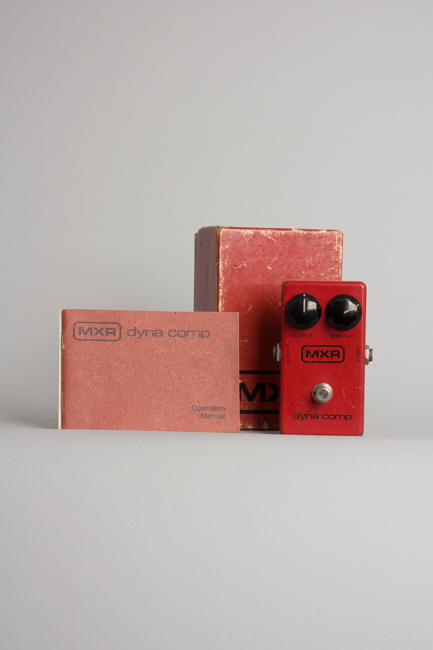 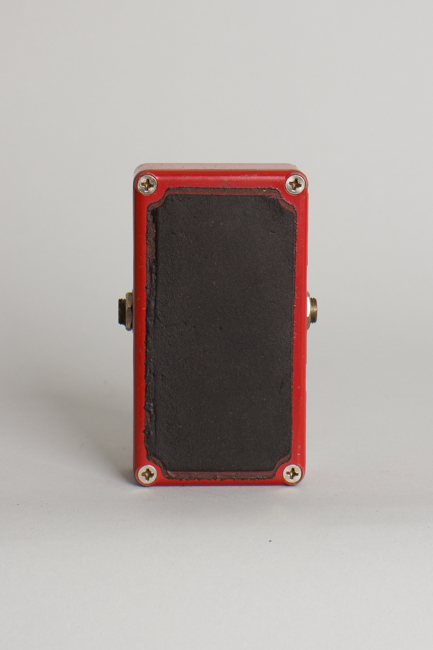 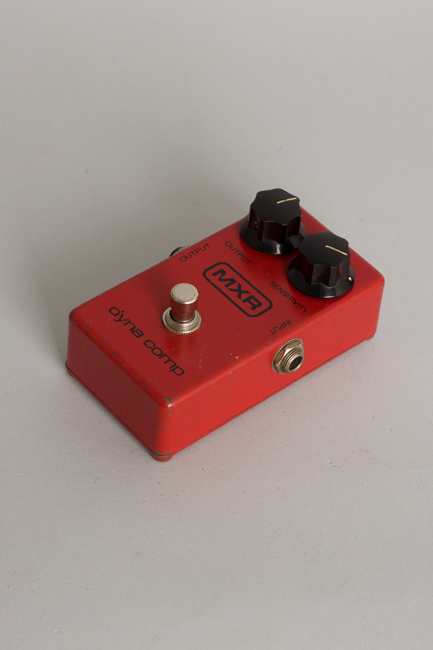 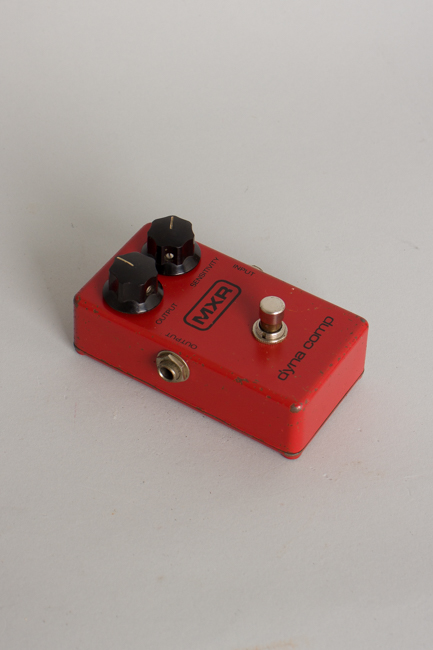 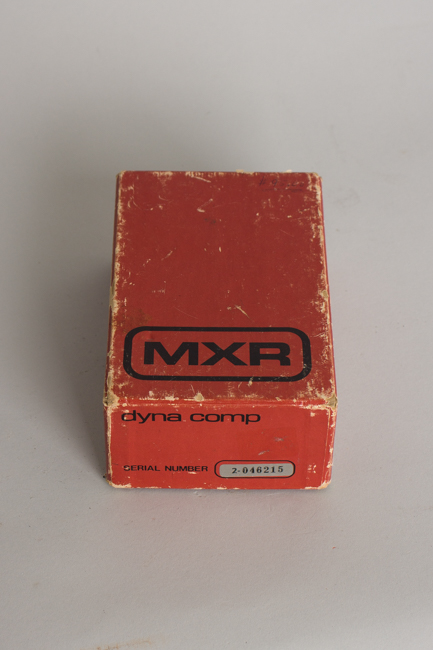 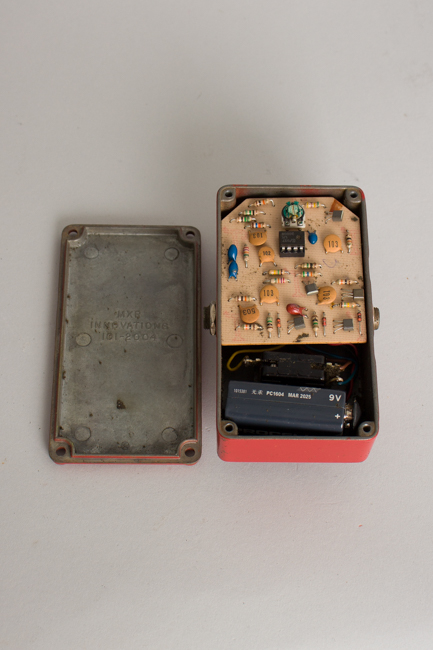 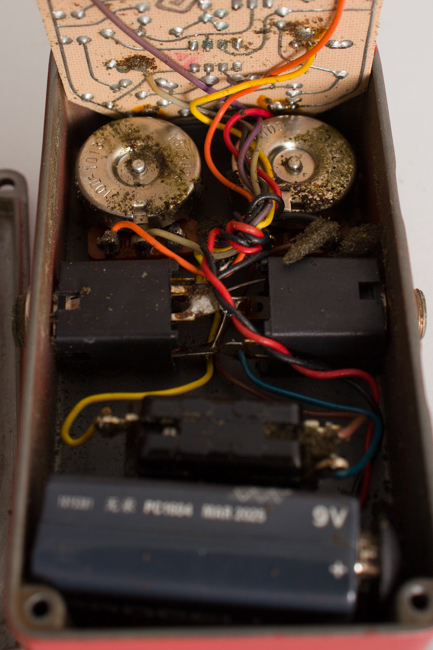 Just Arrived!
$325.00 + shipping
Buy Now
Item # 10730
Prices subject to change without notice.
MXR Dyna Comp Model Compressor Effect, c. 1980, made in United States, serial # 046215. This is a pretty early example of the MXR Dyna Comp just a couple years after it switched from Script font in mid 1977 to the block font that would carry this coveted comp from the late 70's to the 80's and beyond, pot dated within the first half of 1980 and housed within the MXR Innovations 101-2004 2 enclosure. Using a LM3080N operational transconductance amplifier, the later interpolation of the Script's coveted CA3080 chip, the early block Dyna Comps from before the Dunlop buyout in 1984 are still regarded for their warm, clear tonal capabilities and silky-smooth attack. Considered by many to be a classic "always on pedal," it doesn't totally matter that these earlier editions lacked an LED.

This particular pedal is overall great and undistrubed condition; even the electronics inside, seemingly including the battery snap, are original. The only mess inside is a small trace amount of residual foam still clinging to the sides of the chassis that came from its original box and foam cover that crumbled with years. The comp does come with the original box in perfectly stable shape, and within the box is the original instruction manual and unfilled warranty card from MXR. All else appears to be as it was in 1978, with just a little scuff and ding here and there from light use, and some very slight wear around the edges of the original padding on the back. Very Good + Condition.
×