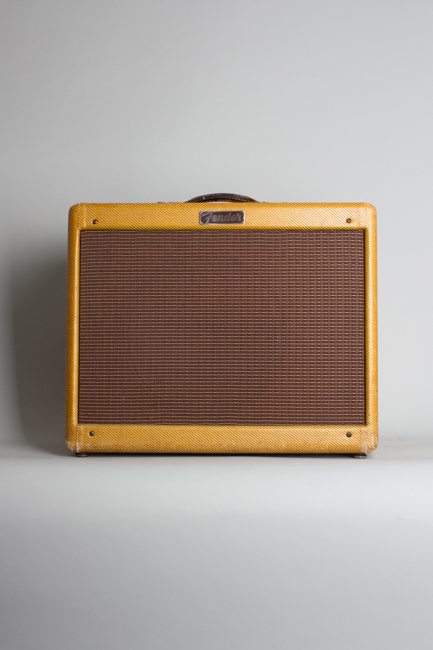 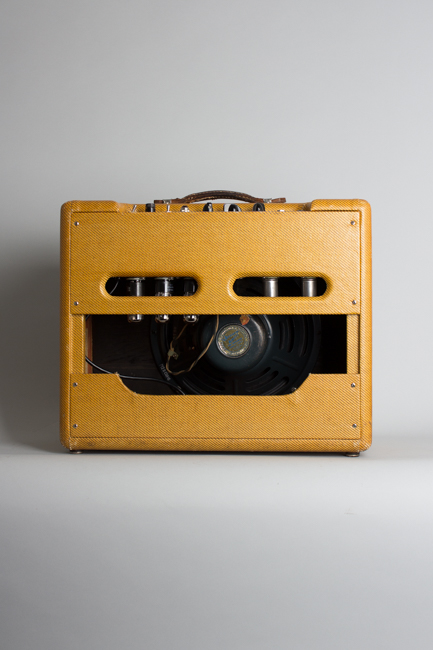 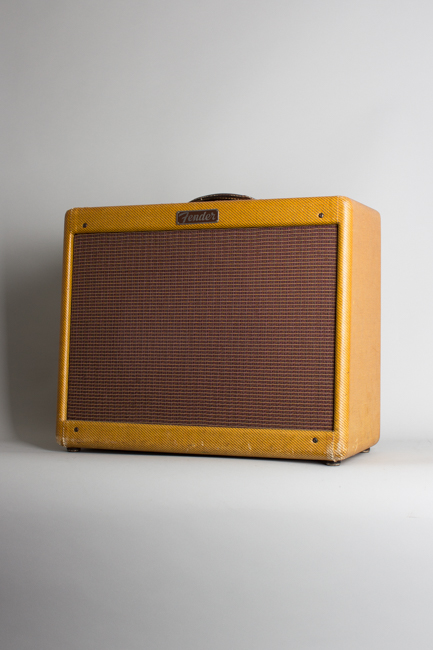 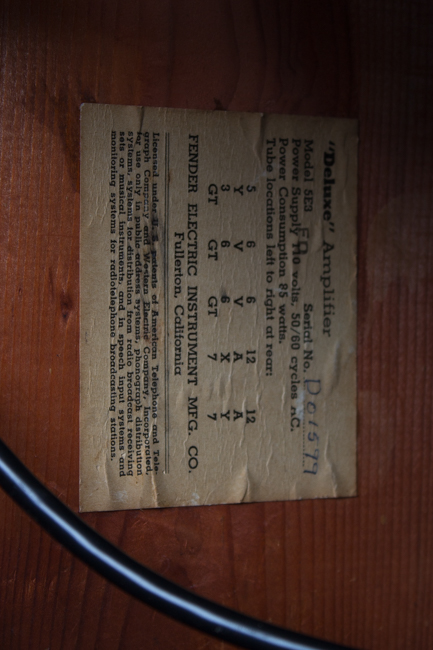 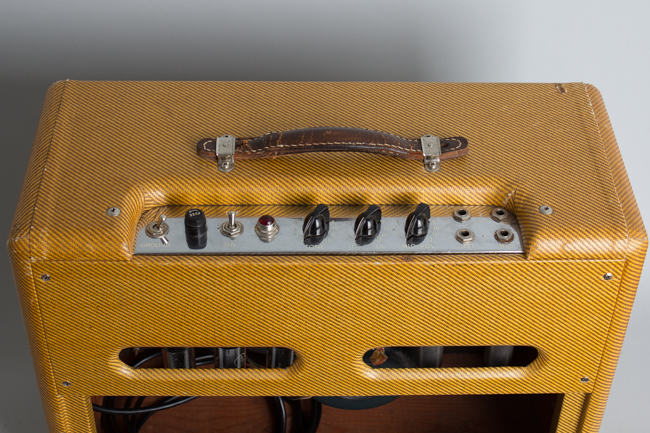 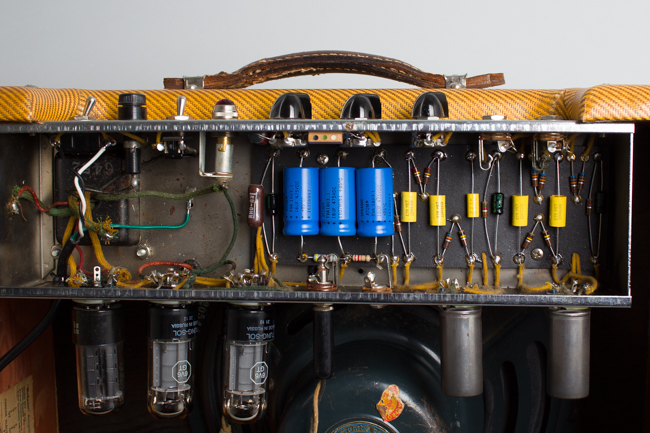 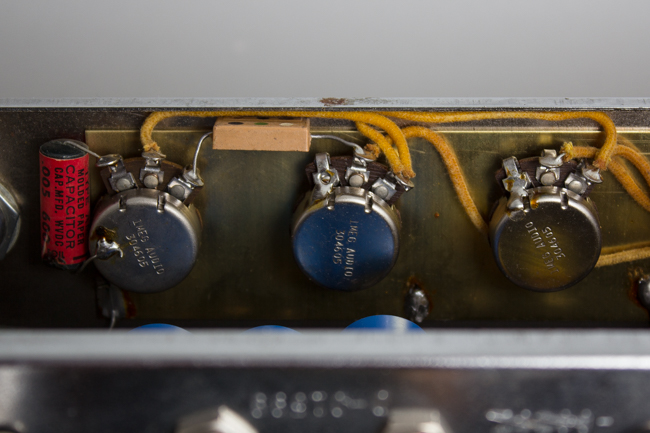 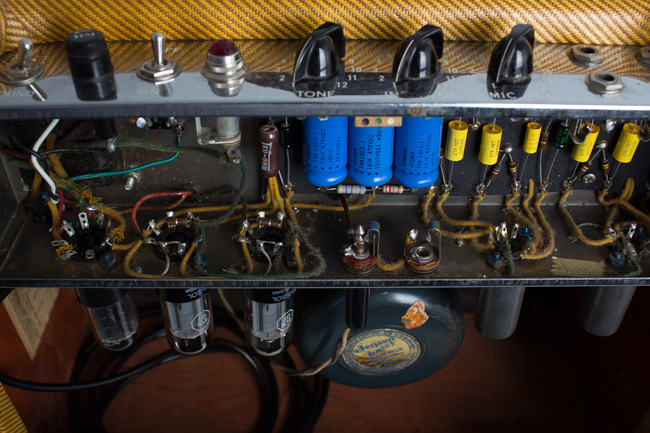 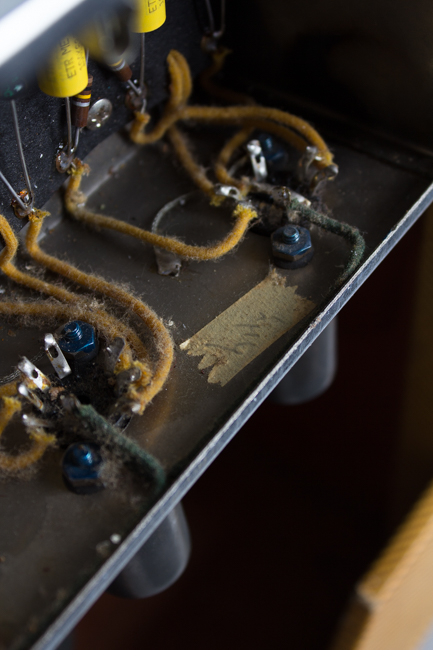 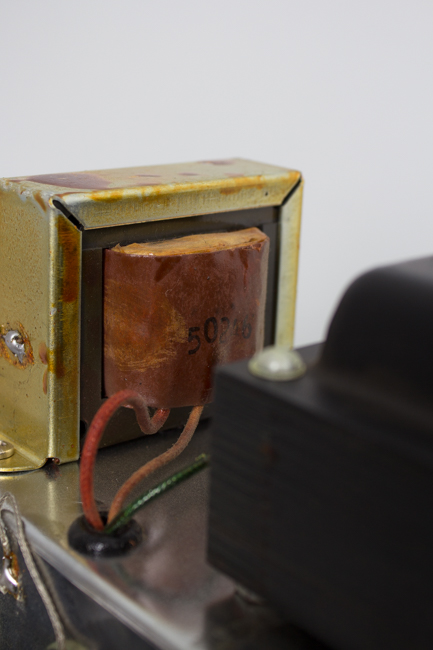 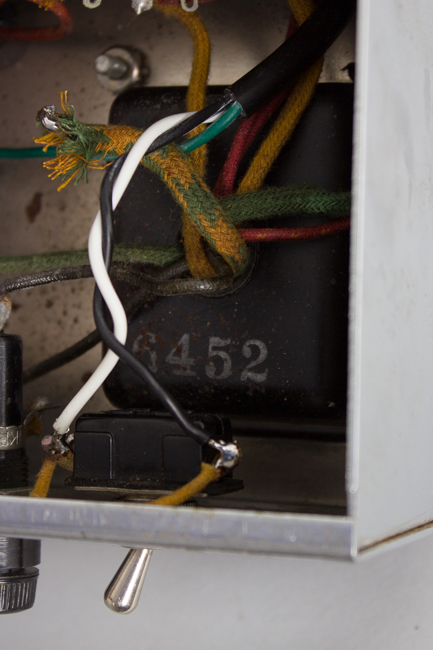 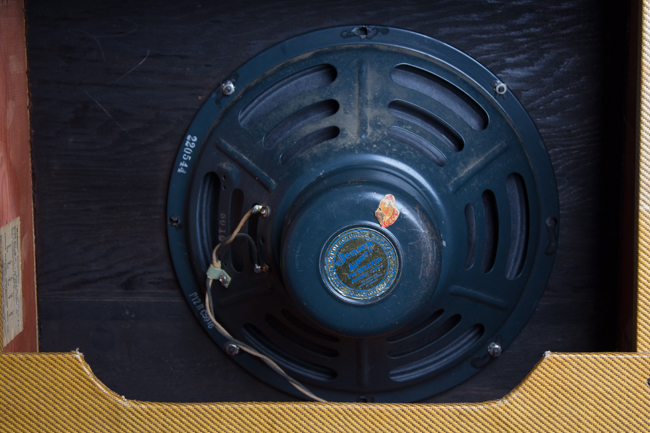 The Fender 5E3 Tweed Deluxe is considered to be the most desirable version of this long-running model and undeniably one of the finest small combo amps ever designed. The revised model started production mid-'55, spearheading the launch of the latest circuit revision replacing its relatively short-lived 5D3 predecessor. Alongside the new 'Narrow Panel' cosmetic appearance the amplifier circuitry also evolved from the 5D3. The new circuit runs at higher voltages than the earlier models giving it more headroom and total gain. It uses the same 12AY7 and 12AX7 preamp tubes but with a cathodyne phase inverter, which is comparatively cleaner than the phase inverters used in other early Deluxe models, offering more balanced gain staging between the power and preamp tubes and has its own unique snarl when turned up.

The control layout also changed from the earlier Deluxe models, now featuring two channels (normal and bright) both having a high and low inputs with each channel having an independent volume control and sharing a single tone control. Typical of the Deluxe model, the amp sports a dual-6V6 power section putting out around 15 watts into a Jensen 12" speaker. This Version of the long-running Deluxe was a world standard gigging and recording amplifier in the 1950s and has remained one of the most prized of all vintage amps since.

This is simply one of the nicest tweed Deluxes we have ever had. It is stunningly well-preserved overall, considering its 65+ year lifespan up until now! The tube chart is stamped FD, indicating assembly in April, 1956. Externally, the rather fragile Tweed cabinet covering is in fantastic shape, bearing an attractive light amber patina, with only VERY light wear on the corners and edges and one notable scuff/cigarette burn at the top left edge. There's a similar smaller blemish like this on the edge of the back panel near the microphone volume control as well. The grille cloth is original and in great shape with no notable fraying or tears. The faceplate is mirror clean with most of the stenciled lettering intact, except for a few letters beneath the instrument volume control. Even the original handle is still present, with plenty of life left in it!

Electrically, this Deluxe is nicely original. The speaker is the original Jensen P12R, marked 220-544, dating it to the 44th week of 1955. It has been professionally reconed and sounds fantastic. Both the Triad power and output transformers are original and are marked 6452 and 50246, respectively. There is one factory oddity; a different serial number was mis-stamped and scratched out on the chassis with the correct one then stamped beside it. Leo was known to be exceptionally frugal but this is the first one like this we have seen; someone may have gotten a dressing down from Forrest White because of this error but the chassis was not written off!

The amp has received routine maintenance, including the replacement of all electrolytic caps, a three-prong power cord, all sockets, pots and jacks cleaned and biased to spec. This amp was wired up by Lily and bears her signature on a piece of masking tape inside the chassis; it may be superstition but we feel she made the best small Fender amps. Whether or not that is true this one certainly sounds fantastic and is simply just about good as it gets for pure 1950s Fender tone! Excellent + Condition.
×