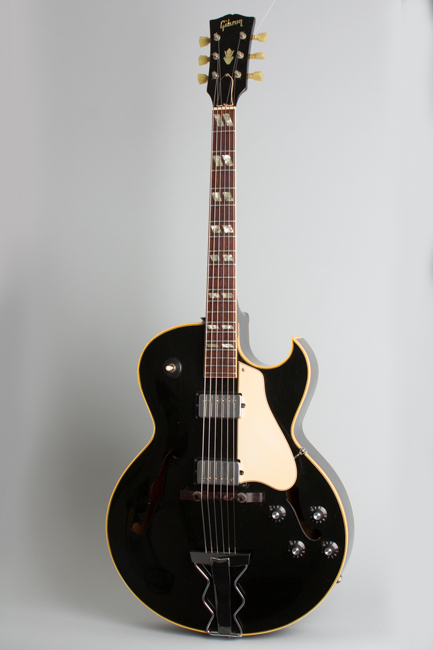 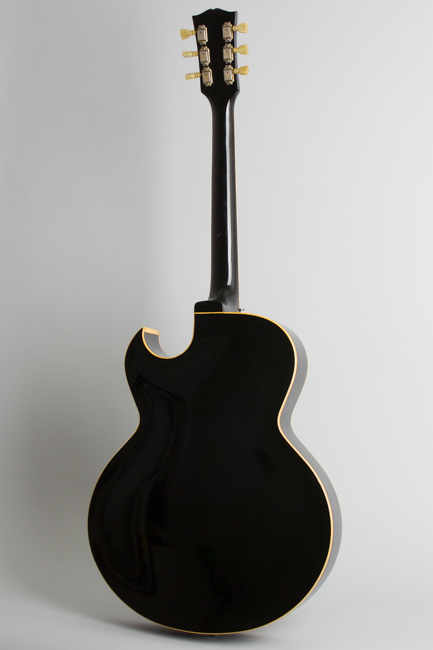 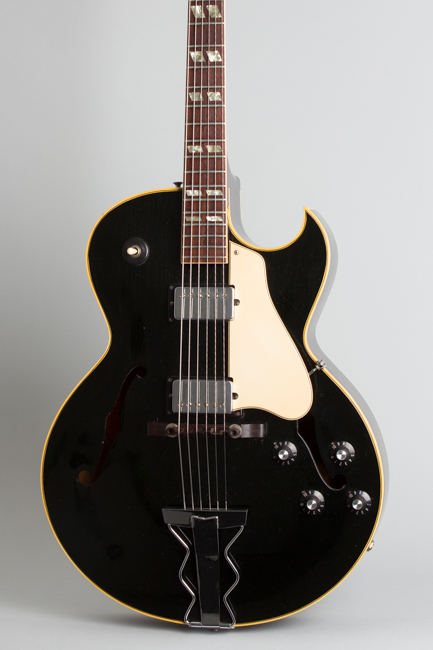 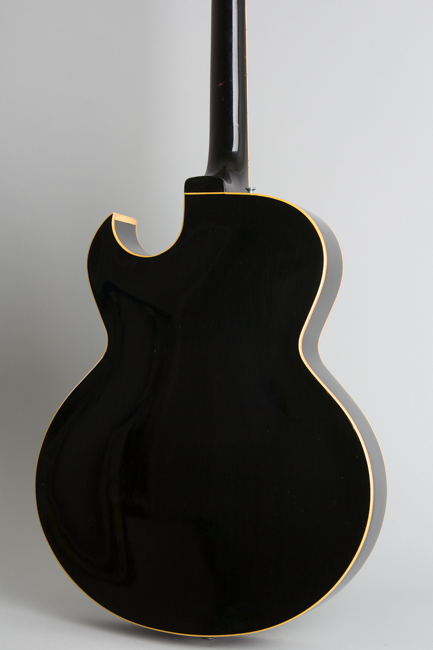 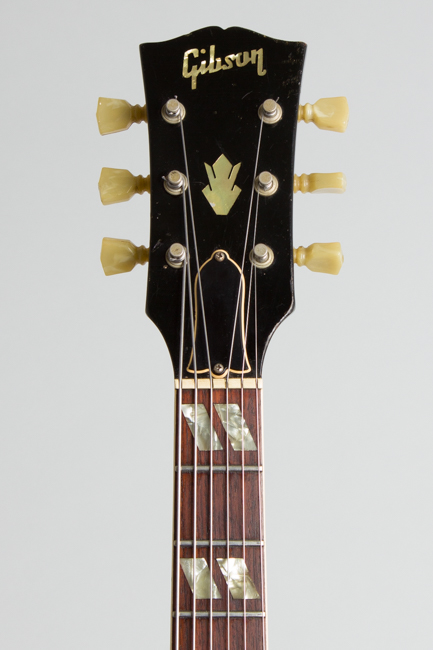 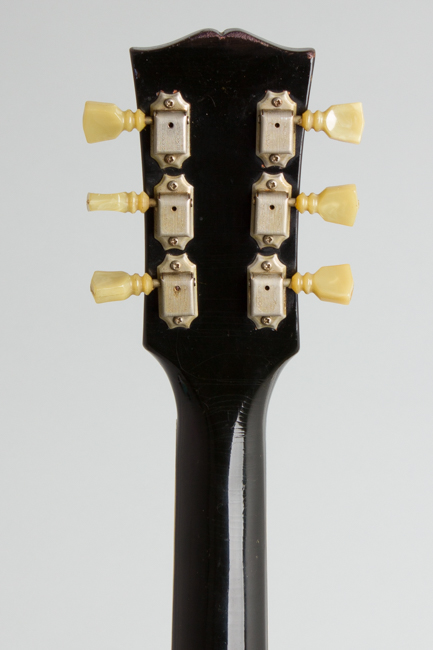 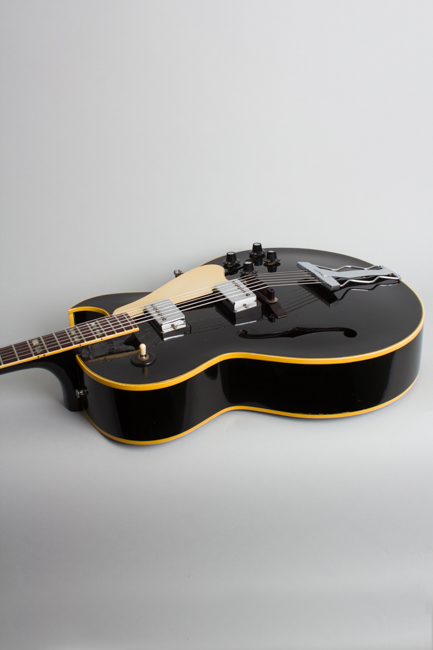 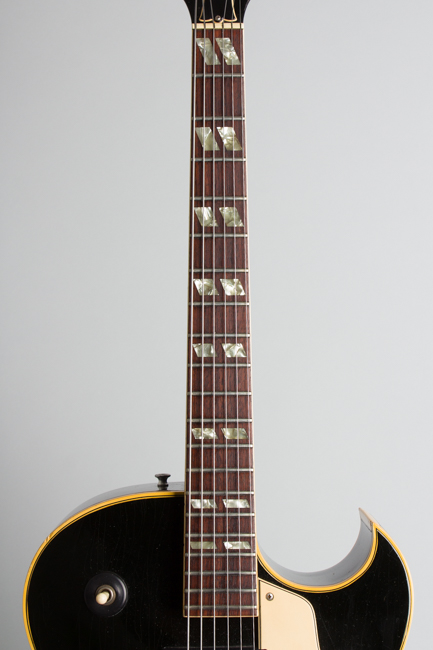 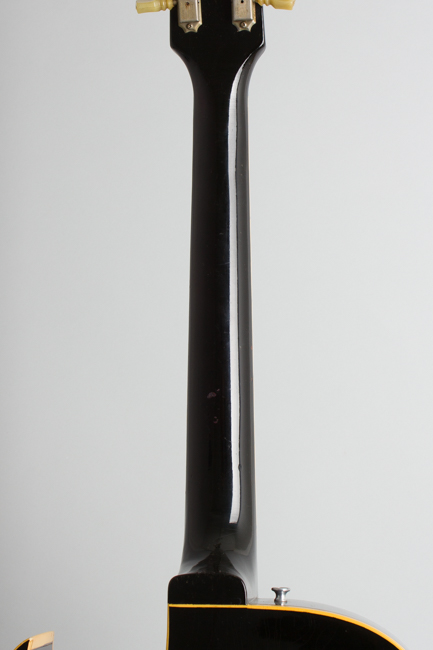 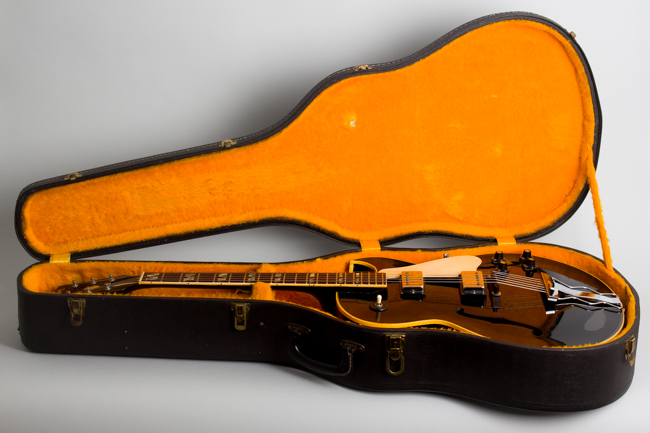 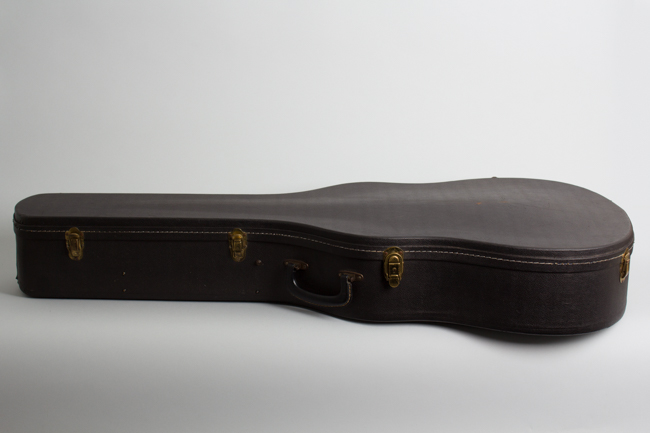 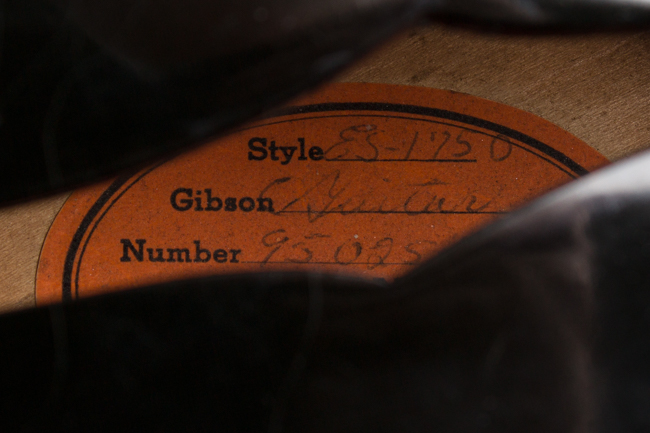 This is a superb 1968 ES-175D in a custom black finish, an unusually dramatic looking example of Gibson's perennial "working man's" electric archtop. While usually pigeon-holed as a Jazz player's instrument, this one is perhaps a bit more of a rocker as it was originally custom ordered with a gleaming black finish instead of the common sunburst. There seems to have been a small run of these ebony gems made around 1968; even so we have only seen one other with the special contrasting white pickguard which gives an especially striking "tuxedo" look

Offering one of Gibson's best combinations of sound and value, the ES-175 has been consistently popular since its launch in 1949. The double pickup version was launched in the early 1950's and is a somewhat more versatile instrument. The ES-175D is considered one of the classic electrics of all time, but was not made in the same quantities as many Gibson electrics. The published production numbers show 1968 as the peak vintage year for the model with 949 shipped, but the tiny percentage of black examples was not recorded separately.

Apart from the ebony finish and contrasting pickguard this two-pickup black beauty has typical features for the late 1960s. This is the period when Gibson narrowed their necks dramatically; the nut width on this guitar is a very slim 1 1/2". The hardware is chrome plated and the knobs are the late '60s "witch hat" style but otherwise the model is little changed from the late 1950's. With a two Patent-number humbucking pickup this 175 has the classic period sound but looks more wicked than its sunburst siblings doing it!

While to many players an ES-175 instantly murmurs "jazz" when plugged in, the double pickup D model is actually a fairly versatile guitar suitable for a wide range of styles. Numerous jazz greats including Herb Ellis, Jim Hall, Kenney Burrell, Pat Metheny and more have made it a mainstay but sophisticated rock players including Steve Howe of Yes and Richard Thompson (in the earliest Fairport Convention days) made good use of it as well. This black ES-175d adds a unique look that can lend class or badass depending on the context!

This is a clean guitar overall, nicely preserved looking played but well cared for over the past 54 years. The original finish and hardware are intact and complete; the only alteration is the bridge wheels and posts may have been replaced as they are a bit stouter than typical 1968 style; the rosewood bridge itself appears the correct period fitting. The black lacquer has not faded appreciably, the finish is clean overall with some typical wide checking, dings and dents. There is a feelable chip in the back of the neck behind the 8th fret and some small chips and dings around the headstock.

There is a correct period Gibson strap button on the upper side above the heel; this may have been added when new or a factory fitting ordered at the time. The original frets have had some minor G&P work and the guitar plays very well, complete in the original yellow-lined case also very well preserved. An original period strap and hang tag are included. This guitar is a really cool twist on the '60s 175 formula, adding a bit of drama to the generally respectable 175 character. It is still ready for anything from straight bop to vintage rockabilly to screaming psychedelia, just like it was in 1968! Excellent Condition.
×