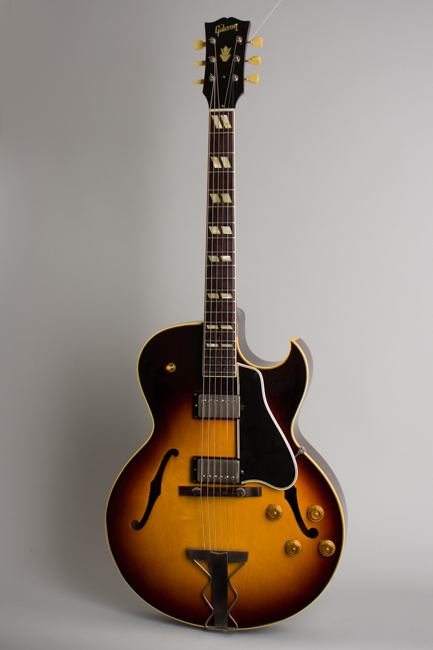 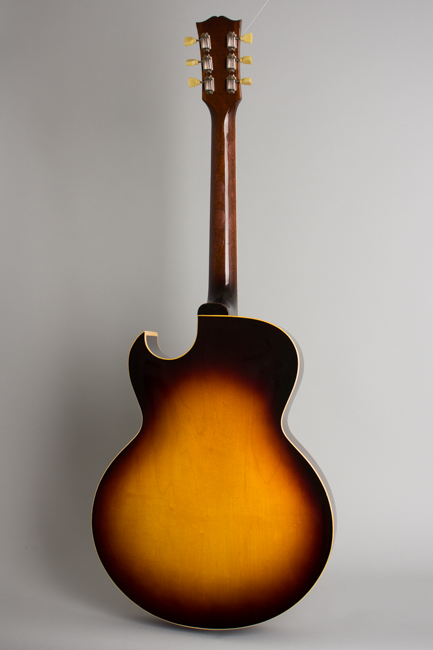 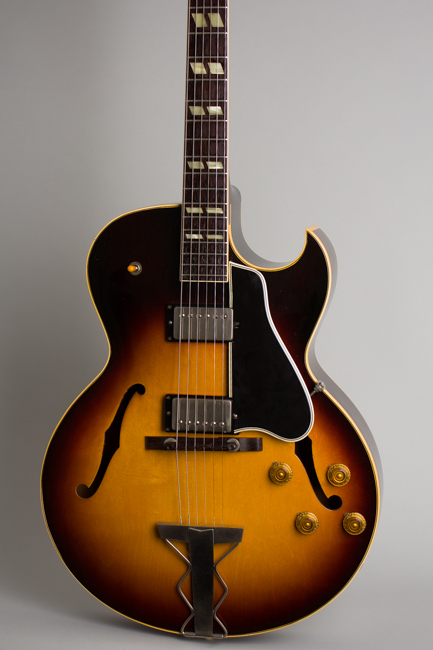 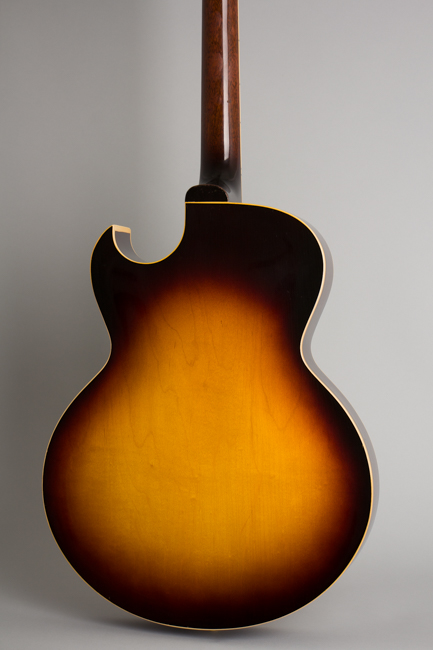 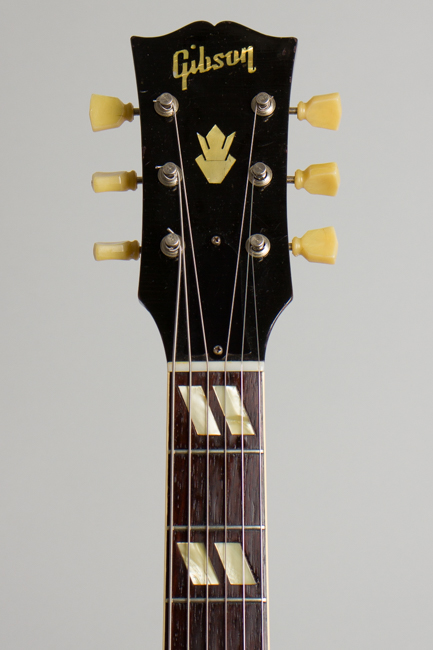 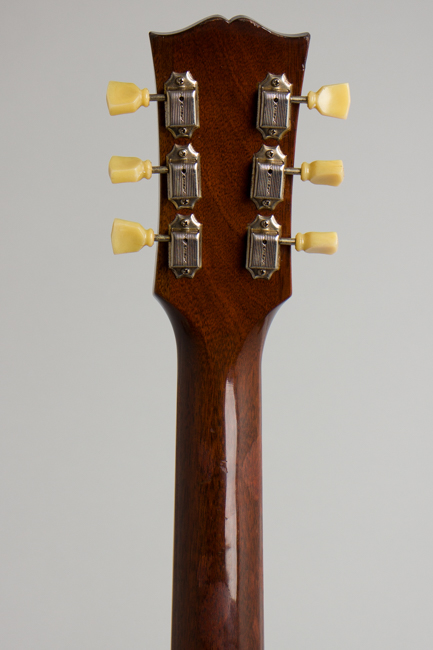 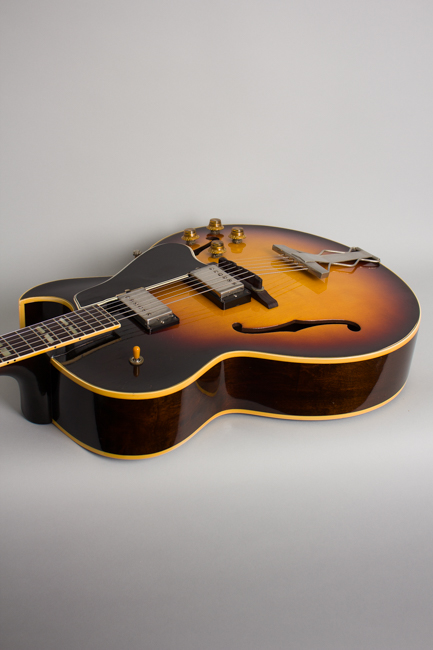 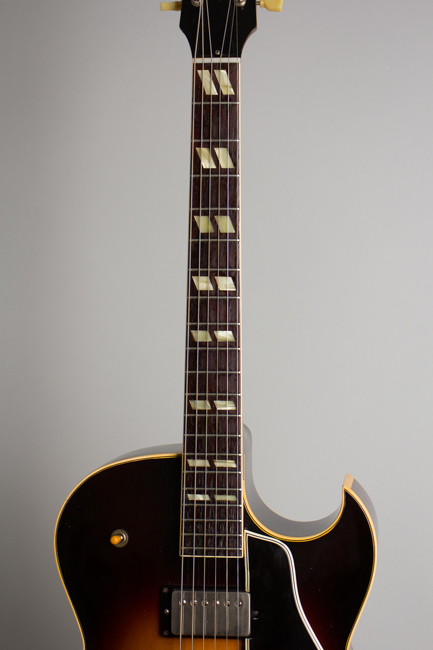 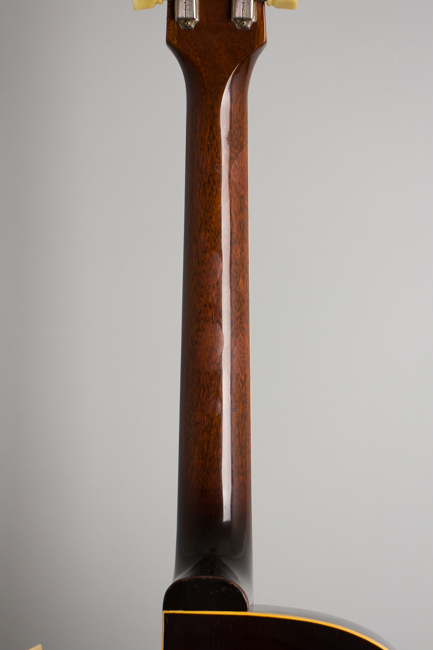 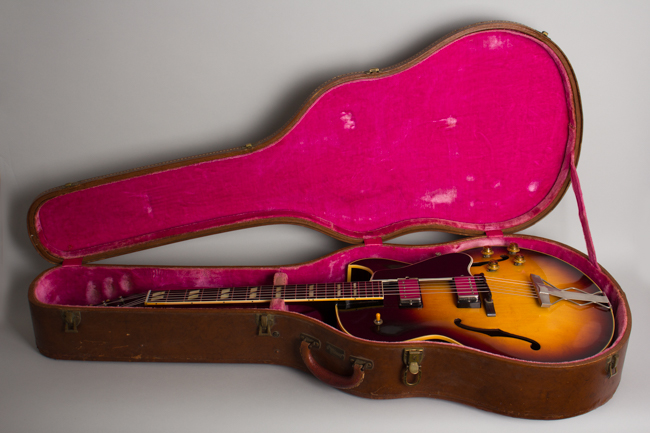 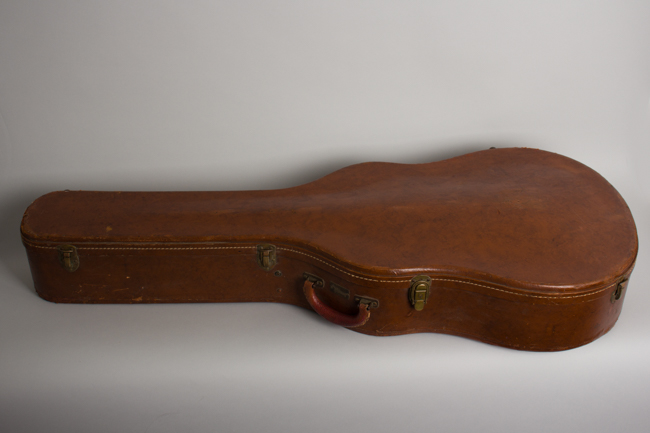 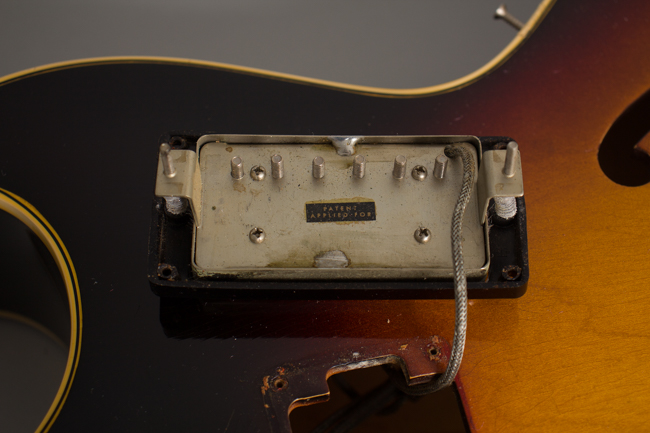 The guitar is a truly beautiful all-original example of a double pickup ES-175D from arguably Gibson's finest era, the late 1950s. It mounts a perfect set of virgin Patent Applied For humbucking pickups with the original solder joints intact and a completely unmolested wiring rig. These pickups had just recently developed at Gibson when this guitar was fitted out and are now venerated by many as the finest pickups ever made. Over the years, many of these lovely hollowbody guitars have been stripped of their electronics (material for all the "extra" 1950s Sunburst Les Pauls floating around had to come from somewhere), so finding one with the pickups and wiring rig completely intact is now is increasingly difficult.

This guitar was shipped in early March 1958; the factory order number under the treble f-hole dates the initial construction to 1957. The ES-175 was actually the first model to receive the new pickup upgrade, the earliest production guitars to receive them were a batch of ES-175's with serial numbers in the 25000 to 25030 range shipped in late February '57. This guitar carries a stunning set of original untampered with "Pre-sticker" nickel-plated PAFs with untouched solder joints on the covers and wiring.

Apart from its now-legendary electronics this ES-175D features a sunburst finish laminated maple body with triple-bound top and single-bound back. The mahogany neck is topped with a bound rosewood fingerboard inset with pearloid double parallelogram inlays. The unbound headstock features a pearl Gibson logo and crown inlay, and carries Kluson Deluxe tuners with "single line" keystone buttons. (These are also often pilfered for "1950s" Les Pauls today but remain intact on this example). The nickel-plated tailpiece is the second "wavy" version specific to this model, the original bridge is the standard Gibson rosewood adjustable piece.

This early 1958 guitar represents the apex of Gibson's 16" electric Jazz guitar perennial, which had been enduringly popular since its introduction in 1949. With two its humbucking pickups and the four knob/one switch wiring rig that became the standard Gibson electric layout, this truly classic Gibson creation remains one of the company standards. These original PAF-equipped guitars are rarer than many realize; only 285 sunburst "D" models were shipped in 1958, far below the totals of many other Gibsons in the era. While the model has long been a mainstay of too many jazz players to count, the double-pickup ES-175 is a very versatile instrument suitable for a range of styles. Steve Howe famously played one with Yes in the early 1970s; in the lower volume environments common today this ES-175D can handle practically anything with grace, style and that always amazing PAF tone.

This is a truly beautiful guitar, clean and all original with just some light wear overall. It has been played, but extremely well cared for along the way. The nickel plating shows only very light loss, less than usual on Gibsons from this period. The rich unfaded sunburst lacquer shows some light checking with very minor dings, dents and scrapes, most notably around the headstock edges. The only place the finish is worn through is on the back of the neck, where the lacquer is down to the undercoat and wood in several spots from playing action. The top of the bridge is worn down a bit as well, all indicating an exceptionally well cared for instrument that was still played regularly.

The block securing the pickguard to the neck edge has been replaced, and the guard is just slightly distorted in this spot as a result. Apart from this there are no repairs or alterations. All parts are original including crucially the two early PAF pickups and wiring, which at this late date are often removed from this model for Les Paul recreations. The ES-175D is the prime victim in these PAF abduction cases, having the two correct pickups plus pots, switch, wiring and caps and tuners that are also coveted.

The fingerboard shows some light wear in the lower positions, The original small wire frets are still intact, crowned down a bit but still quite playable. This is, as expected a truly superb sounding instrument; while these pickups are prized for their hard rock capabilities they also offer a lovely touch-sensitive sound on a hollowbody with many nuanced tonal shades. While always considered a popular guitar these PAF-equipped ES-175D's are something of an endangered species today. This is one of the nicest early examples we have seen in some time, complete in its original brown HSC with a passel of period paperwork including the correct hangtag and PAF instruction sheet. Overall Excellent + Condition.
×