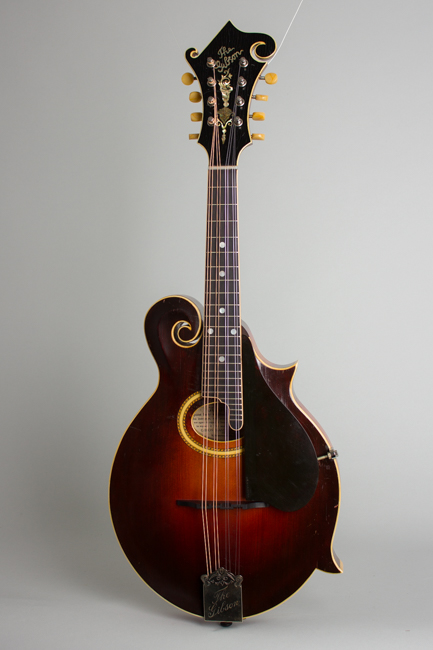 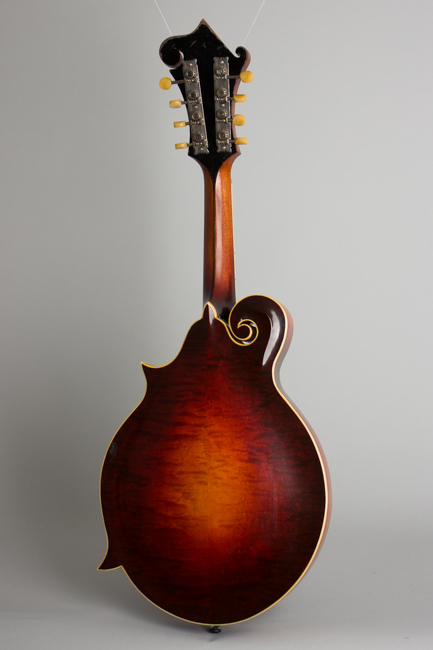 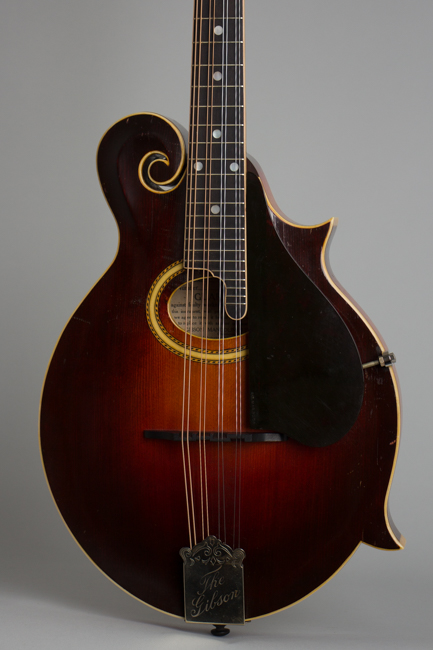 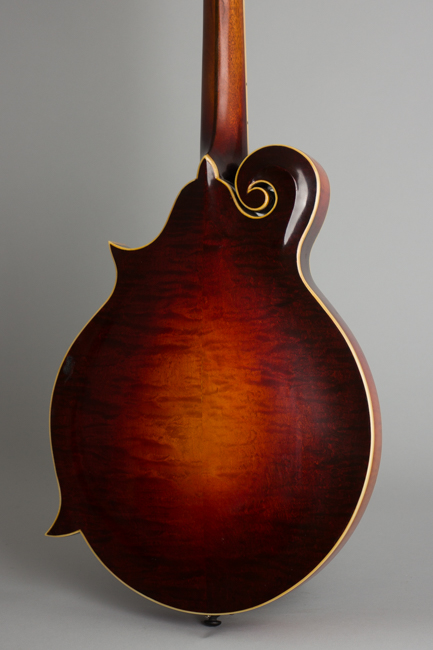 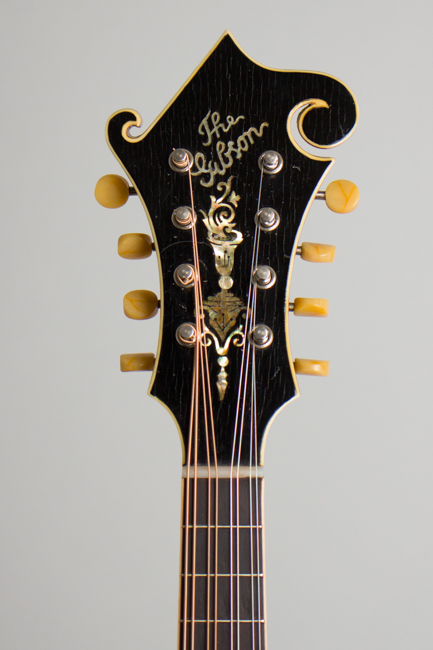 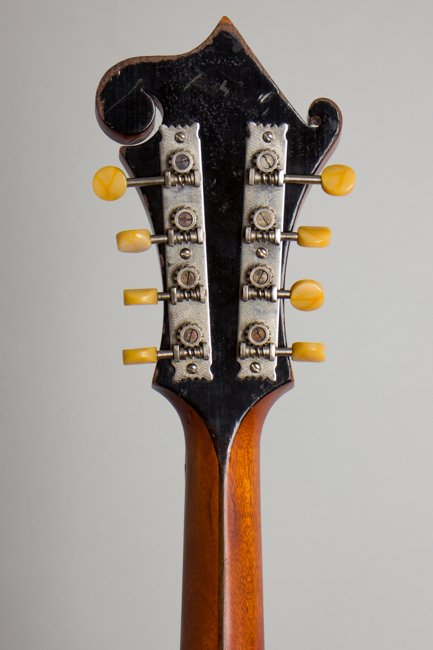 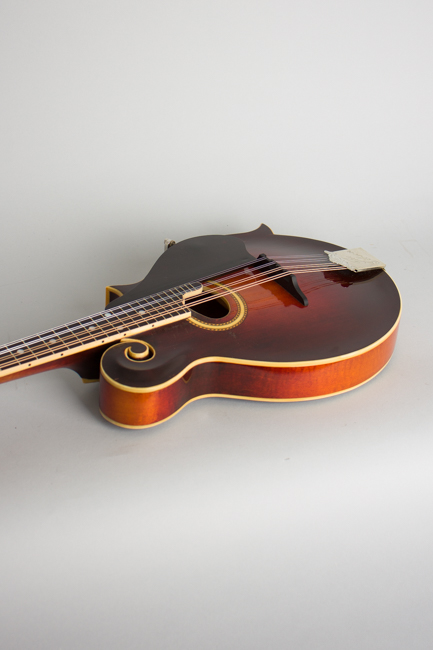 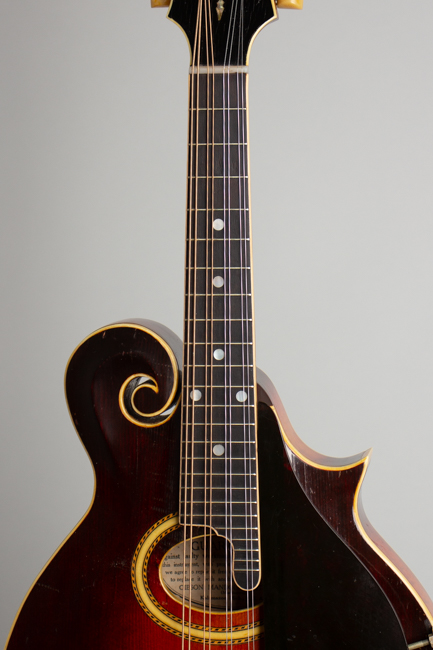 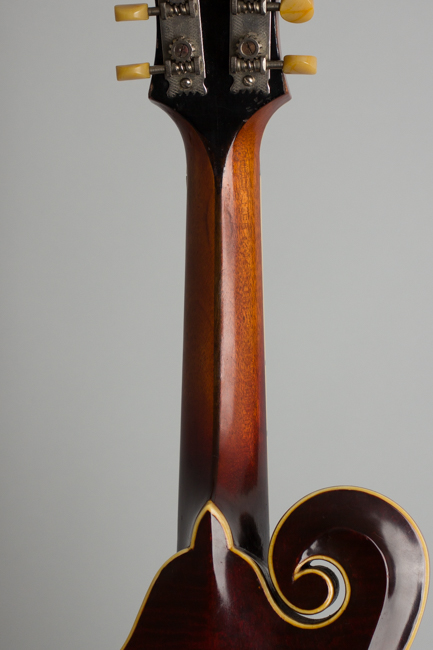 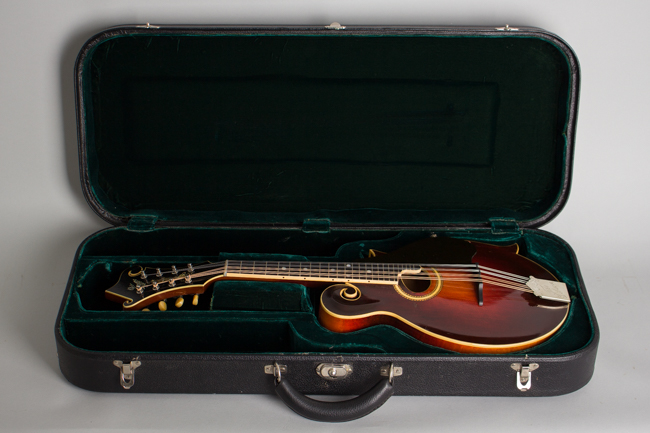 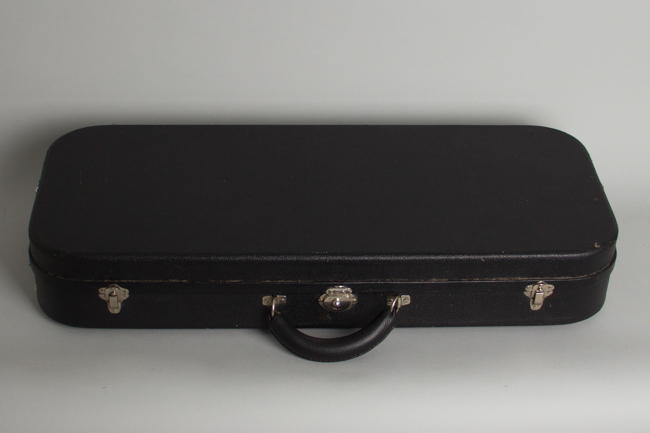 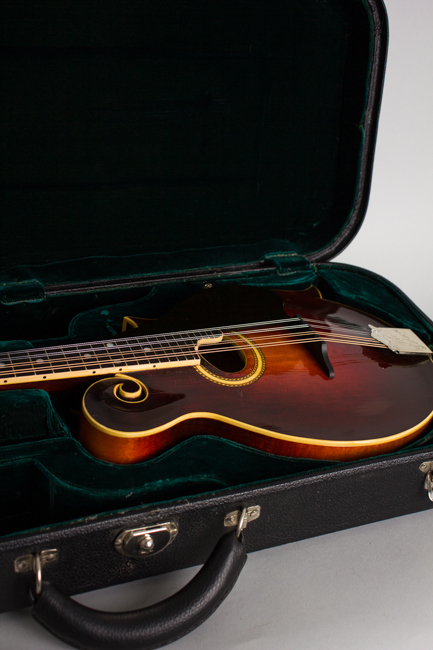 As vintage mandolins go there are not too many more hallowed instruments than a Gibson Style F-4 Artist Model from the early 1920's. This example was built around the beginning of 1922, just as the "Lloyd Loar" period was getting seriously underway at Gibson. It represents a spectacular portrait of Gibson's craftsmanship approaching the apex of the mandolin era, shortly before the company's focus shifted to banjos and then guitars.

Mandolins from this particular time are revered for their beautiful sound, elegant Art Nouveau look and exceptional build quality, the result of 20 years of Gibson perfecting their founder Orville's designs. The F-4 Artist's model was Gibson's highest grade mandolin until the advent of the F-hole Master Model F-5 in 1922-3. Even after that $250 model's introduction the F-4 remained priced at $150.00, an extremely expensive and prestigious instrument. Both the serial number on the label and the Factory order number stamped on the neck block of this mandolin remain clear and date to the early months of 1922, the period just before the F-5 was launched.

This F-4 still has some older features common to the pre-Loar period. The two-piece back and sides are made of superb flamed maple; despite Gibson's catalog descriptions, only the Style 4 instruments were actually built with the specified maple body. The top, back and sides feature a beautiful deep red-orange sunburst finish and are bound in grained ivoroid. Other fittings are standard for the period including a raised tortoise celluloid pickguard with the side clamp, engraved tailpiece cover and a solid ebony bridge with a stepped compensated top.

The elaborate scrolled headstock carries the slanted "The Gibson" pearl logo over the original long "flowerpot" inlay that would be discontinued within a year or so due to the addition of a truss rod cover. The mahogany neck pre-dates the introduction of the adjustable truss rod; it has an ebony strip down the center and is slightly slimmer than 1910's examples with a more subtle but still distinct "V" profile. The tuners are the special open back strips specific to this model, with elongated shafts on the ends and celluloid buttons. A distinctive touch from this period is a genuine pearl nut.

The venerable F-4 was overshadowed by the new heavily-promoted F-5 after 1923, but examples from the first half of the decade are among the finest ever built and spectacular sounding mandolins. The tone is mellower than Gibson's subsequent F-hole instruments, but with plenty of body and "bite" when needed. This instrument would have been the top choice for any virtuoso mandolinist in 1922, and today is still an iconic creation. It has some minor scars from nearly a century of use but like a fine old violin is still a wonderful instrument to play; until lately it was in the arsenal of a veteran player used in theatrical and recording context.

This mandolin shows general wear overall but has remained largely original over the last 99 or so years. The finish shows some small dings, scratches and dents over the entire instrument but retains excellent color with virtually no fade and a lovely patina. The back of the body and neck look to have had a very light French polish (or similar treatment) some time back; the top and headstock appear untouched. There are some pick marks to the top off the top of the soundhole and above the fingerboard, a larger area is worn through the finish neatly covered by the pickguard, which must have been dismounted for a long time. the headstock has noticeable checking on the face and wear to the back edges.

The only visible cracks are a couple of small tight spruce grain checks on the top running back from the front edges, one above and one below the fingerboard. These are inconspicuous and have been sealed with no touch-up added. The instrument shows no other cracks or even any evidence of the typical edge seam repairs. The headstock scroll has never suffered any splitting, which is common with these. Nearly all the hardware is original and complete including the tuners, tailpiece, carved one-piece ebony bridge, and raised celluloid pickguard; only the mounting bracket is a modern repro.

The frets appear to be the original thin wire, crowned down slightly and showing very little wear. This is a very sweet and enjoyable mandolin to play with a sparkling sound and a most comfortable action, a wonderful survivor of the eventful century since Gibson's first glory days. It is housed in a more recent repro of the 1920s rectangular case most familiar from the Loar-era F-5's. Overall Excellent - Condition.
×