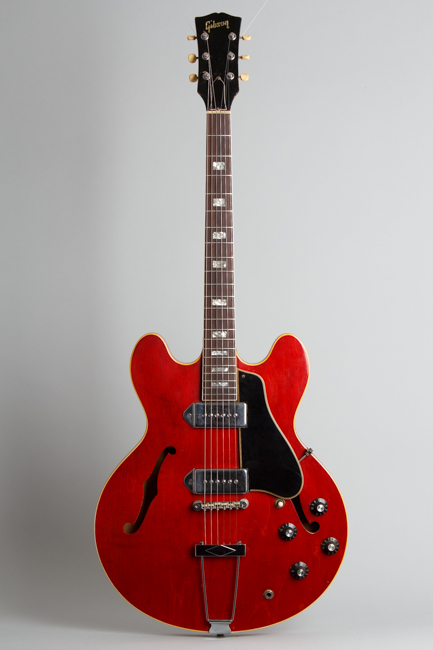 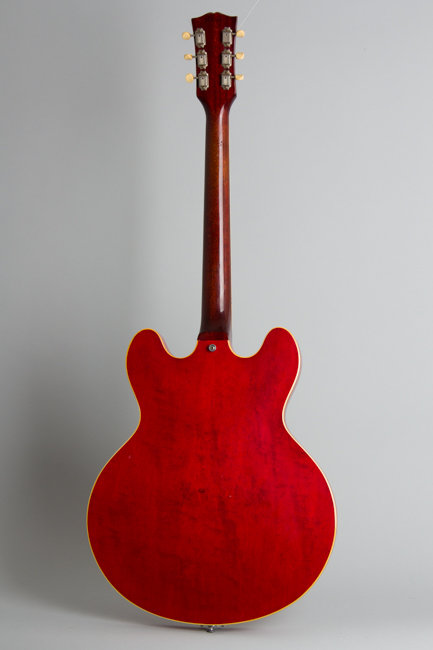 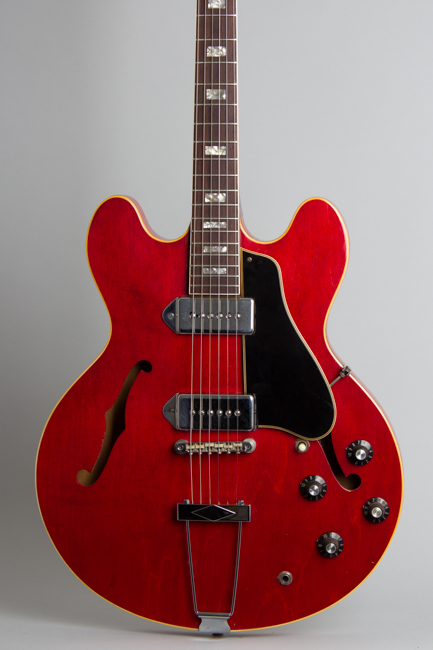 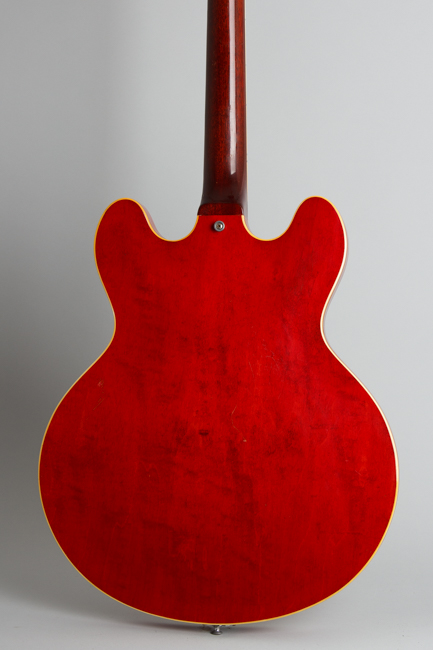 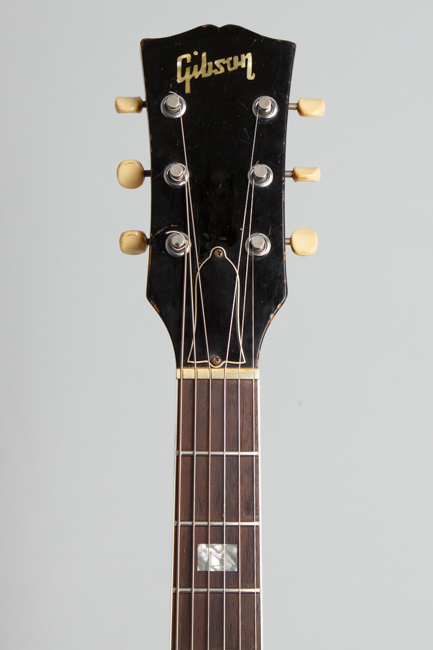 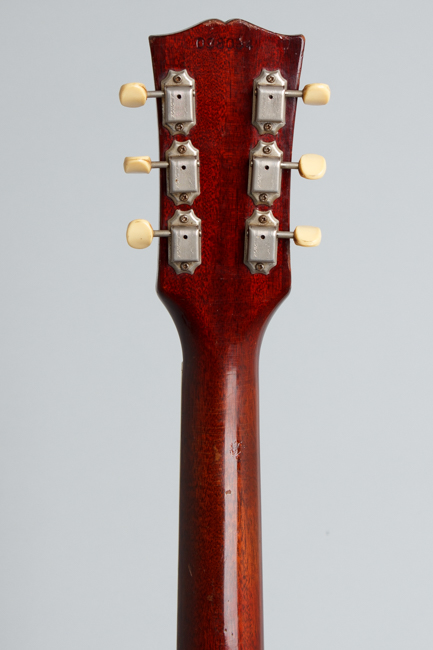 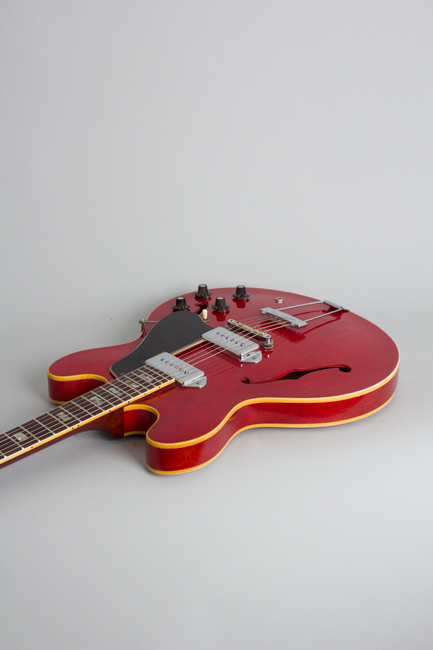 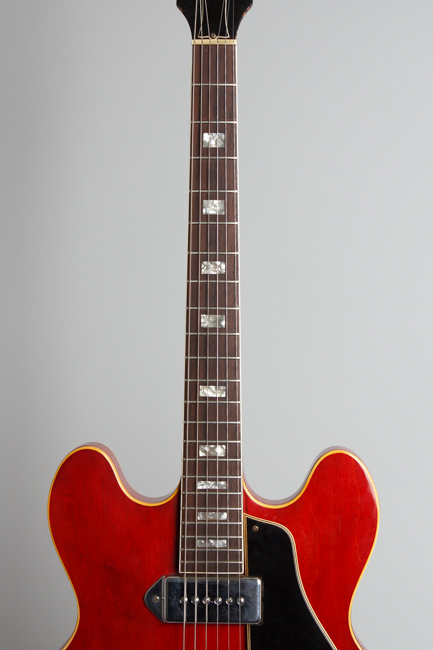 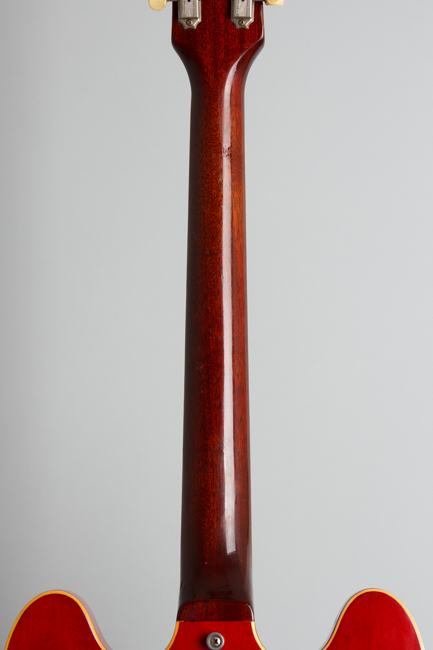 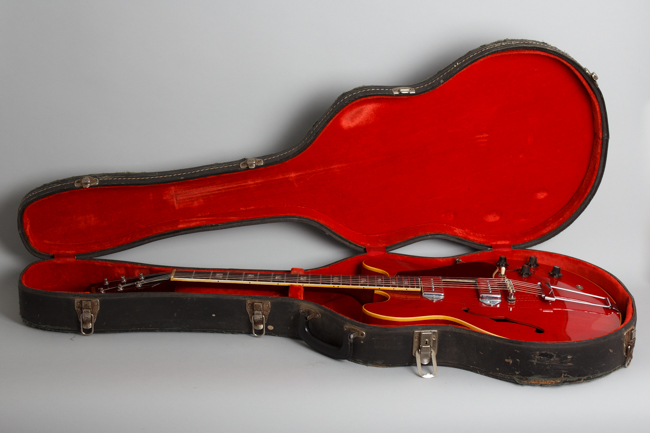 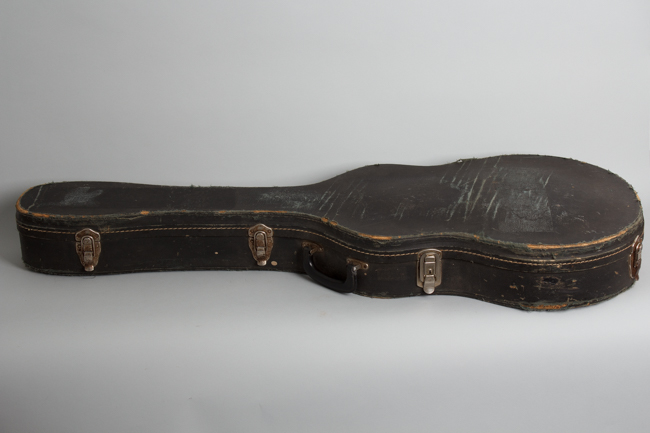 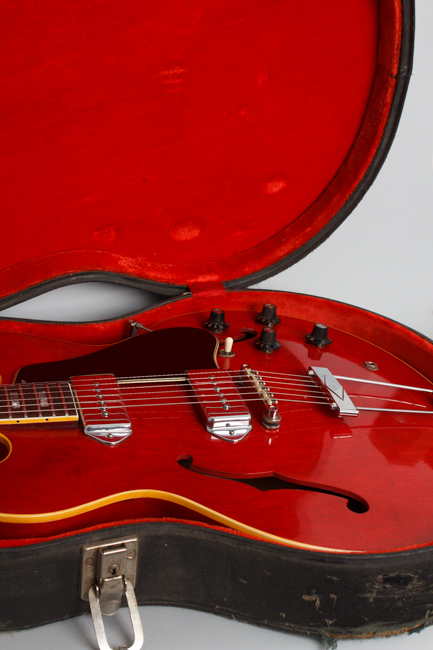 This is a very nice original example of a cherry finish ES-330TD from 1967, with typical features for the period including chrome pickup covers, tailpiece and tune-o-matic bridge with nylon saddles. The nut is the very narrow1 1/2" width sometimes seen this year, although 1 5/8" was the technically correct standard. 2563 cherry ES-330TD's shipped from Kalamazoo in 1967, the model's grandest total to date. While not particularly rare these were still not built in enormous quantities compared to many modern instruments.

The single bound body has a brilliant cherry finish overall and is fully hollow, unlike the semi-hollow 335-355 series. The neck joins the body at the 16th fret and has a bound rosewood fingerboard with pearloid block inlay. The tuners are single enclosed Kluson Deluxe with plastic buttons. The two P-90 pickups are mated to the standard Gibson wiring rig, with the newer late 60's style "witch Hat" amp-style plastic tone and volume knobs and white switch tip.

The ES-330 is a great sounding and very versatile guitar at home in many musical situations. Despite being intended by Gibson as an "amateur" instrument (the least expensive of the double-cutaway thinlines) the 330 has been used by legions of professional players and heard on countless classic records in many styles since its introduction in 1959. Jazz great Grant Green used this model extensively on his most well-regarded early-1960's recordings. A number of period bluesmen have been spotted with it as well, including B.B. King, Chuck Berry and most notably Slim Harpo, who is nearly always pictured with one.

The 330 and its nearly identical sister guitar the Epiphone Casino were featured in countless '60's British invasion groups, including the Beatles, Rolling Stones, Kinks, Manfred Mann, the Merseybeats and many more. The American garage band era players who took inspiration from these bands made extensive use of the model as well. This early 1967 guitar shows only minor wear and is a very nice example, recently refretted for superb playability with the expected "Fab" sound in spades!

This guitar is in very nicely preserved original condition overall, looking played but well cared for over the past 55+ years. The original finish The cherry lacquer is clean and bright overall with some typical checking but very little fade, retaining strong color. There are some fairly minor dings and chips overall but no heavy wear; the back has some belt buckle scratches into but not through the finish.

The original hardware is intact and complete except for the tailpiece which is the correct style but has replaced a Bigsby previously fitted. The chrome plating shows some minor wear on the pickup covers and bridge. The guitar has recently been neatly reftetted and the fingerboard trued making for a super friendly player, especially if you like a narrow neck. It sounds great and resides in a later (1970s or 80s) ES-335 style black case. Excellent - Condition.
×