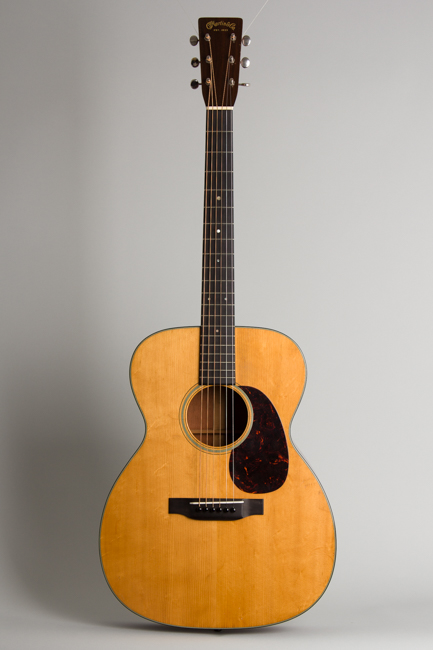 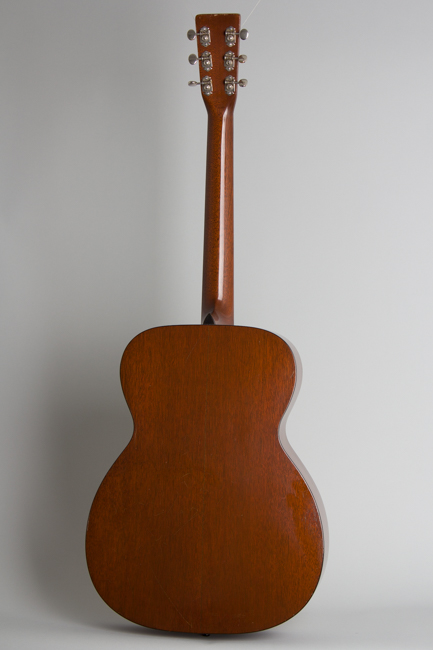 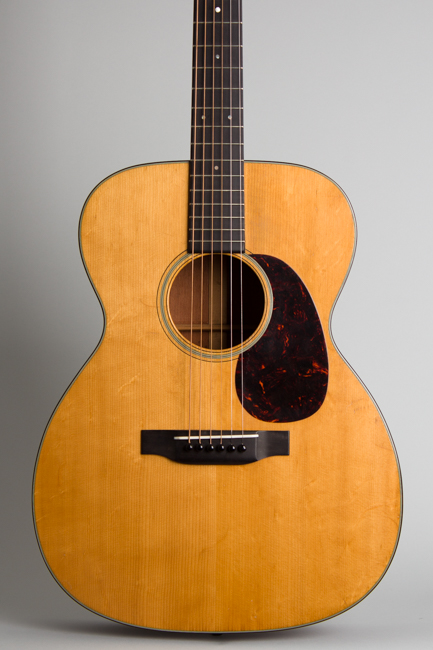 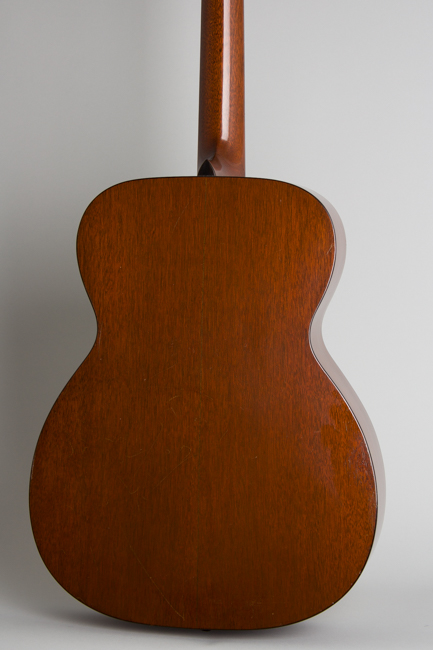 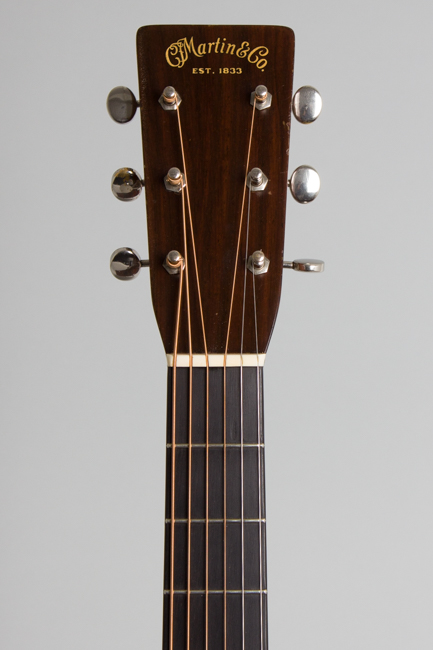 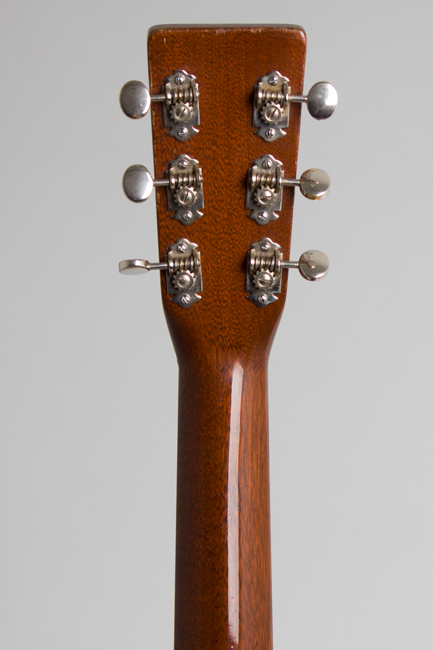 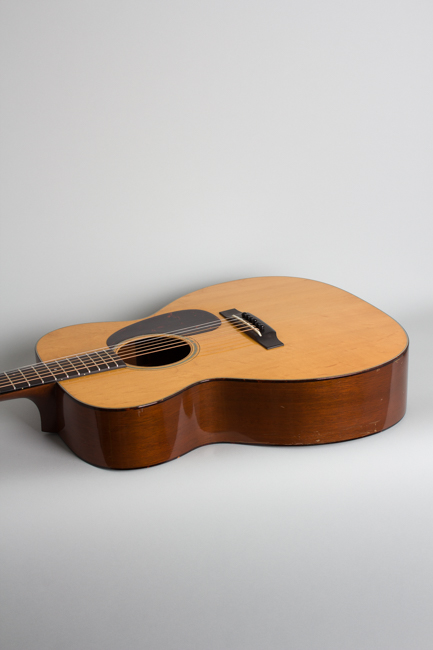 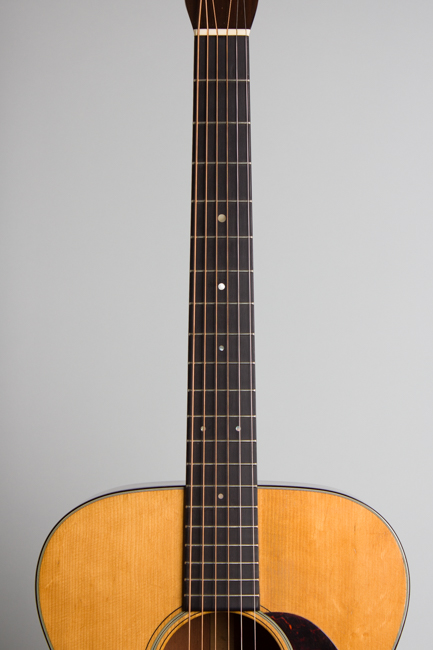 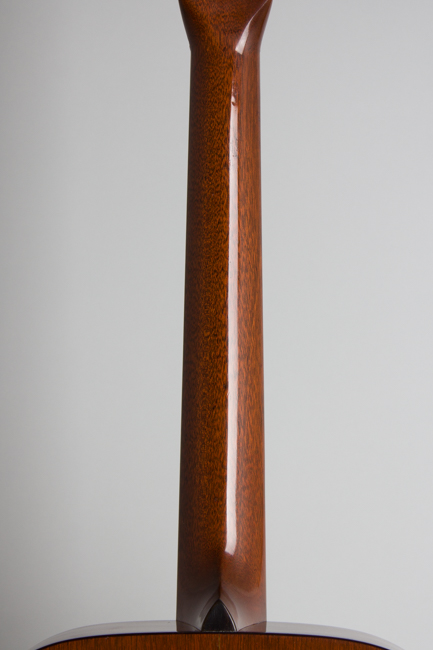 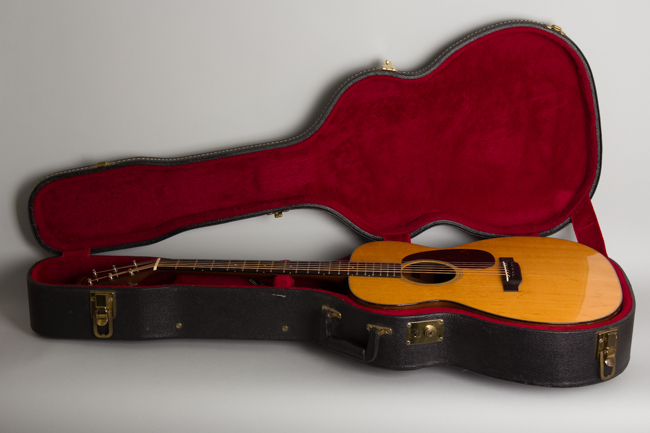 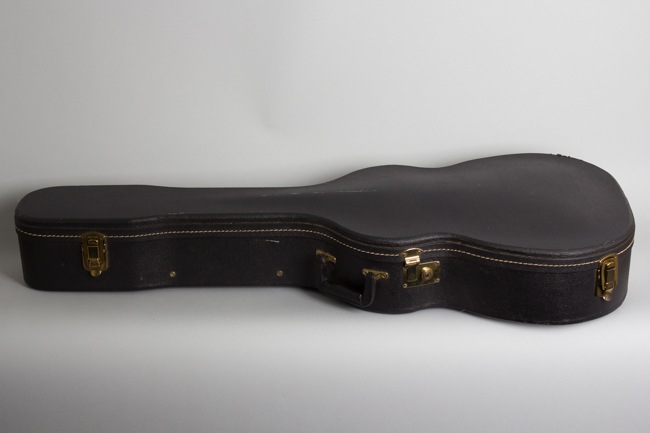 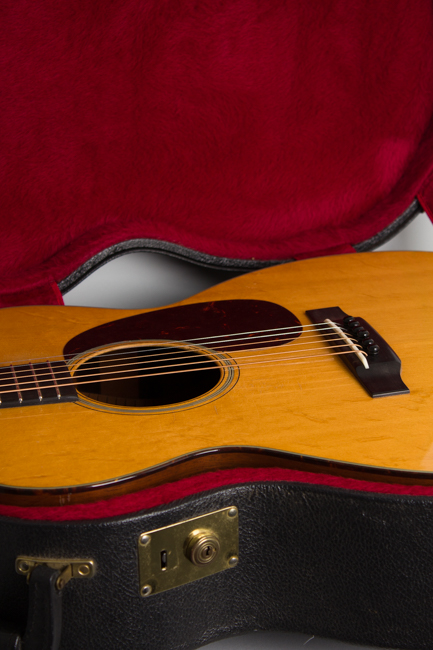 A pre-war 000-18 may not be one of Martin's rarer creations, but in this fine state of preservation is an unusual and delightful find now well into the 21st century. To many players and Martin fans this model constitutes one of the company's most propitious and beloved combinations of wood, wire and inspiration. The light mahogany body coupled with a delicately scallop-braced Adirondack spruce top makes for a very responsive guitar; the larger but narrow-waisted 000 size body contributes both depth and clarity to the sound.

This example was built in late 1940, one of exactly 200 000-18s shipped that year. While not a particularly expensive by Martin standards in 1940, listing at $55.00 (plus case) the 000-18 still represented a substantial investment to many players at the time. Compared to many competitors in this price range (in 1940) his is not a flashy guitar; the trim is discreet with tortoise celluloid on the body edges and a simple multiply soundhole ring. In classic Martin style, the elegant understatement speaks for itself.

This particular guitar has a couple of distinctive features. The spruce top has a wider grain than many from this era, visually enhanced by some beautiful "bearclaw" figuring that is not often seen on a Martin from this period. It has an ebony bridge and fingerboard, which were discontinued right at this time in favor of the less expensive rosewood on Style 18 models. Despite its lack of flash this was always a fully professional instrument popular with radio entertainers, most obviously the country acts common in the southeast.

In the years since WWII, Martins of this era have become the benchmark for all subsequent acoustic guitar designs. The 000-18 is an extremely versatile instrument; this one can be used to play effectively in virtually any style of music. Both as a creative tool and as an object of beauty and grace, this is a distinctive and wonderful example of Martin's contribution to the art of the American guitar.

There is no detectable post-facto finish work at all. There are some small scars to the top, mostly pickwear around the soundhole, a few random scratches and some case lid bites through the lacquer between the pickguard and the binding on the lower treble bout. Even so, overall both top and neck finish are far cleaner than most from this era. The back of the neck is very little worn with none of the often seen capo dings. There is some light buckle marks and a few random scratches to the back, into but mostly not through the finish and a small area of moisture damage near the lower bass bout edge.

The original full height ebony bridge has a replaced saddle, and there appears to have been a superb professional neck set leaving only minimal traces. The original small maple bridgeplate is intact and unmolested. There is one tightly sealed grain crack on the bass side rim at the upper curve of the upper bout; no other cracks or repairs are detectable. The original Grover Sta-Tite tuners are intact and working well, the plating on them still shines like FDR was in office.

The action is currently 2/32" on treble side and 5/64" on the bass side at the 12th fret. The original small frets show light wear in the lower positions, but they retain plenty of height and play beautifully. The sound is both precise and expansive, with an unmatched combination of clarity and depth. This mahogany 000 excels as both a finger- or flatpicked instrument, and is perfectly suited to a wide range of musical applications. This is truly fine example for the player or collector, in a later HSC. Overall Excellent Condition.
×