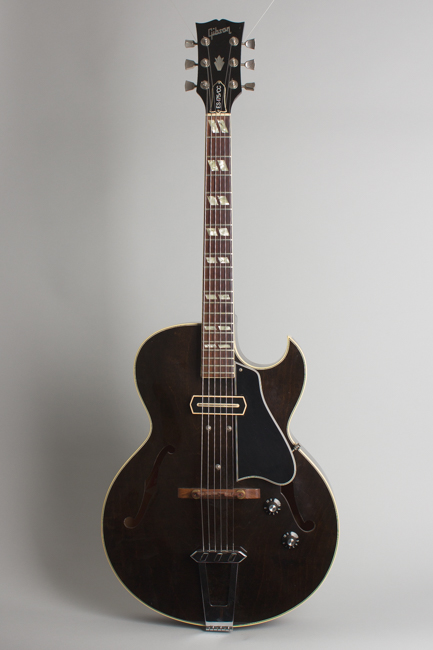 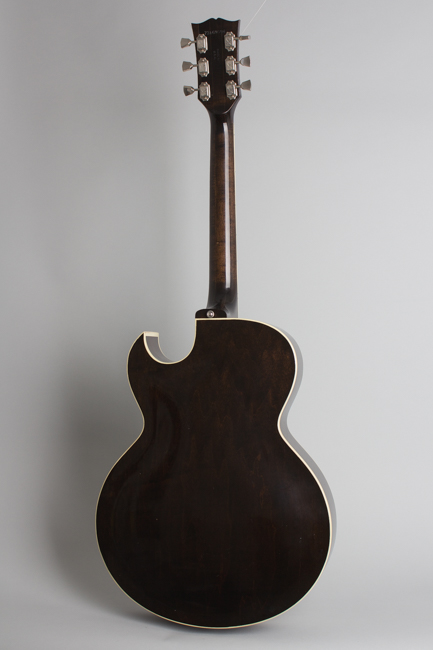 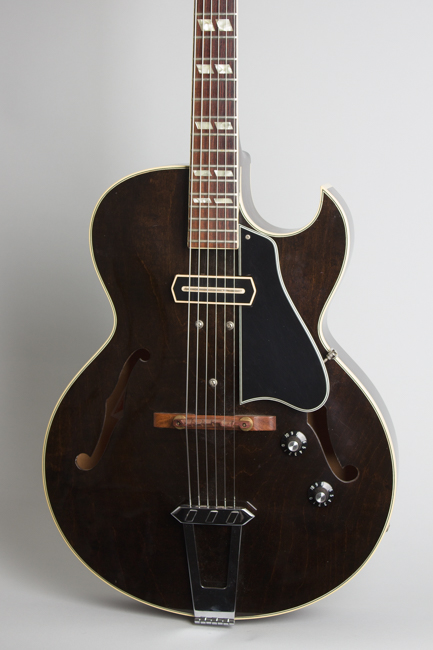 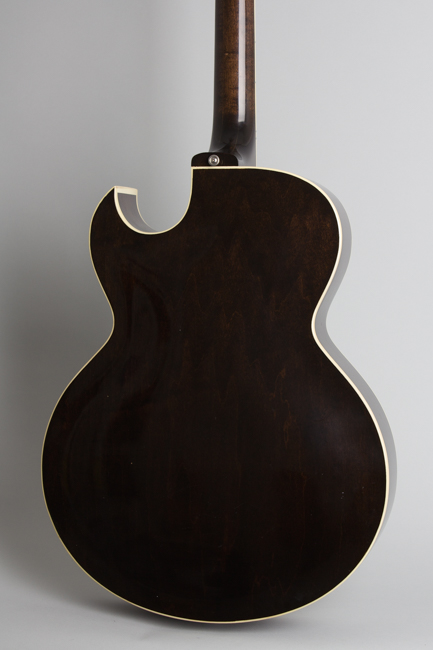 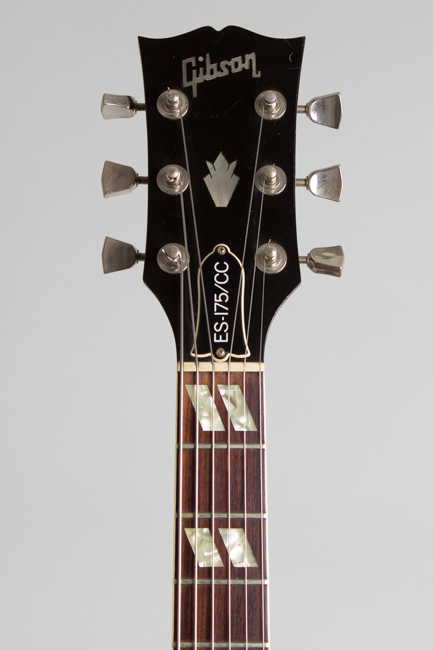 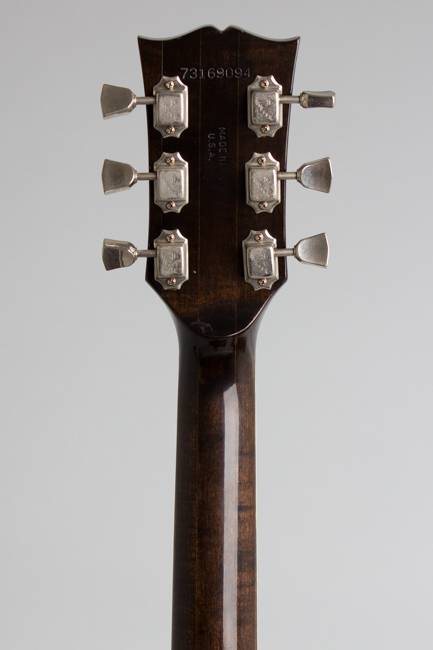 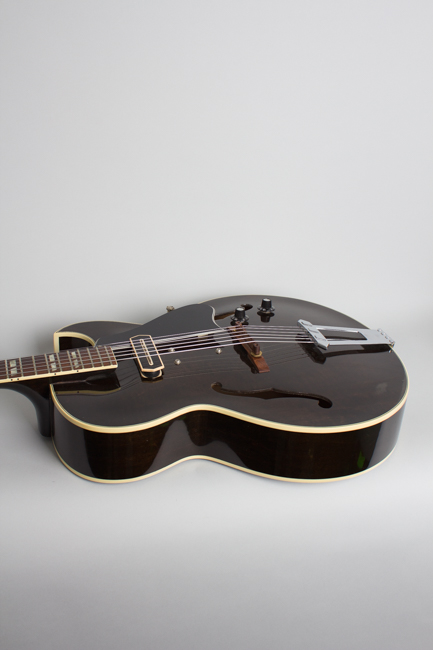 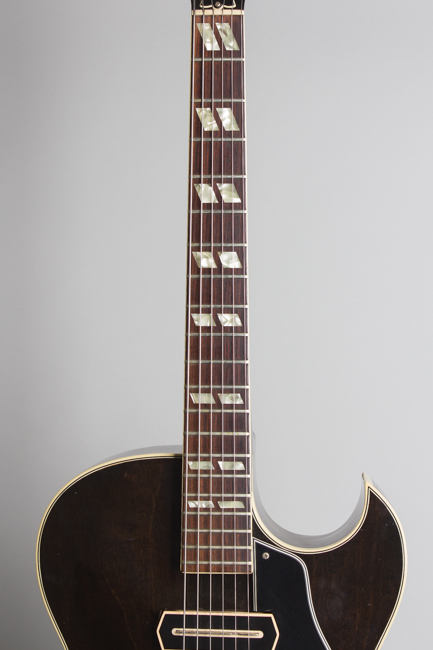 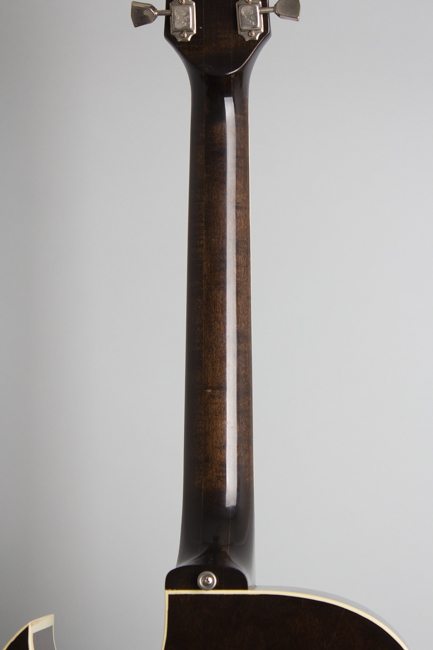 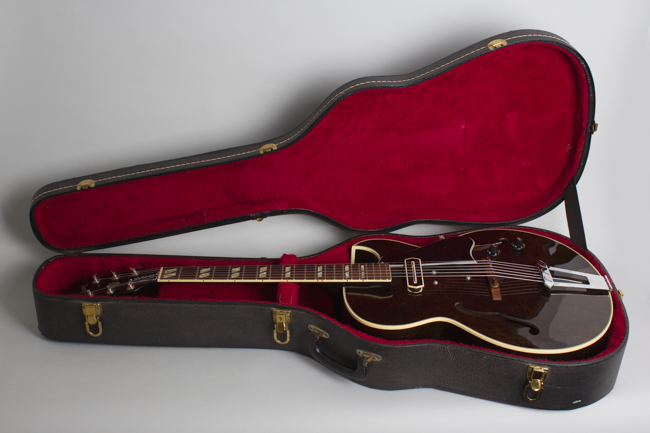 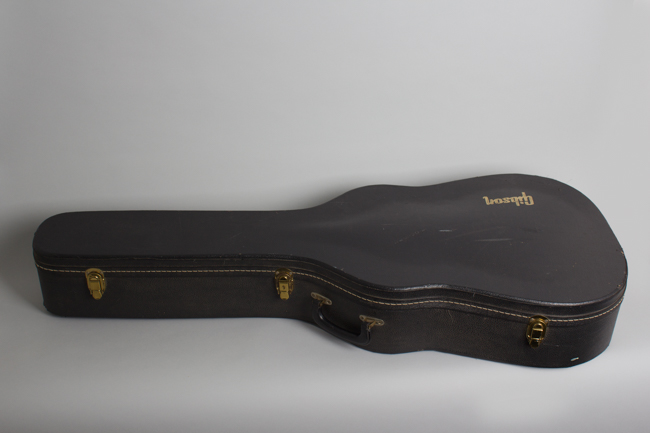 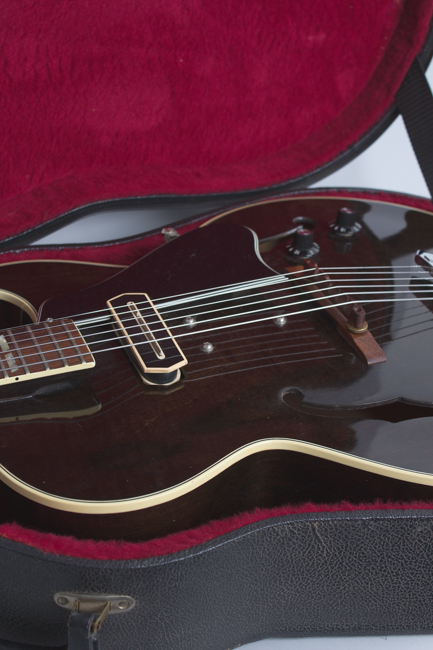 Despite Gibson's less-than-stellar reputation in the late 1970's the company actually had some good ideas...this guitar represents one of the best! It is a special version of the long-serving ES-175 electric archtop factory fitted with a 1930's style "Charlie Christian" pickup, hence the ES-175CC designation. The model was introduced in 1979, but perhaps the timing was wrong as it was discontinued not long after. This example would be one of the first batch built that introductory year, when a total of 489 were shipped in all finish options.

Charlie Christian's exclusive use of the first Gibson electric guitars in the early 1940's influenced generations of players to seek a similar tone. Although the company had discontinued their original bar-magnet pickup after 1940 they sometimes fielded requests from dedicated jazz players for them, and over the years some individual custom Gibson archtops were issued with the unit factory installed. The 1979 ES-175 CC was the first officially cataloged production model to carry one since 1940! The small purple-and-white label reads "ES-175D" but there is a special truss rod cover marked "ES-175/CC".

Aside from the distinctive pickup installation this beauty has typical late '70s features. It carries an overall walnut stain finish and hails from the fairly short-lived era when Gibson used a laminated maple neck on many instruments instead of the traditional mahogany. This resulted in a sturdier guitar with sometimes just slightly brighter sound. The hardware is also typical for the period with the chrome plated L-7 style tailpiece, W/B/W laminated pickguard, adjustable rosewood bridge and black numbered "amp" style knobs.

The single Christian pickup is mounted in the traditional neck position with single tone and volume controls. The sound is quite different from the standard humbucker-equipped ES-175, with a distinctive "bite" and a more acoustic quality. These are fairly rare guitars (compared to a standard ES-175 anyway) and this is the first we have had in the deep walnut finish; the bulk of them appear in sunburst. This is a cool looking and great sounding example of this now 40+ year old Gibson jazz player's gem.

This now 43 year old Gibson shows only very minor wear overall, with just some light dings and scuffs to the finish and no notable damage or repair. The only really noticeable finish wear is some light scratches and dings to the back and lower side and one dink in the back of the neck behind the 7th fret. The headstock face has some light scratching. There are no structural issues. Even the strap button on the heel looks factory. The frets look little used with hardly any wear, and is an excellent playing and quite unique sounding guitar. It still resides in the original Gibson-marked HSC. Overall Excellent + Condition.
×