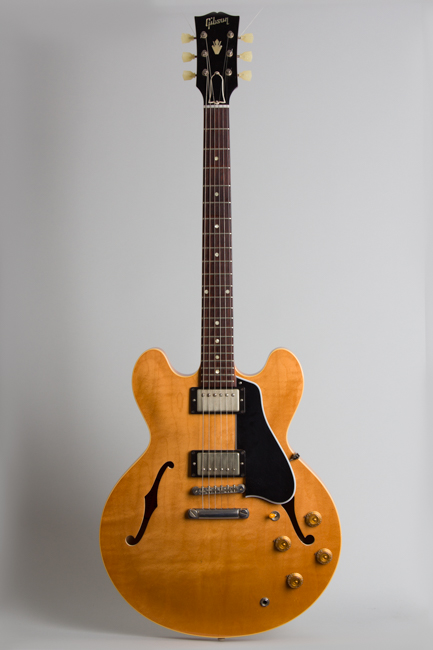 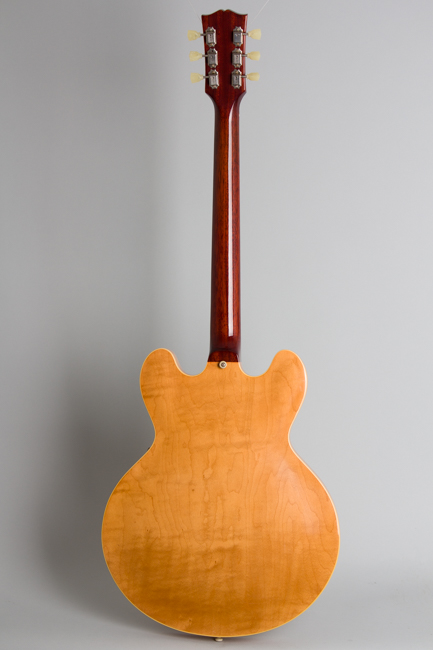 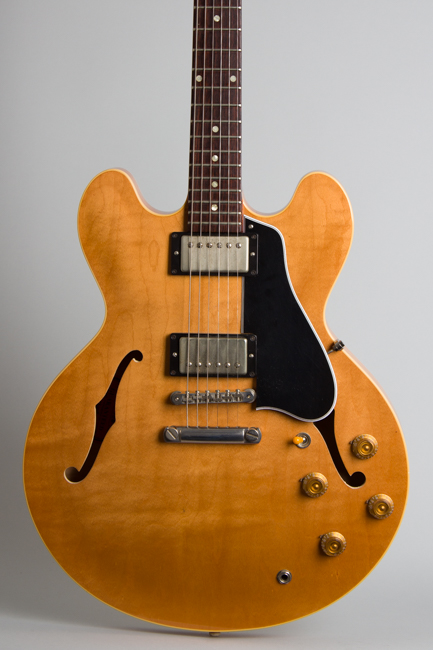 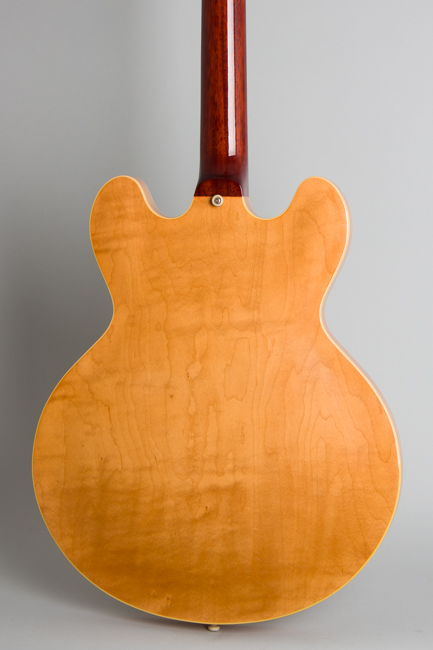 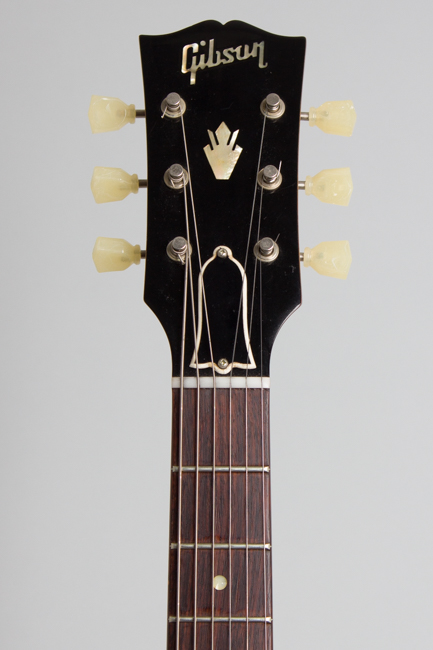 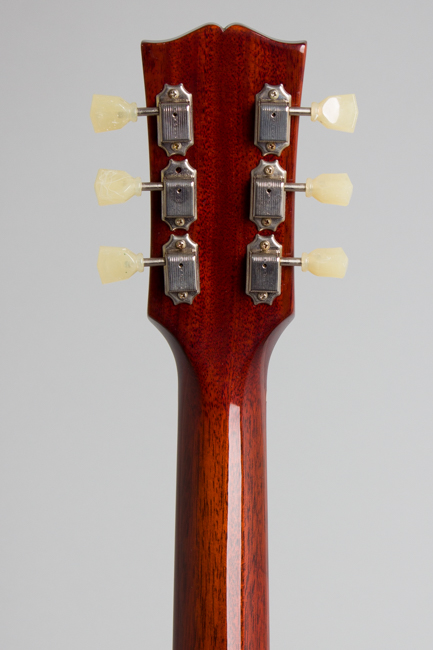 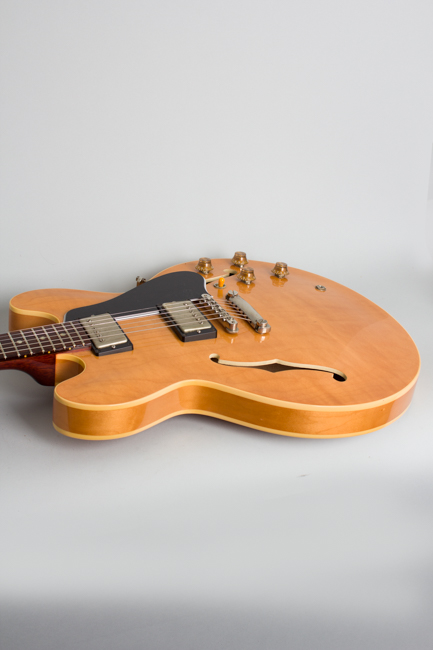 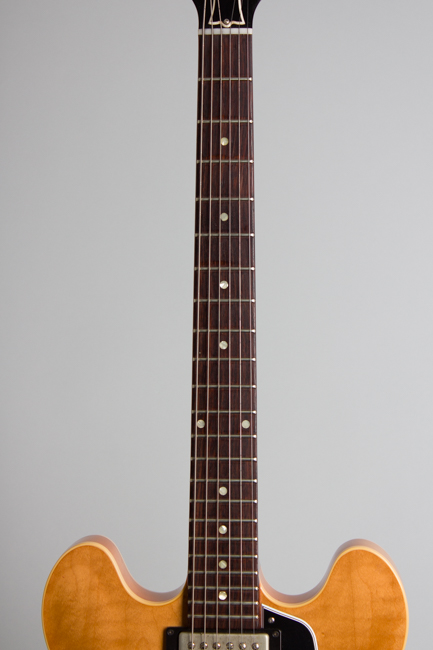 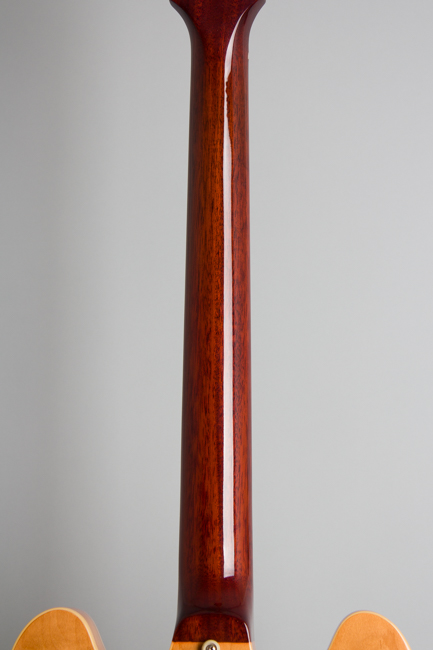 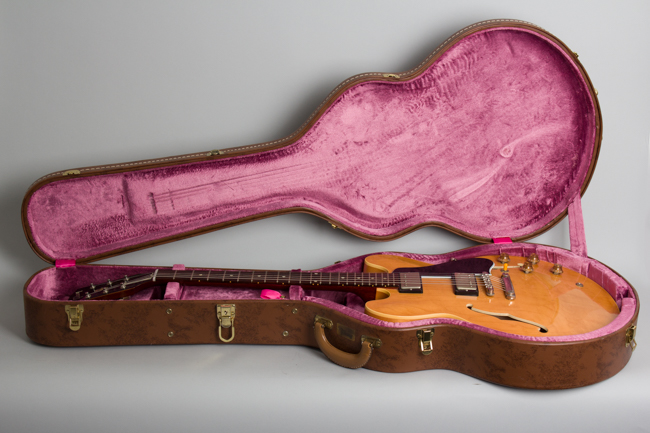 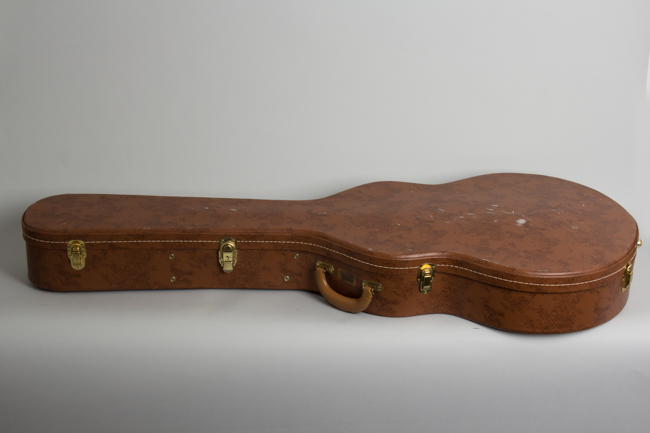 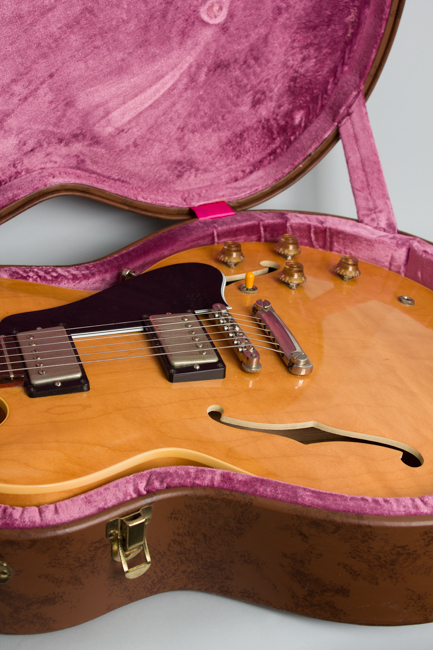 This is a fairly small-run variant of the ubiquitous Gibson ES-335, a Historic VOS reissue by the sadly defunct Memphis division of the very first model from 1958. Hand built at the Gibson Memphis Custom Shop, this guitar is generally true to the original specs but not an EXACT reproduction of those earliest 335s. It is primarily distinguished by the unbound fingerboard on the chunky neck, which has a thick "C" profile deeper than most Gibsons from any year. One feature of the original '58's that Gibson did NOT re-create is the questionably shallow neck angle most of the first run were saddled with; this guitar has an excellent break off the tailpiece.

This is really a very nice guitar, we would agree a step closer to genuine 1950s feel than the standard "dot" reissues, which are very good guitars in themselves. The neck is much more substantial than the average 335, and gives a lot to hold on to. There is a nice soft subtle figure to the maple top and back that the ambered natural finish highlights. Gibson's now sadly closed down Memphis division did a really nice job on the semi-hollow line, and this guitar stands as some of their best work. The COA and unfilled-in warranty are still in the case. The guitar shows some wear but remains an excellent gigging 335, something an original blonde '58 is only going to be for a very few folks here in the 21st century!

This guitar shows some general light wear overall; it has been played but not abused. The face has some small dings, scratches and scuffs and the back has a few small checks in the laminate around the upper middle. The scratching is heaviest around the knobs (someone seems to have adjusted them a lot0 and on the pickguard. The nickel hardware has started to age very authentically, making the guitar look older than it actually is. The frets have some light wear in the lower positions but nothing that affects play. This is a great-feeling and sounding instrument and a fine testament to the good works of Gibson's now sadly defunct Memphis operation. RIP. Excellent Condition.
×