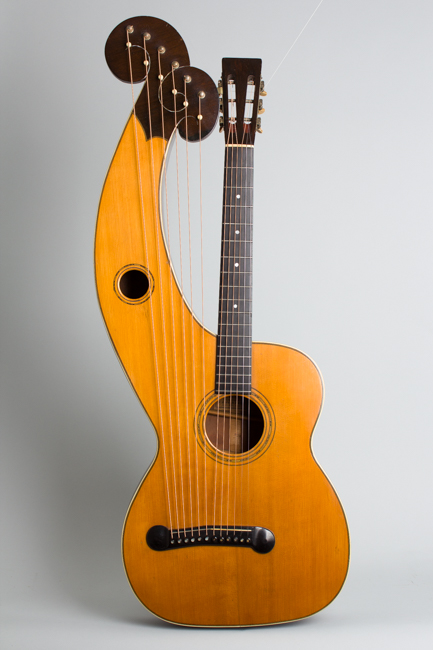 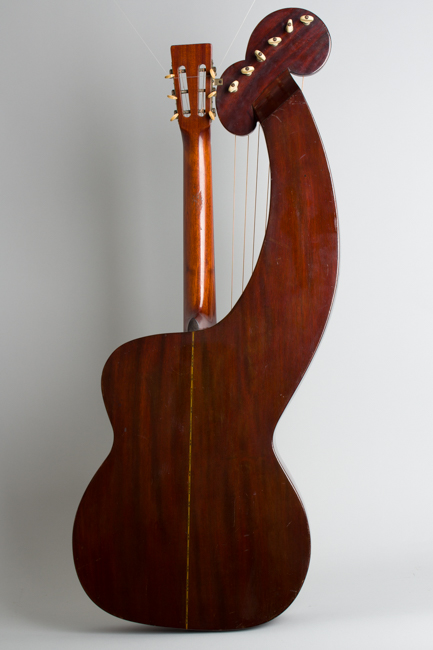 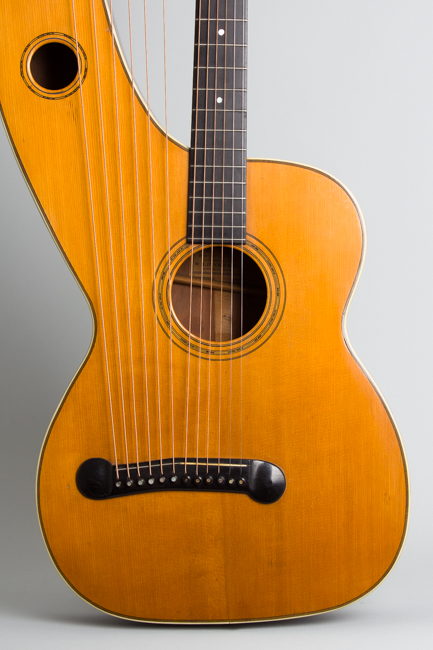 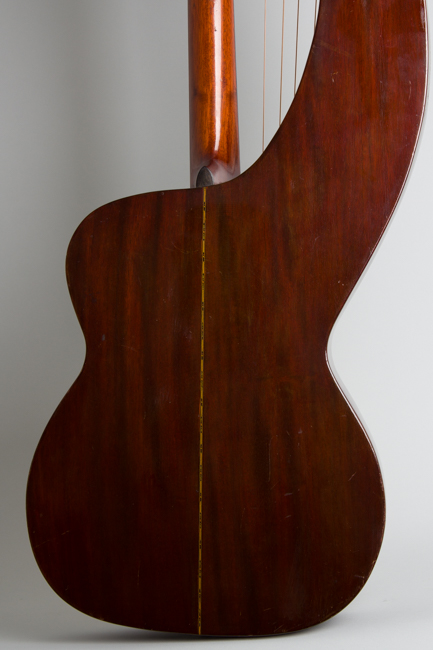 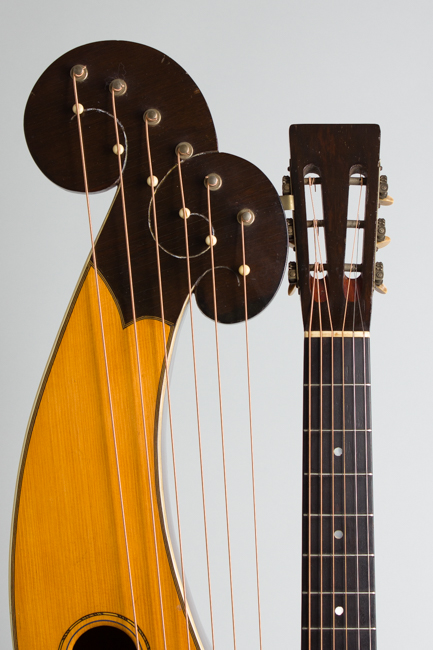 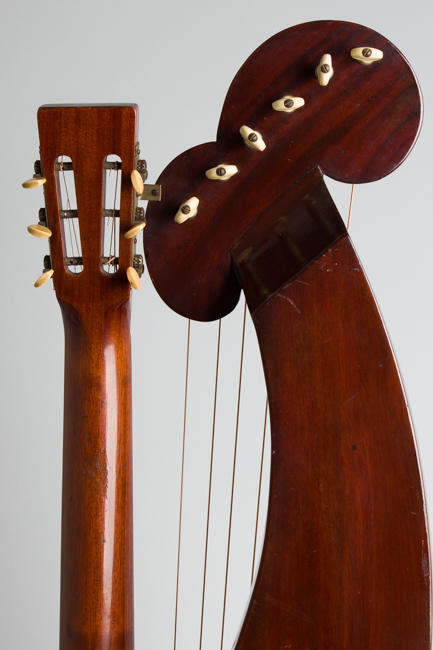 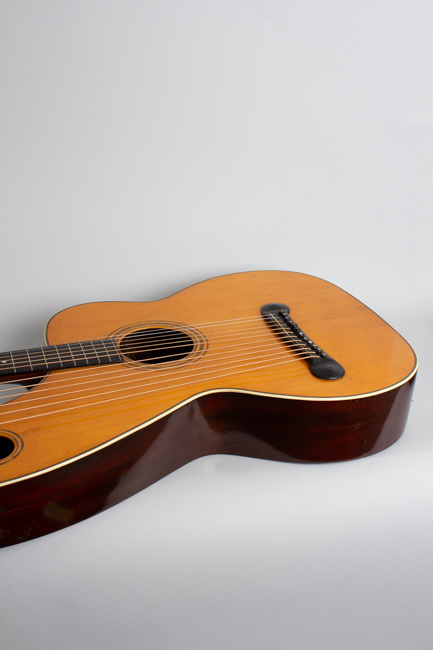 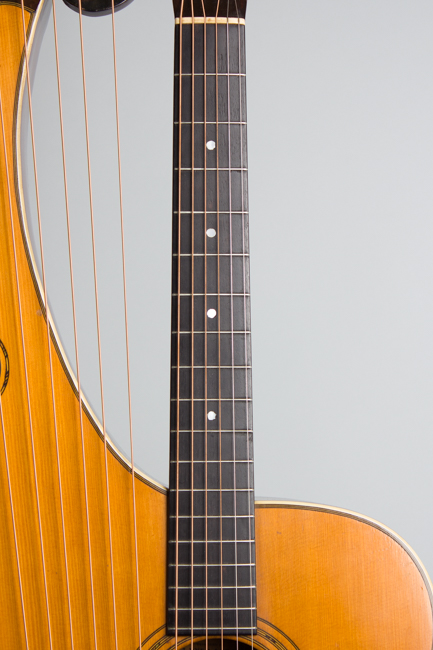 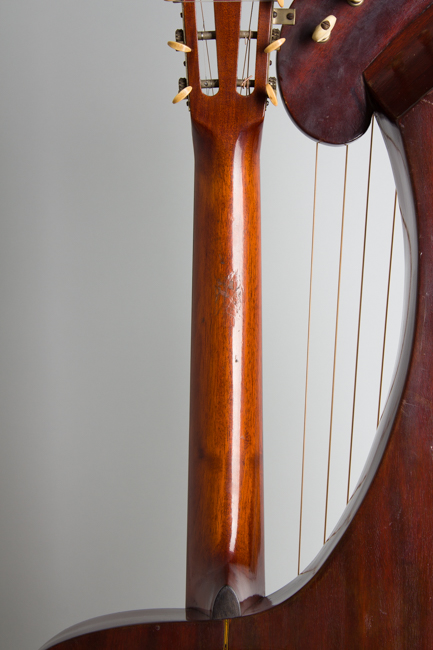 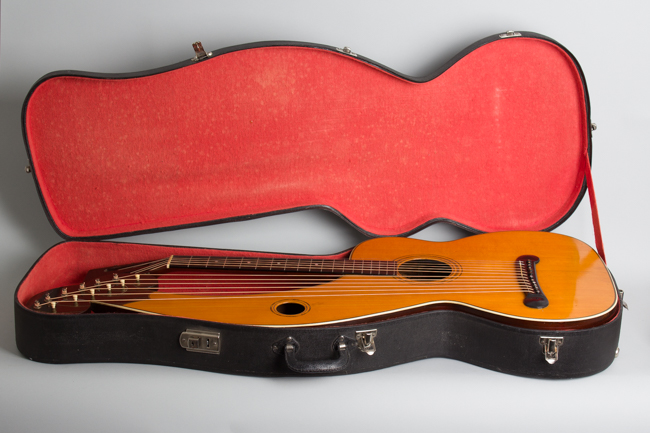 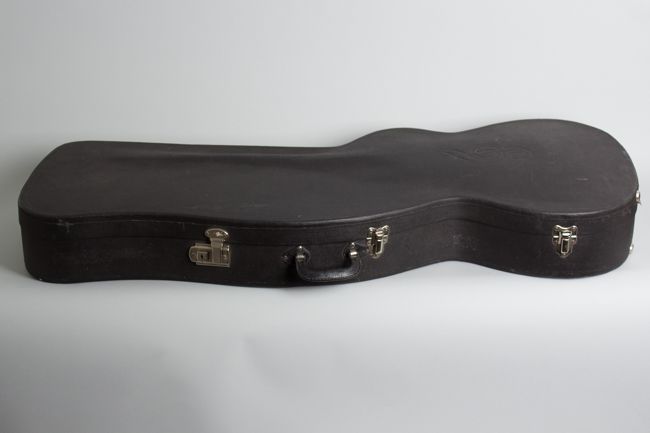 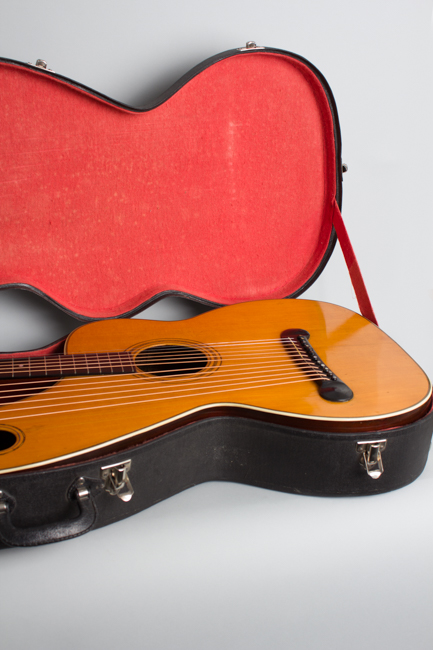 The fantastic looking and sounding Symphony Harp guitars are one of the most renowned of the Larson Brothers' many fretted creations, made exclusively for W.J. Dyer & Bro of St. Paul in the first decades of the 20th century. These Dyer Harp guitars are considered among most enthusiasts as the best of their kind ever made, and many modern luthiers currently use them as a pattern. Since their re-discovery in the 1980s by Michael Hedges and his followers, the Dyer Symphony Harp Guitar has been generally considered the de facto standard design for guitars with sub-bass strings.

A family of both guitars and mandolin family instruments were marketed by Dyer well before the First World War, based on the design patents of Chris Knutsen but mostly actually built by the Larson Brothers in Chicago. The guitars were the first to be offered from around the early aught years of the last century, and by far the most successful. This "Style 5" is the second model up the line and has a mahogany body and neck with a spruce top bound around the edge, along with a simple sound wood marquetry hole ring. The Style 5 was seemingly the most popular of the Dyer models, and based on most recent research the hand-inked serial number on the label would date this guitar to around 1914.

All "Dyer Symphony" instruments feature a hollow upper body extension; on the guitars this serves to hold the banjo-style tuners for the sub-bass string array. Even if these strings are ignored, the extended body with a larger air cavity definitely enhances the instrument's tonal character, giving a depth and airiness unusual in a flat-top guitar of any design. Actually, flat-top is a bit of a misnomer -- while not carved like the Gibsons, the Dyer guitars are "built under tension" with a subtle but noticeable arch to the top and back.

This is a superb original example and a very fine-sounding instrument, very different from both the heavy carved Gibsons and the typical double-neck flat-top German-style harp guitars of the period. It is extremely well-preserved for its age, and really does not appear to have been much played over the last century. Despite a production history spanning a couple of decades, there are only a limited number of these Symphony Harp guitars in existence, and each one is a masterpiece of both style and sound. This is about the nicest and most original we have had, an excellent player with a huge sound.

This fantastic Larson brothers creation remains in exceptionally fine condition overall; about the cleanest, most original, and best-sounding of these gems we have had. There is some light finish wear but the instrument remains in every practical way pretty much as the brothers built it well over a century ago. There are dings, scrapes and dents to the finish, but none of the common pickwear spots and no large areas of finish loss. There is more wear to the back than the face, and some heavier scuffing on the upper side of the extension from rubbing against something on the case interior. There is one small sealed crack in this area as well.

The lower part of the top center seam appears re-sealed as well, but apart from this the instrument shows no cracks. The original bridge is completely solid and does not appear to have lifted; both of these conditions are quire rare for this particular instrument. The saddle for the six play strings is bone, while the harp strings have one of fretwire; this appears to have been the way it was made. The top veneer of the pin block has a pattern of hairline surface cracks, but this is not a structural issue.

Everything on this guitar appears original with no notable alterations. The interior is very clean; the Dyer label is nicely intact and legible. The tuners are original, as are the spacing pins for the harp strings. The original frets show very little wear and the instrument as a whole plays extremely well, with a huge expansive sound. It is housed in a very well fitted shaped hard shell case that appears to date to the 1960s. That is a real find in itself, but overall this is simply the finest Symphony Harp guitar we have seen, a true gem in every way. Overall Excellent Condition.
×