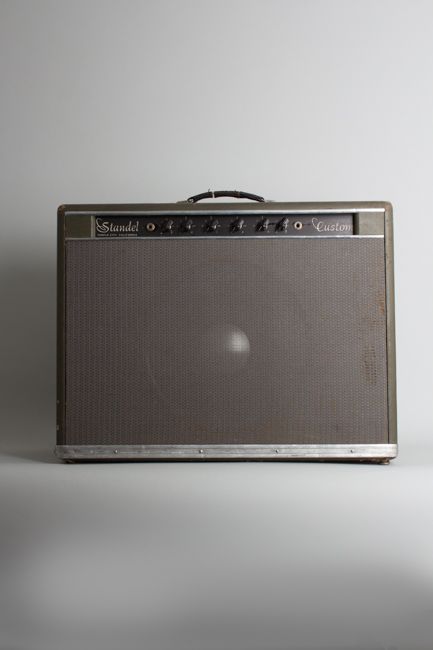 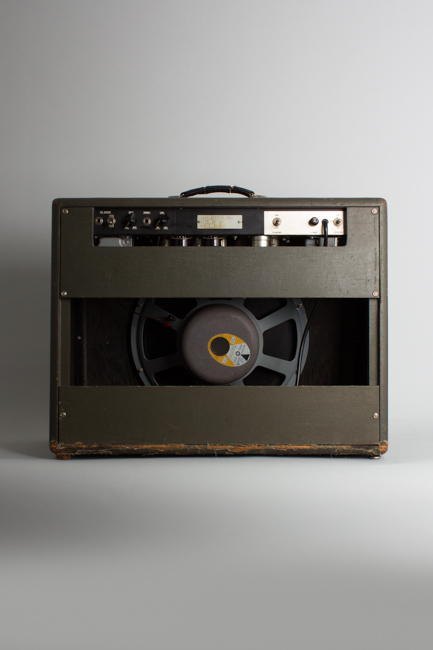 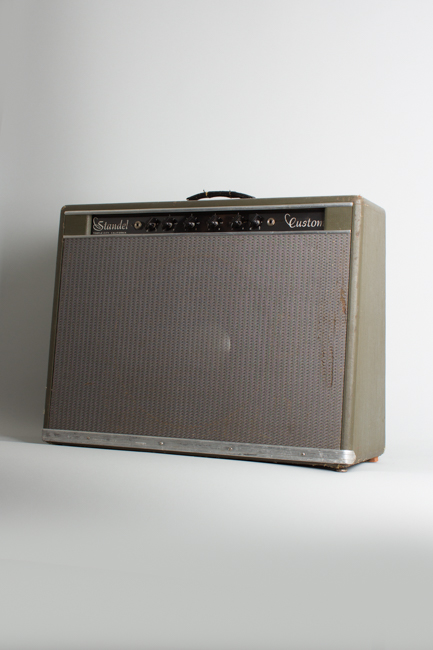 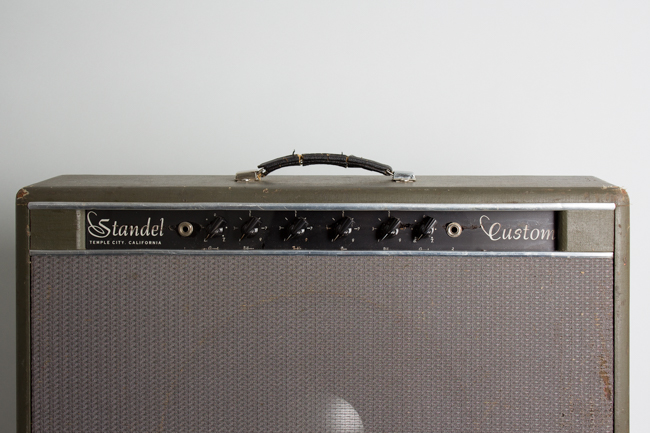 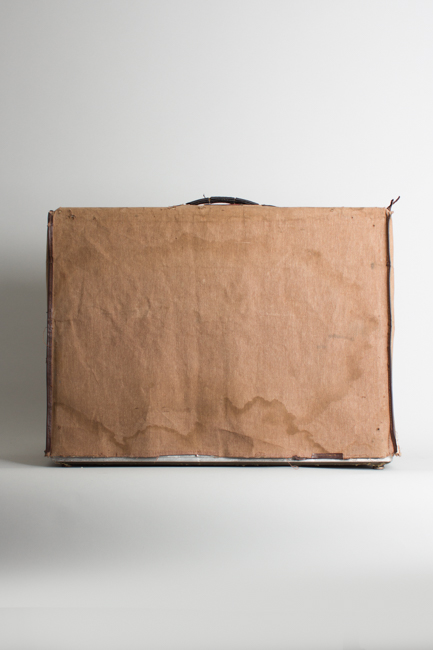 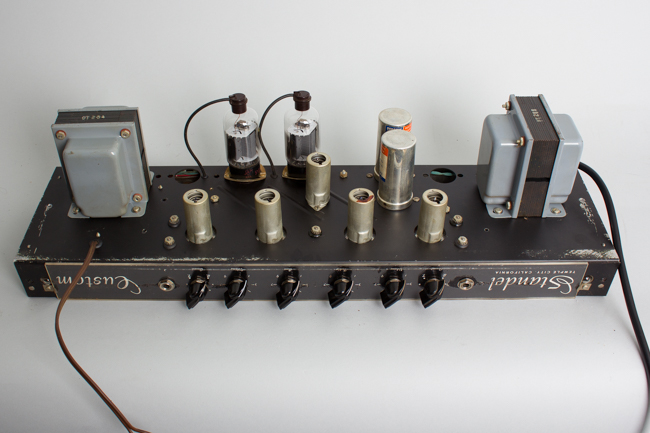 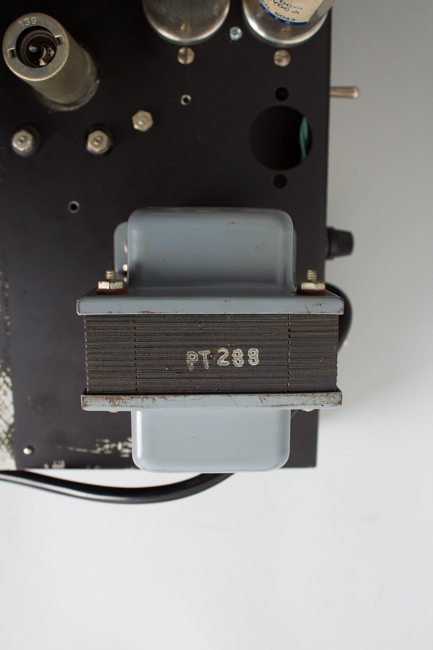 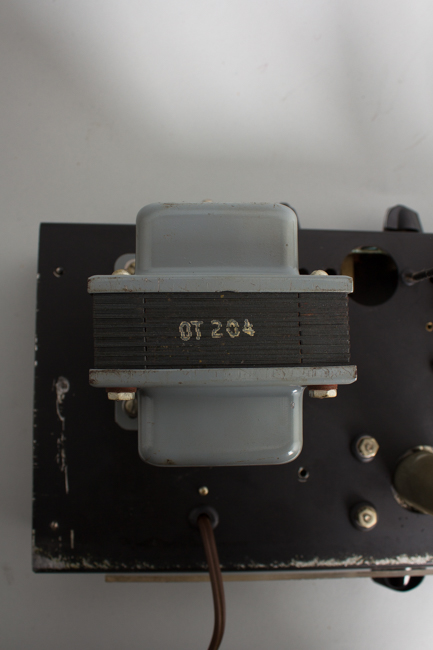 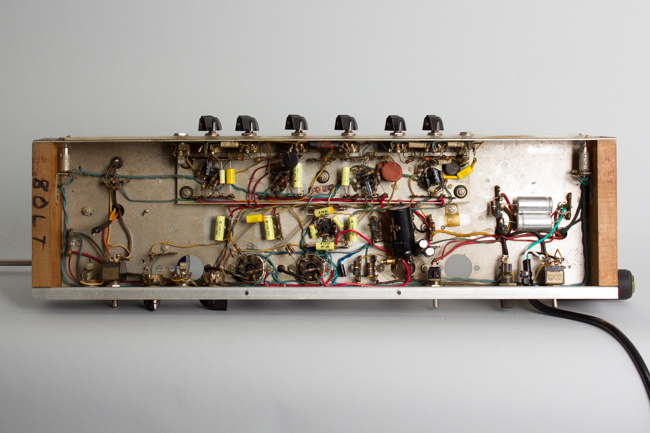 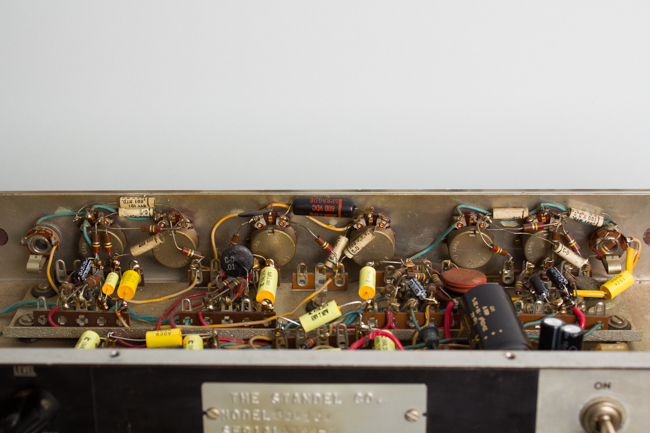 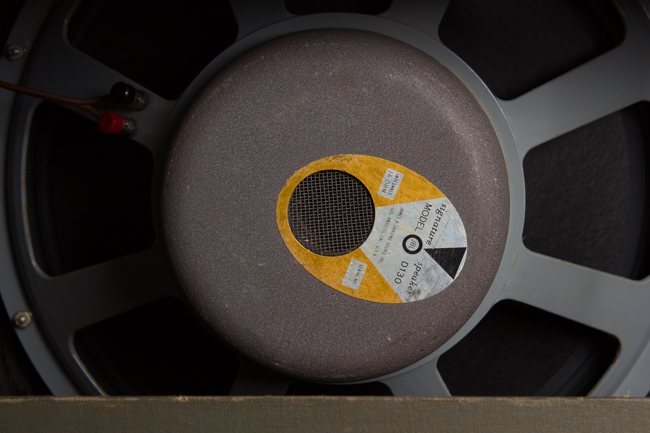 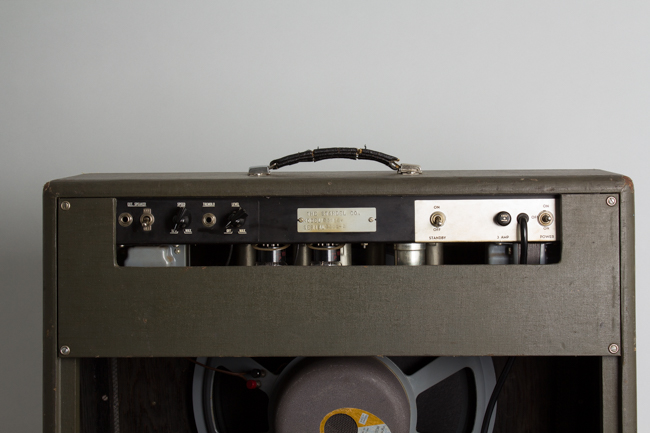 The history of the Standel company is rife with twists and turns, and if they never fully entered the pantheon of great 20th century electric culture icons it is not for lack of honest effort. The best-remembered Standel products are the early tube amplifiers like this one from the 1950s and early 1960s; these are still considered some of the best ever made and sought after by discerning players. Like Leo Fender, company founder Bob Crooks was primarily an amplifier man. Standel made several attempts to enter the guitar market, but their reputation rests primarily on these early amplifiers. Still, they are part of the great southern California Hillbilly-hot-rod guitar culture.

The Standel operation was founded in 1953 by Bob Crooks, originally located in his garage at 10661 Freer Street, Temple City, California. Crooks, a hi-fi repairman and tinkerer, was originally hired to build a custom amplifier design by Paul Bigsby, to be sold with Bigsby's solid-body electric and pedal steel guitars. At the time Bigsby was feuding with Leo Fender! Eventually Bigsby lost interest but Crooks kept at it, eventually coming up with a design that proved popular with the local southern California country players like Merle Travis, Speedy West, and Joe Maphis.

This Standel Custom Model 80 L-15-V dates to the early '60s, when the company had grown somewhat from its garage origins but was still essentially a custom operation. It is typical of the Standels of the era, impeccably well-made and fantastic-sounding, albeit with a cleaner, more hi-fi response than the Fender amplifiers that they are most often compared to. This made them popular with West Coast country players and pedal steel players particularly, and to this day many musicians in this genre prefer a Standel tube amp to any other.

This rare Standel combo is a fantastic-sounding amp with a wide range of full, brilliant tones. The plexiglass faceplate is beautifully lit up by two pilot lights at the side edges and the very unique and cleverly thought-out design features two channels laid out with the input jacks on the outside ends with the sets of controls moving inwards towards the middle. Each channel has their own volume and "accent" controls, which are essentially "tilt" tone controls, where clockwise adds treble while simultaneously removing bass, and vice-versa. This simple and effective control allows the user to allocate an instrument to a specific frequency range within the same amp (i.e. dialing in more low-end and less highs for a bass instrument, and perhaps the opposite for a guitar). The two channels meet at the shared master treble and bass controls in the middle. The amp also features an onboard harmonic tremolo effect with speed and level controls located on the back panel. The tremolo is deep and lush, and a somewhat different experience from the harmonic tremolo found in the contemporary brown-panel Fenders.

The powerful 6GW6 output tubes are unusual for guitar amplification of this period and more commonly seen in Hi-Fi amplifiers. They are unique to Standel's guitar amp designs in this period and the push-pull pair yields about 30-40W of power into a single 15" JBL D130 speaker. This was one of the most expensive and high-grade professional speaker designs available in 1960, and according to Bob Crooks, who has been attempting to re-issue the models in recent years but scrapped the project due to the unavailability of the speaker, they are absolutely essential to the unique sound of these amplifiers.

This 60+ year-old amp has seen a fair amount of use. Most of these pro-grade Standels were gigged by professional players, but this one appears to have been well taken care of and suffered less road abuse than many. The cabinet retains the fairly thin and fragile original grey/green fabric covering, which has a few battle scars here and there, most notably around the rear lower edge of the cabinet, but is overall in fantastic shape for its age. The aluminum trim and grille cloth and plexi front panel remain original as well, with some moderate wear around the left side of the baffle in particular. The heavy duty handle is still present and although the leather has come apart in several places, the metal core is well-intact. The amplifier also features the original fabric cover made by Victoria Luggage Co., which is in decent shape overall but shows several stains and tearing at the edges.

Electrically the amp is beautifully original. The 15" JBL D130F speaker is original and working very well. It has been professionally reconed and sounds phenomenal. The power and output transformers are original as well and bear the markings PT288 and OT204, respectively. The pots in this amp all date to the 40th week of 1960. The amp has received our typical servicing and maintenance, including replacement of all electrolytic caps, a grounded 3-prong power cord, cleaning of all sockets, pots and jacks and biasing to spec. This is a very rare and spectacular-sounding amp, quite unlike anything else then or now and a superb treat for the discerning player. Overall Excellent - Condition.
×