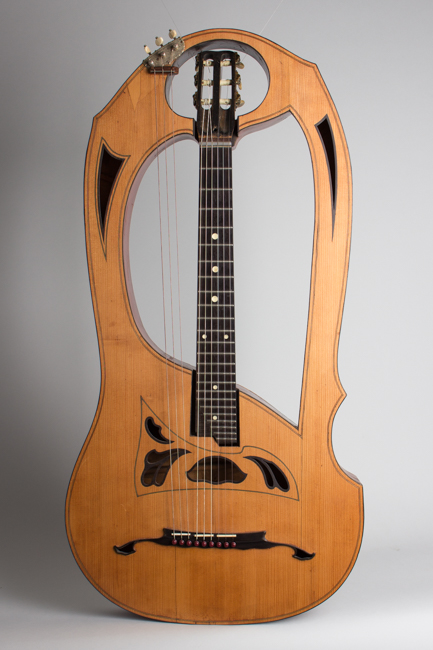 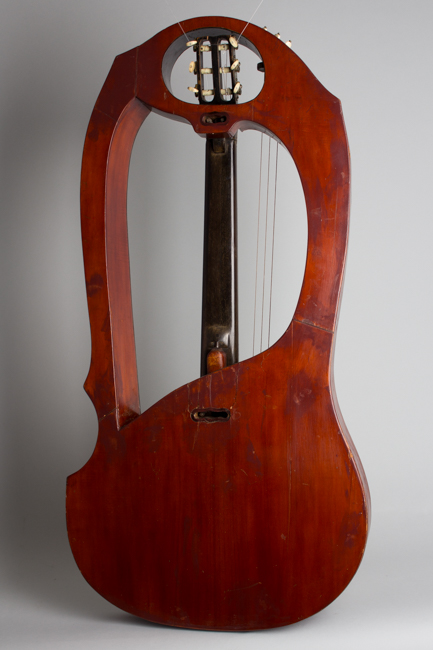 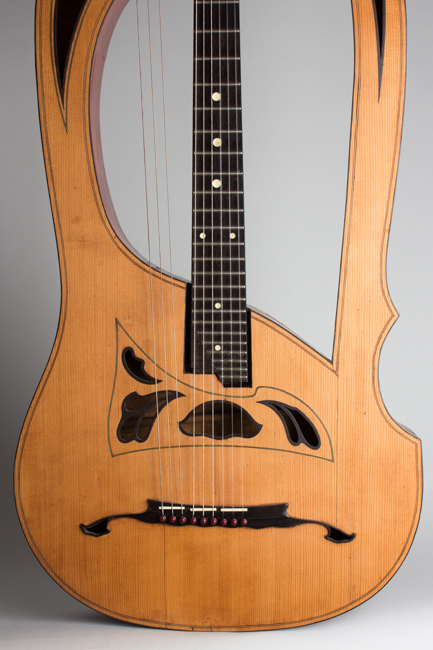 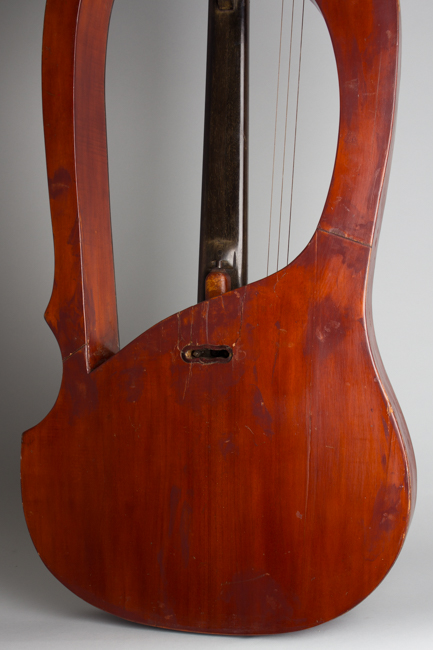 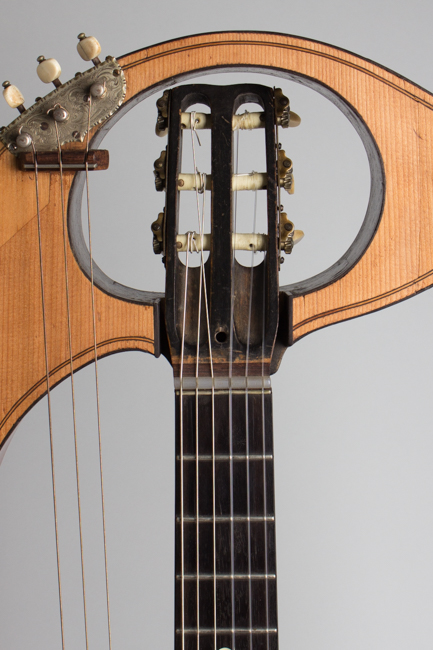 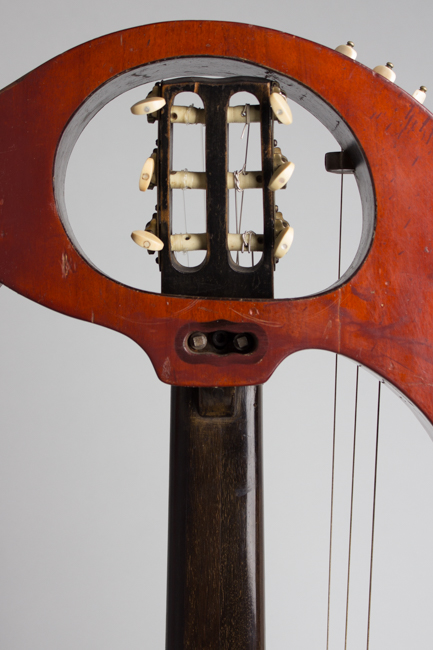 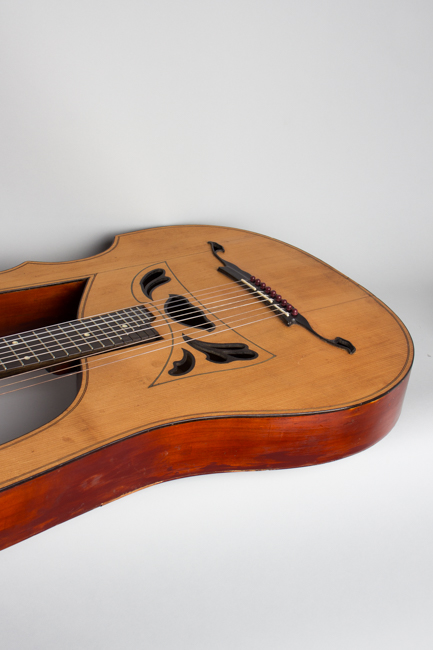 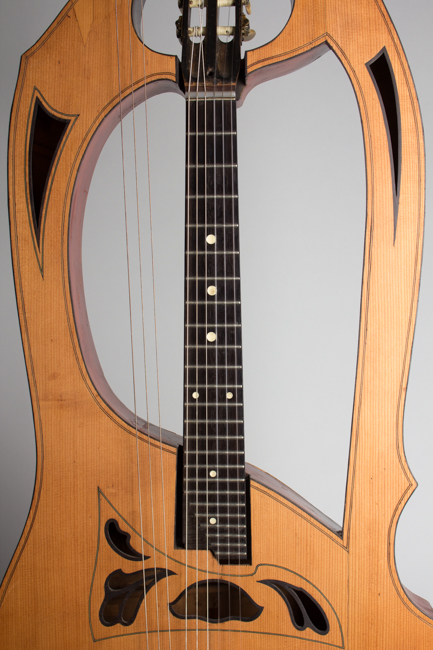 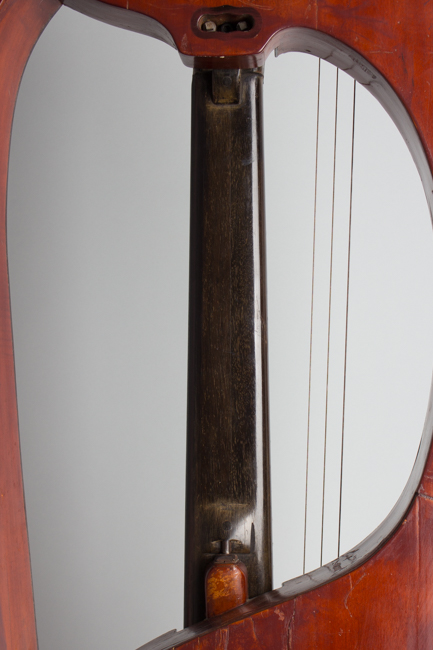 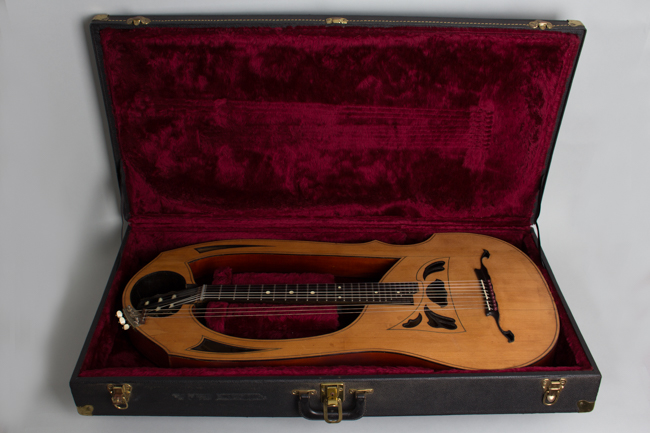 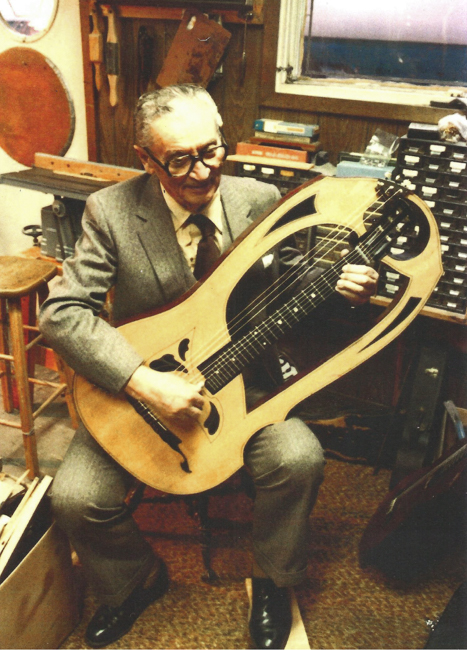 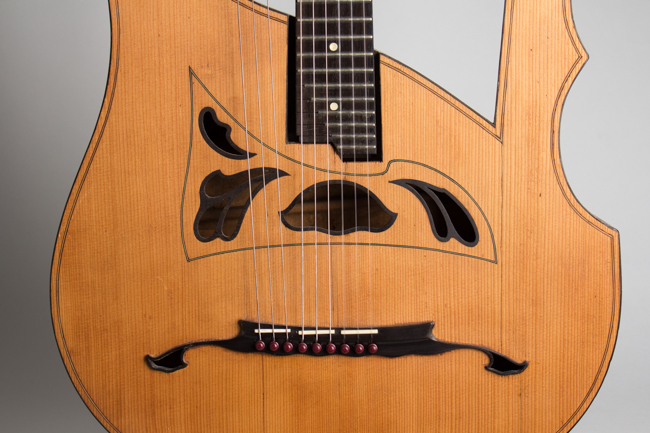 This unique guitar has an unparalleled history, having been the personal property of and played by both its creator Luigi Mozzani and his greatest pupil/successor, Mario Maccaferri. Mozzani's creations -- including this type of Lyre guitar -- represent a wonderfully distinctive branch of European lutherie, completely original in both concept and execution.

The celebrated Selmer/Maccaferri guitars of the 1930s are directly indebted to the earlier Mozzani instruments in both stylistic and construction details. This instrument is visible in vintage materials being played by both Mozzani and Maccaferri and appears to have been a personal favorite of both men.

Luigi Mozzani is certainly one of the most important Italian luthiers of the last century, and by any standard one of the most original of all time. These "Chitarra Lyra" instruments with a double-arm body were built by him and his student luthiers at his own workshop/school in Cento (later Bologna), Italy in the early years of the 20th century.

Each of these instruments was essentially unique; while they were built to a generally standard pattern, and the details show much variation. The unique body shape is not only decorative; the neck is actually attached at both heel and headstock and is adjustable via bolts to change the angle.

The entire instrument has a stunning Art Nouveau aesthetic unlike any other guitars from this (or really any!) era; the closest American parallels for aesthetic originality would be Orville Gibson or Chris Knutsen.

This guitar's sweeping curved body is built using a fairly plain wood for the back and sides; the top is fairly wide-grained spruce with only a very thin sealer as finish, in the tradition of some European luthiers.

The rest of the body finish is a medium-tinted violin-style varnish, with a clear finished neck. The multiple soundholes are edged in decorative ebony, and the front body edges have wood edging and purfling.

The bridge is an elaborately carved fanciful ebony shape with a three-part saddle and purple plastic pins molded from Maccaferri's favorite Dow Styron material. The neck has a flat contour typical of Maccaferri with a very thin back-to-front profile.

This instrument has had some substantial repair and redesign work over its lifetime by both Mario Maccaferri, who used it personally for many years, and more recently a general restoration by noted luthier John Monteleone.

There are several repaired cracks around the neck attachment area, fully sealed but still evident with no overfinish. The top has several long grain cracks; one behind directly behind the bass side of the bridge has a minimal splice added. The sides have some old repaired cracks as well, and there are spots where the back/side join shows old separations.

The neck is believed by classical guitar authority R. E. Brune to be a later replacement made of solid blocks of ebony laminated together by Mario Maccaferri himself; the necks on these instruments are bolted to the body at both the heel and head and are easily removed.

The tuning pegs for the three sub-bass strings have been re-located farther up on the bout, likely to increase the speaking length of the strings. There is spruce patched into this area of the top just below the engraved pegbox. This re-work was performed by Maccaferri himself and is visible in pictures of him playing the instrument.

Even with (or perhaps because of) the varied repair and re-working this guitar has received, it remains a wonderful-playing and sounding instrument, far more playable than many would assume from its unorthodox appearance. The sound is rich and rather sweet, not as loud as many more modern concert guitars, but with far more tonal complexity than most.

A wonderful piece of 20th century guitar history, worthy of the finest collection or museum display. This Nouveau masterpiece stands as a tribute to both its inventor/builder Luigi Mozzani and its longtime conservator, Mario Maccaferri. Includes a newer (c. 1970s) deluxe HSC. Very Good + Condition.
×