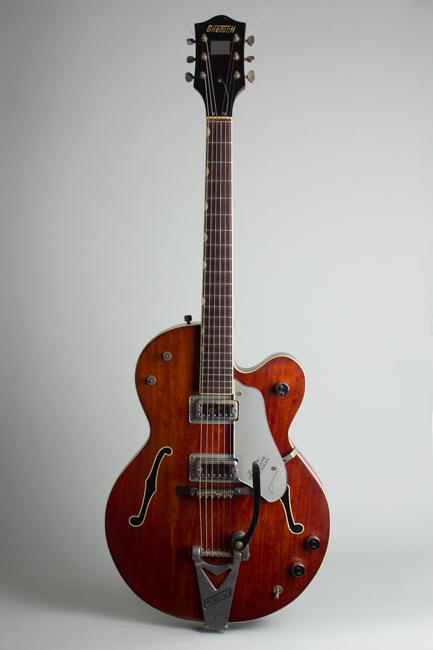 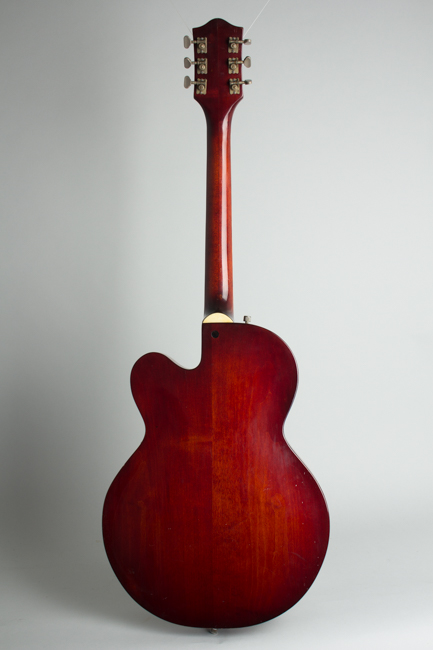 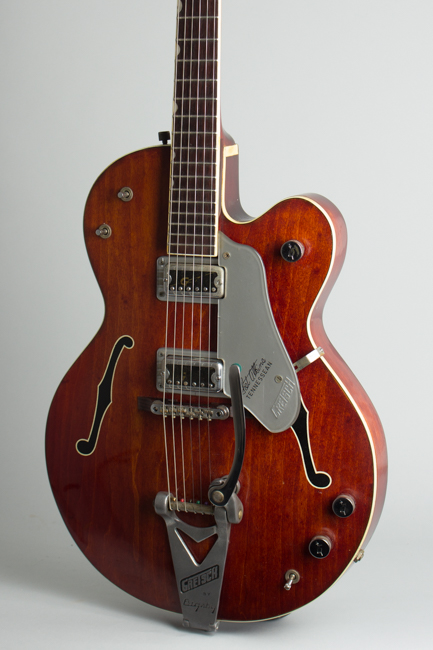 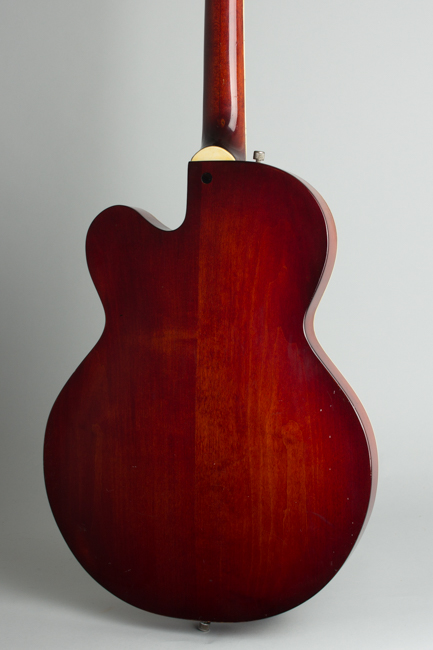 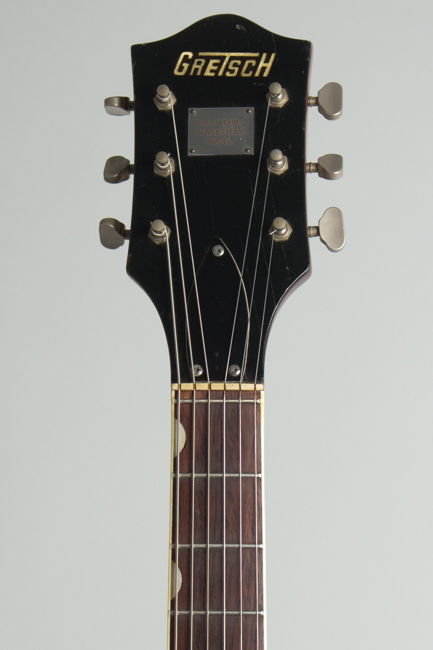 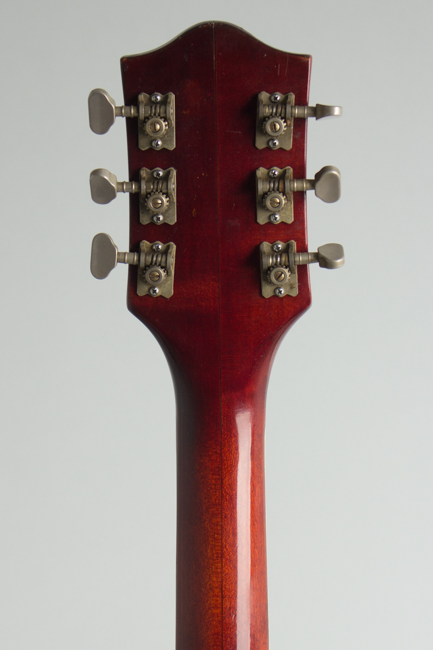 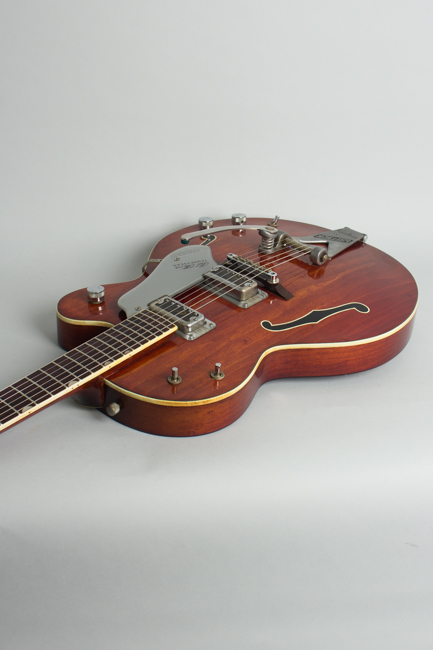 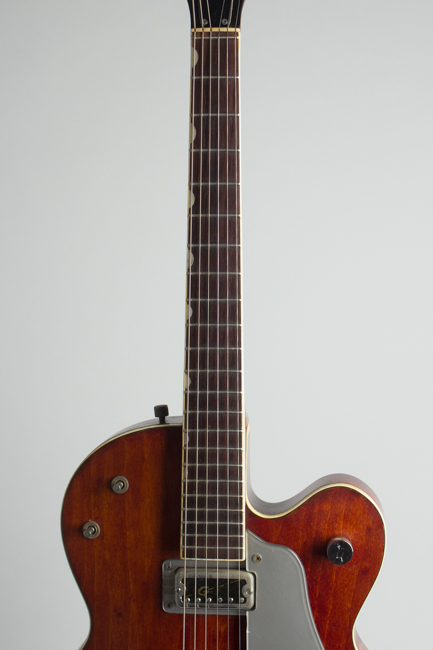 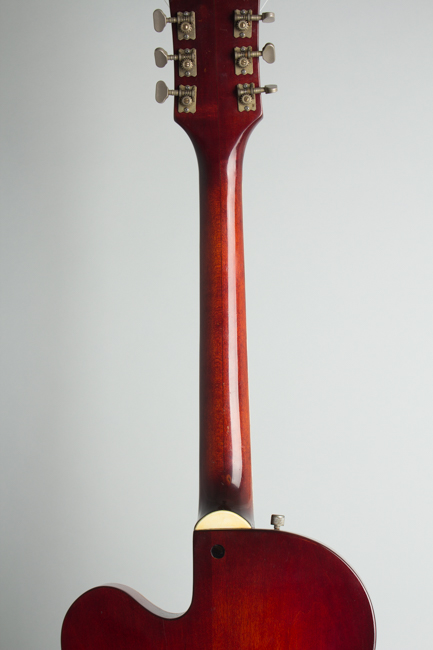 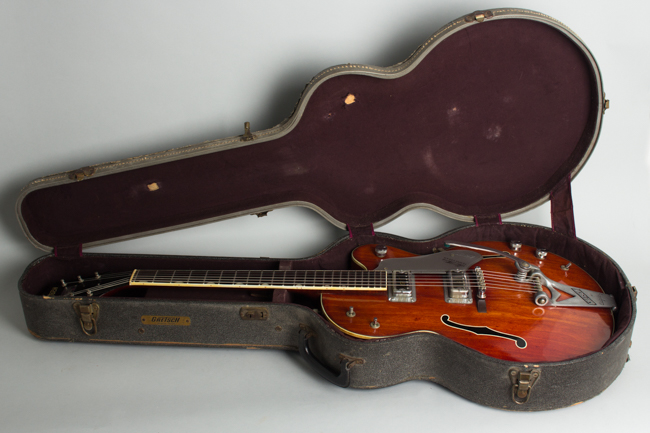 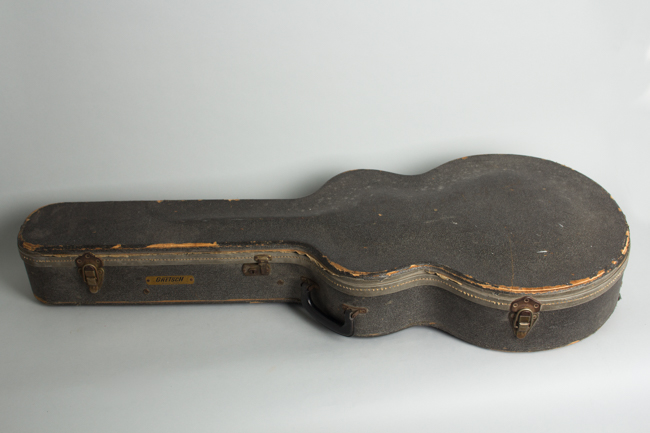 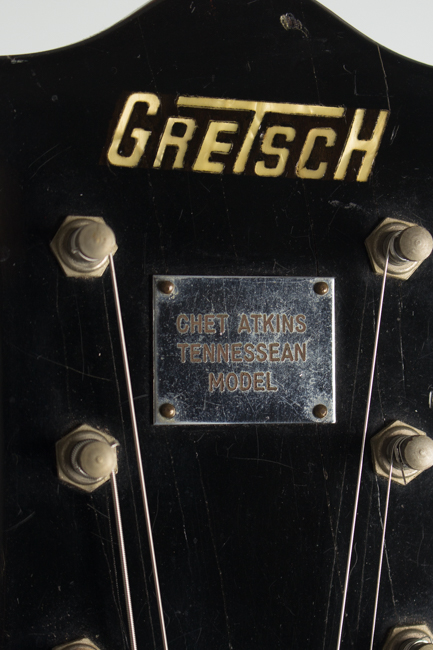 This is a very good playing example of a just "Beatle-era" Gretsch Model 6119 Tennessean with the closed "Electrotone" body, one of Gretsch's classic and most popular 1960s models. Although the least expensive instrument in the Chet Atkins signature line, by the standards of the day the Tennessean was a relatively upscale guitar. The 6119 remained the only traditional single-cutaway guitar in the Atkins line, both the Country Gentleman and 6120 having become double-cutaways at the time.

Like all Atkins models the Model 6119 is fitted with a "Gretsch by Bigsby" vibrato and zero fret, two of Chet's requirements. The 6119 uses two single-coil Hi-lo'Tron pickups in place of the double-coil Filter'Tron units used on the higher-end Country Gentleman and 6120. The sound is somewhat brighter than these and many other Gretsch models, due to the combination of single-coil pickups and thin closed body but with plenty of depth when required. This particular guitar has had the neck reset to an excellent angle (often a sore point of this model) and a refret which together greatly enhance playability.

The Tennessean features the whimsical stenciled-on "f-holes" with a white border on the walnut-finished, single bound body. An engraved headstock plaque added in late 1964 carries the model name. The headstock also carries Dutch-made VanGent tuners, seen only in this period. It seems there was a tuning peg supply shortage during the guitar boom of 1964-6, as these appear on several American makers' guitars right at that time. The serial number on this instrument is one of the odd 4-digit impressed numbers used only in early 1966, when Gretsch was transitioning between two different numbering systems.

This model listed at the not inconsiderable sum of $350.00 in 1962, the year it replaced the earlier full hollow body, single-pickup 6119. This was a fairly high price at the time, but many players dutifully saved up for this Beatle-approved model in the mid-'60s. The Tennessean was something of a garage band classic but also appears with many prominent professional players as well.

Among the well-known 1960s artists who made extensive use of this model was George Harrison, who acquired a Tennessean in late 1963 and used it most notably in the film "HELP!" and the Beatles '65 world tours. David Crosby of The Byrds played a very similar guitar in 1965-6; Gerry Marsden (Gerry and the Pacemakers) toured and recorded extensively in 1963-4 with an early Tennessean as well. The Animals' Hilton Valentine recorded all the band's early material including "House of the Rising Sun" with this exact style Gretsch. The Tennessean is a truly classic 1960s Gretsch with a peerless "Beat Group" pedigree!

This guitar is in excellent playing condition having had a neck reset, refret and fingerboard rebind recently. It remains all original except for the addition of an older Gibson Tune-o-matic bridge, which is more stable than the original rocking Gretsch solid bar. This common substitution allows for precise intonation and the use of lighter strings making for a rather more player instrument than the original setup. All other fittings are as it left Brooklyn in 1966 and remain in fully functional condition.

The binding on the body does show some typical deterioration which has become practically ubiquitous on Gretsch guitars of this period. This is seen mainly on both sides of the upper bout, the single layer body binding has small cracks and spider webbing but is not crumbling or falling off the guitar. The finish is in excellent condition with only minor scrapes, scuffs and dings. This is a nice Tennessean overall, more of a player's guitar than many survivors and except for the binding issue an excellent condition example. The original HSC is included with some general wear but fully functional. Very Good + Condition.
×