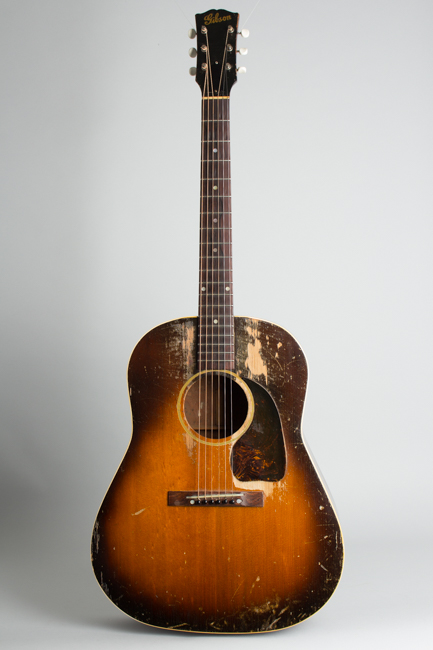 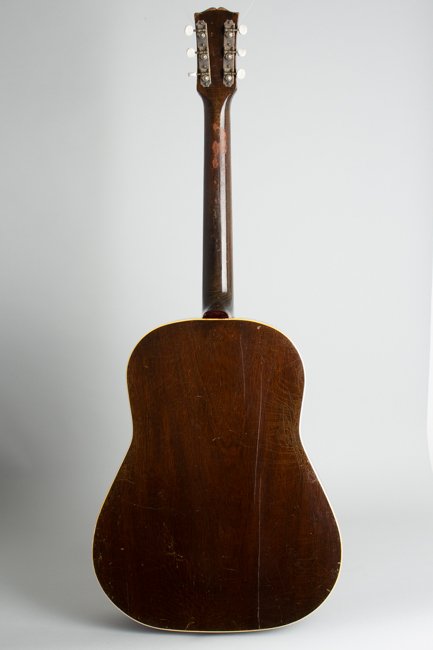 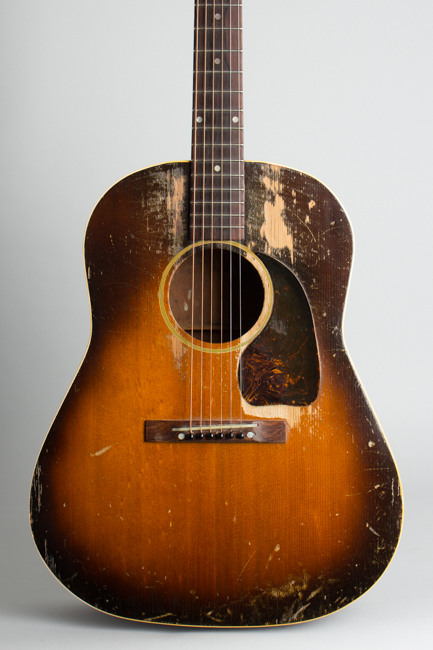 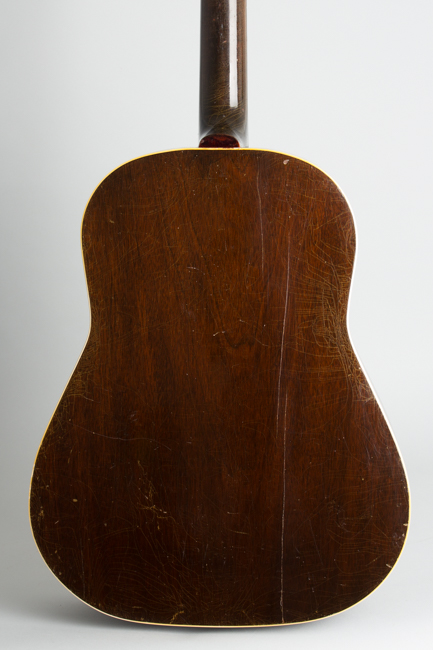 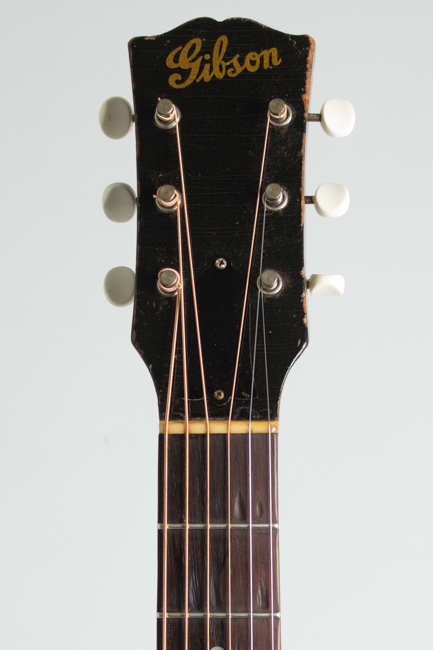 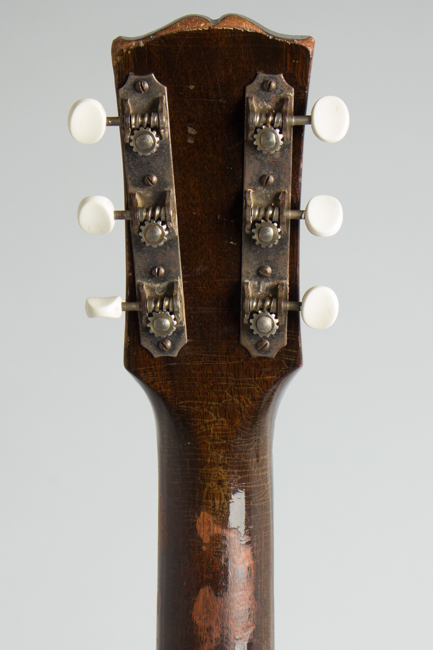 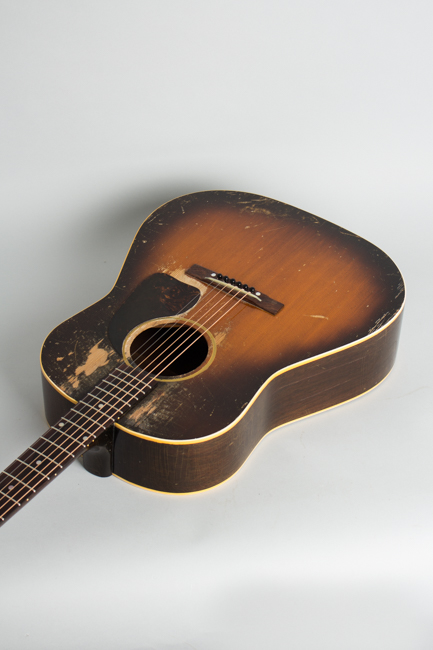 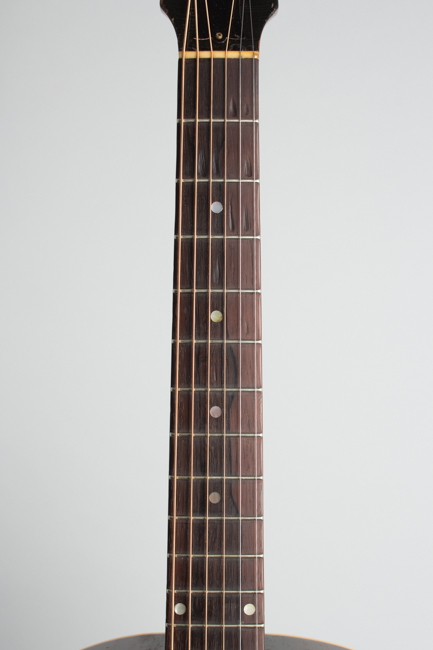 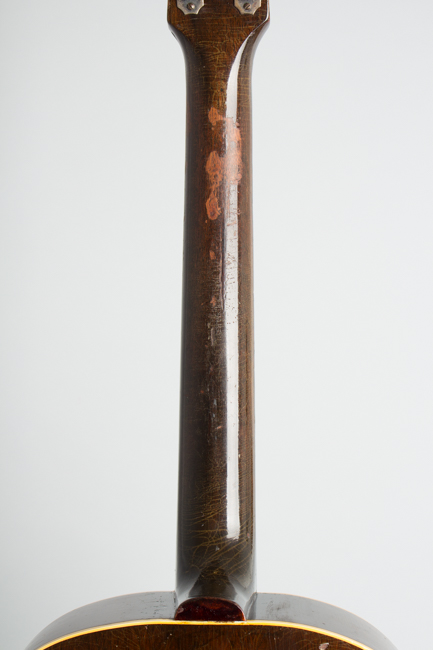 This J-45 has obviously been heavily used over the last 75+ years; we don't know where it's been, but it still has a lot of stories left in it! Gibson's slope-shouldered Jumbo guitars have been very popular since their early 1940s introduction with folk, blues, and pop players, and picking this one up it's easy to see why. This is just-post WWII J-45 has a nice round neck profile, somewhat slimmed from wartime "Louisville slugger" specs with a truss rod installed. It is a superbly comfortable guitar that feels at home right away in pretty much any playing style.

Like most of these 1940s Gibson jumbo guitars this is also a spectacular-sounding instrument, with a big ringing tone that can really cut through. It shows tons of accumulated wear and tear but remains in fine-playing shape, with typical period features including the small straight rosewood bridge, tortoise celluloid pickguard, flat plate wartime-pattern riveted strip tuners, and gold decal Gibson script logo. We always love the J-45s from this period; they really exemplify the best of Gibson's "workingman's jumbo" with no frills but plenty of tonal muscle. This is not the prettiest we have had but has its own major mojo vibe carved into the face by decades of strumming.

This guitar is VERY well-played and thoroughly worn-in but an original and great-sounding instrument that wears its battle scars proudly. There is finish checking and wear pretty much everywhere, but no alterations. This shows mostly to the top which has several large areas picked into the wood above and below the fingerboard and all around the pickguard. Amazingly there are no cracks to the top, but several long grain cracks to the back and upper side, all solidly sealed but visible.

The neck has been neatly reset and refretted with the correct-style wire and playability is excellent. The original bridge is intact with the top worn down a bit and a reshaped saddle. There is no finish work anywhere except a bit of touch up around the heel and to the back of the neck, which is worn down mostly in the lower positions. The original tuners are fitted with new buttons. In an era of artificially "relic-ed" instruments here's as genuine a relic as they come, ready to keep the flame going for another century. Very Good Condition.
×