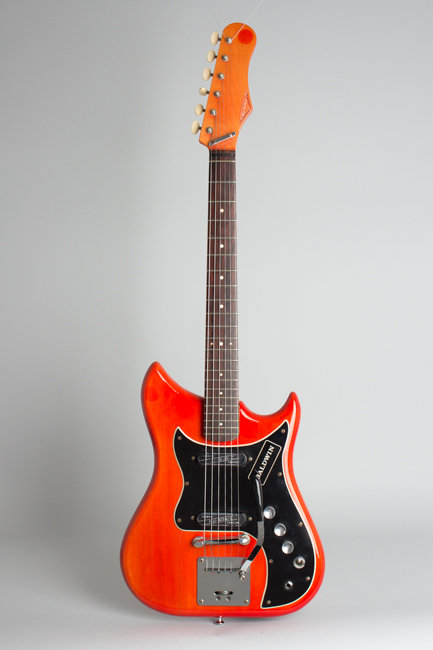 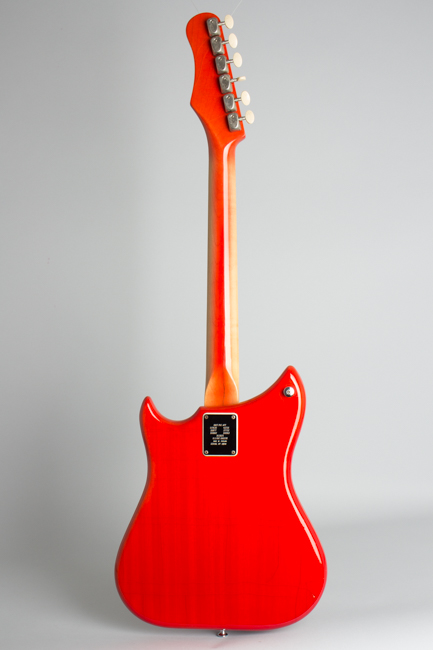 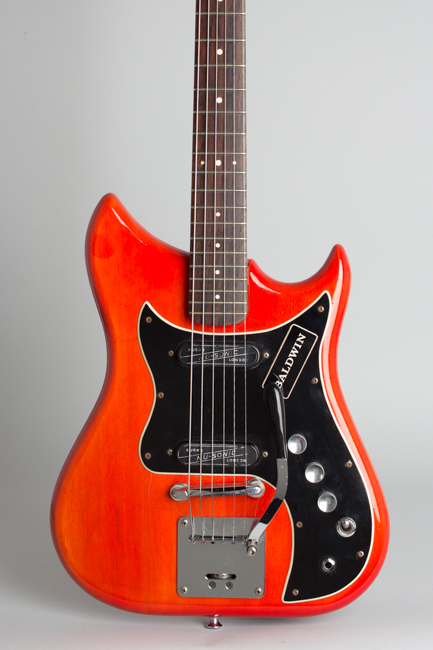 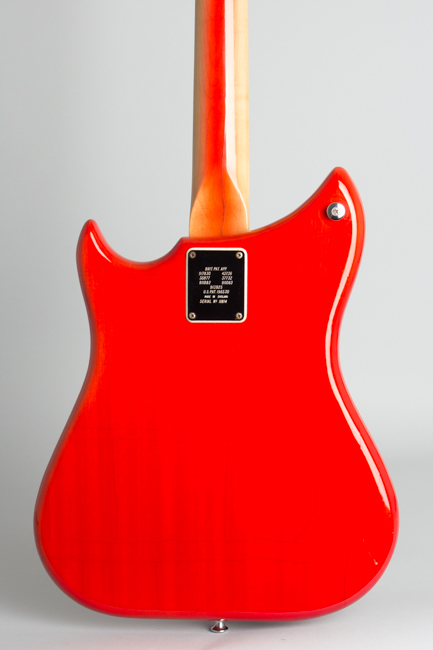 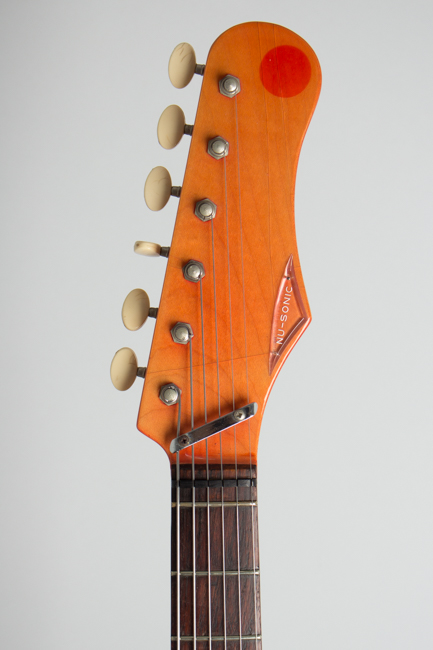 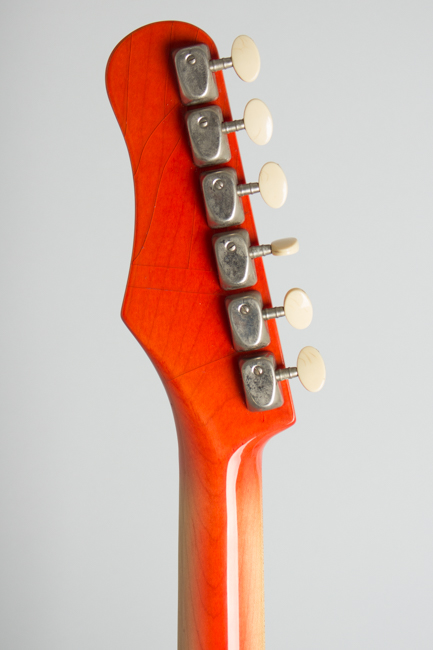 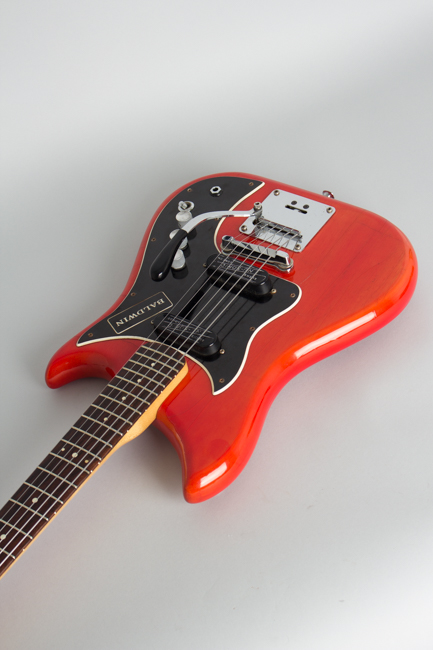 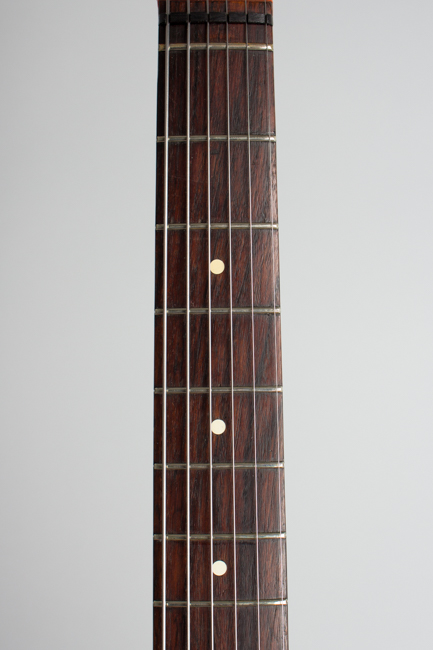 The Nu-Sonic guitar was Burns of London's student-level instrument after mid-1964, introduced to replace the original and by then rather outdated 1960 "Sonic" series. The Nu-Sonic (a typically Burnsian wordplay name) was offered as either a guitar or bass in cherry or black finish at around half the price of a flashy Bison or Marvin guitar. It is roughly the equivalent of Fender's Mustang, and aimed at the same teenage market.

Despite its lower-budget intentions, the Nu-Sonic is a well-made guitar and was actually not particularly cheap by contemporary standards. Perhaps in light of this, it was one of the first models to be dropped by Baldwin after they bought the Burns company in September 1965.

The Nu-Sonics were discontinued after summer 1966, making the total production run very brief at only about two years. Burns-labeled examples are quite rare, and this early Baldwin only slightly less so. This particular guitar was built just around the change in regime and is a Burns in all but name; the cut-in "Baldwin" logo was a later addition to the pickguard before it was shipped out. Fitted out with two single-coil Nu-Sonic Pickups, 3-way switch, individual volumes, and master tone, this is a very light and comfortable guitar with a snarly tone. A cool Burns rarity and neat little player's guitar.

This is a clean, complete, and all original example of this super handy little guitar. Even the usually missing trem arm is intact. The engraving on the plastic pickup covers is still quite crisp; often this is mostly worn away from pick action on these guitars. The finish on the body has some typical checking but retains a nice cherry-orange color. The headstock has faded quite a bit more, and there is a circular spot on the face with no fade -- it must have sat in a window with a price sticker on it or something similar. There is a long finish check on the back of the neck off the heel that has darkened from the oil in players' hands -- this looks rather like a crack in the wood but is not, it is only in the finish! This is a nice-playing example in a better preserved state than most, and includes a period HSC. Overall Excellent Condition.
×