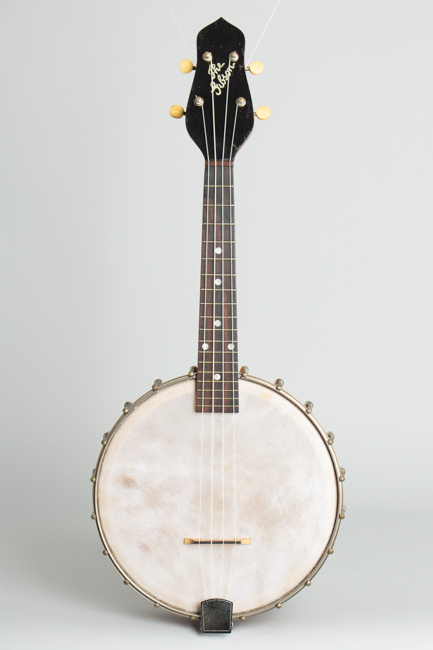 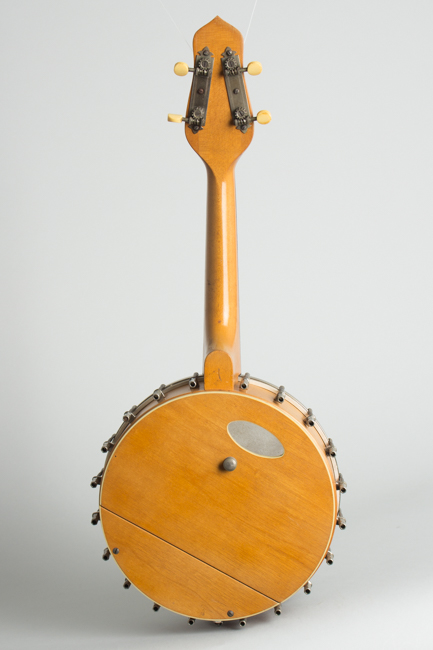 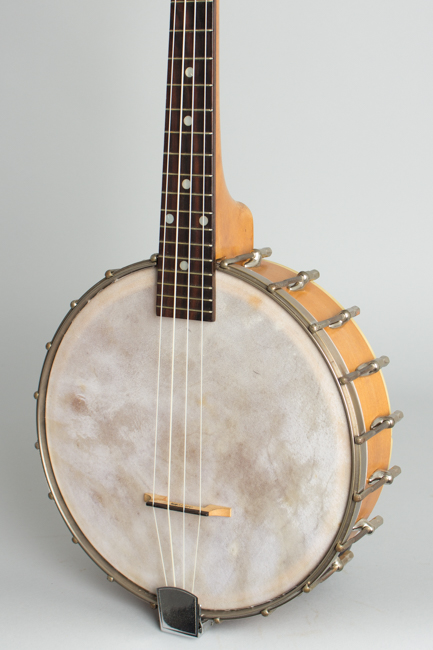 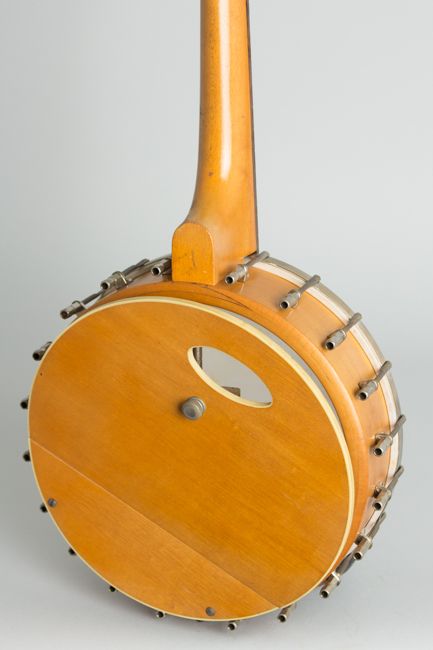 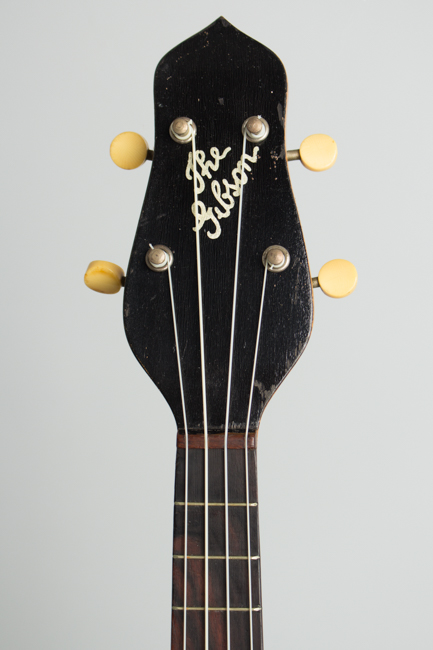 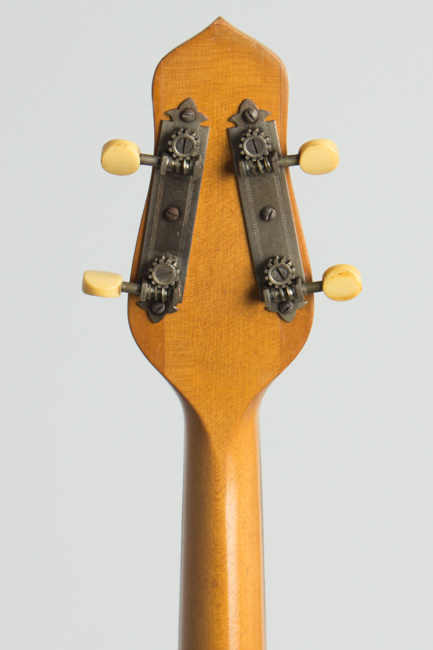 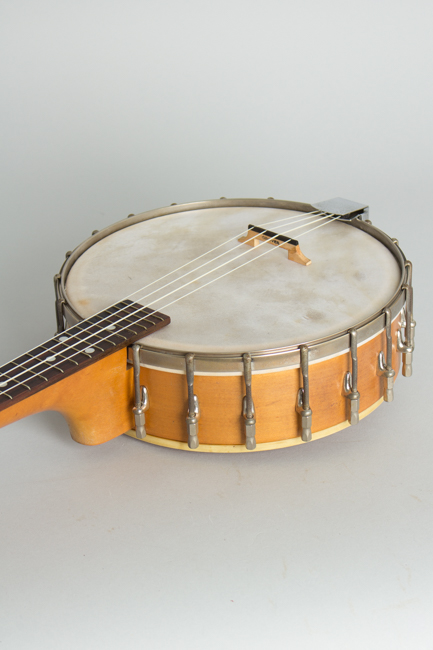 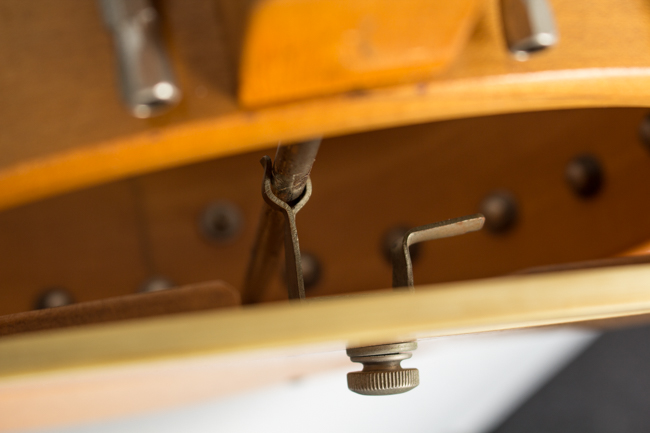 This is a very well-preserved example of a fairly rare 1920s Gibson oddity: the "Style UB". This small 4-string instrument was only produced in the 1924-25 period as Gibson's first effort to attract players of the then hugely popular ukulele. Essentially it is built from parts designed for the company's earlier 9" rim banjo-mandolin, but fitted out with four gut strings. As the 8-string instrument was already fading from popularity at the time, it must have seemed a logical move!

The UB has shared many features with Gibson's other early 1920s banjos, most notably the "trap door" resonator and recently developed coordinator rod system. It is very well-made as is standard with 1920s Gibsons, with a relatively heavy maple rim and neck. The fingerboard has quite narrow spacing at the nut, with a feel more like a mandolin than a uke. The instrument is finished in natural maple overall with good quality nickel-plated hardware including horizontal strip tuners in place of the standard vertical uke pegs. This example has the more elegantly sculpted "snakehead" headstock shape -- some UBs have a blunter boxy design.

By 1926 Gibson introduced a dedicated line of standard ukulele instruments, including four banjo ukes with more conventional 6"-8" rims, and the "UB" was no more -- it was only in production for a year or so. The instrument's mandolin-like neck is very slim and the 9" rim gives a sound both powerful and sweet. The hinged plate resonator on the back can be locked either open or closed and is actually a surprisingly useful feature. In the open position it acts a bit like a monitor, sending some plunking goodness right towards the player's head! The "Style UB" is a fairly obscure piece but remains a unique banjo-uke and a very cool piece of Gibson history.

This UB is in nicely preserved condition overall, with some finish checking and flaking, minor clouding, and loss to the plating, (mostly on the hooks), but not much play wear. It is all original except for the Grover covered tailpiece which is period but fancier than the style Gibson normally used. Set up with a skin head, this is a neat-sounding banjo; not as shrill as many similar instruments and, with its guitar-style pegs, easier to keep in tune than many ukuleles. A resolutely cheerful instrument and a cool find in an early Gibson banjo. Excellent Condition.
×