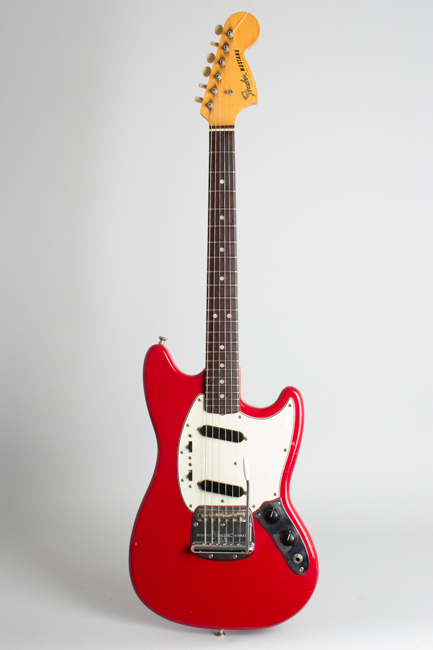 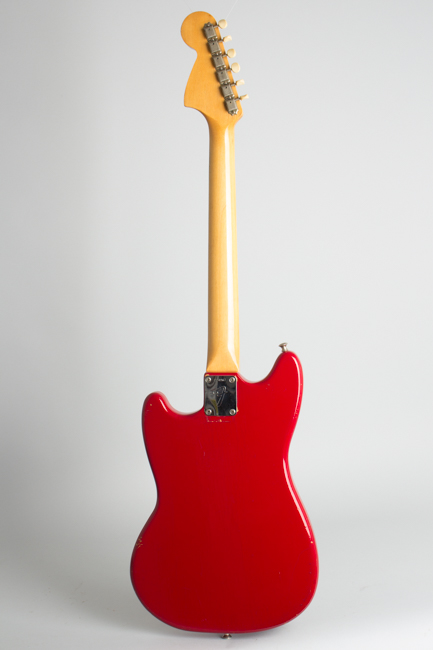 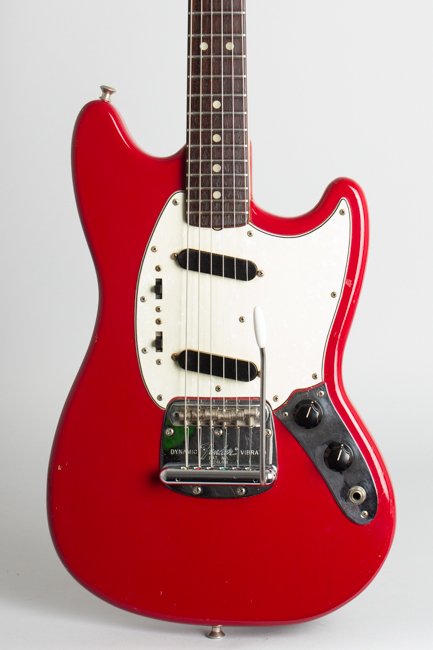 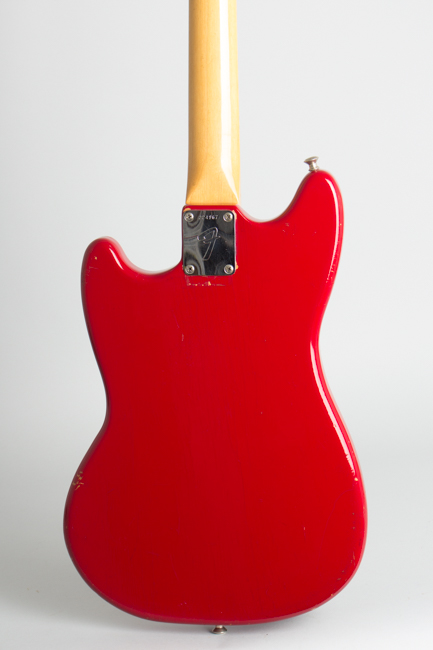 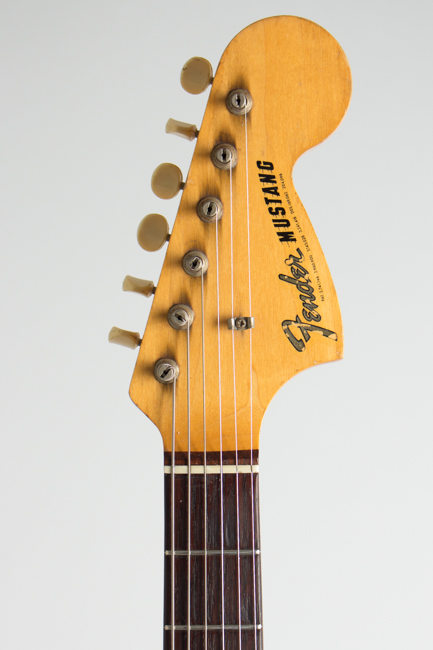 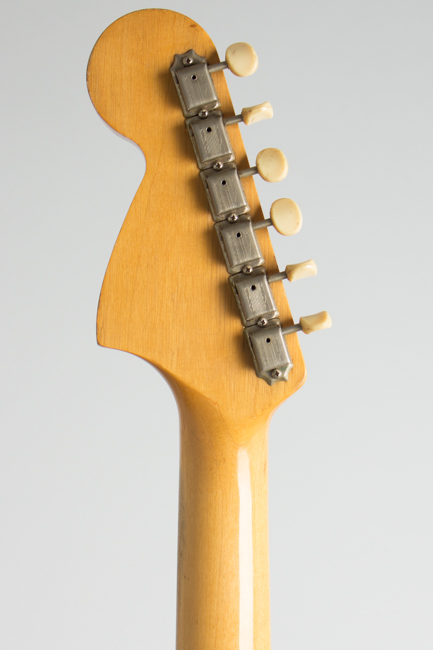 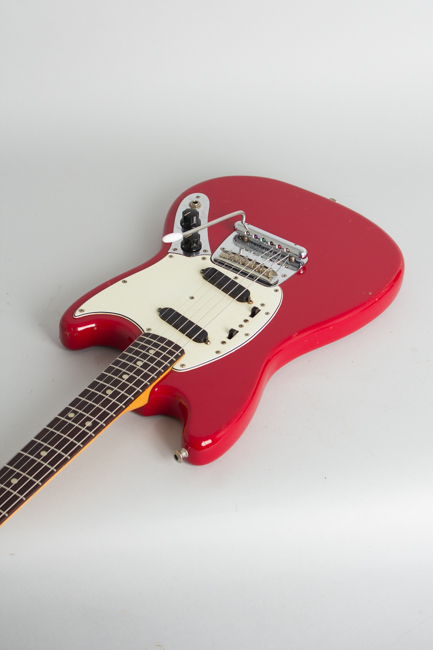 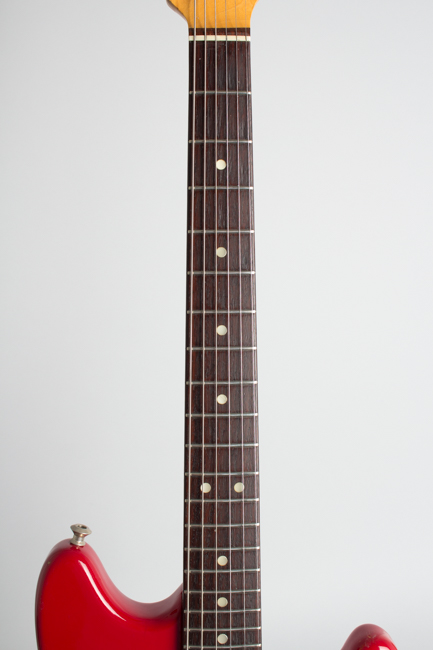 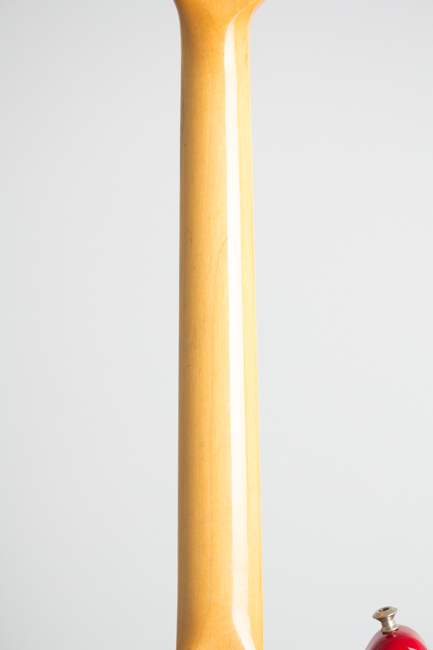 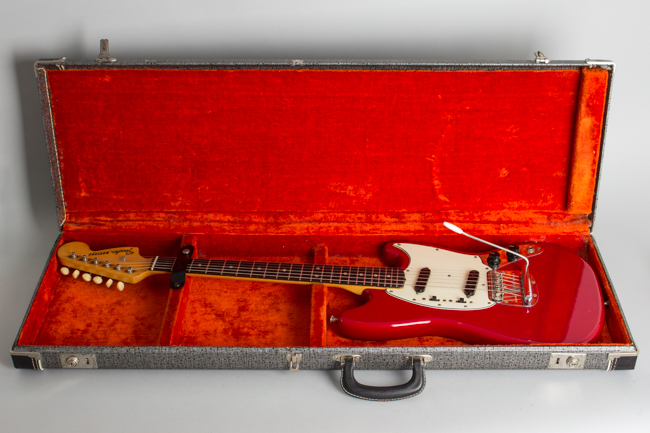 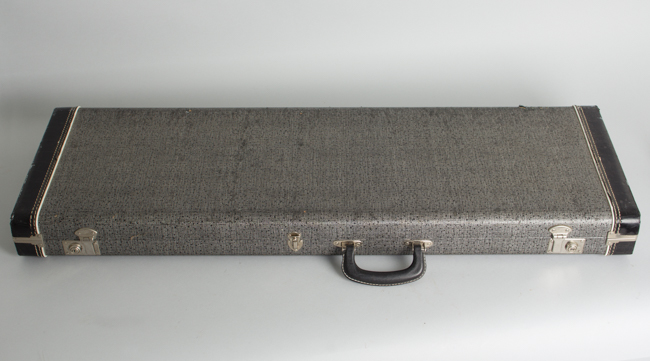 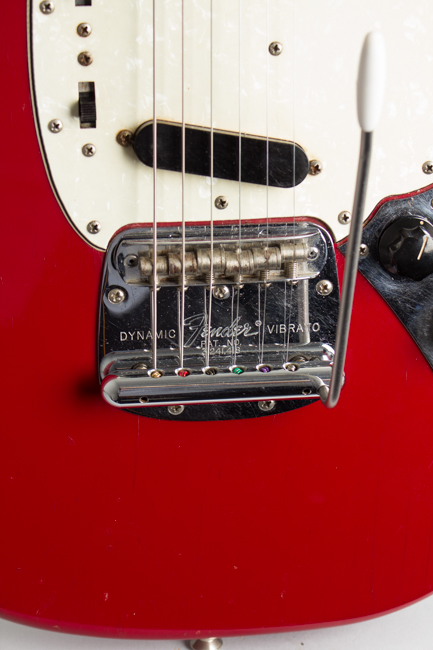 This is an attractive and nicely preserved 1968 Fender Mustang, built around four years after the model's debut in the second half of 1964. The Mustang was Fender's classiest student guitar, basically the same as the Duo-Sonic II with the new "Dynamic vibrato" tailpiece and a floating bridge. The model was instantly successful and has proved a timeless favorite of countless garage bands from the 1960s and '70s until today.

The body on this example sports a lovely red lacquer finish with virtually no fade and the pickguard is laminated plastic with a white pearloid top layer. The neck is dated to early 1968, the pots coded to the 42nd week of 1966 -- nearly all late '60s Fenders have pots made that year. This was the most popular electric guitar in the world in 1966, but by 1968 production numbers were way down and we don't see very many built in this year. In 1969 the model was re-vamped with body contours and a "competition" finish (with a racing stripe) to help revive sales, marking the end of this first-generation style. In all forms the Mustang remains an American classic and is still a great deal in an original 1960s Fender guitar!

This guitar shows some general wear but overall remains quite attractive and in nicely original condition. One switch has been replaced (the original is included) and the trem arm and strap buttons are more recent repros; all else appears as it left Fullerton in 1968. The finish shows small dings and dents and it looks like a small sticker was removed from the back just beneath the neckplate, taking a few finish chips with it. The red lacquer has retained excellent color and looks brighter and stronger than many.

The headstock decal has some small chips, and there is an odd "shadow" in the finish around the tuning posts, likely the result of some sort of oil used to lubricate the gears long ago. The frets show some light wear but remain in excellent playable condition and this is a good-playing and fine-sounding Mustang from the last year of the model's original incarnation. Includes a nice original HSC. Excellent Condition.
×