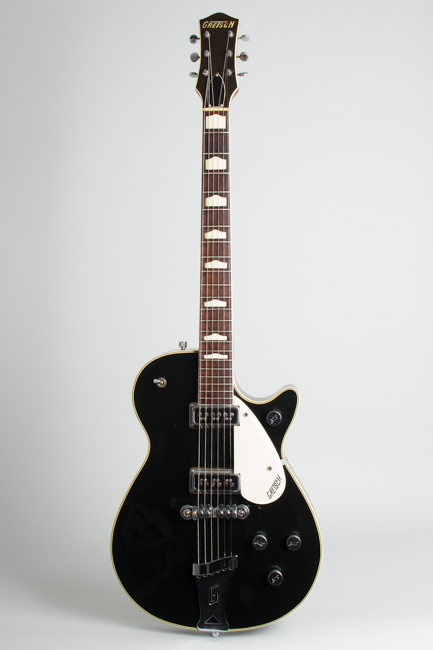 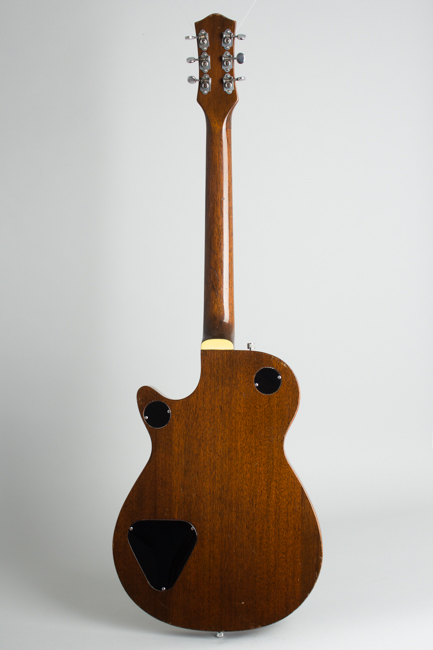 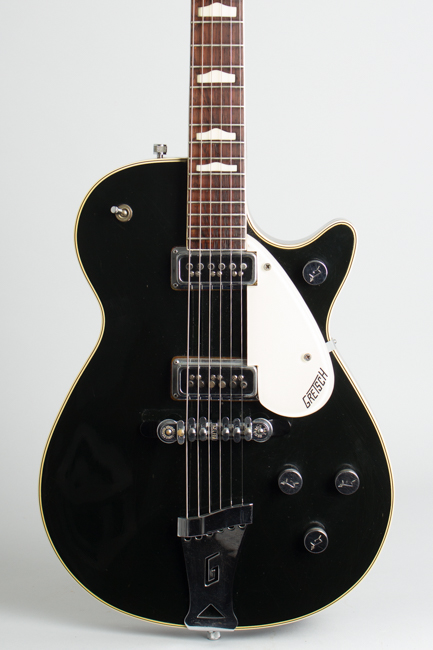 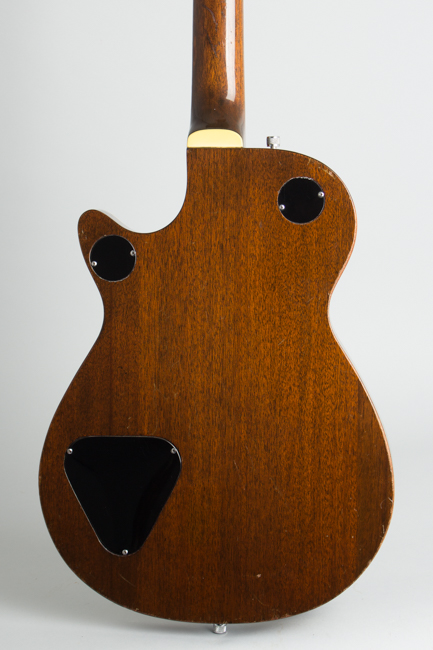 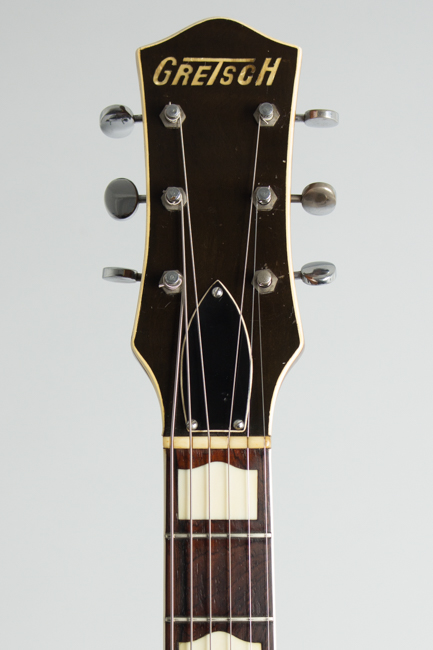 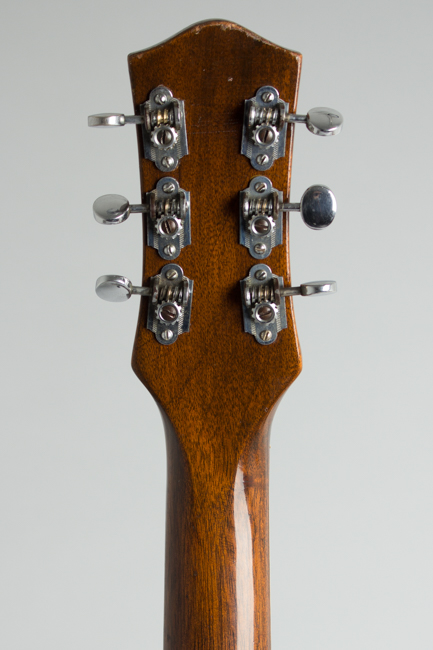 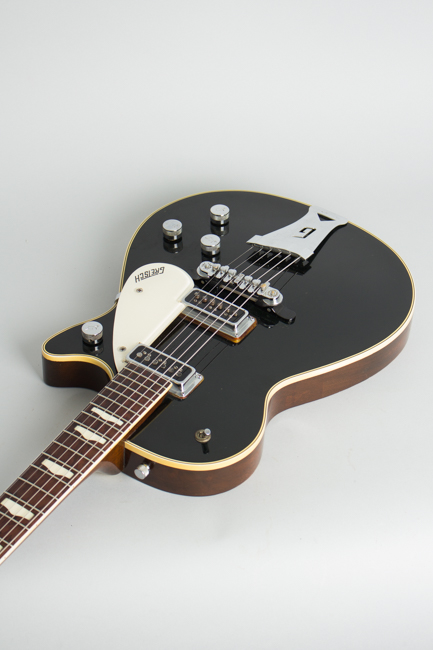 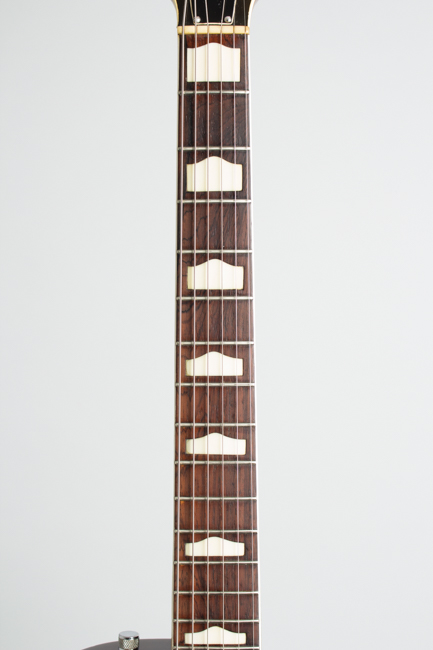 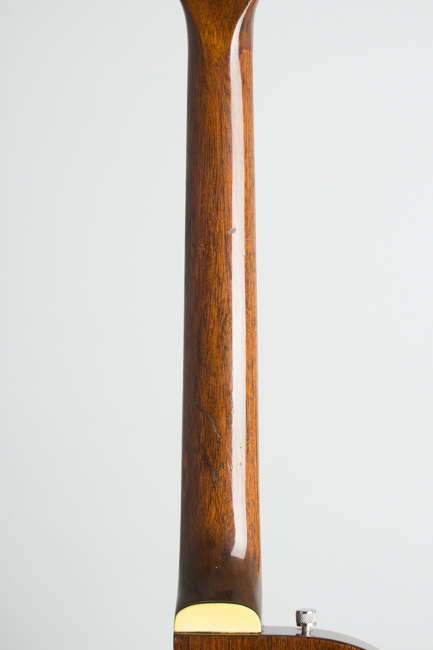 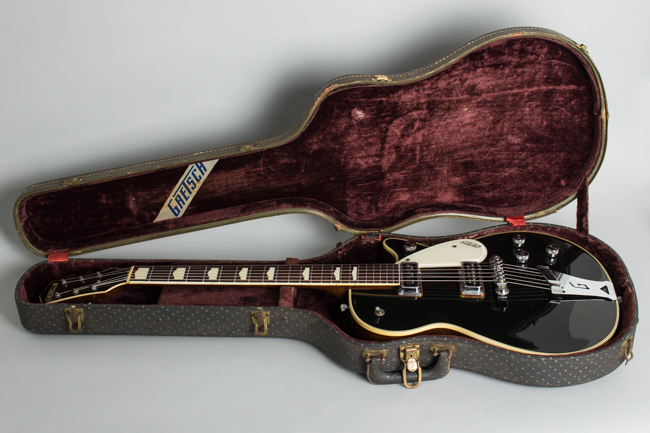 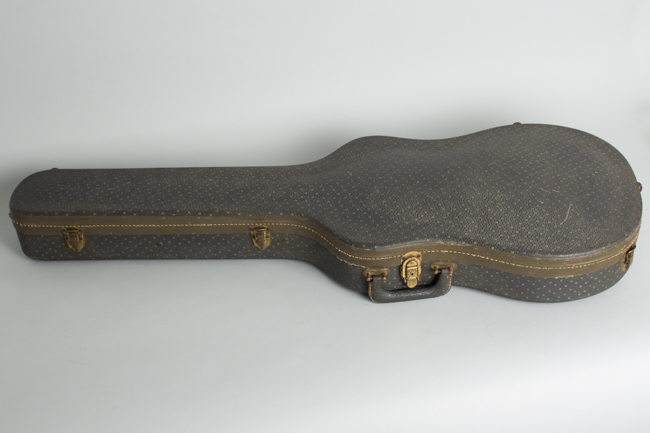 This guitar is a relatively rare Gretsch Duo Jet from 1957 with features specific to this year, and the special distinction of being one of the seminal "Beatle Guitars" long sought after by collectors and fans of the group. George Harrison's first "good guitar" was a Duo Jet of this exact vintage bought second hand in Liverpool in mid-1961. He used this guitar for all Beatle performances and recordings up until the middle of 1963 before moving up to the more deluxe Gretsch Country Gentleman that became his primary instrument at the height of Beatlemania.

The pickups on this Duo Jet are the DeArmond Dynasonic units that Gretsch used from the early 1950s; the next year they would be replaced by the company's new Filter 'Tron humbuckers. A feature on this Jet new for 1957 is the fingerboard inlay which is "hump block" style used only in this year; in 1958 the inlay was changed to the Neo-Classic or "Thumbprint" pattern. This combination of features is specific to "Jets" from 1957; so a correct "Harrison spec" model must date to this year only. The guitar Harrison owned and played had an added Bigsby vibrato and Chet Atkins style bar bridge; these would be easy enough additions for the completist, but we have left this guitar stock as it shipped from Brooklyn in mid-1957 with a "G" logo trapeze tailpiece.

The Gretsch Jet series were officially described as solid-bodies but are actually chambered semi-solids, with a plywood top mounted over a hollowed-out mahogany body. The sound falls rather in between the typical Gretsch hollowbody and a solid guitar, with a lot of bite but more airy quality than a Les Paul. The Duo Jet carries a black nitron plastic top on a natural mahogany body and neck, and was a fairly popular guitar in the 1950s. Other Jet variations: the red-topped Jet Fire Bird and flashy Silver Jet are the same instruments with different finishes. Over the years the Jets have proved to be one of Gretsch's classic designs, none more so than this "Beatle Spec." black beauty.

This is a really superb example of this specific and much sought-after Jet variation, with all original finish and hardware, completely unaltered and in fine playing condition. Overall there is minor wear to the finish; rubs and belt buckle scratching on the back and sides and some light marks on the top from the bridge feet moving around. The frets have been dressed down somewhat but still play well.

This Duo Jet has no binding distress and the neck angle is excellent -- both often sore points on older Gretsch guitars. It also does not appear to have ever had or needed the neck to be reset. A previous owner wrote the name "S.Smith" very lightly in pencil on the internal label. This beautiful Jet still resides in its original textured vinyl hardshell case with the Gretsch banner under the lid, and there is an old Gretsch branded strap in the pocket. This is as nice a '50s Duo Jet as we have ever had -- especially for a '57 -- and is just a wicked cool guitar, even without the historic Beatle connection. Excellent Condition.
×