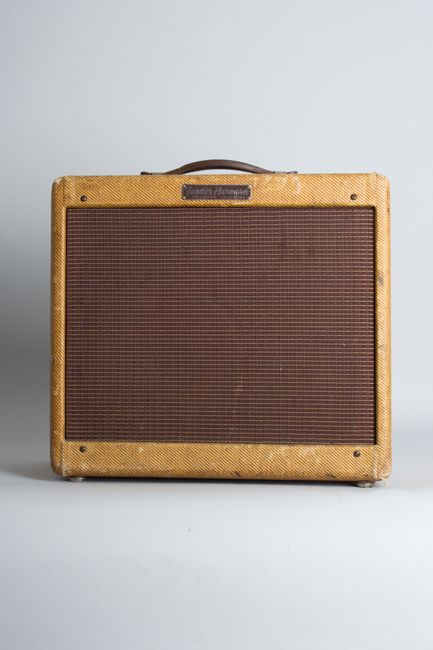 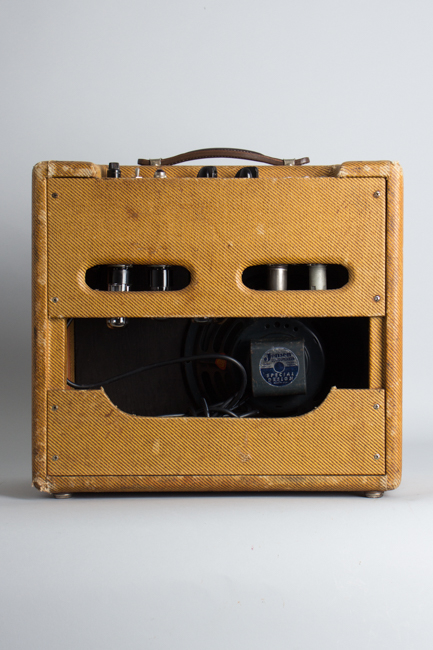 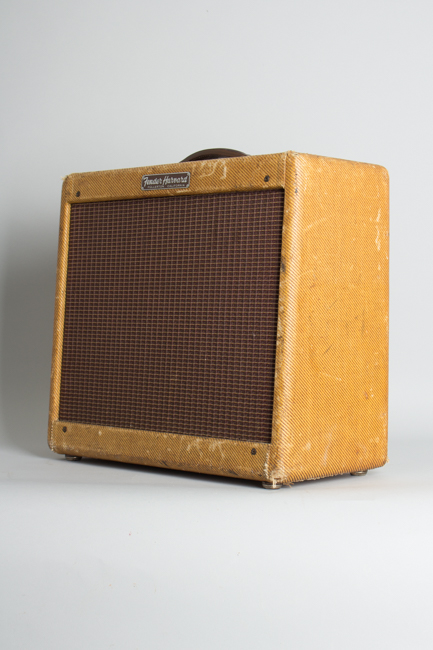 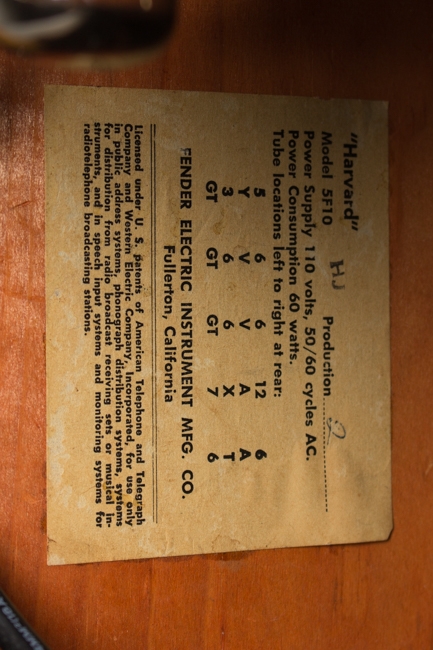 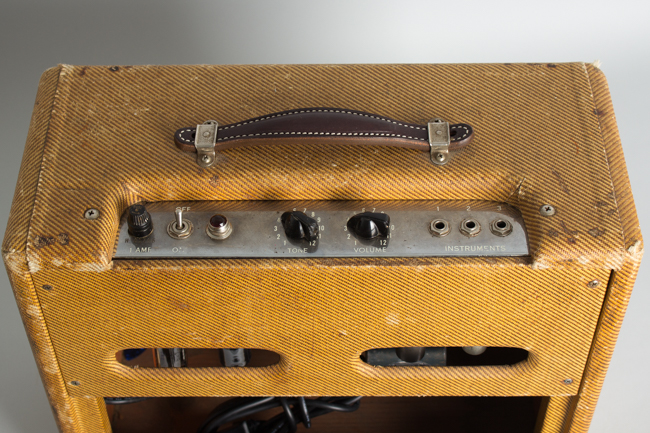 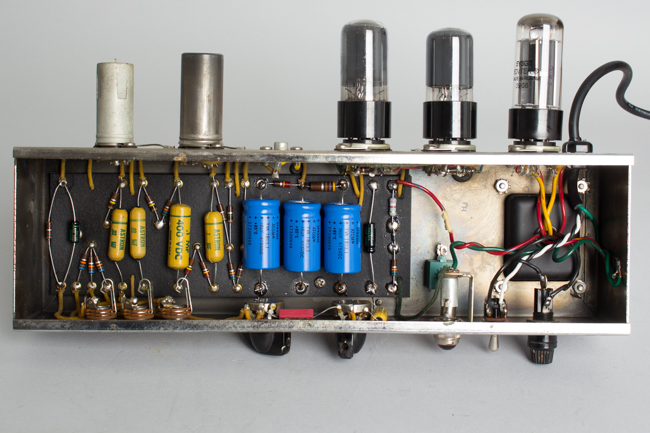 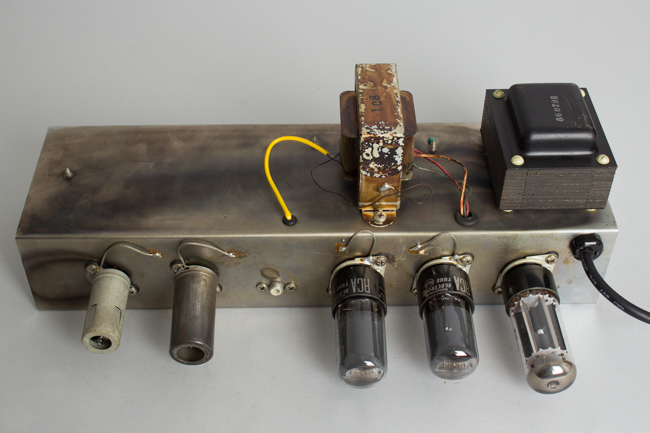 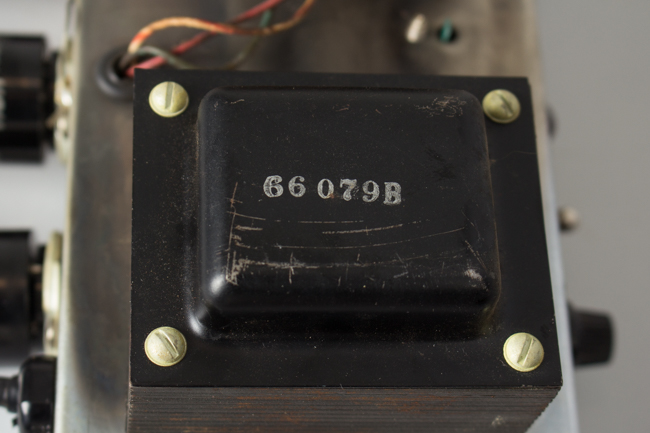 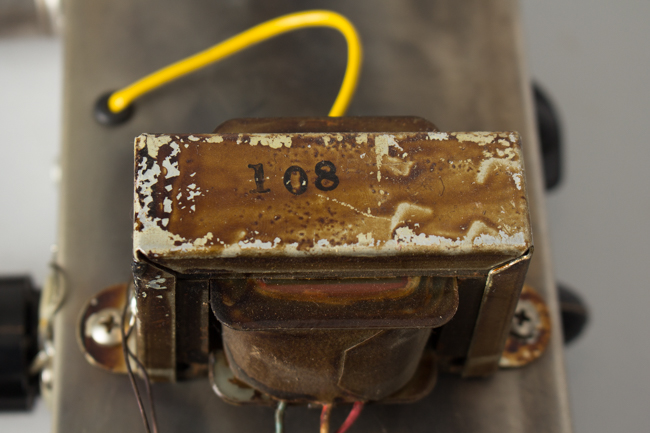 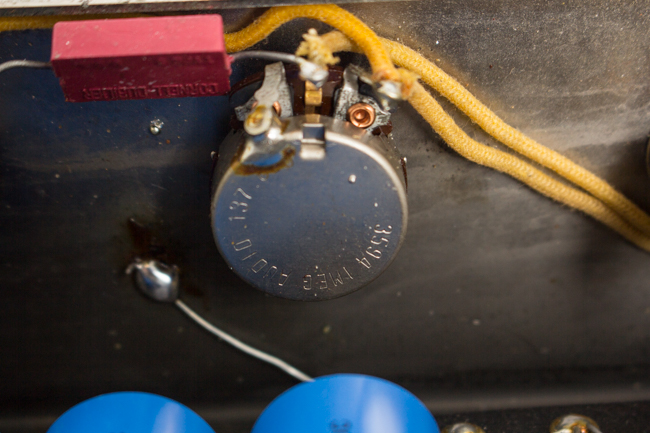 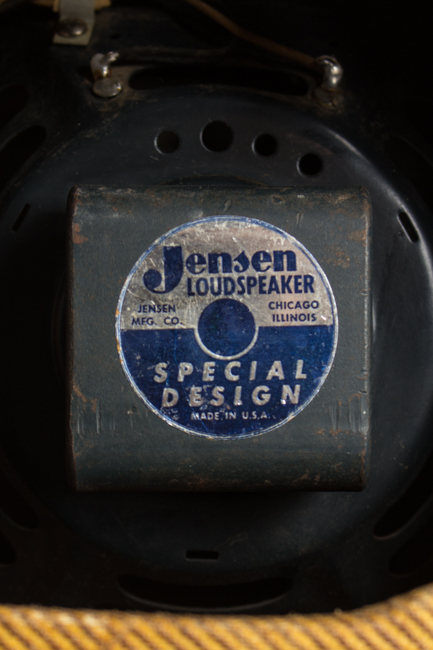 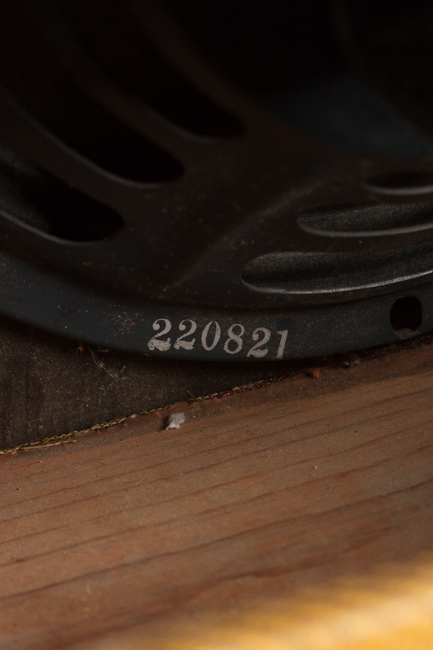 This great-sounding if somewhat worn-in Harvard (the Princeton's big brother) has a Tube chart code and chassis stamp of HJ, indicating assembly in October of 1958. It remains almost entirely original as wired up by Lily including both transformers, one of which the beefier 108 Triad output transformer, more commonly seen in the Tremolux. It has had the typical light cap job, including "death cap" removal and a grounded 3-prong cord added and biasing but no changes to the circuit. A matched set of NOS RCA tubes is fitted.

The original speaker is a Jensen dated the 21st week of 1958. The outside of the amp shows some typical dirt and wear to the tweed and one dent into the wood to the top near the edge. There are a number of small cigarette burns to the top edges. The control panel chrome shows some light corrosion and looks like someone overcleaned it slightly long ago; some of the chrome is a bit dull, but the graphics are largely intact. The leather handle is a high-grade replacement.

All-in-all this remains a super cool example of the big-sounding 10-watt "Steve Cropper Classic" amp, one of Fender's less well-known gems and a shop favorite. It's easily one of the best-sounding Harvards we have had we have heard and yes, we've played "Green Onions" on it...in F. Very Good + Condition.
×