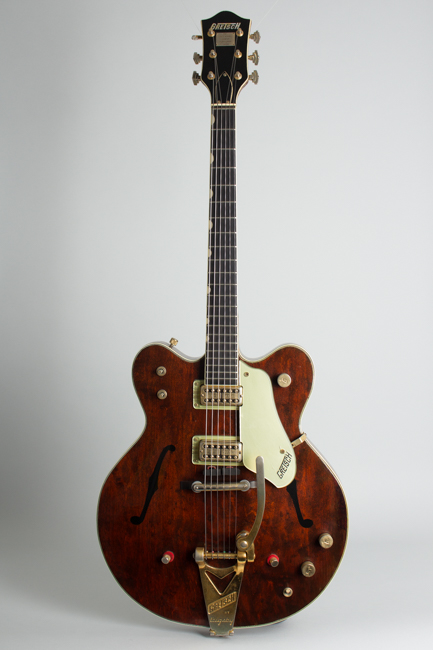 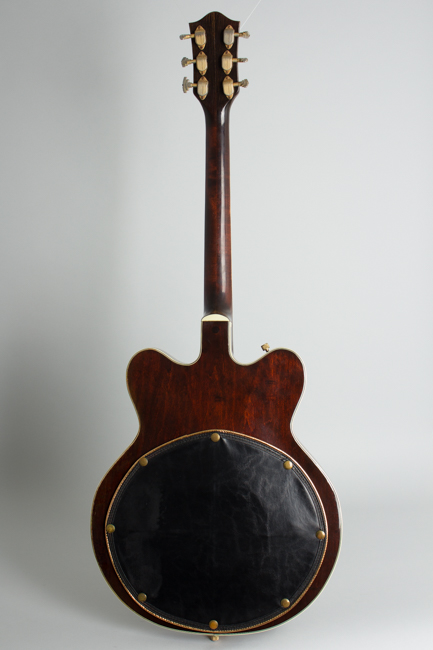 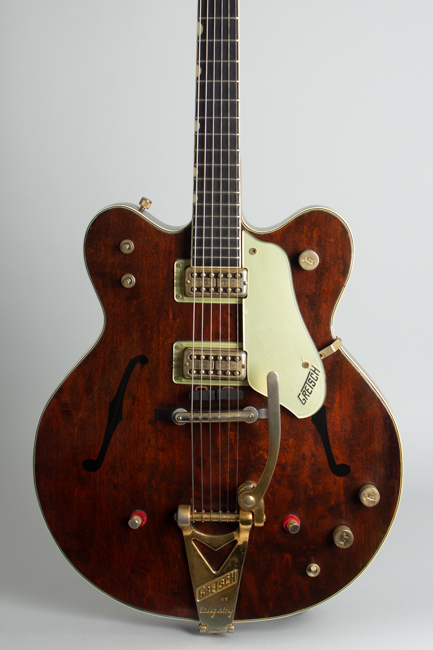 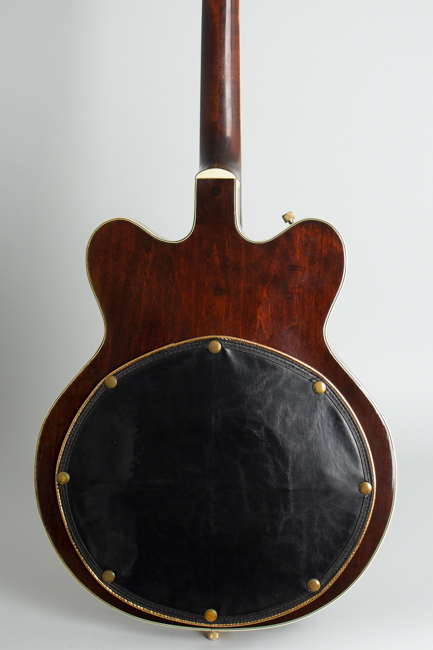 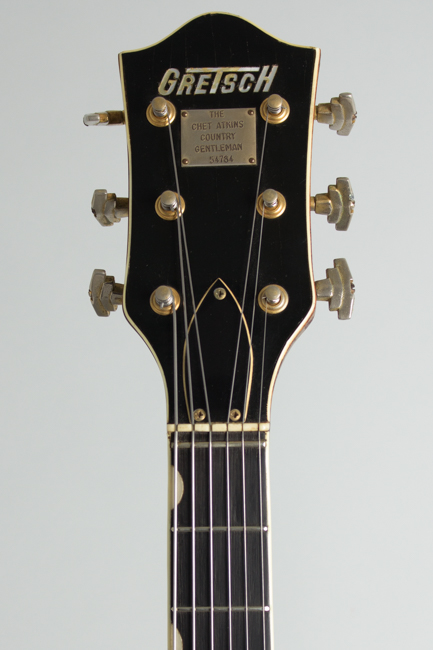 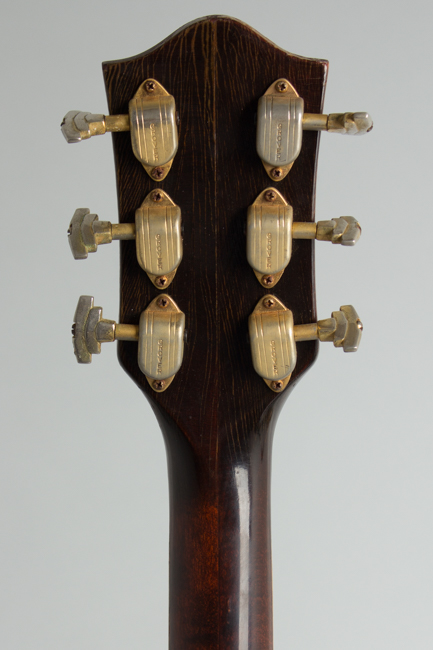 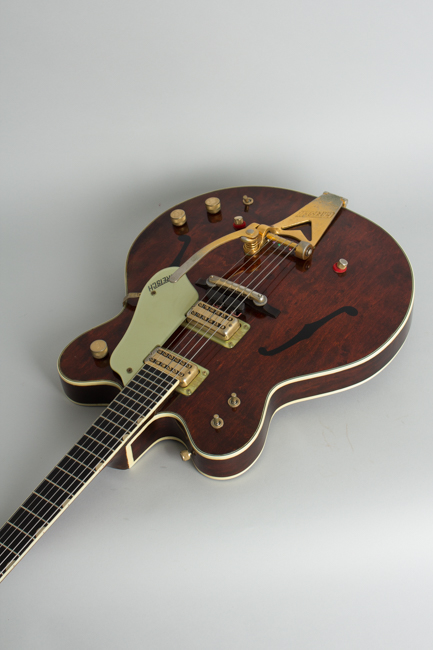 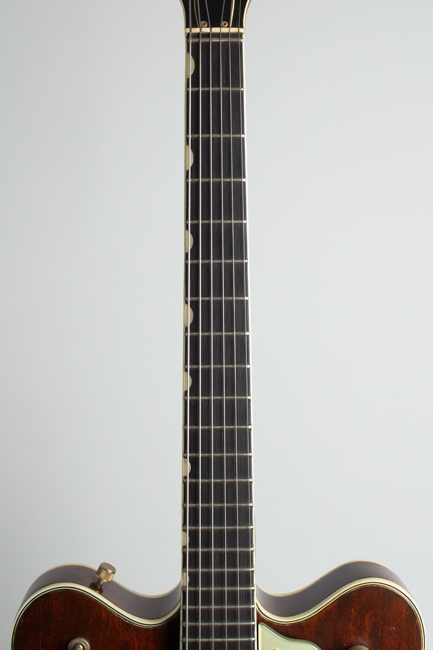 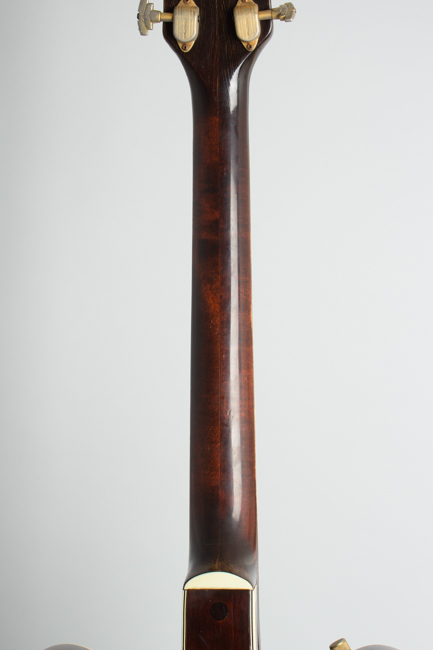 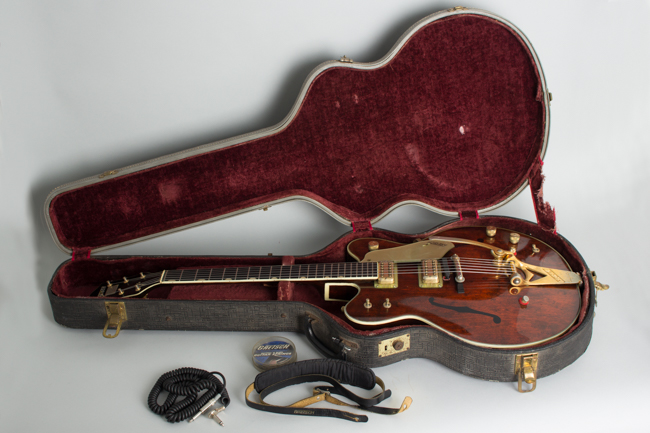 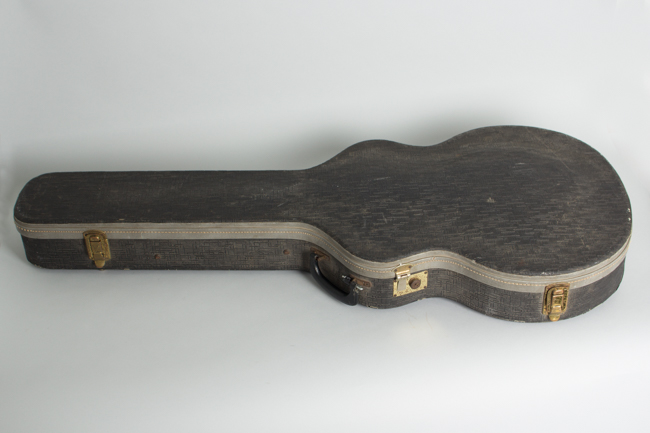 There are "Beatle guitars" and there are "BEATLE GUITARS"; this 1963 PX-6122 Country Gentleman is one of the latter. When George Harrison appeared on the Ed Sullivan Show on February 9, 1964 seen by millions of instant fans playing this exact style instrument, the 1963 Country Gentleman became forever linked to the band's legend. This is a lovely example of the definitive "Harrison Spec" Gent, from exactly the same era and with the same features as the second of two Country Gentleman guitars Harrison famously employed. That instrument was used constantly during the band's 1963-4 recording, American breakthrough, and the extensive world touring in 1964 and is the single instrument most associated with George to this day.

The Country Gentleman in any form is one of Gretsch's classic models, designed in consultation with Chet Atkins before becoming associated with Harrison and subsequently a host of others. It features the thin double-cutaway closed "Electrotone" body introduced in 1962 with simulated f-holes. After the Beatles' Ed Sullivan show appearance, the Country Gentleman was immediately enshrined as an absolute classic 1960s guitar, one of Gretsch's most consistently successful creations used by countless English and American beat groups. Orders went through the roof at Gretsch, and we generally feel that the limited number of instruments produced BEFORE the Beatles' arrival are usually more carefully built than those rushed out after February 1964.

This particular guitar dates to around mid-1963 and matches exactly what is known the "Harrison spec" features. In 1964 Gretsch altered the model to mount a Super'tron pickup in the neck position, giving a different sound and look than Harrison's iconic 1963 model. Other differences in later models include a single rather than double mute system and the round "kidney button" shape of the Grover Imperial tuners. This guitar features two gold-plated Filter'tron pickups, a solid bar bridge and "Gretsch by Bigsby" tailpiece, and the quirky double "flip-up mute" system with red felt around the knobs.

The Country Gentleman was the top of the Chet Atkins signature line and always a deluxe and quite expensive guitar...in 1963 it was a solid but not huge seller. After the Beatle connection many more Gents were sold in the mid-'60s despite the high price tag, but genuine 1963 models are relatively rare. This one is as nice as we have seen in many moons, and is a lovely guitar even outside of its Beatle connections.

For a 1960s Gretsch, this guitar is in amazing condition. There are no signs of binding deterioration at all, AND the neck angle is excellent. Unfortunately both of these points are problematic on many period instruments from Gretsch, which makes it all the more the pleasure to find one free of them. The guitar shows light typical play wear, but remains original and complete except the foam pads on the mutes have been replaced.

Overall the finish is very clean, with only some handling marks over most of the instrument. The exception is the treble side of the body, where it looks like the instrument was exposed to dampness long ago and the finish flaked a bit and was oversprayed. This is limited to this one area, and there is no jack repair adjacent to it. The body binding shows slight shrinkage at the waist but no cracking, crumbling, or outgassing at all. The finish on the back of the headstock has some checking, and the headstock veneer on the face has some shallow cracks mostly near the top. The gold plating has some typical wear overall.

The pickguard has one small crack at the lower mounting screw, and the gold paint backing up the clear Lucite has some subtle uneven lines...nothing too noticeable. The original frets have been dressed and the guitar plays very well. Everything works as intended, even the elaborate double mute system. This is a super example of this relatively rare short-lived variation of the Country Gentleman, as nice as we have ever had. The original case is included; in the pocket there is an original Gretsch branded strap and period set of "Rhythm & Blues" Gretsch strings in the round plastic pack, and an old curly cord. Overall Excellent Condition.
×