Orpheum Style B Arch Top Mandolin, made by Stradolin , c. 1950 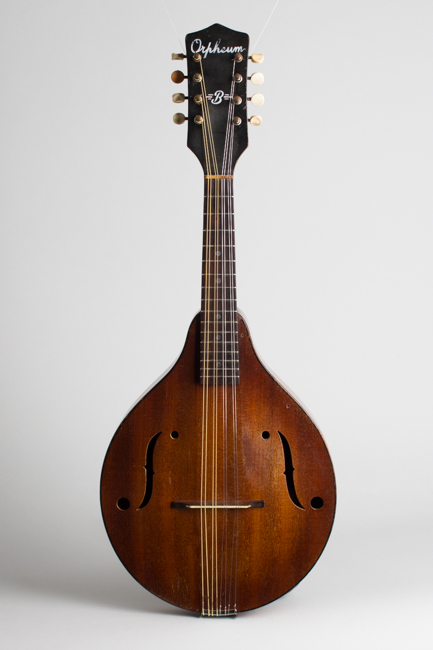 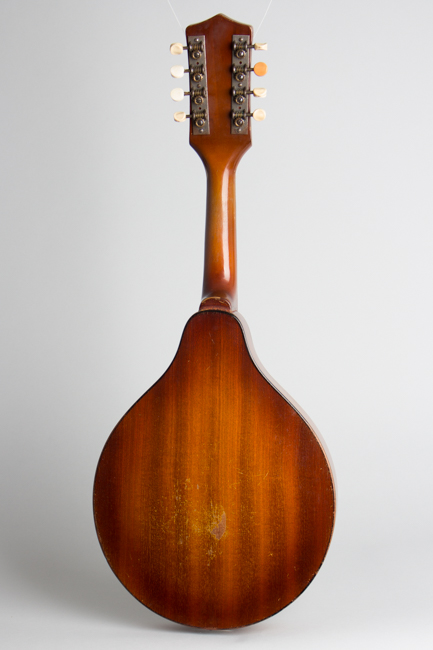 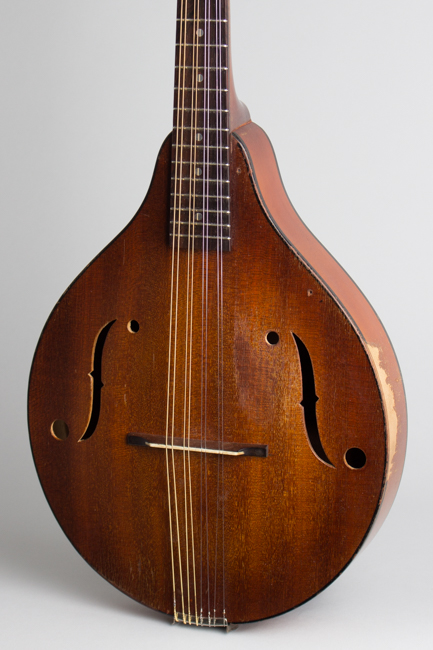 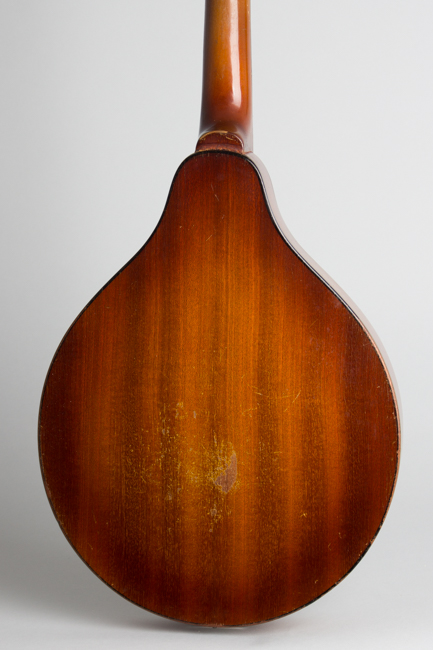 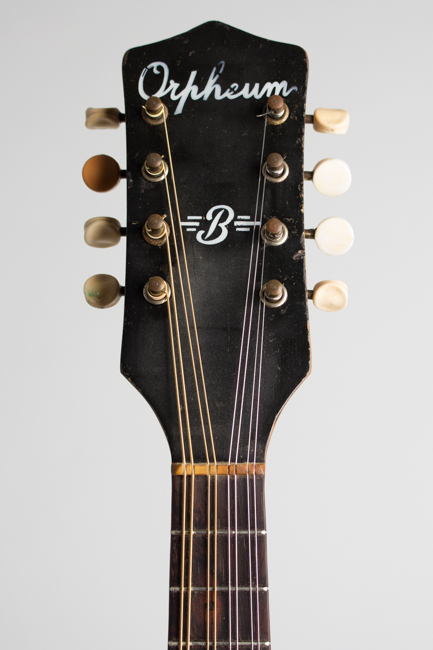 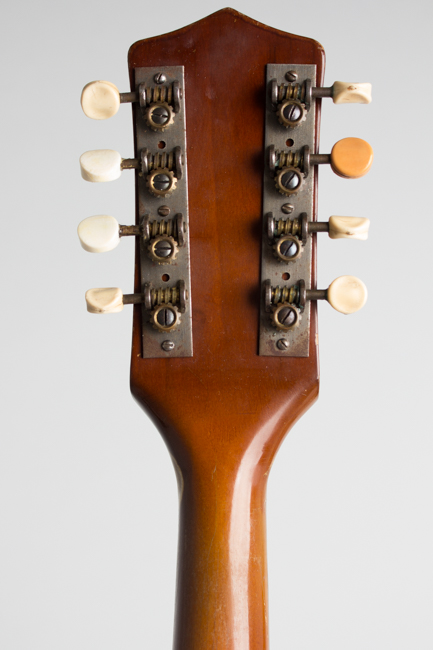 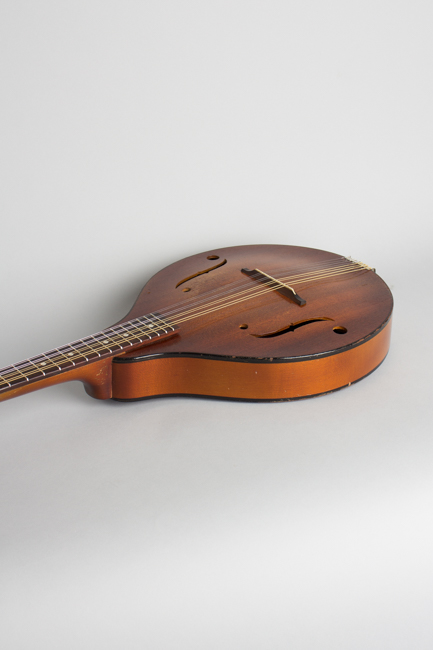 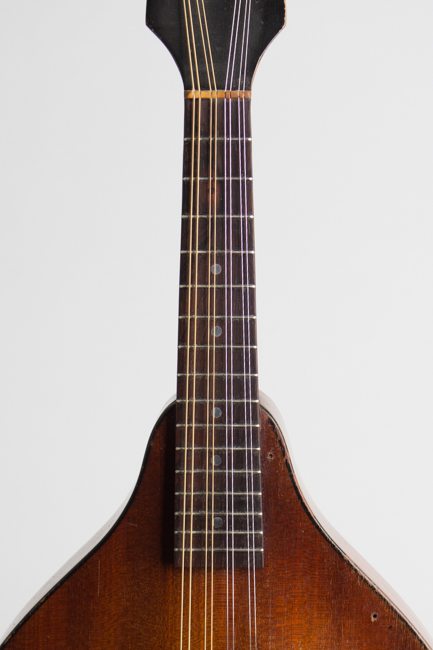 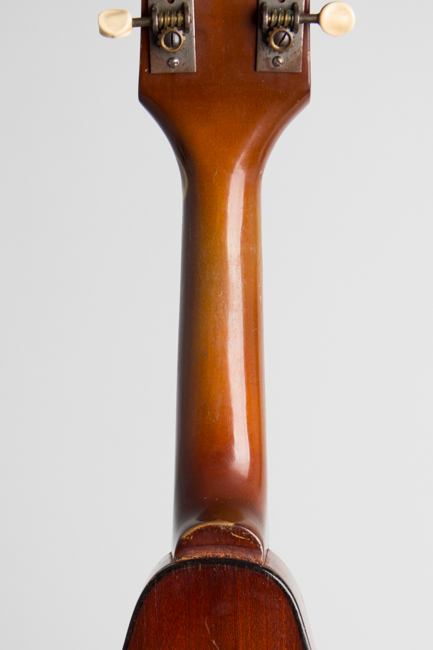 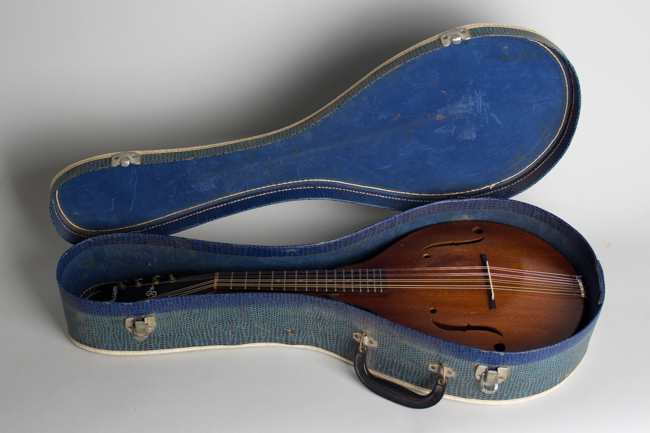 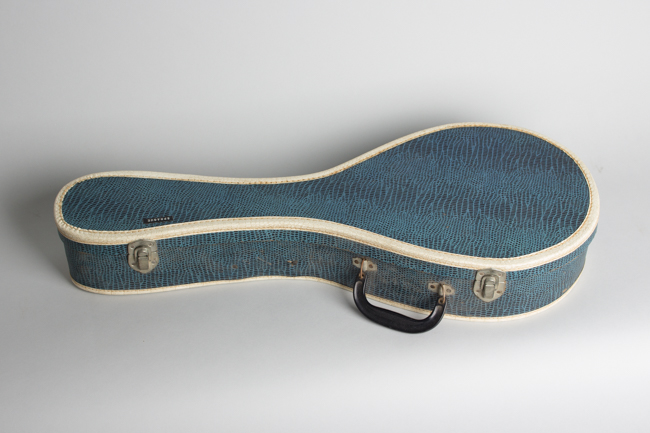 The Orpheum brand name originally was a trademark of New York banjo makers Rettberg & Lange in the early 20th century. After Lange's banjo empire was liquidated just before WWII the name was acquired by the Maurice Lipsky Music Company, one of many New York-based instrument distributors. Lipsky applied the Orpheum name to guitars, mandolins and banjos from a number of different builders including Kay, United Guitars, and by the 1960s Japanese sources.

This "Style B" Orpheum mandolin is the product of the small but prolific Strad-o-lin workshop, also located in NYC. It is impossible to date exactly but the early 1950's is a good guess, based on the hardware. It is pretty typical of their product, which is basic in design but generally quite well made. The top and back of the laminated maple body are covered with mahogany veneers, a somewhat unconventional but attractive look. The bridge solid, the fingerboard raised off the top and the tuners simple openback strips. Strad-O-lins are generally considered among the best vintage beginner-grade mandolins, and this one is no exception.

Overall length is 25 1/2 in. (64.8 cm.), 10 in. (25.4 cm.) width, and 1 7/8 in. (4.8 cm.) in depth, measured at side of rim. Scale length is 13 3/4 in. (349 mm.). Width of nut is 1 3/16 in. (30 mm.).
This mandolin is a nice player, a good beginner's or general knock-around studio or gigging instrument. It is original with no major repairs or alterations; the pickguard and tailpiece cover are long gone but it is otherwise intact. There is one notable pick wear spot to the top and some general wear overall including scuffs, scratches and dings. The back has one belt buckle wear spot and there is a decent size area of finish on the lower side worn down to the wood, probably from rubbing against the case over many years.

There is one spot of finish rubbed away on the treble side of the neck by the nut. The frets are very good showing hardly any wear, the neck is nice and straight and the mandolin plays very easily with a pleasant if not particularly powerful sound. It is complete in a cheerful looking 1950's two-tone blue chipboard with a Silvertone logo inside. Very Good + Condition.
×