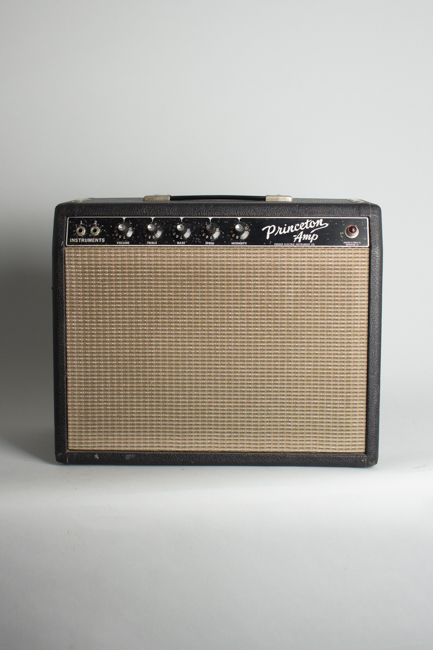 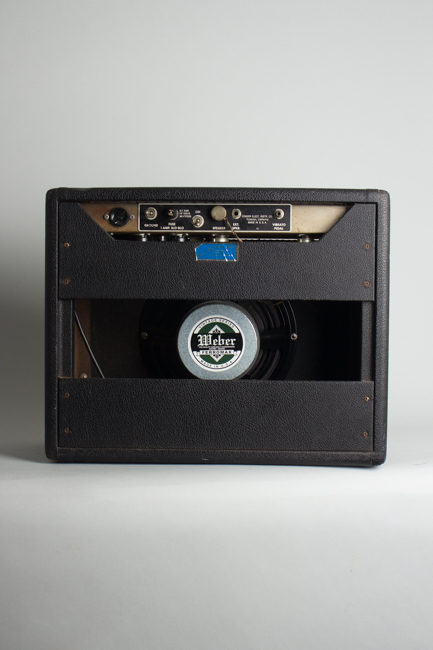 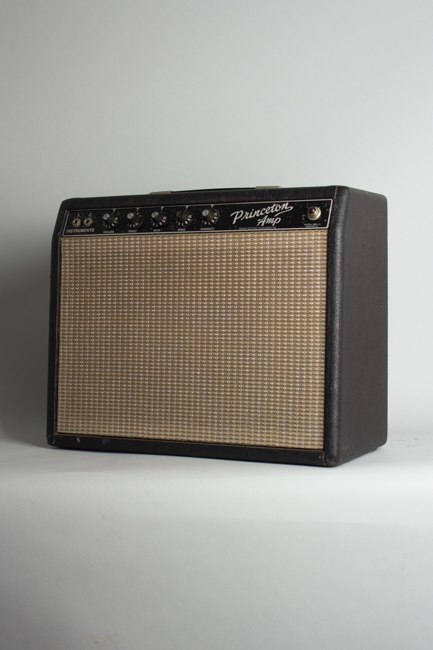 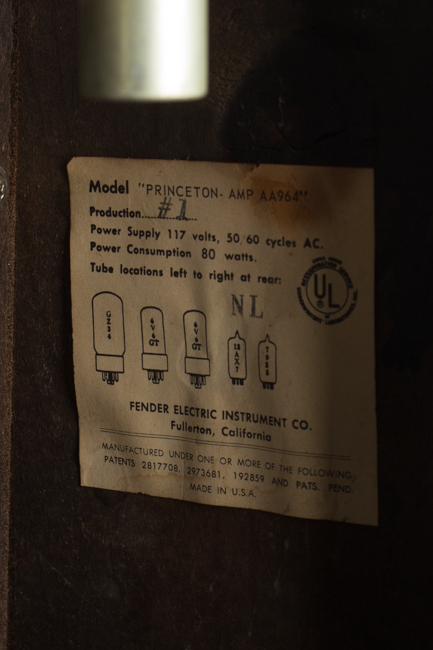 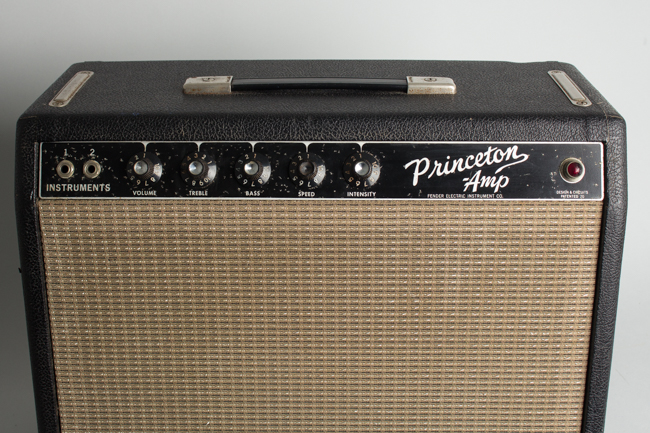 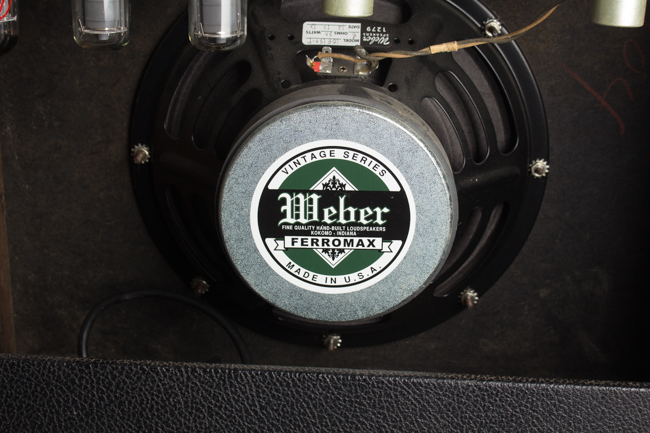 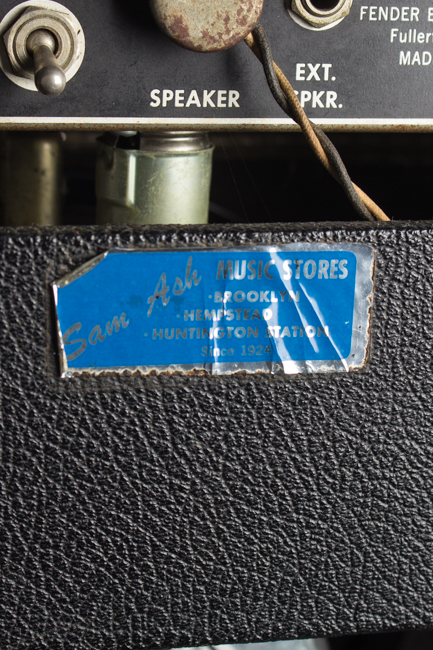 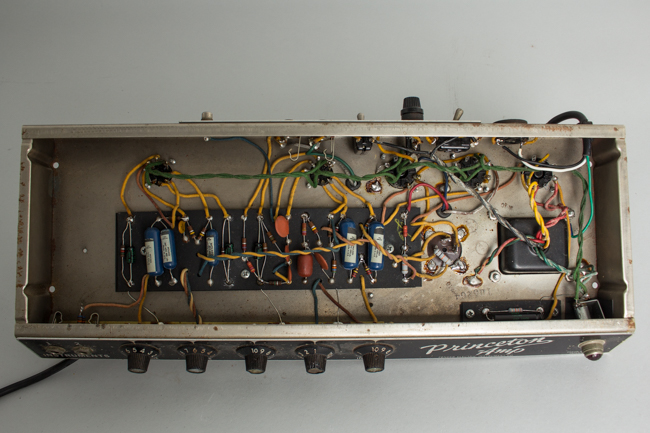 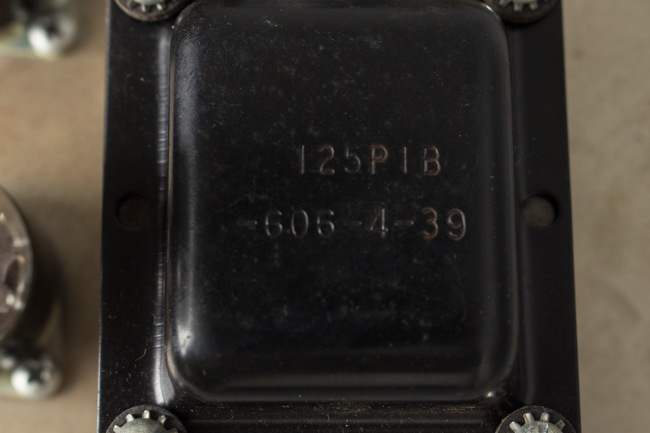 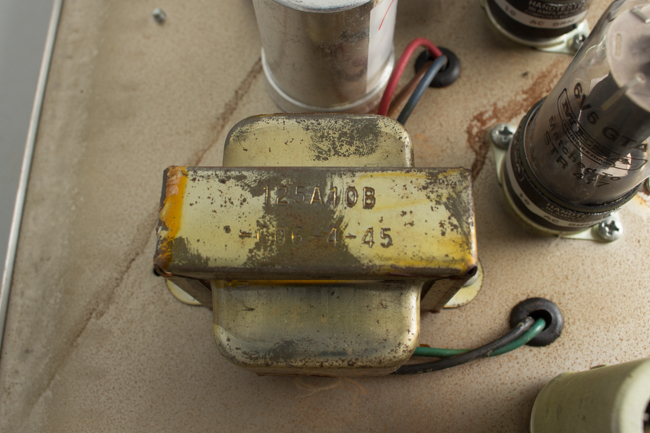 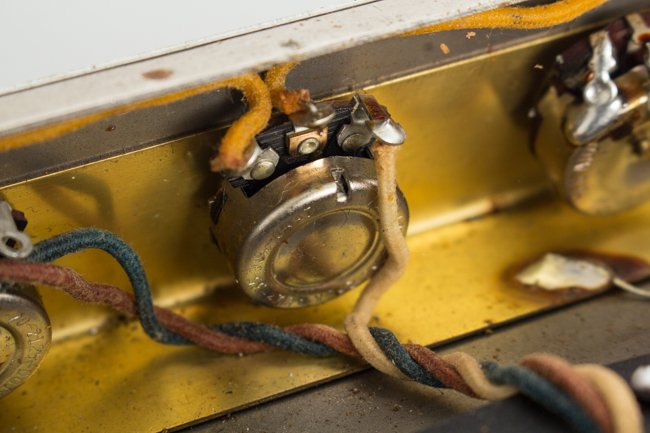 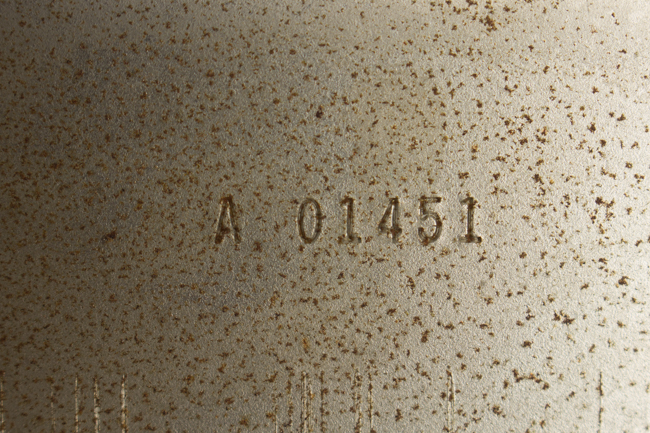 This is a very nice JUST Pre-CBS example of the non-Reverb Princeton, assembled in December 1964 (the tube chart is stamped "NL"). This often overlooked version of the black panel Fender classic sports a somewhat cleaner gain architecture due to the lack of the reverb circuit, thus featuring a great surf-to-crunch sound palette. The perfect amp for smaller club and recording use, the Princeton still one of the best combinations of small size portability and tonal versatility ever made.

Externally it is fairly clean overall, with some scuffing and a few small tears to the Tolex. The faceplate has numerous small dings and dents mostly around the controls. The original knobs are intact but a bit banged up, especially the one for trem speed which has a chip to the edge and is missing the center cap. The grillcloth has no tears or notable damage. There is a "Sam Ash" dealer sticker on the back panel, from back when that was only a local New York chain.

Internally the amplifier is nicely original with the exception of a newer speaker, a 10-inch Weber Ferromax ceramic replacing the original Oxford, most of which have failed by now. Both power and output transformers are original and dated to 1964, reading 606-4-39 and 606-4-45, respectively. The amp has been professionally serviced, including standard replacement of all electrolytic capacitors and leaky coupling caps, the removal of "death" cap as well as the addition of a three-prong, grounded power cord. The amp has been re-biased to spec for its current tube compliment; a pair of Mesa/Boogie tested 6V6GTA (STR 417s) and a JJ GZ34S rectifier tube. It sounds great and is ready to gig, or sit in its studio niche! Excellent - Condition.
×