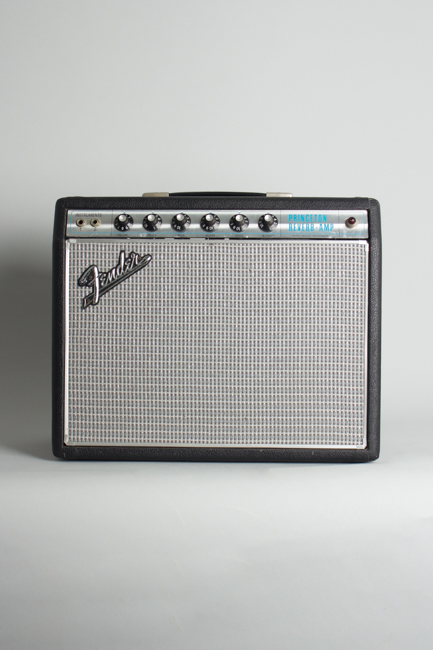 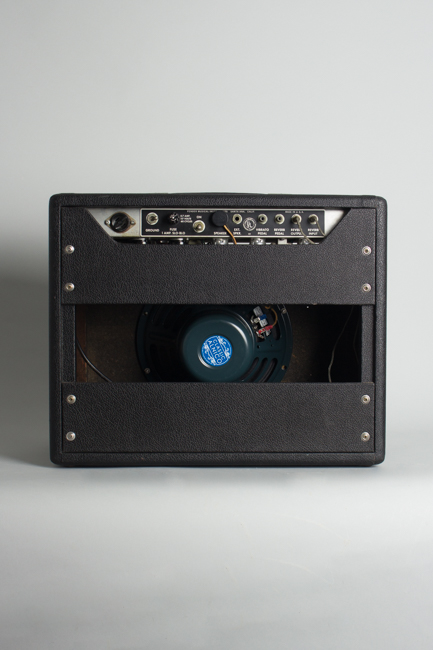 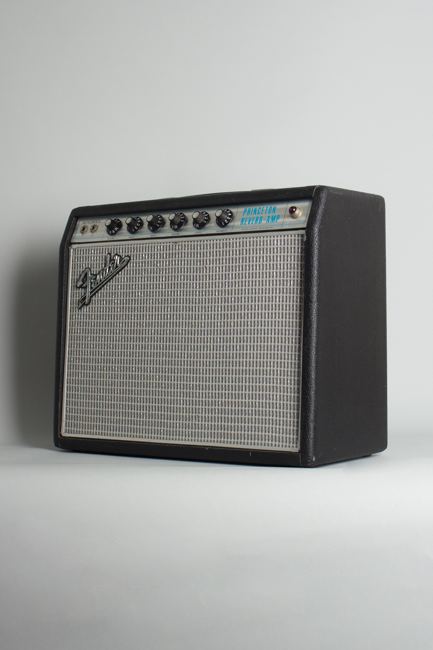 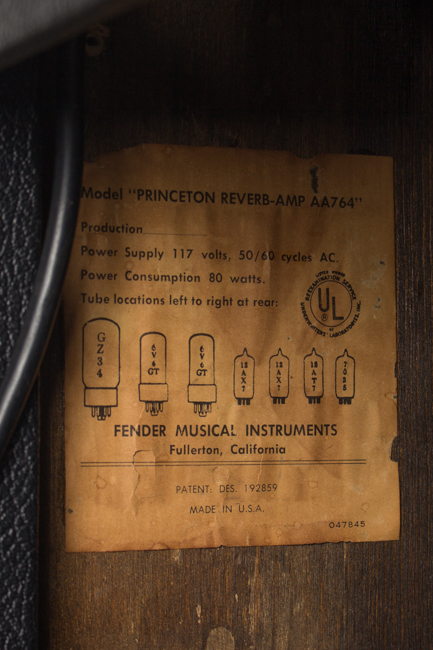 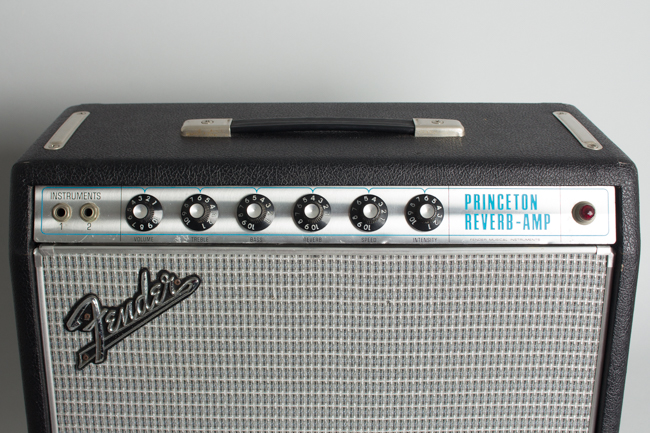 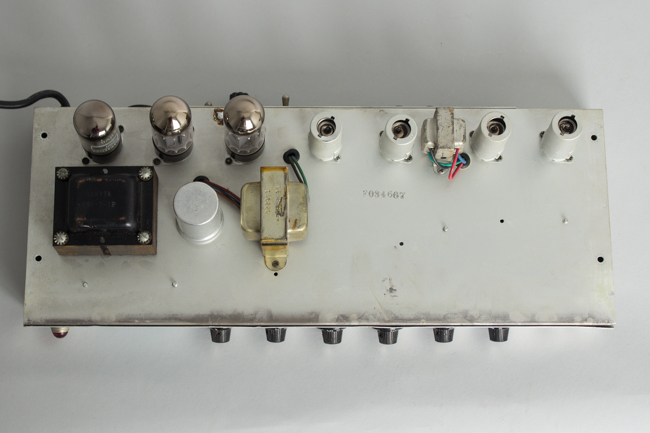 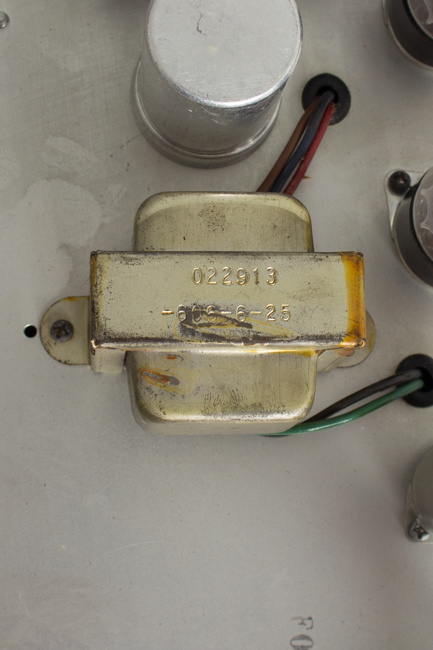 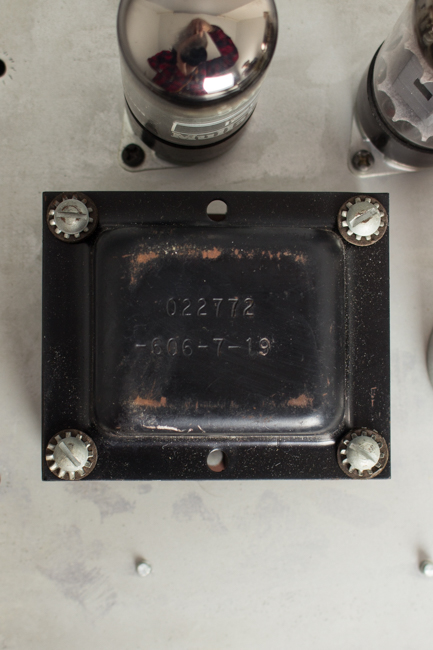 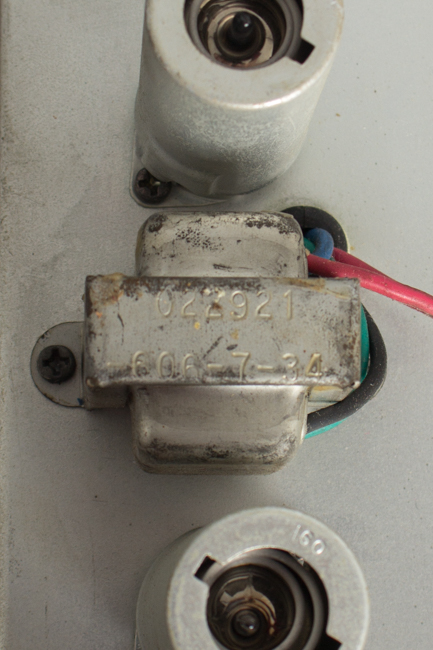 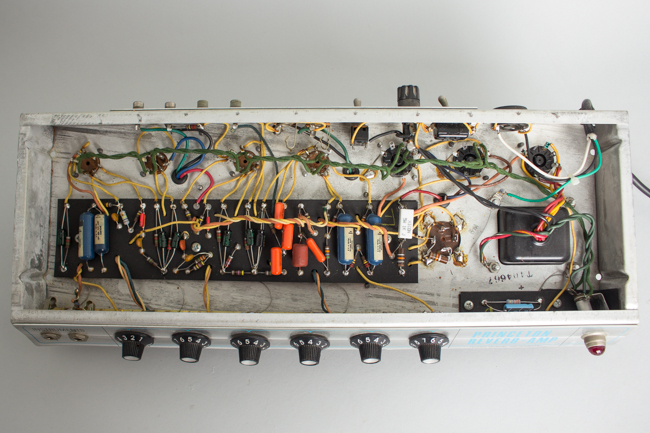 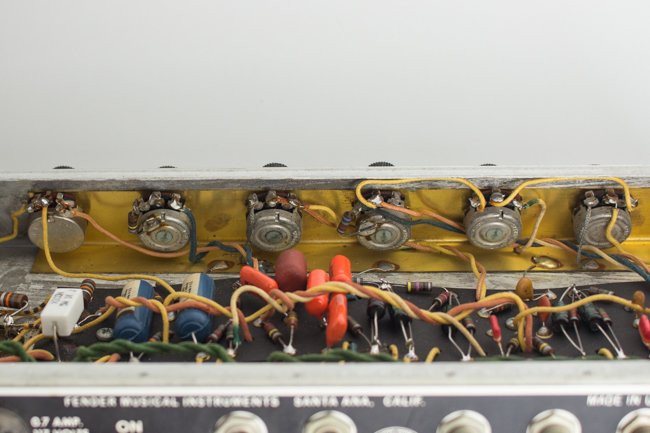 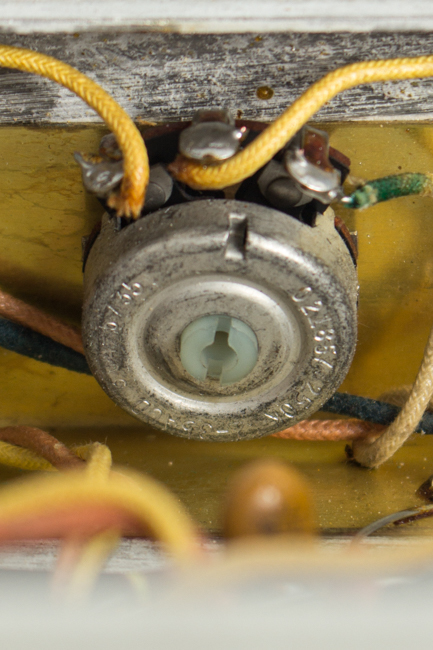 This is a very clean 1968 "drip edge" Fender Princeton Reverb, the cosmetic style that immediately followed the classic "blackface" period as the '60s wound down. After 1967 the tube chart on these amps was no longer stamped with a date code but the internal transformer markings are 606-719 and 606-725, indicating components made in mid-1967. Internally is virtually the same as the earlier Blackface versions, just "dressed up" a bit with the new flashier silver faceplate by the CBS tweak team. The silver bordering around the speaker grille that gives the amp its "drip edge" nickname was discontinued in early 1969, so this version was only in production about a year.

This is a typically great-sounding Fender amp, just emerged from its 50+ year checkup which included cleaning all tube sockets, pots and jacks, re-biasing to spec., and a standard cap job replacing the large can cap and some of the preamp electrolytics. All tubes were tested and the speaker is a new Weber 10A125 ten inch model, the best modern Jensen P10Q repro. Externally the amp is very clean with some typical minor wear, nothing too noticeable. Overall a super example of this "CBS but still the Bes'" of great recording and gigging combos. Excellent Condition.
×