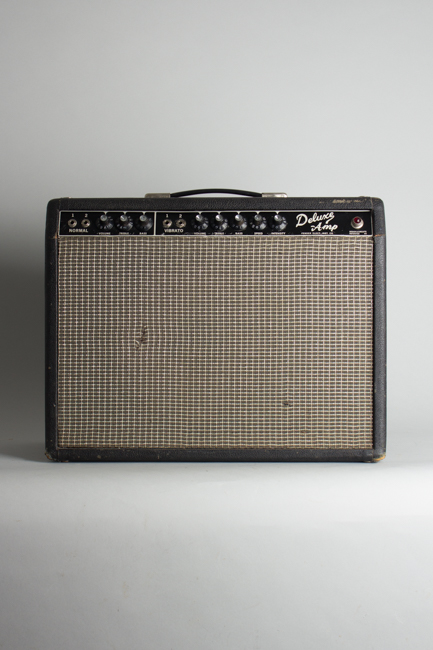 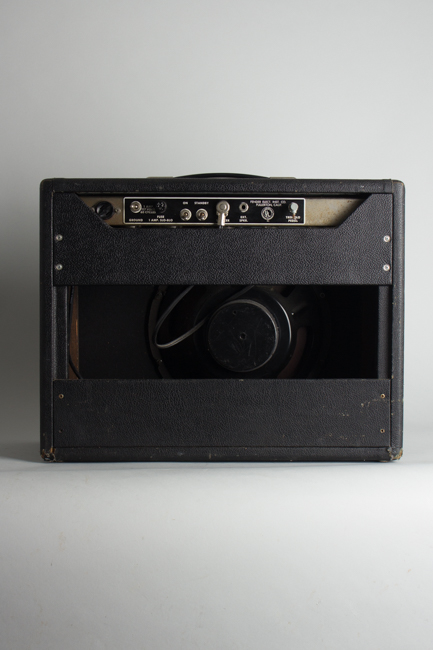 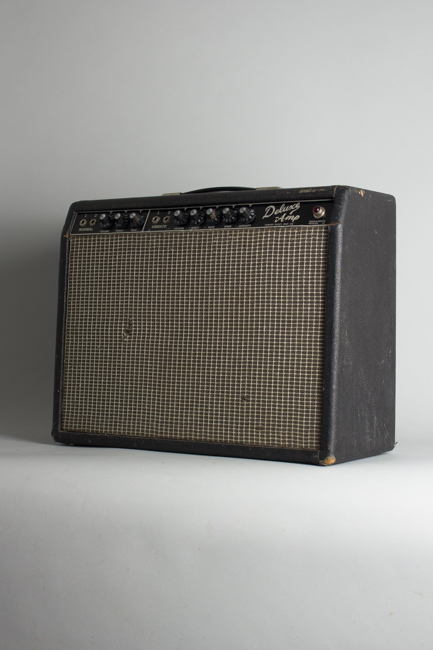 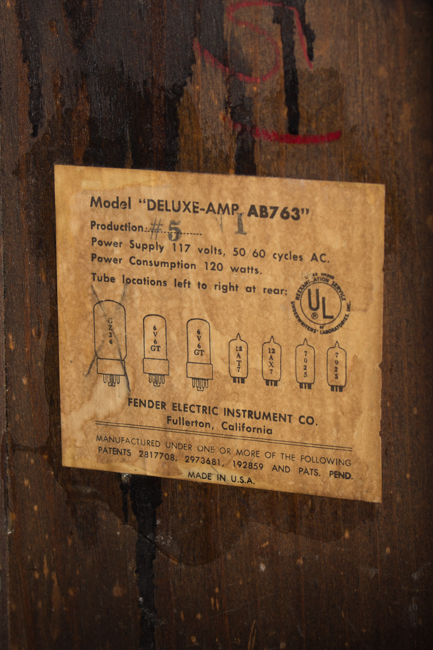 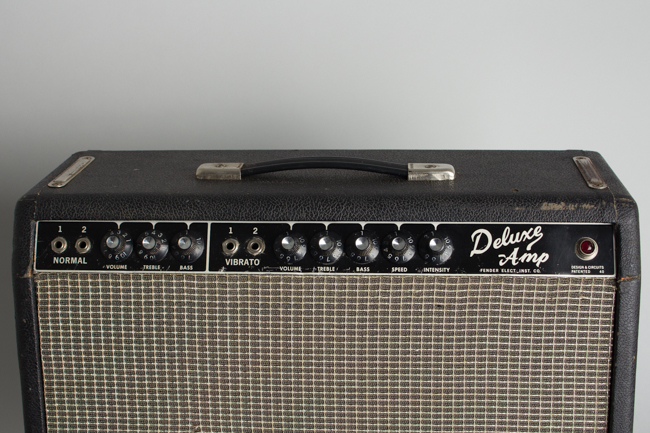 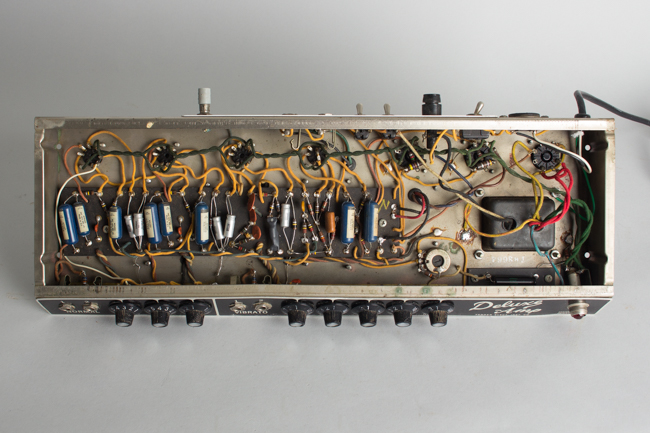 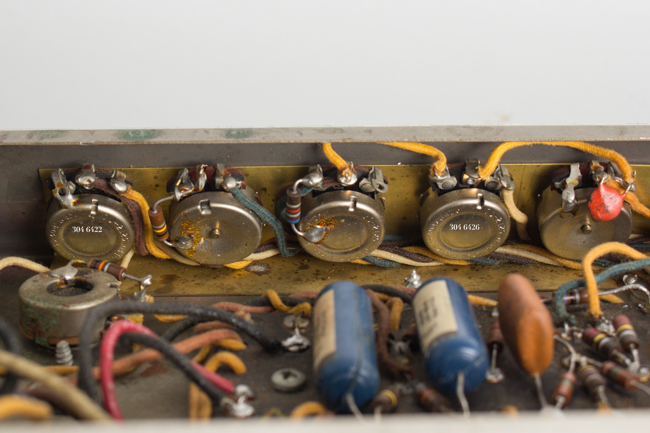 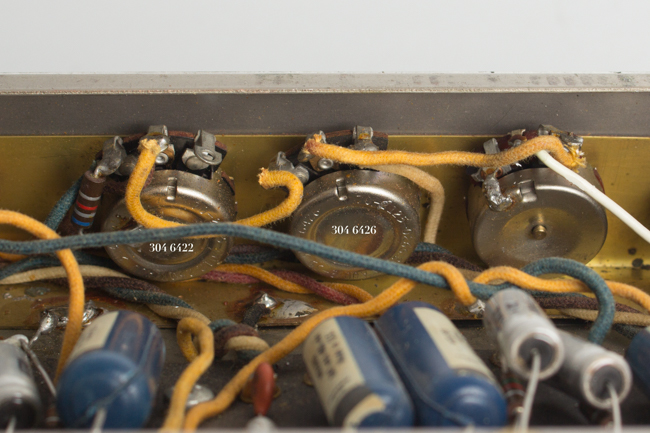 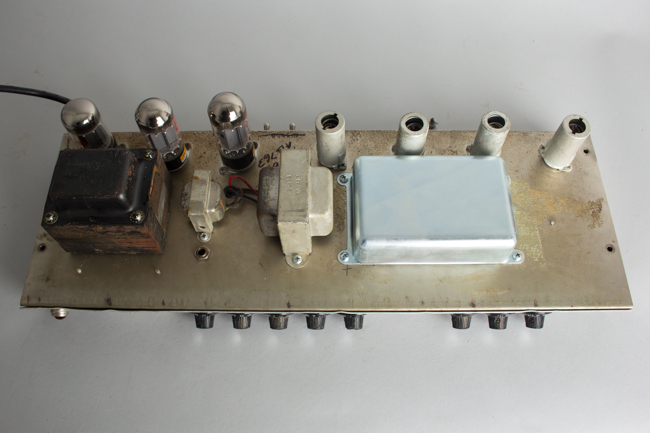 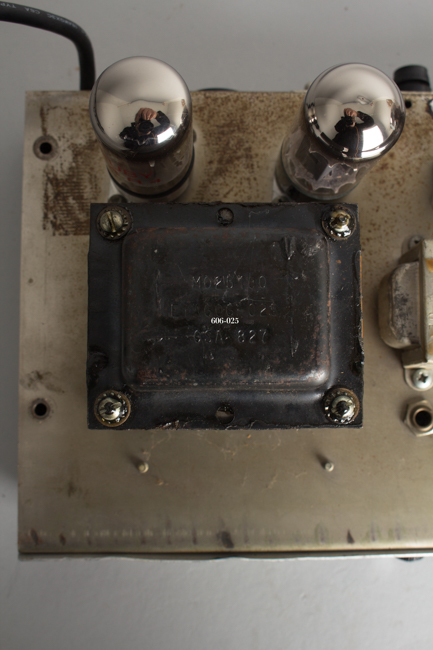 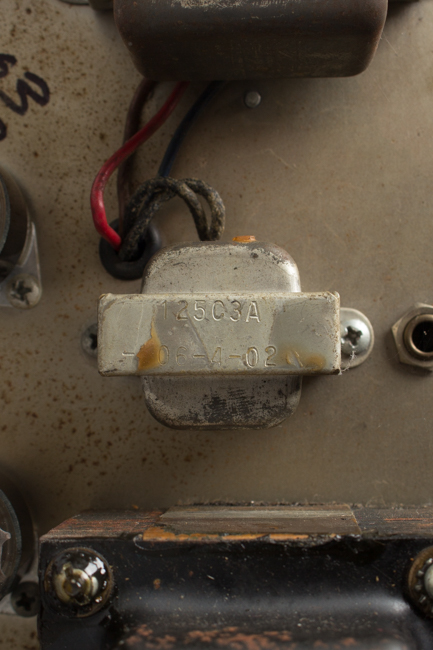 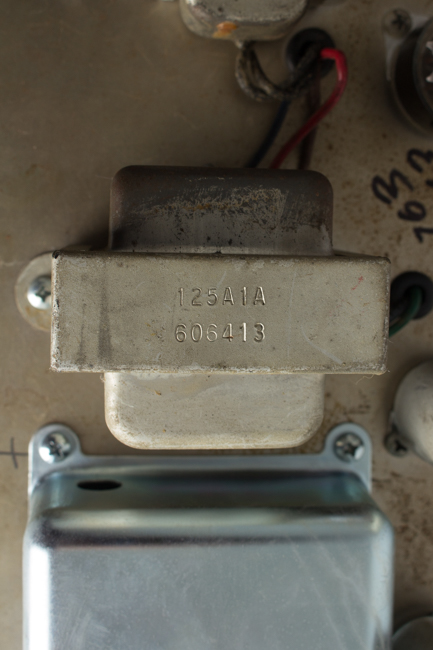 This great-sounding Fender 1964 Deluxe shows some signs of years of gigging but remains a solid amp overall. The faceplate, knobs, and grillcloth show typical wear, with one notable hole in the fabric grill. The Tolex is a bit banged up but mostly intact. The tube chart stamp ("NI") indicates assembly in September 1964. The transformers are original, with manufacturer codes on the Output Transformer of 606-402 (second week of 1964) and Choke: 606-413 (13th week). The Power Transformer is coded 606-025 indicating manufacture in 1960; the mounting and solder joints appear undisturbed, so most likely the part had been in stock at Fender for some time before making it into a finished amp! The pots date to the middle of 1964.

Internally the amp shows typical service and upgrades, including a 3-prong plug added and a later (looks like 1970s vintage) ceramic magnet speaker. It has had a recent Electrolytic recap, the filter caps are older but not original but the original blue Astron signal caps remain intact. The power tubes are recent J&Js. The Lower Filter cap pan is newer. Overall not collector grade but a nice example of a gigging Deluxe...bring your own choice of delay and/or reverb, or just dare to wind it up dry for the most natural sting! Very Good + Condition.
×