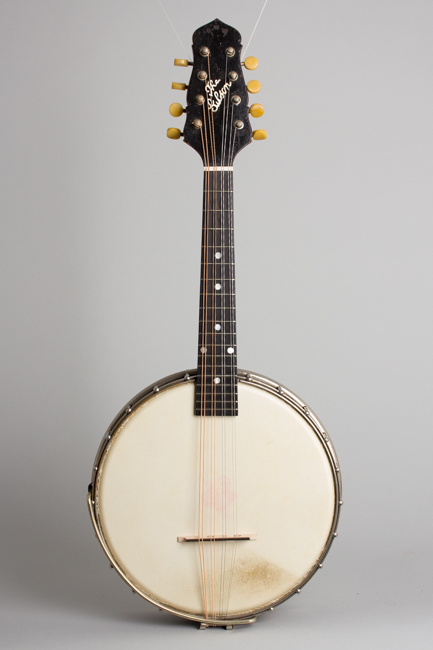 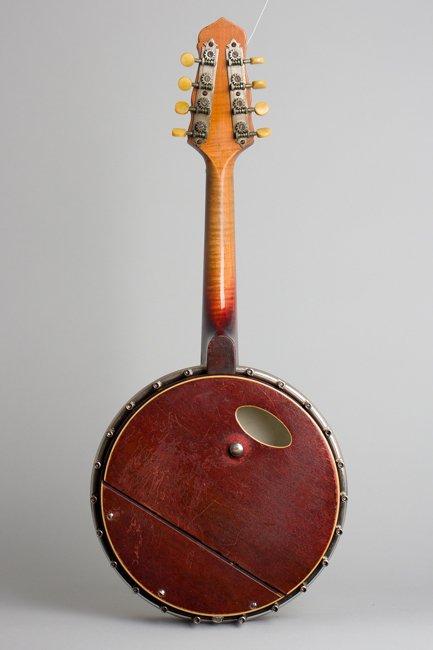 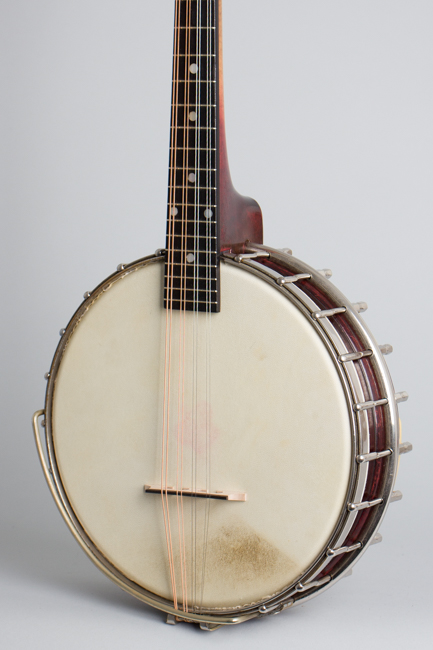 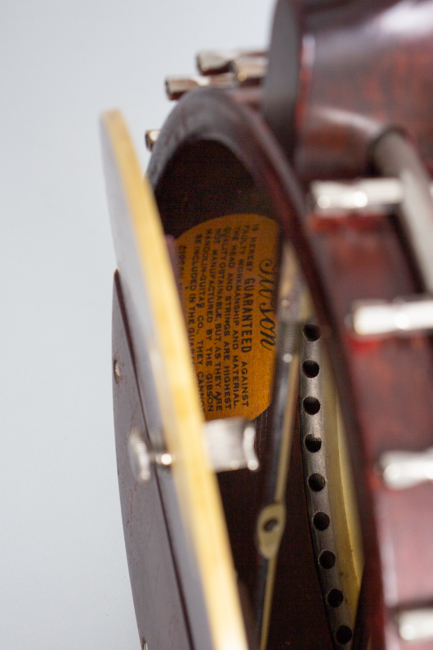 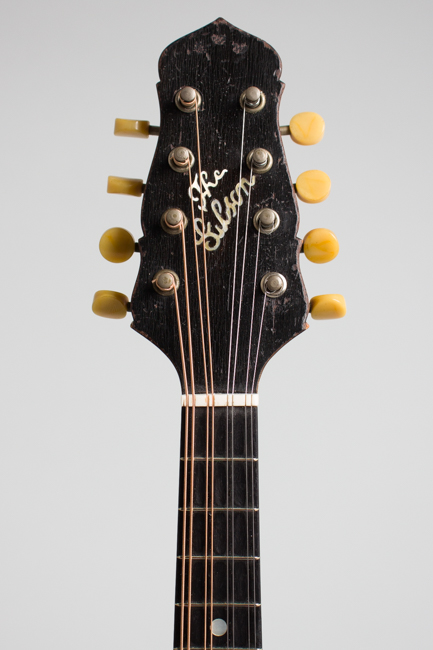 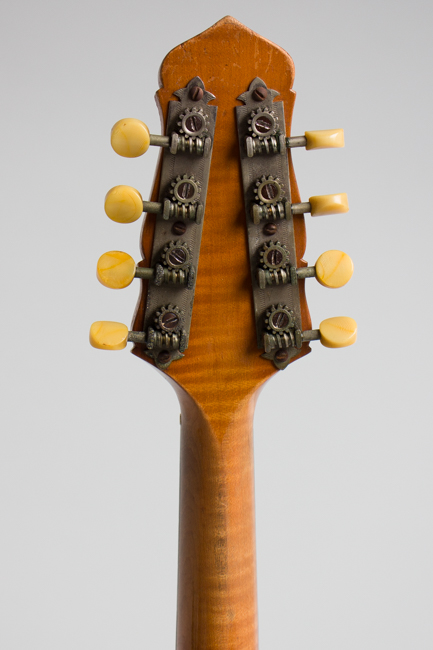 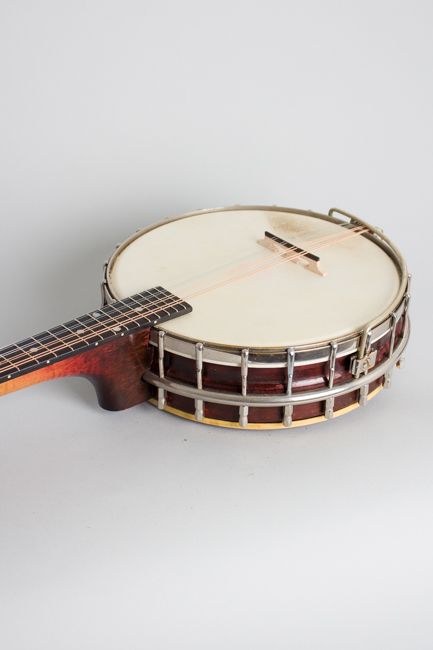 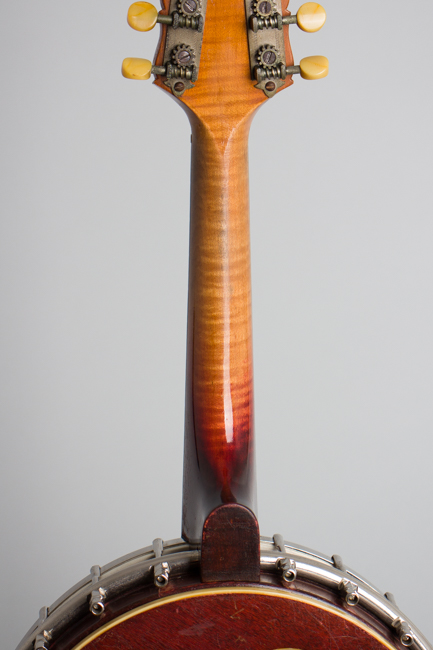 Here's a "Loar" that wont break the bank-a 1923 early Gibson Mastertone-era MB-3 mandolin banjo. The "trapdoor" banjos from this period are lovely instruments, though not a design Gibson would eventually be celebrated for. They have the feel of having been designed by and for the mandolin orchestra world rather than the "jass band" -- as indeed they were. While never particularly popular among either banjo or mandolin players, they are beautifully built instruments with an attractive nouveau aesthetic all their own.

The MB-3 was a mid-line mandolin-banjo, fairly plain in appearance but offering what Gibson specified as professional features. These include Lloyd Loar's "ball bearing" hollow tone ring, the "trapdoor" resonator and the new double coordinator rods to adjust neck angle. The hook/nut bearing tube used on this banjo would become half of the "tube and plate" flange system when the "plate" flange was added in 1925. This late banjo is one of the earliest to feature Gibson's revolutionary double co-coordinator rod, mounted in place of the traditional wooden dowel and marked "Patent Applied for". The "snakehead" headstock has an unusual and attractive fluted profile Gibson used fairly briefly around this time. The maple neck has some nice flame figure and a sunbursted heel.

The solid rim the smaller 9" size; 10' models were offered as well. The earliest "Mastertone" tone ring rests on top of ball bearings sunk into the rim, but without the springs that would soon be added. It features the unique "trap door" resonator system, a hinged plate on the back that can be opened or closed, increasing the "Banjo piquancy' in Gibson's language! It also has the optional original wire armrest. With a its small 9" rim this is a handy little player, particularly suitable for jug band styles or early blues styles and a neat double for the mandolinist-just as Gibson intended.

Overall this is a nice example, showing some wear but playing well and sounding as it should. The finish has some general wear, most heavily on the back of the resonator and headstock face. All the hardware is original, the tailpiece is missing the cover but otherwise it appears complete. The trap door is working but has an added hinge internally and the clip that locks it open is missing. There is some corrosion to the tuner plates, the rest of the plating is not too heavily worn. The original frets are in good shape, the nut has been replaced, the original tuners are intact and work well. Just approaching 100 years old this is a raucous little instrument and probably not Lloyd Loar's proudest achievement, but part of his legacy nonetheless. If you own this you can tell your mandolinist friends you have a '"'Genuine 23 Loar" and it will be true! Very Good + Condition.
×