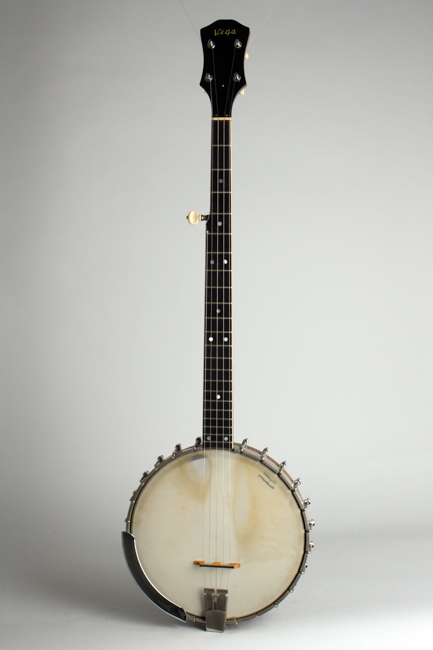 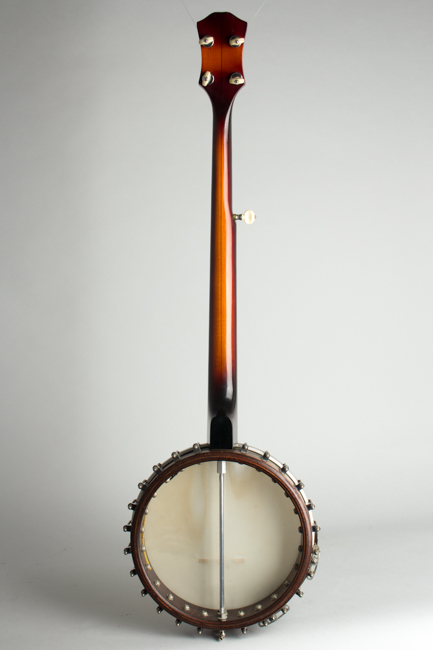 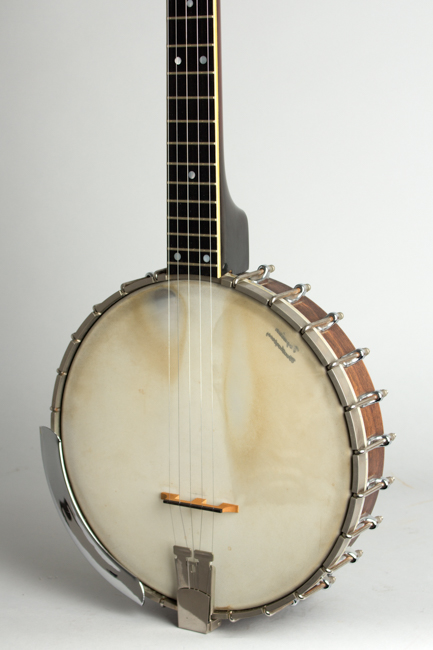 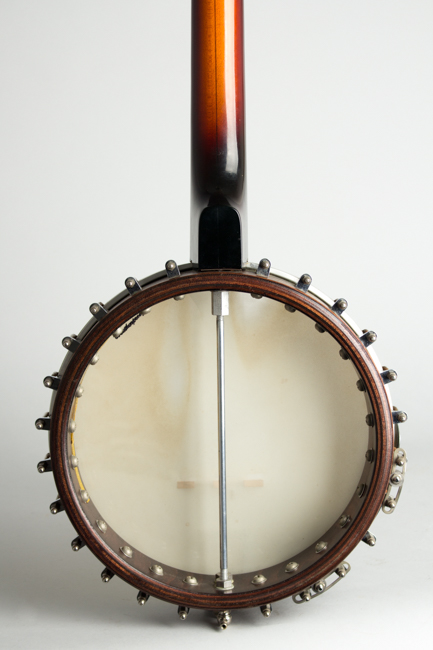 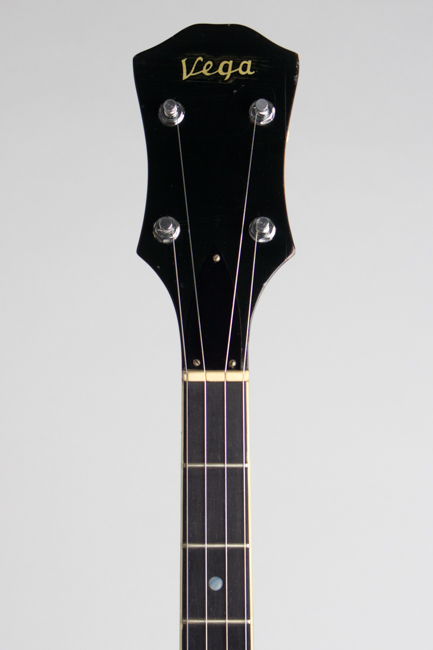 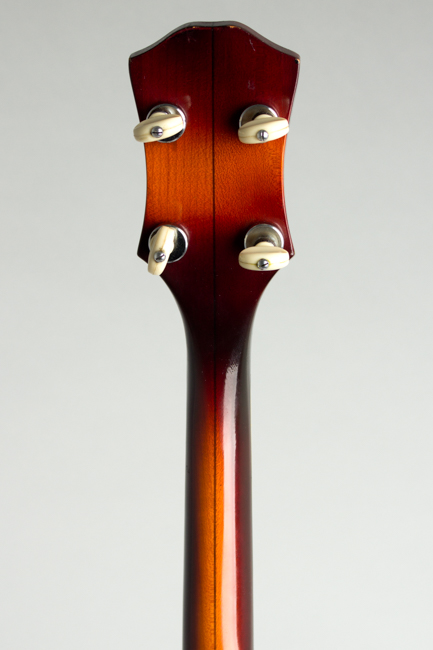 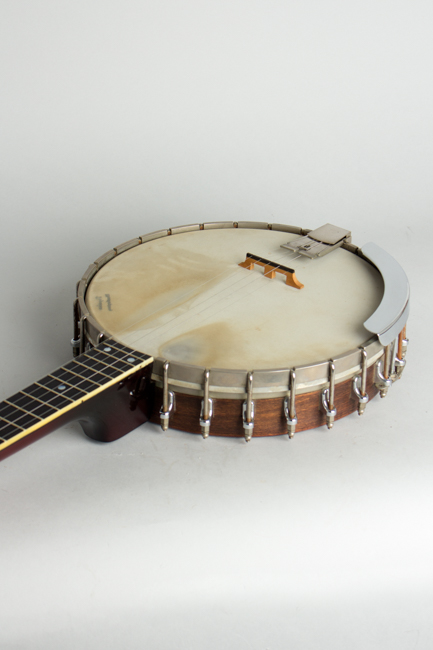 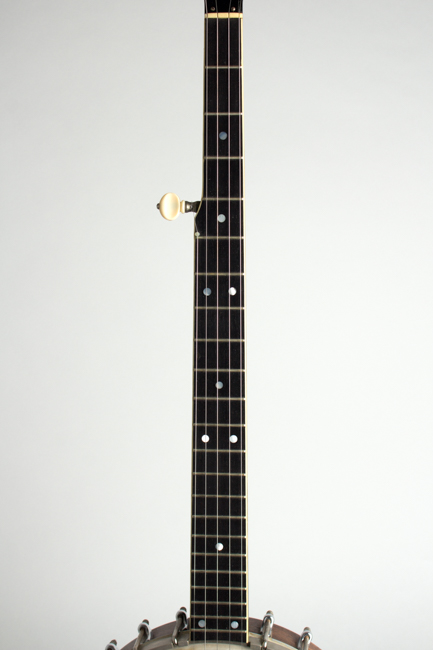 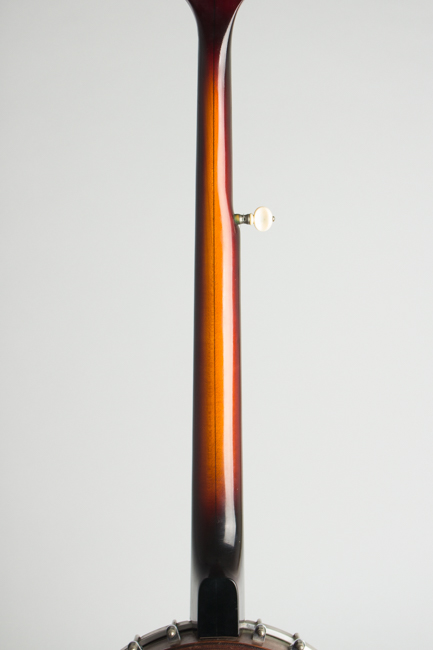 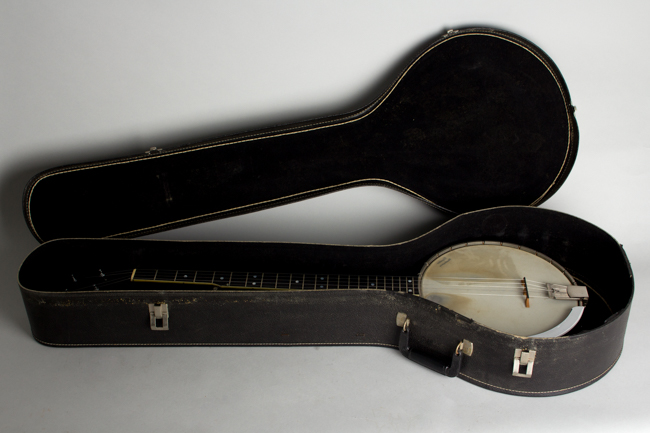 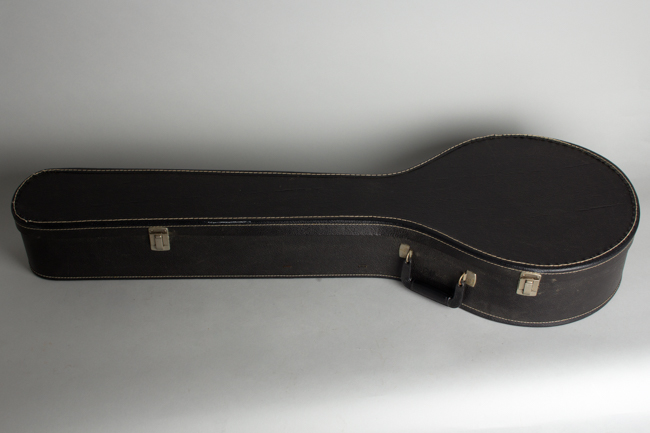 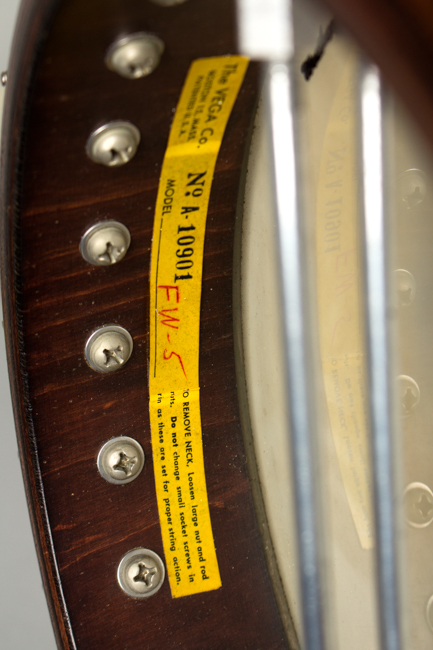 This is a nicely original early 1960s "Folk Era" Vega Folk Wonder banjo, a plain looking but great-sounding openback 5-string "folk" banjo. This model was the simplest Vega design of the period but still built in their old Boston factory to a very high standard with their typically excellent workmanship. Vega and Martin built the most desired instruments during the "great folk scare" as some remember it, and in the early '60s had long dealer waiting lists for their more popular instruments.

This basic but effective Vega mounts the plain brass "Little Wonder" tone ring on a laminated maple rim with standard hardware. The sunburst finished neck has a bound, dot inlaid fingerboard and geared Grover tuners. The banjo is equipped with the "modern" features Vega adopted in the early 1960s including an adjustable truss rod in the neck and dual coordinator rods in the rim, allowing very easy set up compared to the old style dowel stick.

Vega experienced a relatively short-lived boom during the early 1960s; influenced by Pete Seeger and the Kingston Trio any self-respecting Folk group needed at least one of their banjos in the lineup! When the Beatles came in 1964 the banjo was suddenly out of favor again, and when it came back it was the Gibson Mastertone Bluegrass style that ruled the roost. The Vega company was sold to Martin in 1970 and then sold again, and the venerable Boston firm passed into history. This banjo is a high quality if fairly plain instrument, well suited to folk, old time and frailing styles. Even with its "up to date' 1960's hardware additions it is still part of the great American Vega tradition.

This banjo shows some signs of use but remains in excellent all-original and unaltered condition. It is complete with no repairs or alterations down to the original bridge and "Vega Weatherproof" plastic head which shows some surface wear from playing but is still solidly intact and sounds great. The nickel plating has some general tarnish but the wood finish has only very minor wear. This is a very nice playing and sounding banjo, an excellent frailer and of course a classic "folk" banjo, whatever that signifies in the 21st century. It is complete with the original chipboard SSC, which is actually a bit oversize as it also fits a resonator instrument. Excellent - Condition.
×