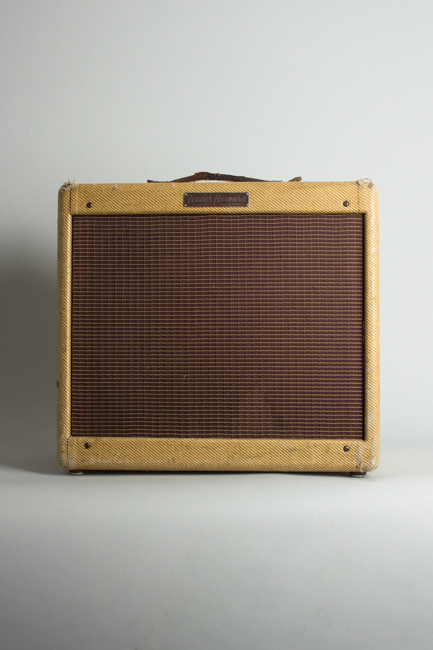 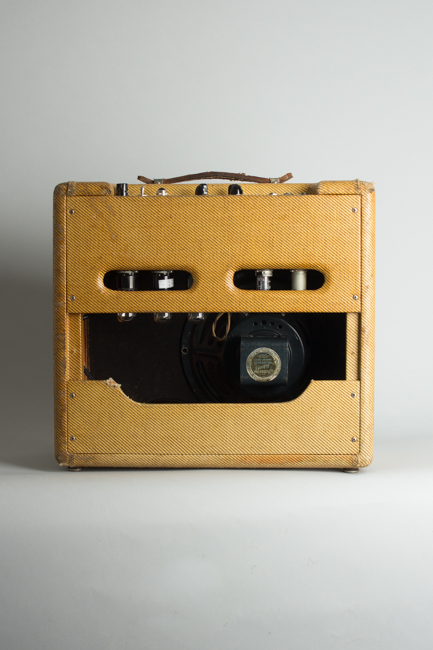 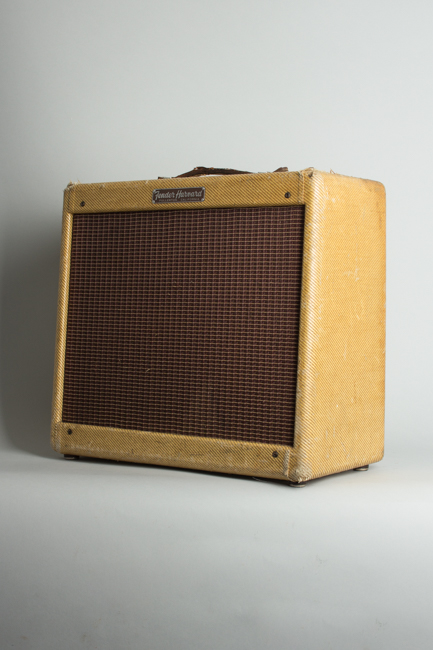 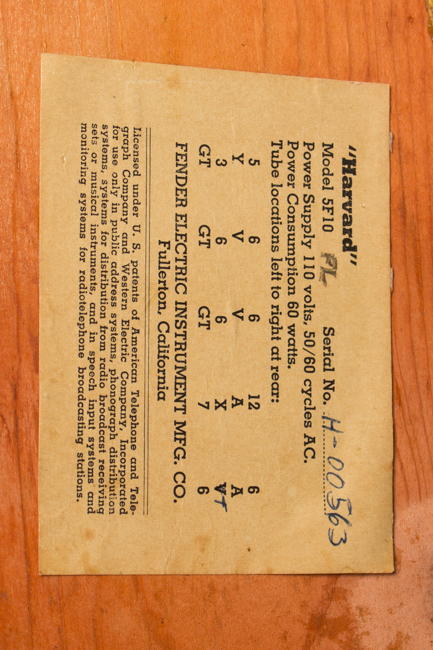 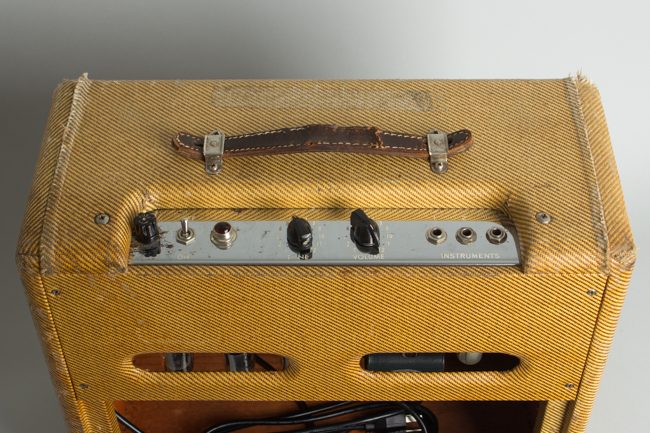 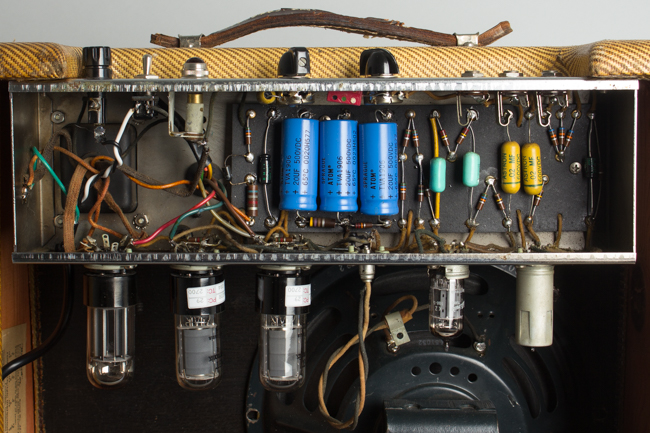 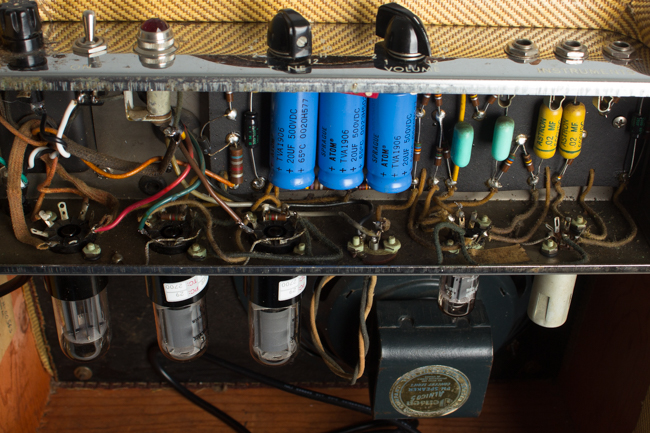 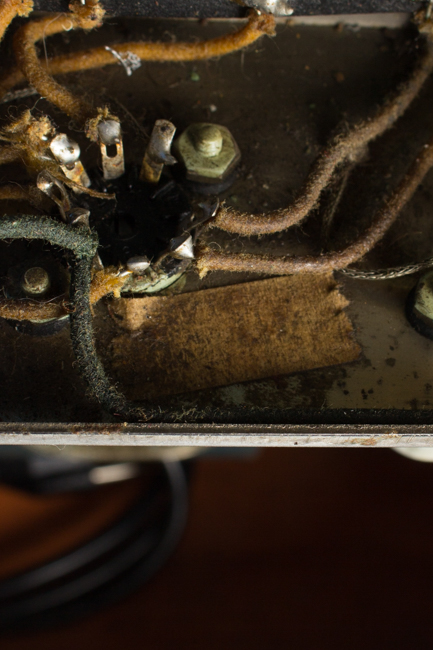 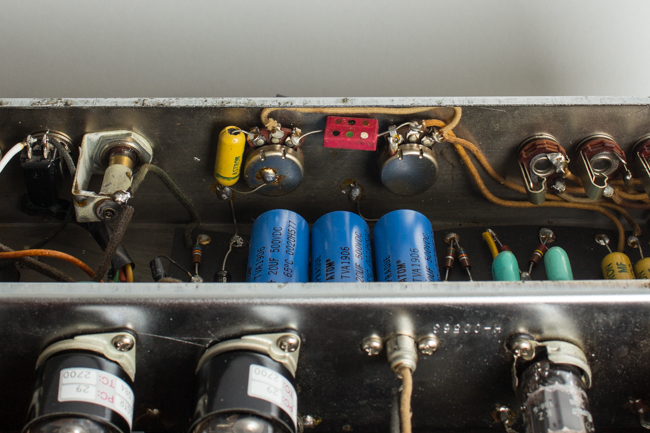 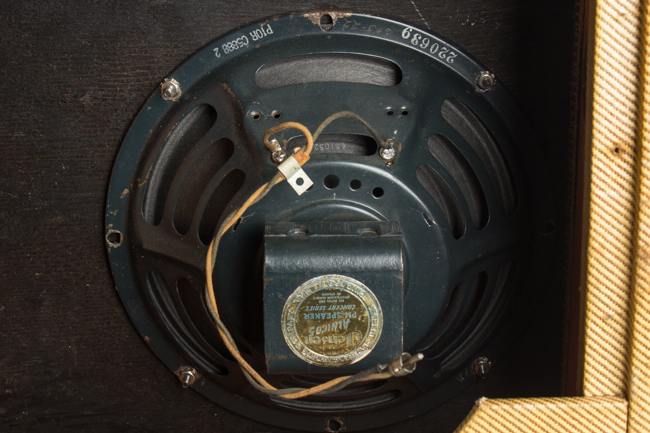 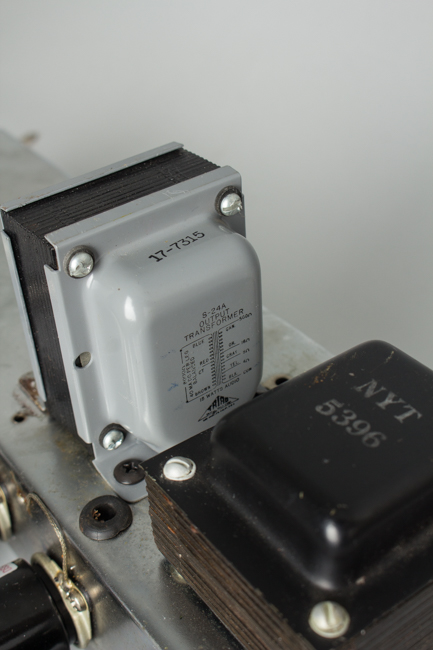 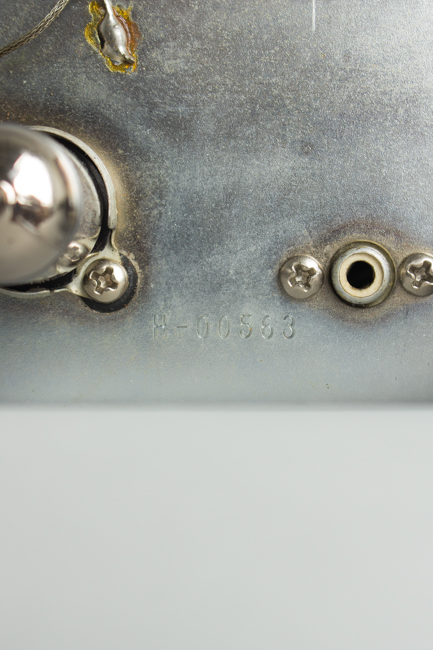 This tweed beauty is a generally well-preserved Fender Harvard 5F10 -- the Princeton's Collegiate big brother. This is a fine player's example of the big-sounding 10-watt "Steve Cropper Classic". It looks like it has seen some use, but no major abuse. The tube chart has a stamped code of FL, indicating assembly in December of 1956. Maybe some lucky kid got it for Christmas! This amp was likely wired up by Lily who seems to have been queen of the Harvards -- her masking tape signature is present inside many of these! The piece of tape inside is hard to read, but it looks like her mark.

The Harvard uses two 6V6 tubes in push/pull, with a 12AX7 phase inverter and a 6AT6 input tube. With its fixed bias circuit, only shared at the time by its nearly identical sibling, the Tweed Vibrolux, it has more clean headroom than most Tweed Deluxes and a roaring and distinctive breakup. This amp has had typical service including bias to spec, a 3-prong cord added, and cap job done. The only major change is a replacement output transformer: a Triad S-24A dated to 15th week of 1973. This is perfectly matched to Harvard spec and a great hi-fi output transformer. That component seems to be a weaker point of this design and we have seen a number of this model with it replaced; this is as nice a second generation part as one could ask for!

The power tubes are newer, but the preamp and rectifier are older pieces in good order. The original Jensen P10R speaker dated the 39th week of 1956 is still intact. Externally the tweed has some light typical wear and a tape mark on the top front of cabinet, probably from use in a recording studio. The chrome control plate has some corrosion, mostly centered near the fuse assembly. The original leather handle is still functional, though we would recommend replacing it if the amp is to be carried a lot! The Harvard remains one of Leo Fender's less well-known gems and a shop favorite; this one is not perfect, but nonetheless a very fine-sounding example of this fairly rare and sought-after amp. Overall Excellent - Condition.
×