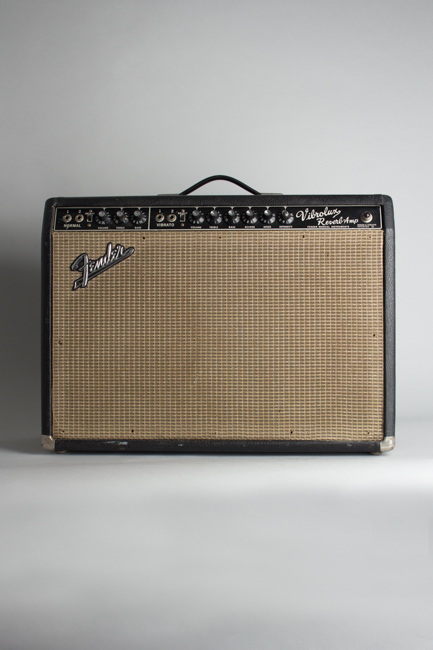 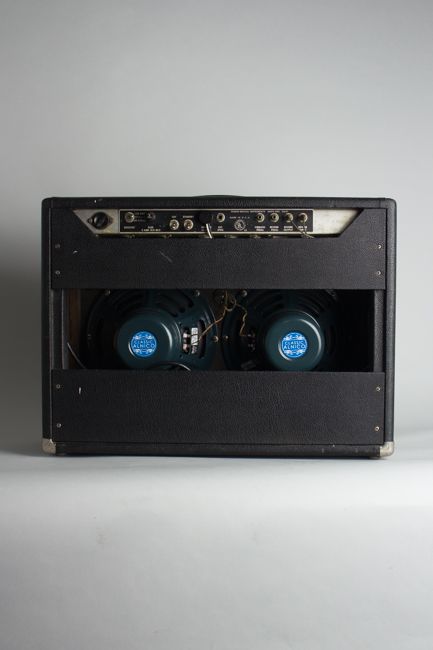 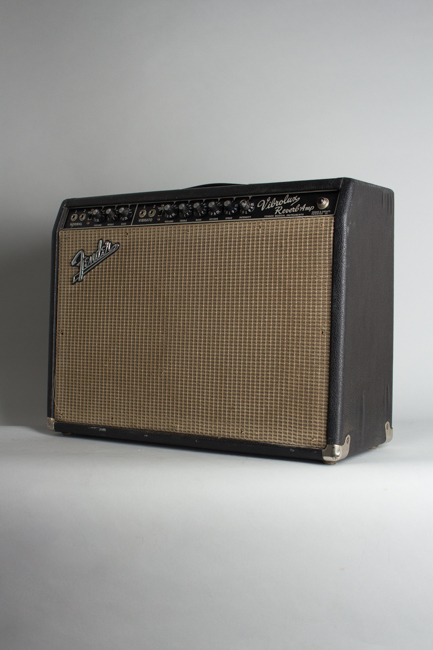 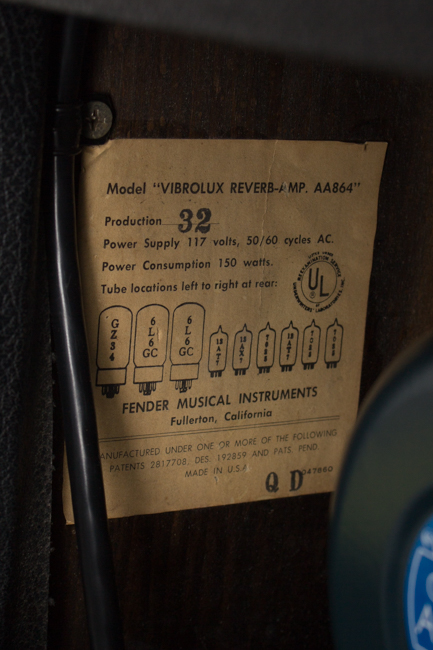 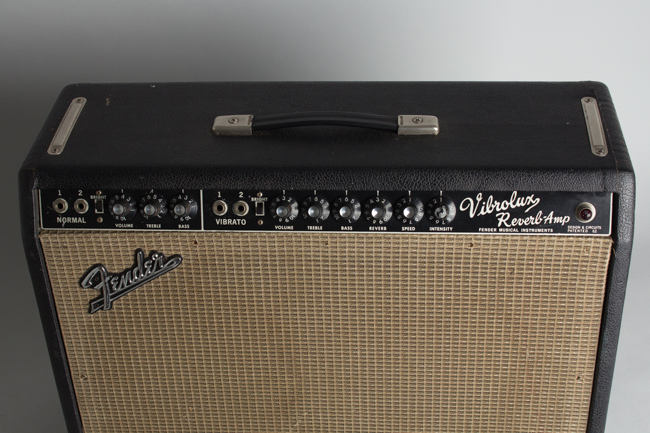 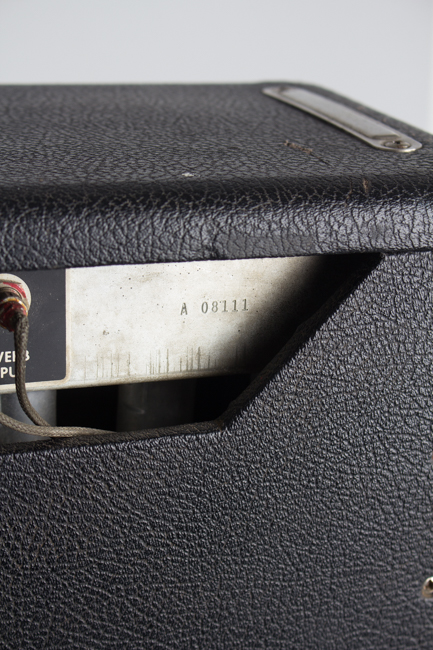 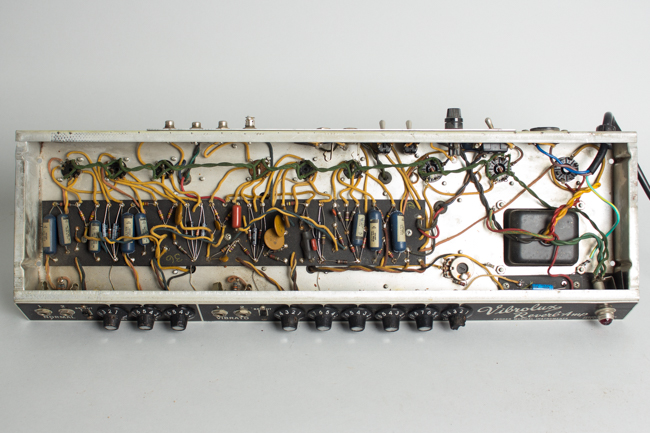 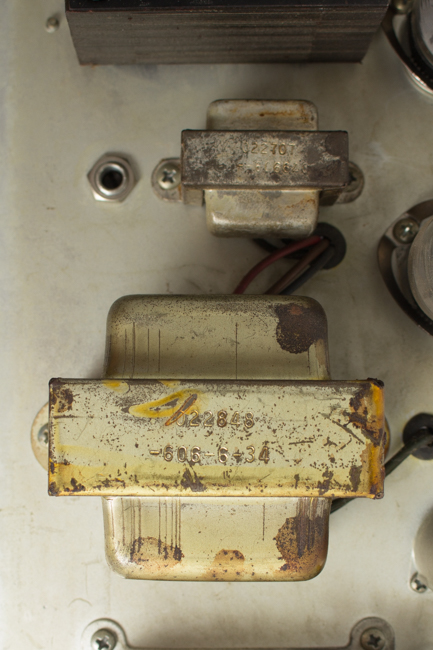 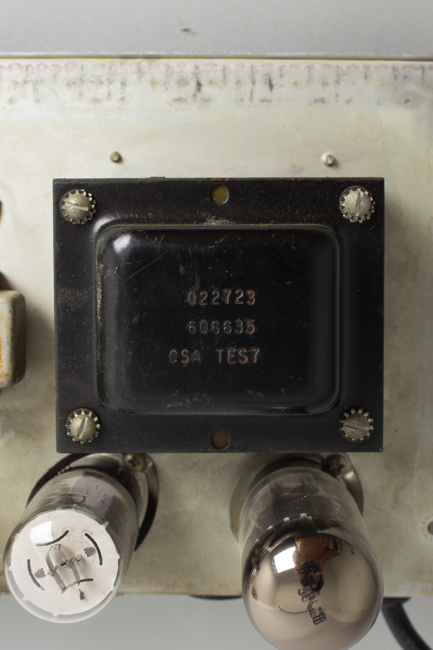 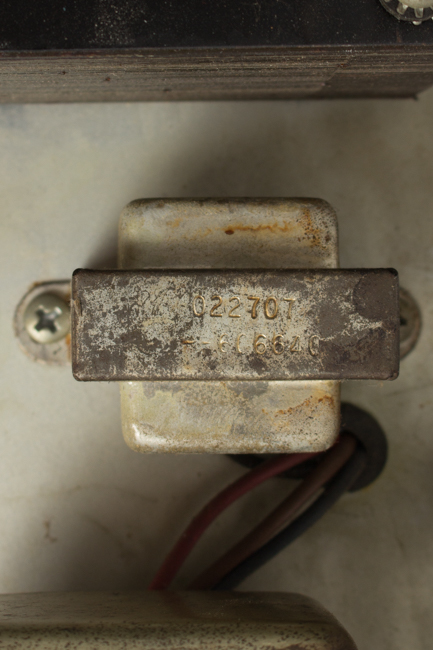 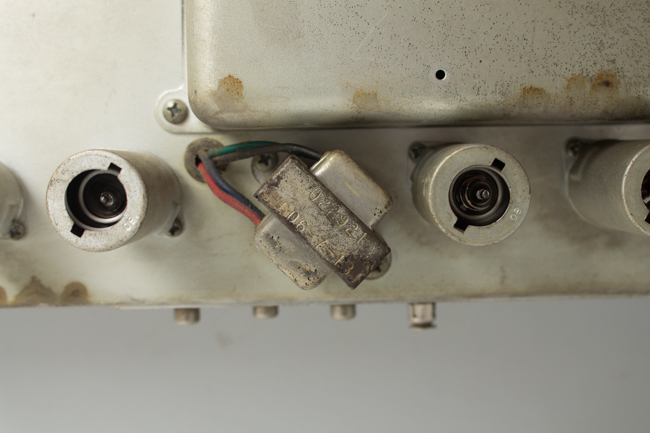 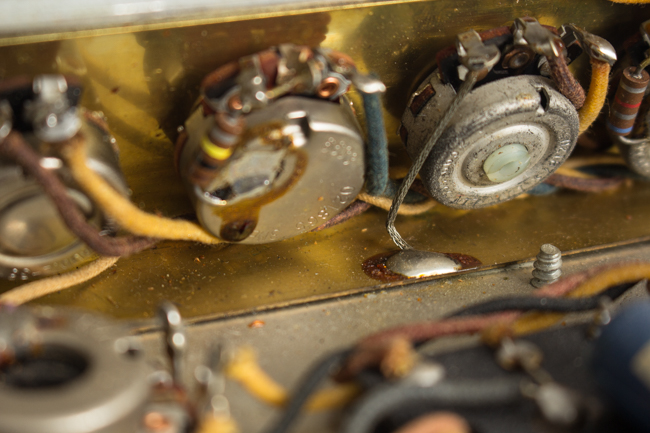 This is a fine example of an CBS-era blackface Vibrolux Reverb, still retaining the same pre-CBS AA864 circuit used from 1964 to mid-'67. The tube chart marking is QD, indicating the unit was assembled in April 1967. Being the smallest member of the 6L6 driven black-panel family, its sweet breakup and tonal character comes partly from the smaller speakers, power and output transformers than found in its larger siblings the Super Reverb, Vibroverb and the Pro Reverb. With two 10" speakers and dual 6L6 power section putting out about 35 watts, the Vibrolux Reverb is one of the best sounding and most versatile amps in that all-time classic line. 50+ years later The Vibrolux remains one of Fender's best period designs and an excellent choice for both gigging or recording purposes.

This is a fairly clean amp, showing mostly just some light wear overall. The original speakers have been replaced with a matched set of Weber 10A125's, Ted Weber's take on the Jensen P10Q. These vintage-style speakers are considered by many to be superior to the fairly low-budget Oxfords that would have come with the amp originally, and offer more reliable operation while still overdriving nicely.

The baffle has additional screw holes around the rim visible from the front, presumably from an attempt to further secure it to the box at some point. This is fairly inconspicuous except on close inspection. The original plastic "Intensity" knob is partially shattered on one edge. Other than the speaker replacement the amp remains largely unaltered, with all original transformers dating to late 1966/early-'67 (power transformer: 606-6-35, output transformer: 606-6-34, choke: 606-6-40, reverb transformer: 606-7-13).

The amp has been fully serviced with a 3-prong cord installed, all jacks, pots and switches cleaned and all electrolytic caps replaced, including the line-to-ground "death cap". The coveted Blue Astron signal caps are wonderfully intact and sound great. This is a lovely example overall, set up with a bit more speaker punch than it might have had in 1967 but a glorious vintage tone machine from then last year of this eternally revered black panel line. Excellent - Condition.
×