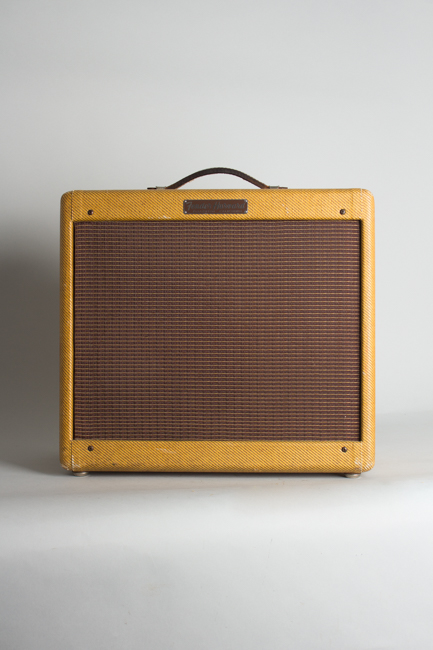 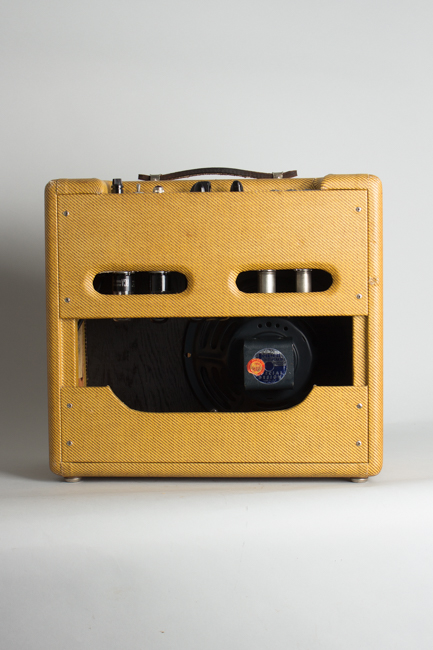 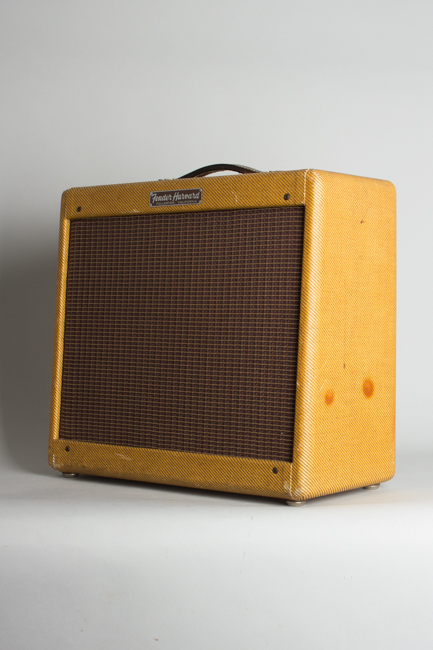 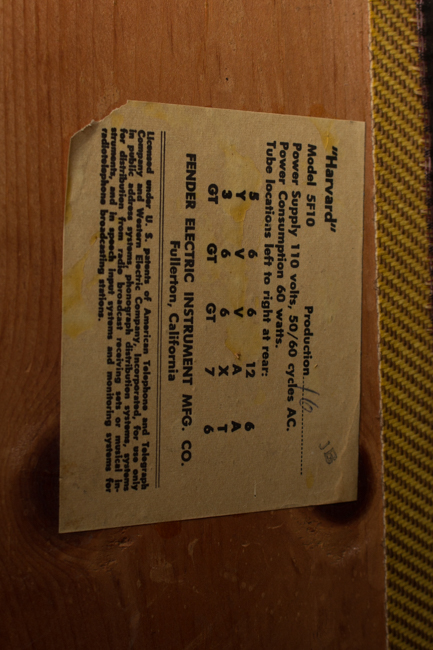 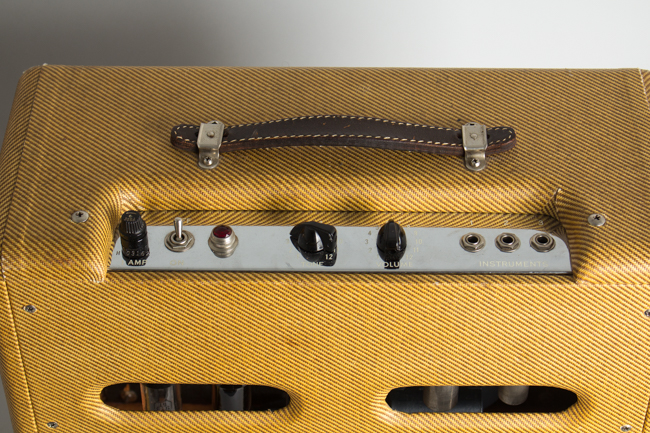 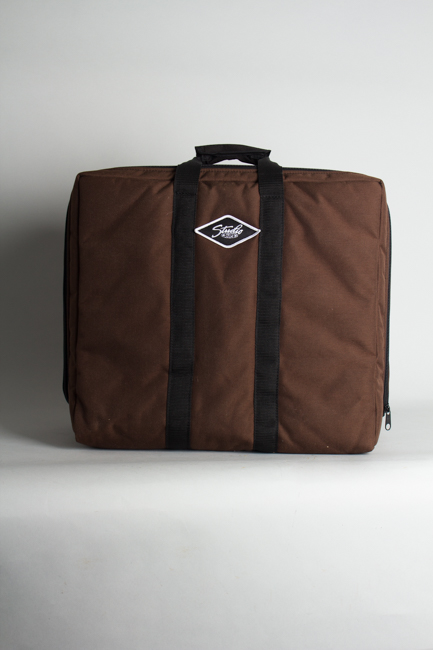 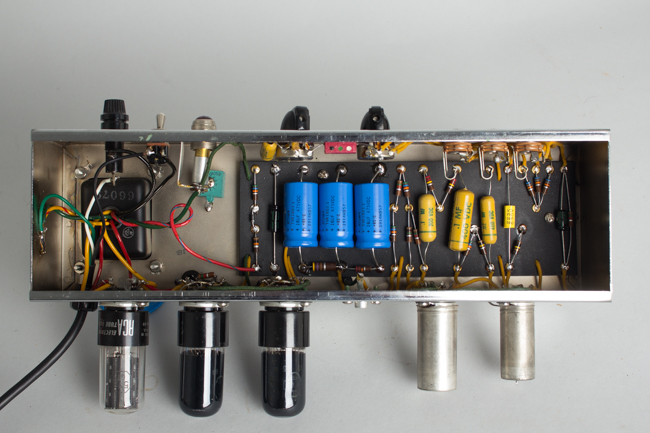 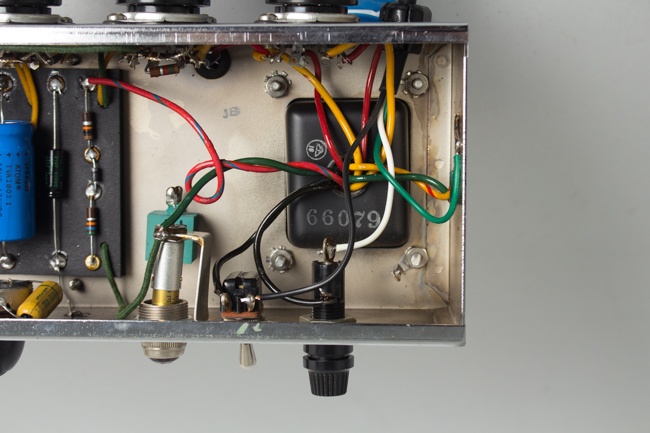 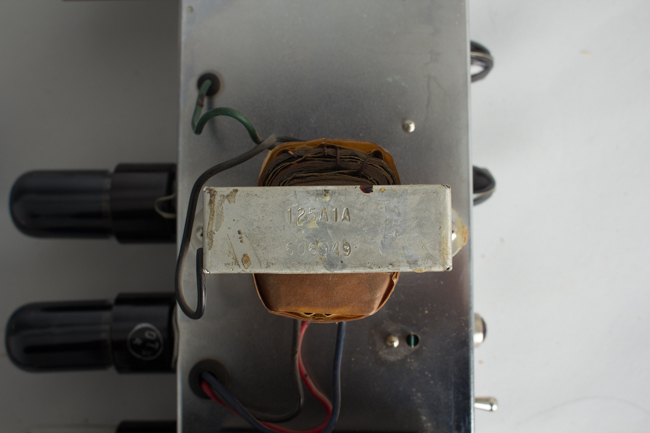 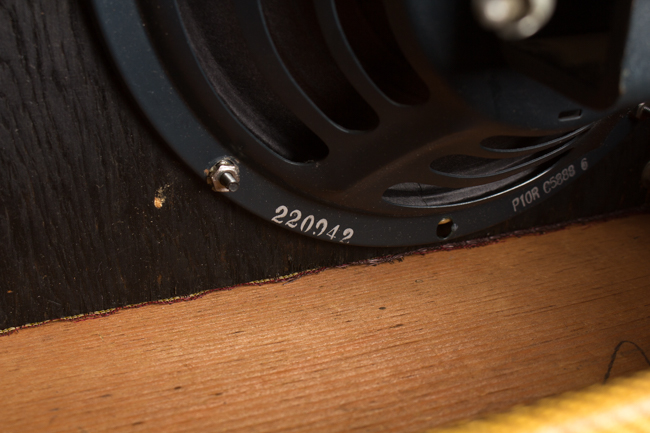 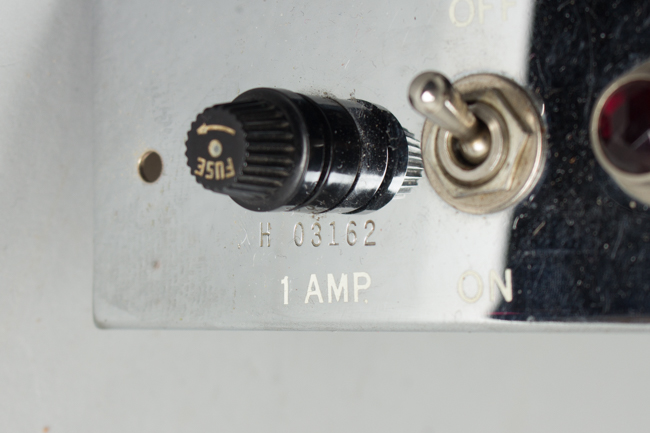 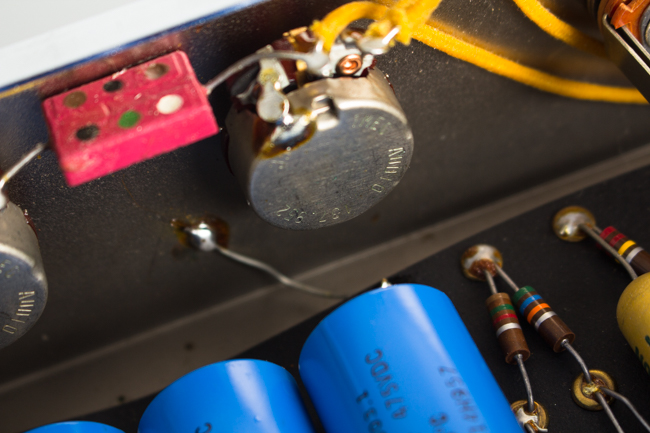 This stunning tweed beauty is a superbly well-preserved, late example of the Fender Harvard 5F10 - the Princeton's Collegiate big brother. This is a simply a fantastic example of the big-sounding 10-watt "Steve Cropper Classic", one of the secret weapons in the Fender arsenal. It looks to have seen some light use over the last 60 years but remains in far better condition than most.

The tube chart has a stamped code of JB, indicating assembly in February of 1960 as the "tweed era" at Fender was coming to an end. The Harvard was discontinued by early 1961, usurped in fender's line by the newly upgraded brown Tolex Princeton. This amp uses two 6V6 tubes in push/pull, with a 12AX7 phase inverter and a 6AT6 input tube. With its fixed bias circuit, only shared at the time by its nearly identical sibling, the Tweed Vibrolux, it has more clean headroom than most Tweed Deluxes and a roaring and distinctive breakup. The 10" speaker in these later models gives the amp a bit more depth as well.

This amp has been left as original as possible consistent with reliable operation and of course killer sound. It has had typical maintenance service including bias to spec, replacement of the old selenium rectifier, a 3-prong grounded cord added and standard cap job. The transformers are all original, power is a Triad marked 66079, output stamped 606 949. the pots date to the last week of 1959, stamped 137 952. The original Jensen P10R speaker dated to the 42nd week of 1959 is still intact. The power tubes are newer but the preamp and rectifier are vintage pieces in good order.

Externally the tweed shows just some very light typical wear. There are a couple of "knothole stains" on the sides and one small dent on the right rear of the cabinet. The chrome control plate is super clean with very crisp graphics. The original leather handle is intact and functional, though we might recommend replacing it if the amp is to be carried a lot! This is absolutely one of the nicer Harvards we have had, and we get as many as we can!

The Harvard remains one of Leo Fender's less well-known gems and a shop favorite here, this one is not completely original but about as close as most working ones will come 60 years on. This very fine example of this fairly rare and sought-after amp comes with a very nice custom fitted clamshell cover made by Studio Slips, owned by the wife of legendary Mesa/Boogie chief amp tech Mike Bendinelli. Excellent Condition.
×