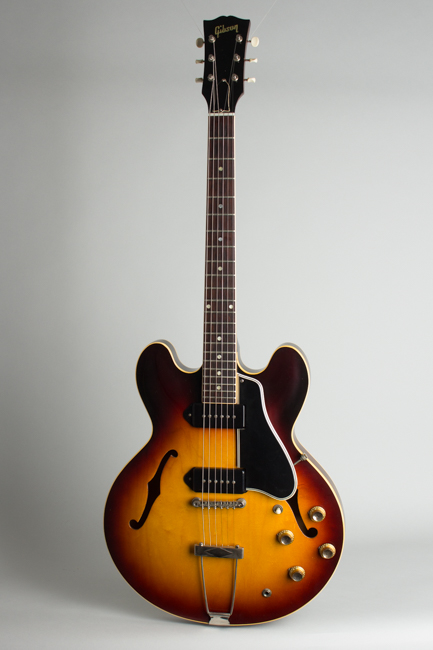 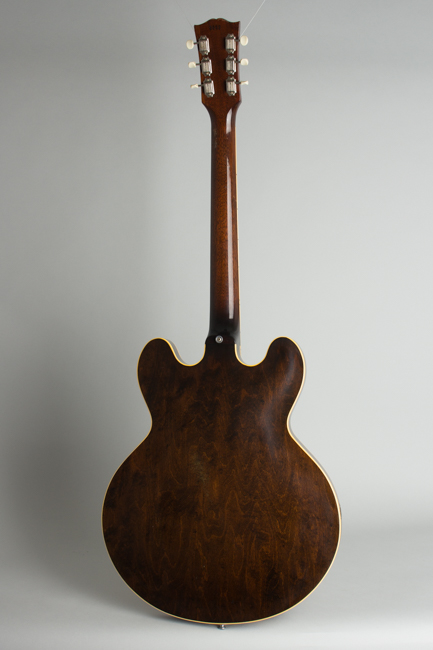 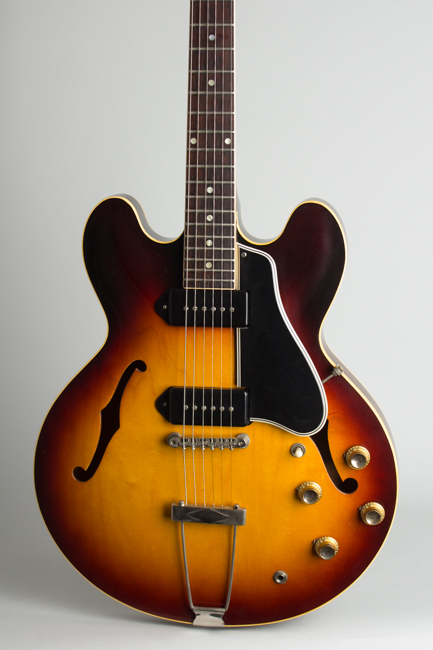 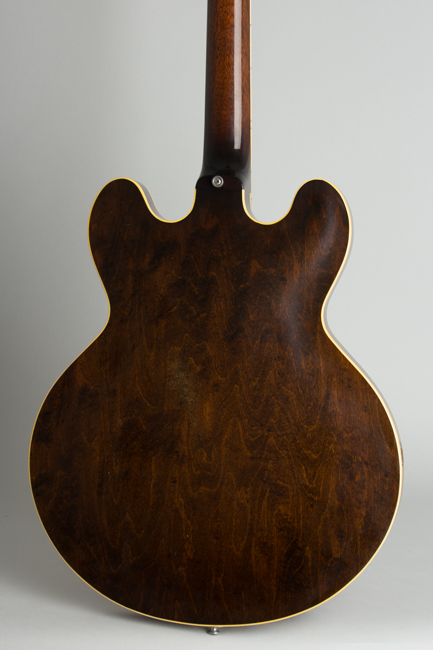 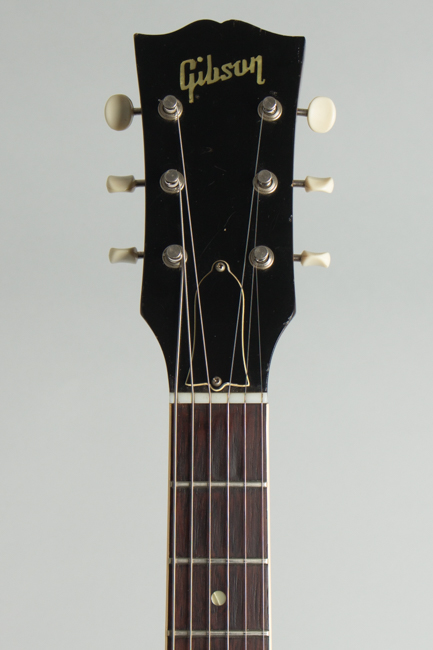 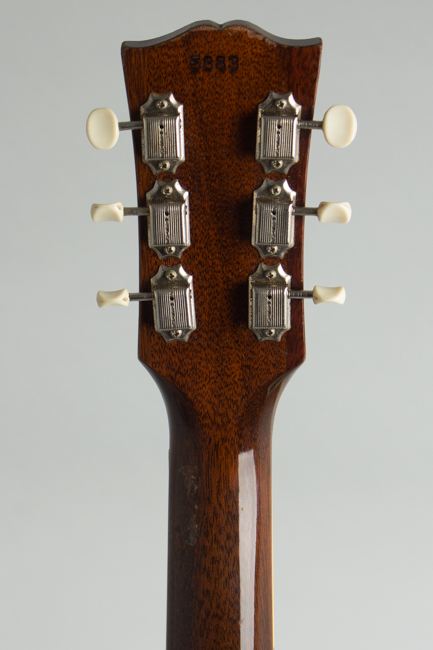 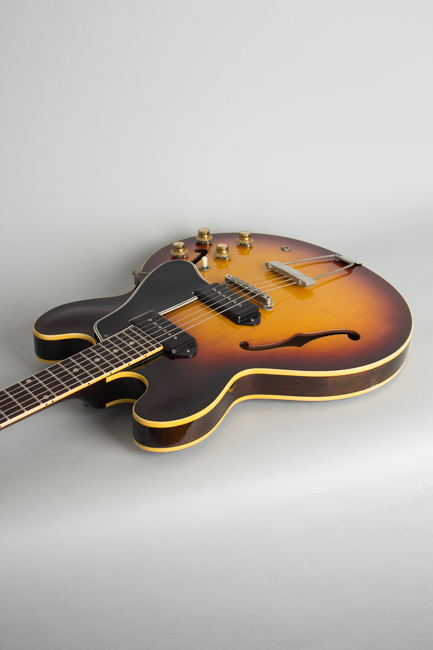 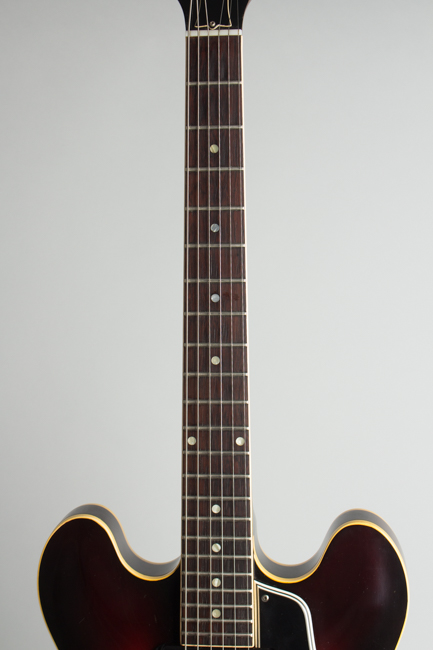 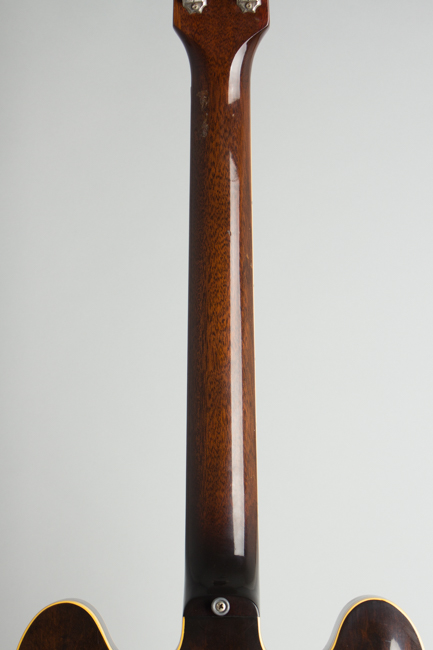 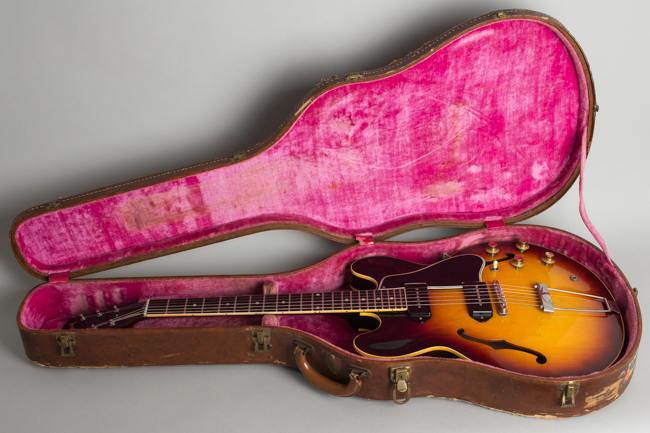 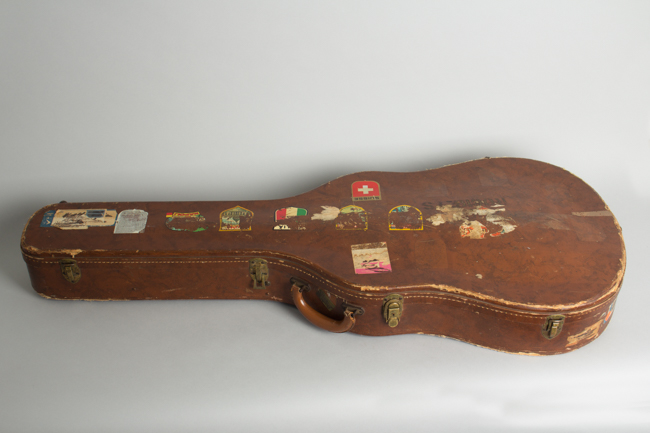 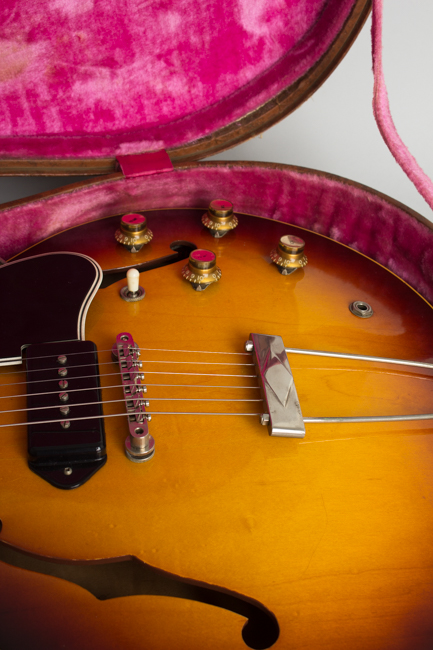 This is a nice example of a first-generation sunburst ES-330TD from early 1961, the second full year of production. This guitar has all the earlier features of the model including a bound dot-inlaid rosewood fingerboard, rounder "Mickey Mouse" cutaway horns and black plastic P-90 pickup covers.

The single-bound body is fully hollow without a center block, unlike the 335-355 series. The notable distinguishing feature of the 330 is the neck joining the body at the 16th fret. The neck profile is the flat and relatively shallow "1960 style" that Gibson used for just a few years right around this time. The relatively plain headstock has just a pearl Gibson logo; the tuners are single-unit enclosed Kluson deluxe with plastic buttons.

The two P-90 pickups are controlled by the standard Gibson wiring rig, with metal-capped amber plastic knobs and the "new" '60s style white switch tip. This one has a very low 4-digit impressed serial number on the back of the headstock indicating shipment in the first quarter of 1961, but still carries an internal ink-stamped FON (Factory Order Number) showing it was built in late 1960. It remains all original except for the tailpiece and truss rod cover, which are correct vintage Gibson pieces but appear to date to a bit later in the 1960's.

Early ES-330s are great-sounding, extremely versatile guitars and have been heard in many styles of music since the instrument was introduced. Jazz great Grant Green used this model extensively on his most well-regarded early 1960s recordings. The 330 and its nearly identical sister guitar the Epiphone Casino were featured in countless '60s British invasion bands, including the Beatles, Rolling Stones, Kinks, Manfred Mann, and many more. This is a nice early example, light and very handy with a great feel and sound.

Overall this is a nice and mostly original guitar showing some fairly light wear but no major damage or repair. It remains original except as noted the tailpiece is the correct style but is chrome plated (indicating manufacture after 1965) and the truss rod cover is also the later 1960's style. Overall the finish is quite clean with some scuffing and small dings mostly on the back. There is one spot of deeper random wear on the upper curve of the side and a couple of worn spots on the treble side of the neck behind the first fret.

There is a small patched chip to the top edge of the headstock above the G tuner. A vintage Gibson strap button has been added the back of the heel. The frets have been recently crowned and there is a bit of light wear to the fingerboard. This is a very fine-playing and sounding guitar, very light and super comfortable, complete in worn but solid original brown HSC with a selection of period travel stickers on the lid. Overall Excellent - Condition.
×