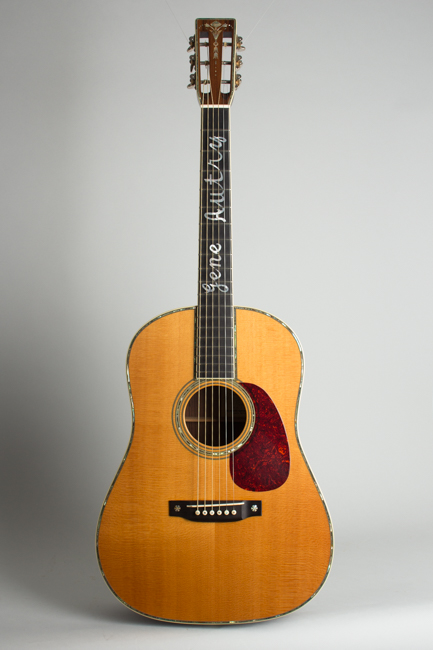 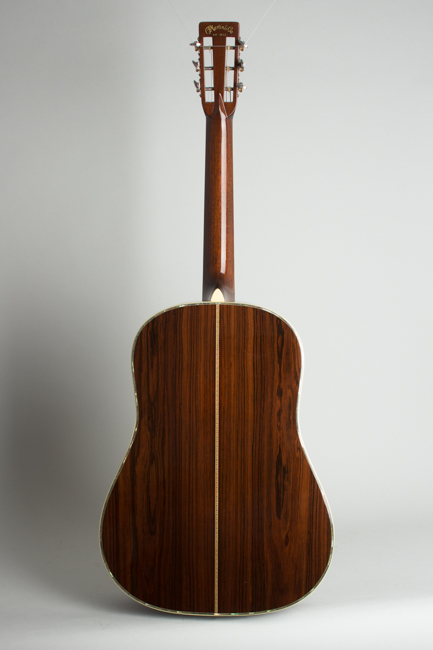 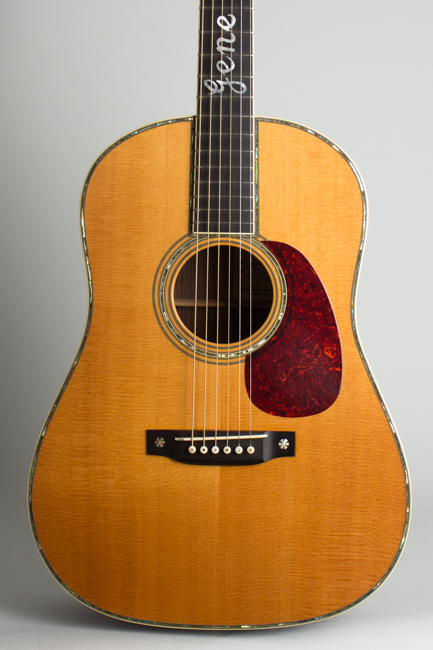 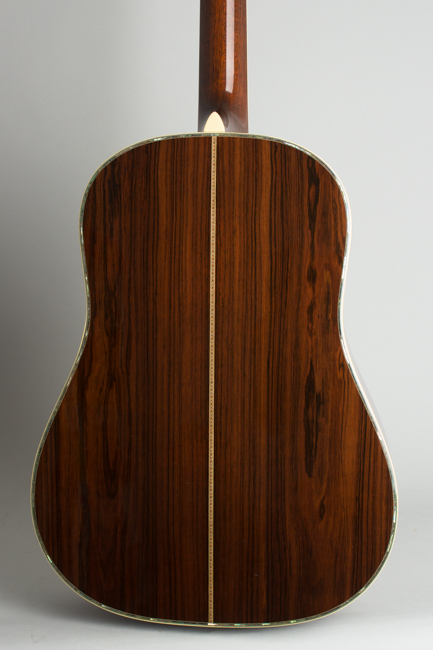 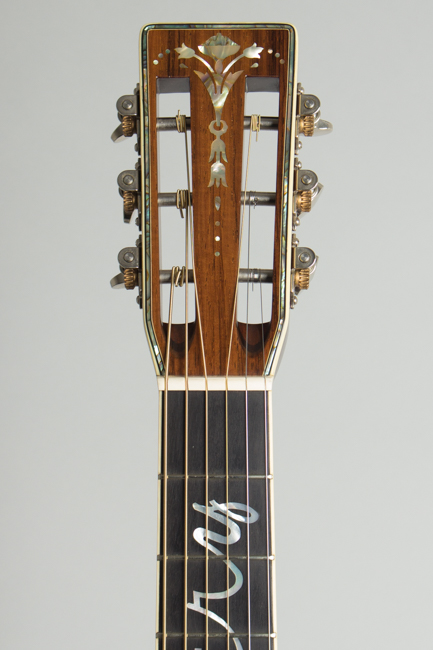 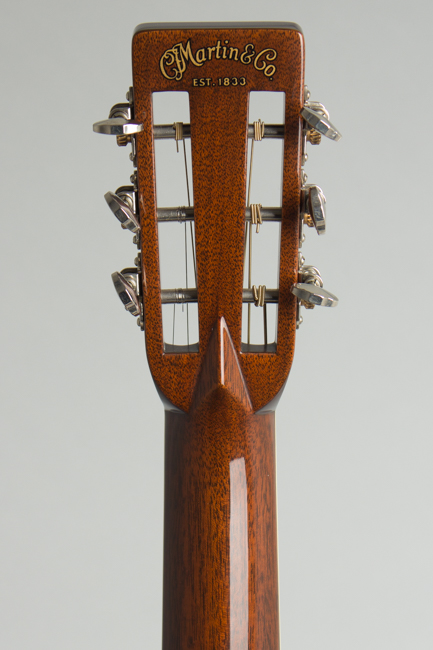 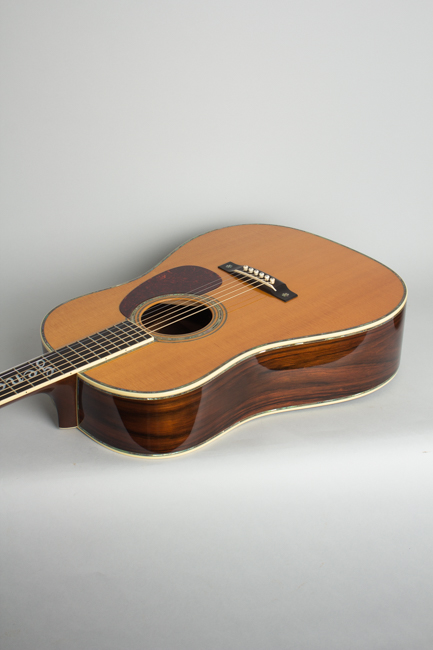 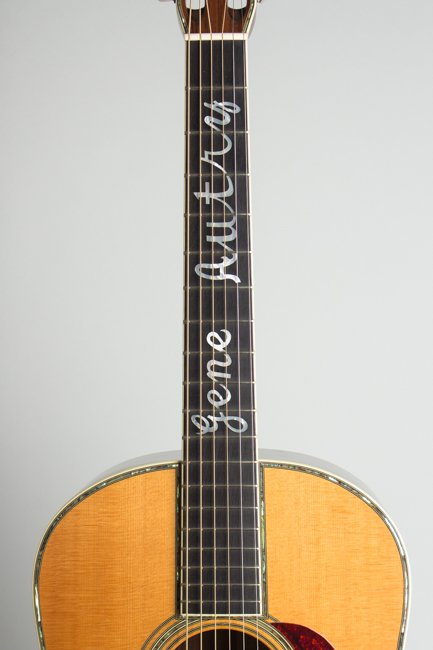 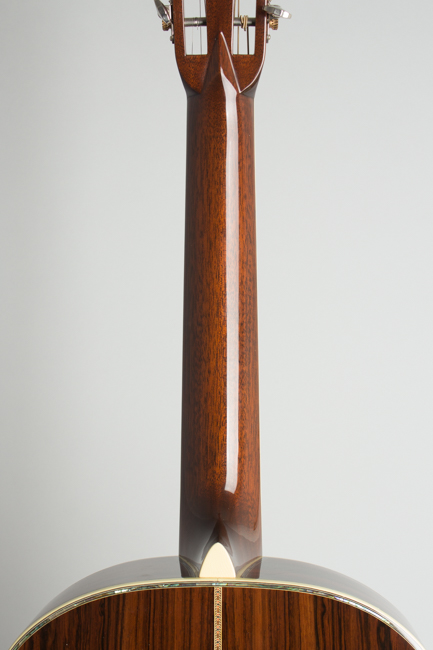 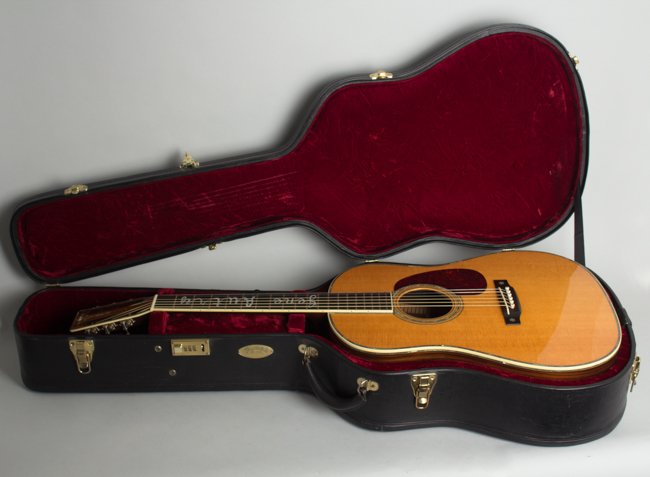 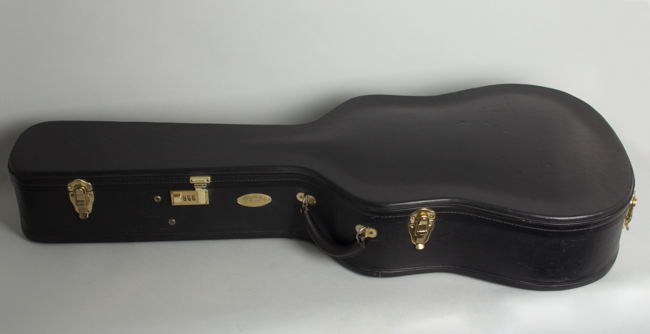 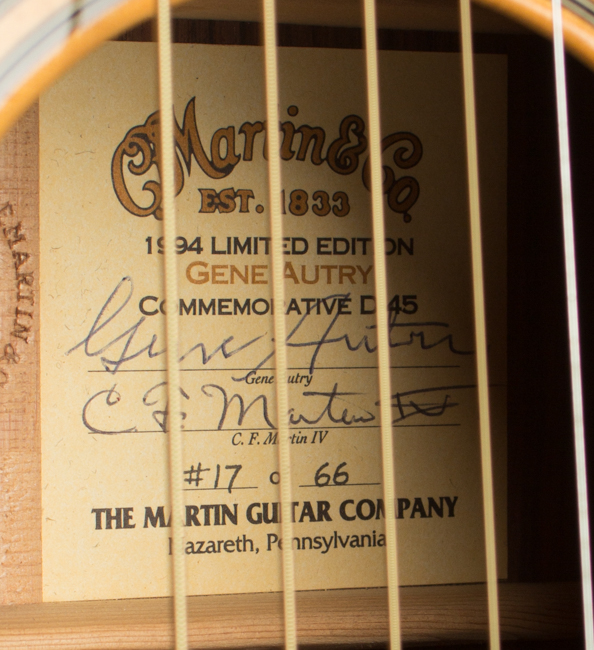 Most folks remember Gene Autry for being the ultimate Hollywood singing cowboy, starring in dozens of Western movies and defining a new genre of American hero. He was a major radio star before that, with hit records when they were still made of shellac. He also made a huge mark on guitar history when in 1933 he convinced C. F. Martin to make a bigger, better and most importantly flashier guitar than anyone else had, the very first Model D-45.

In 1933 the oversize wide-waisted Dreadnought design had been just recently added to the Martin line, having previously been an obscure exclusive for their client Ditson for 15+ years. When in 1931 Martin introduced Dreadnoughts in Styles 18 and 28 (originally designated D-1 and D-2), they seemed to have little faith in the model as they were not even mentioned in the catalog. The company apparently had more faith in their recently introduced OM and archtop models and seemed to have no interest in promoting the "new/old" Dreadnoughts

This didn't matter to Gene Autry. By 1933 he was a star on the National Barn Dance, and despite already owning customized pearl-top Martins already wanted the biggest, best and flashiest guitar the company could make. The very first D-45 was certainly that, and may have been one of the most important guitars Martin ever sold. Other Western performers suddenly had a new six-string goal to aspire to, and even those who could not afford a model as flashy Autry's wanted a guitar as big as his.

This has been called "the best advertising Martin never did" as they seemed to not realize the bonanza this would create within a couple of years time. Driven by Autry and other stars following in his wake the Dreadnought became THE guitar for country and western performers, and Martin's most important model of the century. Autry's 1933 guitar was one of 91 D-45s made prior to World War II, of which only three were 12-fret models. Autry kept the original D-45 his entire life and it is displayed today in his namesake Western Heritage Museum in Los Angeles.

In 1994 Martin offered a very limited run of 66 Gene Autry signature D-45s that replicated the unobtainable original in fastidious detail. This guitar is #17 of 66. The label is hand-signed by C.F. Martin IV and Gene Autry, who died in 1998. The original Dreadnoughts of 1933 including Autry's had a wide fingerboard, slotted headstock and 12-fret neck joint, making this a fairly rare example of that style of construction today. Like his idol Jimmie Rogers, Autry's guitar has his name inlaid in pearl on the fingerboard, faithfully rendered here in flowing script.

This guitar has beautifully grained Brazilian Rosewood back and sides and a super tight-grained Sitka Spruce top showing some lovely cross grain figure, with scalloped braces. The 45-style Abalone trim is virtually everywhere, executed with Martin's customary precision. The very authentically styled tortoise pattern pickguard sits on a top finished with a particularly good use of Martin's "aging toner" effect; it actually replicates the color and tone of a vintage instrument quite well.

The list price of this guitar in 1994 was $24,900.00. This is simply one of the best executed recreations Martins ever attempted, with the finest materials available and exceptional attention to detail everywhere. One hopes Autry was pleased with the honor, as the instrument certainly does him proud. When played this D-45 offers a huge open sound with enough headroom for flat picking, retaining a wide responsive tone under a softer touch for finger style applications. Complete in its original super-deluxe leather-covered hard case, this Martin D-45 is a great instrument for any style, and an absolute showpiece of a flat top guitar.

This guitar appears in showroom condition, showing few signs of ever having been played and only some tiny scuff marks from handling over the past 25+ years. It's sort of a shame, as it's a wonderful guitar to play with its big round neck and powerful yet defined sound. This is absolutely one of the nicest "Modern" Martins we have ever seen and a true tribute to the maker's art and the original artist's inspiration. Near Mint Condition.
×