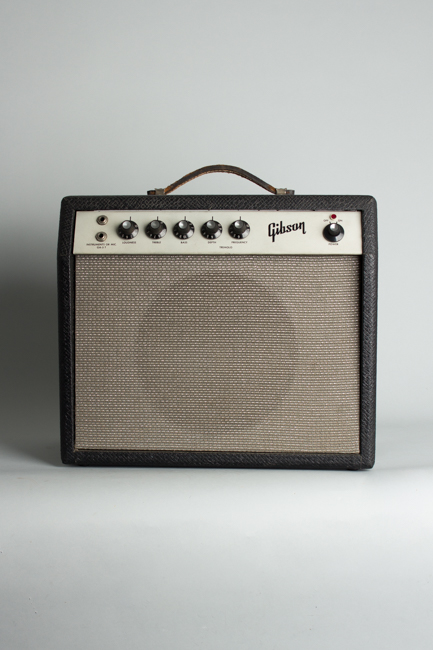 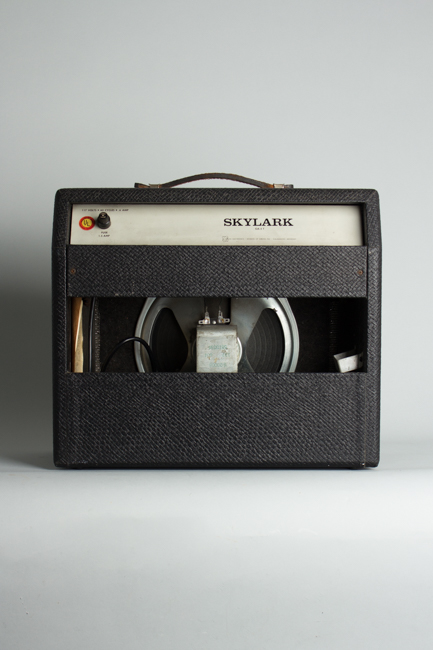 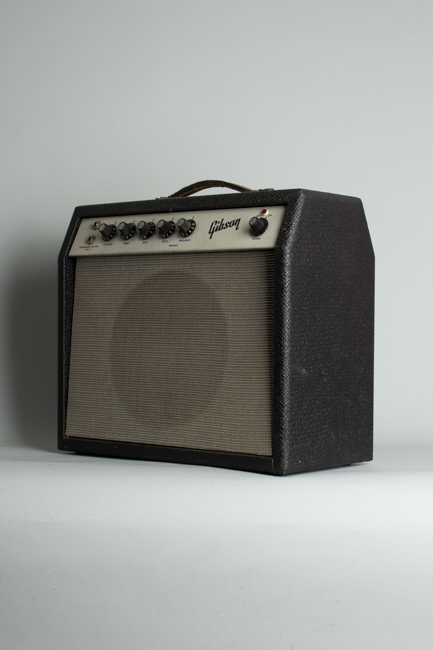 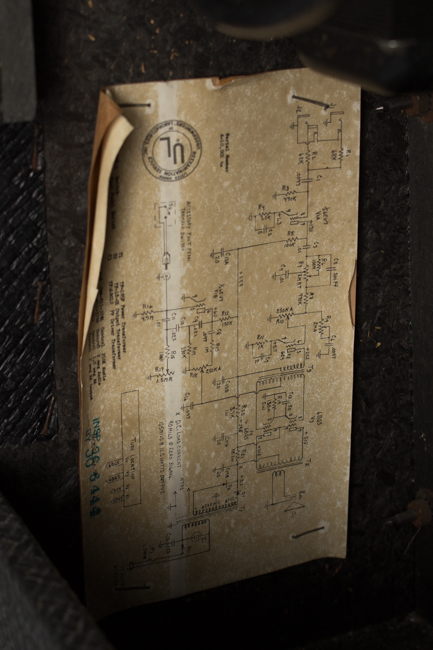 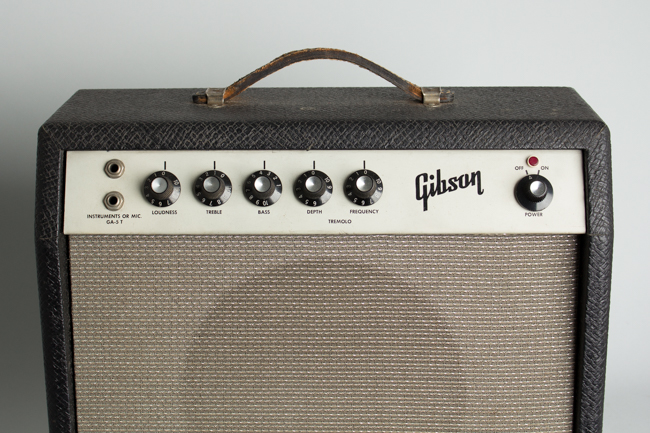 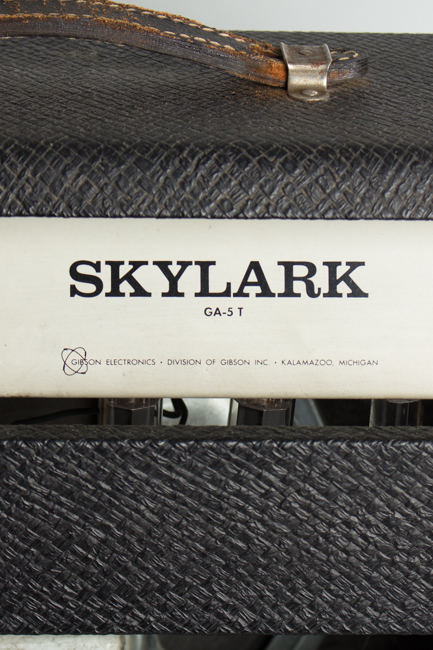 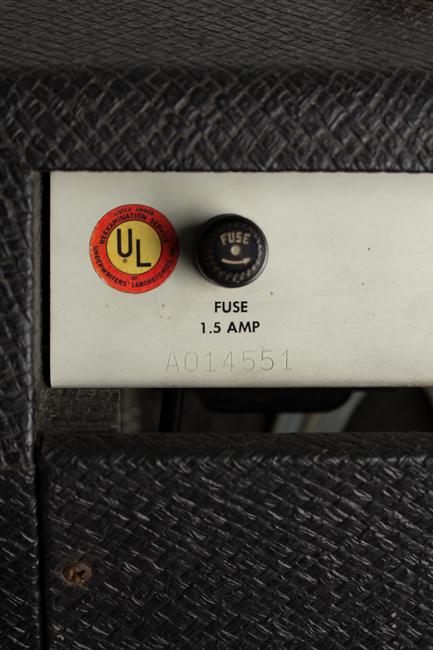 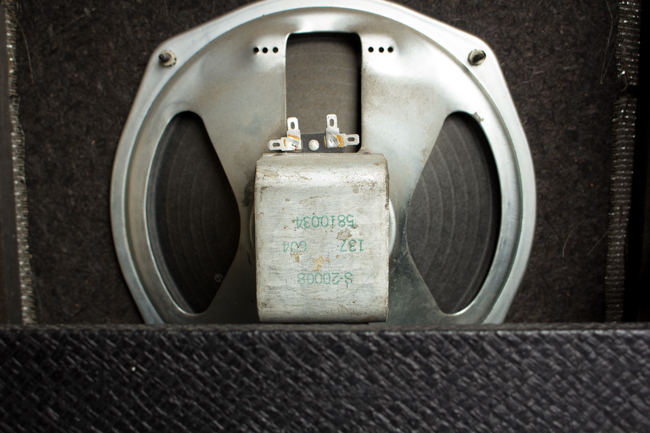 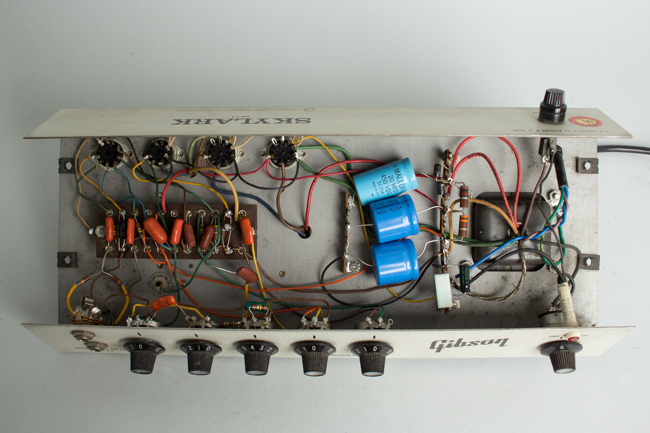 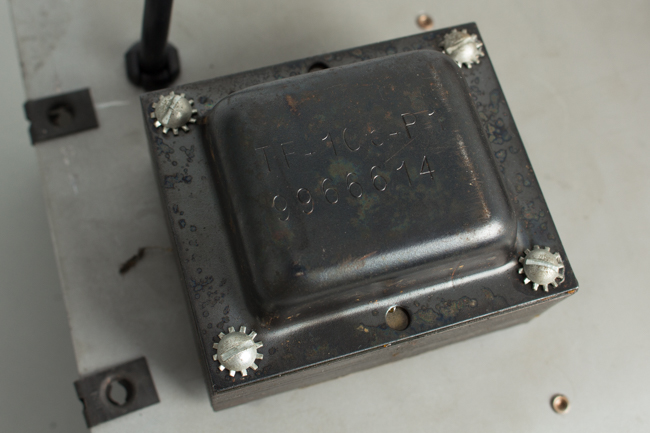 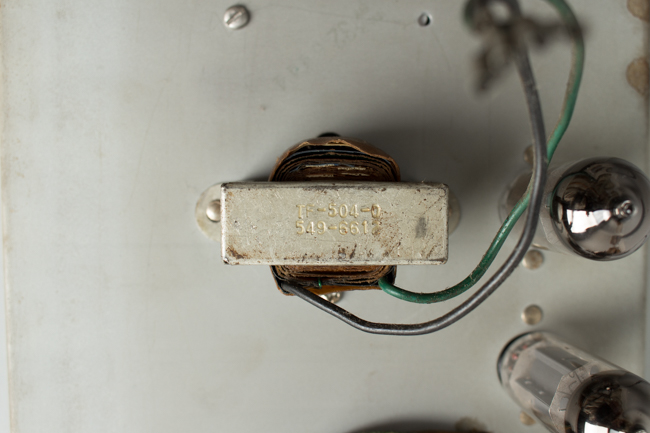 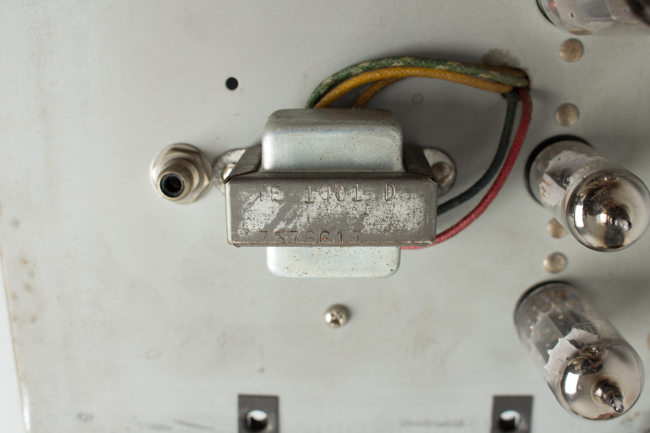 This little Gibson Skylark is the final version of Kalamazoo's rough equivalent to the Fender Champ, designed as a student amp but in out modern lower-volume world a fine recording or even discrete performance tool. This slightly more upscale tremolo-equipped GA-5T dates to 1966, just before Gibson temporarily ceased building amps in the late '60s. It offers sturdy Fender-like layout and construction with a 10 Watt-rated output going into a single 10" CTS speaker. It was popular enough for a brief time with 3521 made in 1966 and 4993 total shipped over just a 2 year production run.

That said, we don't see these very often. This is a nicely original example, with some general light wear but no major damage or modifications. The trem pedal is missing, but the trem itself works fine. The leather handle is still intact. All major components date to 1966, the original speaker is coded 137-604, made the fourth week of '66 and all transformers are original dating to the same year, marked (PT) 996614, (OT) 549-6612 and the Choke 7576617. Visible pot codes are 137 6610; internally it appears original except the volume pot has been replaced.

This amp has had our standard service with a full electrolytic recap, 3 prong grounded power cord added and the chassis-grounding "death cap" removed. All sockets, jacks and pots have been cleaned. This is a very solidly built and neat sounding little unit, brighter and more Fender-y sounding than many earlier Gibson amps. The trem is full but not overbearing, more discreet than many '60s amplifiers. The overdrive curve is somewhat less pronounced than similar Fenders and the output is cleaner, sliding into a raunchy snarl when pushed but not the screaming overdrive of the typical older Champ. Excellent Condition.
×