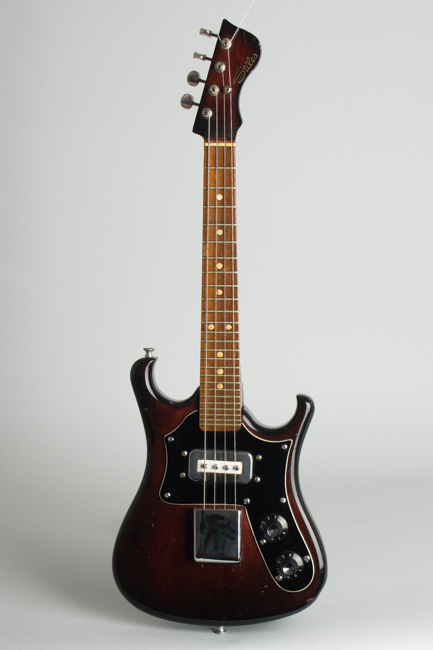 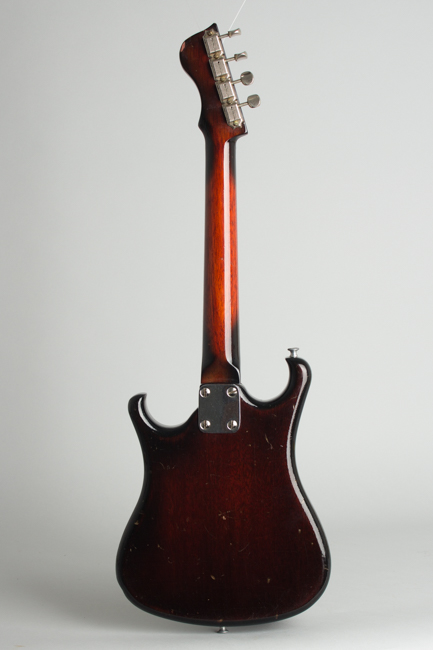 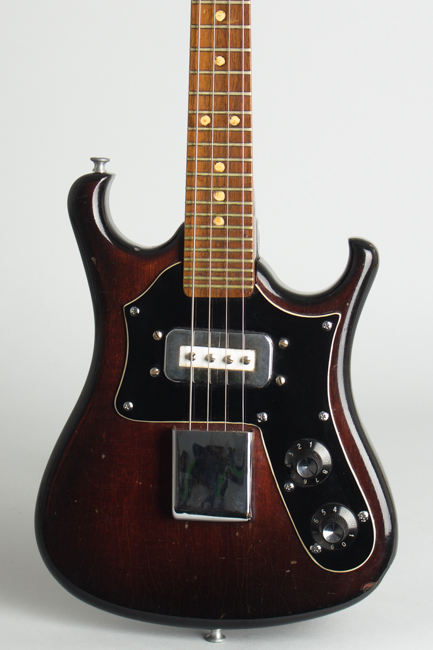 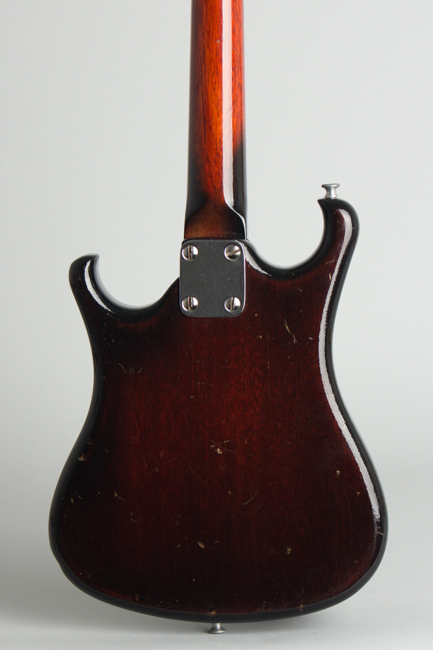 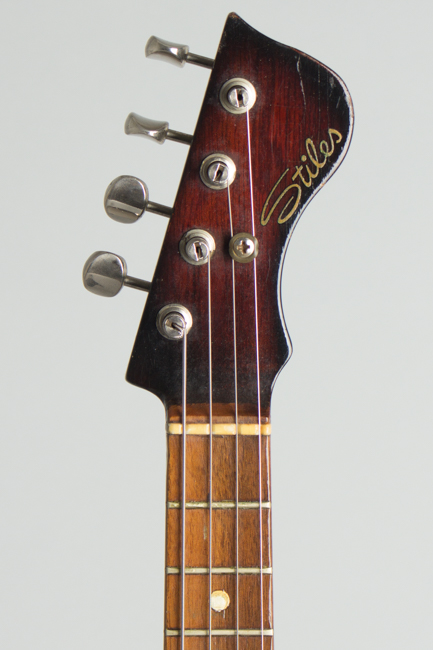 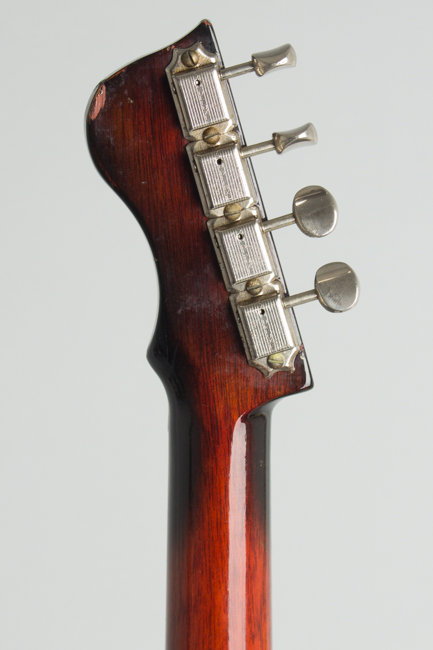 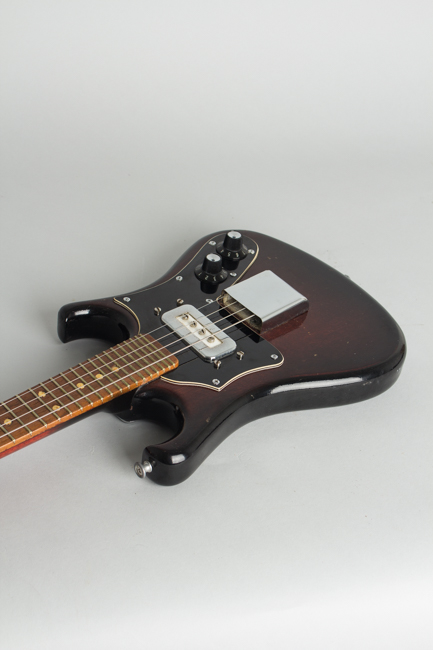 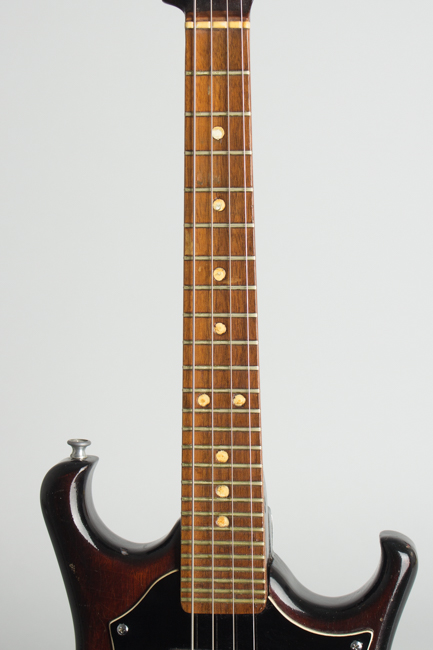 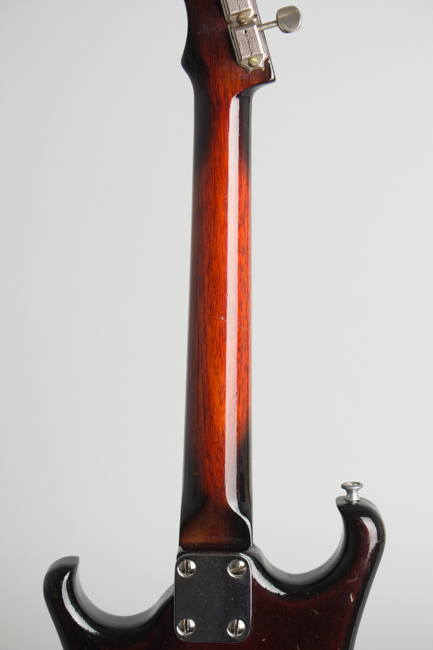 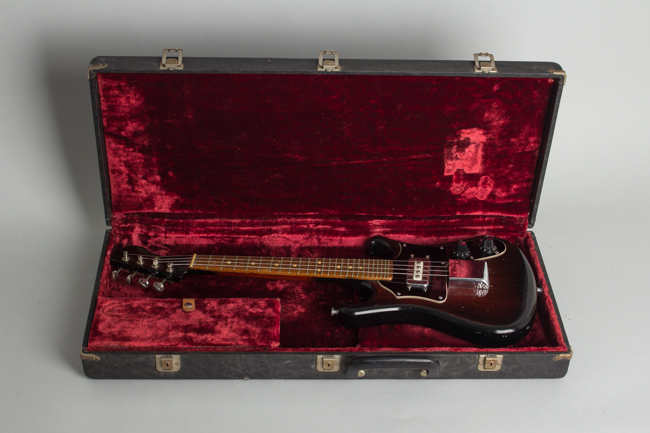 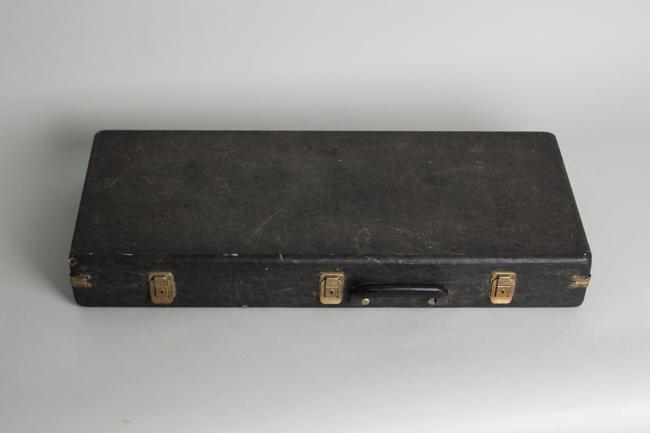 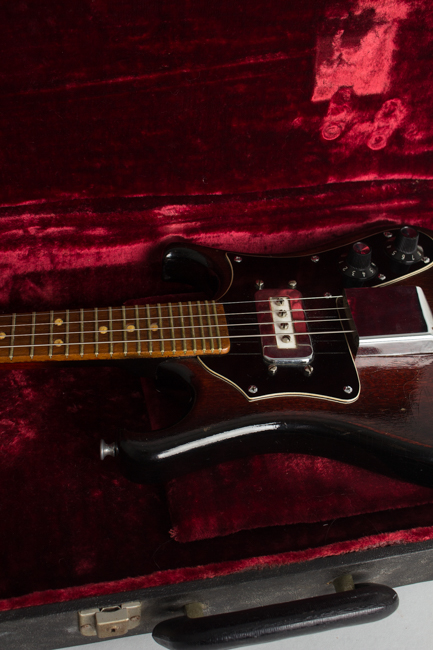 Gilbert Lee "G. L." Stiles was one of America's most accomplished if eccentric independent luthiers from the 1960s thru the '80s. the West Virginia native began building electric guitars in 1961 in Hialeah, Florida, using his own unique designs and tooling. He expanded into making all sorts of stringed instruments, and his active career lasted many years. Stiles had no formal training in lutherie, but he was experienced in the lumber and milling industries and had played music since childhood. He built his first guitar, a solid-body electric, in 1960; over the next few decades he would turn out an estimated 1,000 electrics and 500 acoustics, even including a few banjos and mandolins.

Stiles sold his instruments to amateur and professional players in his local area, and a few popped up with nationally known players like Steve Ferguson of NRBQ and the bassist in Conway Twitty's band. Typically each of his handmade guitars is unique but based on recurring design elements, and they are very well-made to professional standards. Many of his solid-body guitars are quite distinctive with carved scroll bodies and feature hand-tooled elements like unique pickups and adjustable bridges.

Stiles' instruments were perhaps a touch less refined than the familiar factory-made products of the 1960s, but they show a dedication to craftsmanship and a determined originality of design. He usually made his own hardware, much of which was highly functional. Stiles' typical finishes were fairly thick, and like Rickenbacker he usually extended them over the fretboard. His handmade pickups were initially mostly copies of DeArmonds, but he expanded his designs over the years.

This is one of the oddest Stiles instruments we have encountered, a tiny 4-string solid-body electric Mandola (we think!). Electric 4-string mandolins were known in the 1960s but the 15-inch scale on this one suggests it was designed to be tuned as a mandola or perhaps a steel-strung concert ukulele. It is easily adaptable to either tuning making this a usable piece for both mandolin and guitar-oriented players. It can be tuned as a mandolin but the longer scale makes the use of very light strings a must for that pitch.

There is no serial number on the instrument we can find. The finish and hardware are similar to Stiles guitars of the 1960s; the pots are dated to the 6th week of 1961, suggesting it was built sometime in the first years in that decade, which would make it one of his earlier creations. Like most Stiles pieces it was likely a custom order from someone who wanted this specific combination of features, something not otherwise available on a production instrument.

The body is an asymmetrical double cutaway with thin, slightly curved horns finished in a subtle dark red/purplish sunburst lacquer. The pickguard is a black-faced plastic laminate surrounding a single centrally-mounted pickup. The tone and volume controls are mounted on the lower quarter and carry generic versions of the numbered plastic knobs commonly used on Fender amps. The bridge is a totally handmade stamped aluminum affair with separate saddles allowing height and intonation adjustment for each string, and a nifty snap-on chrome cover. The bolt-on neck is Fender-like in design, with a lump-scroll headstock mounting four Kluson Deluxe tuners. There is a discreet "Stiles" decal on the headstock.

The pickup has adjustable poles and is 4-way adjustable for height. It is angled very slightly; this may be deliberate as it lines up well with the strings or just the result of a poorly-aligned jig. The only parts not built by Stiles are the Kluson tuners and Gibson-style strap buttons. The previous owner informs us the pickup has been re-wound, but it sounds very nice. Otherwise there are no indications of repairs or replacement parts. This little cutie is eccentric for sure, but a well-designed and very playable instrument nonetheless.

This instrument shows some light finish wear including checking and small dings, dents, and scrapes. The workmanship is a bit sloppy in spots but overall it is nicely made and playable. If we had not been informed the pickup was rewound there would be no way to tell. Not for everyone, perhaps, but a very cool and playable relic of independent American lutherie history, complete in what appears to be a nicely handmade OHSC. Overall Excellent Condition.
×