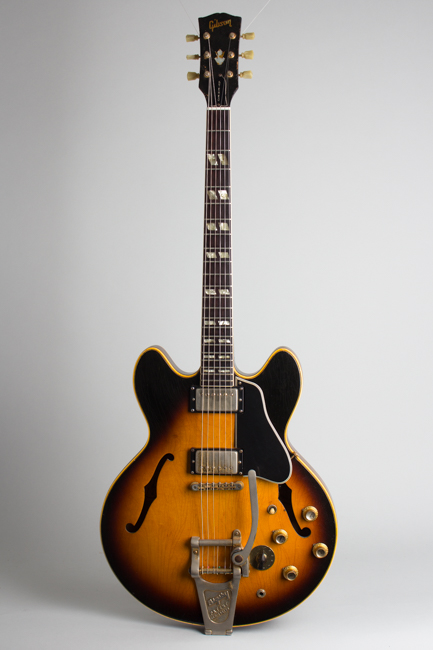 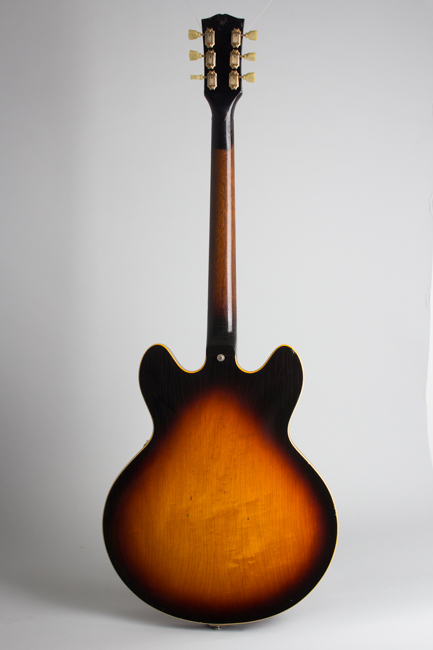 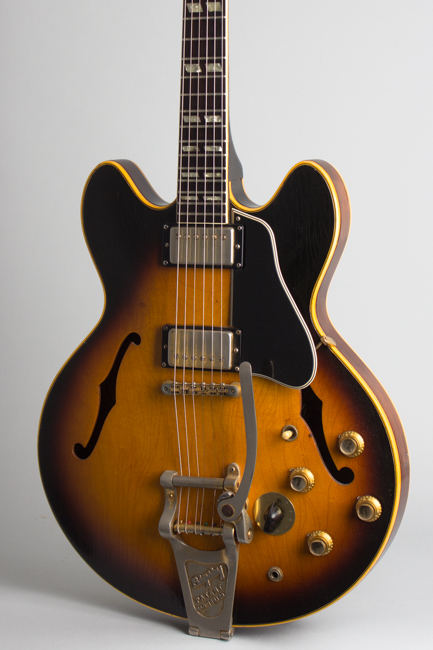 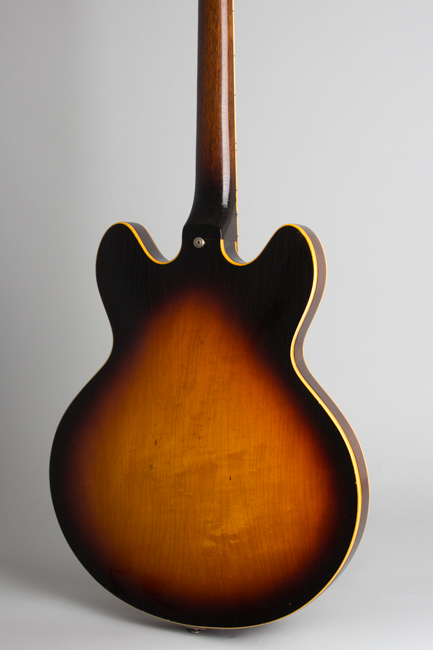 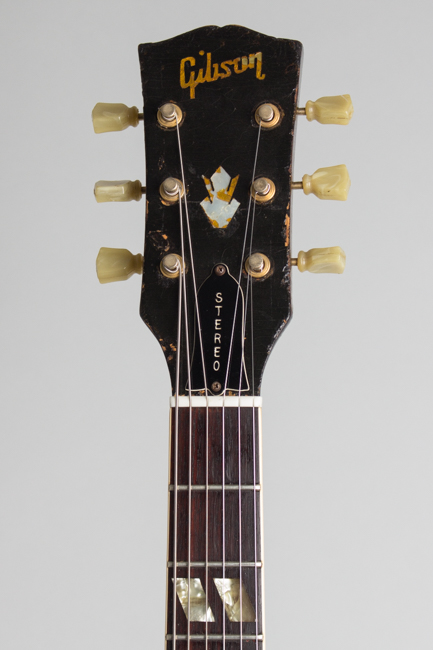 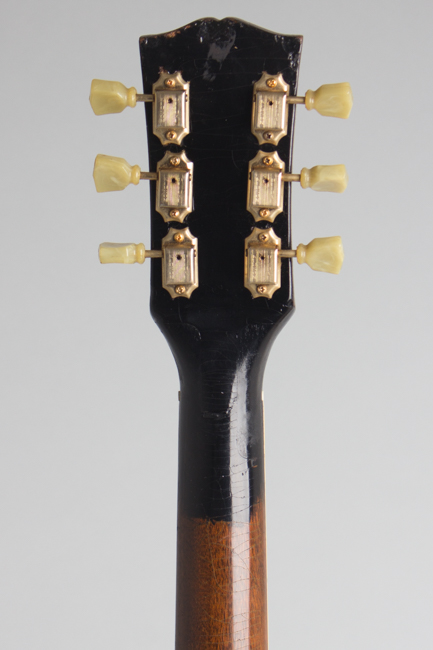 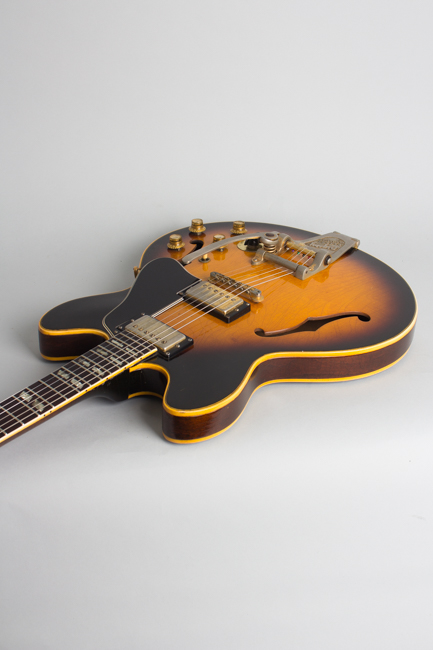 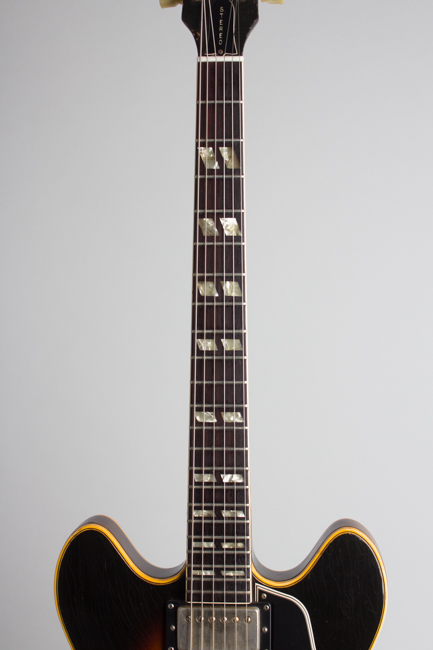 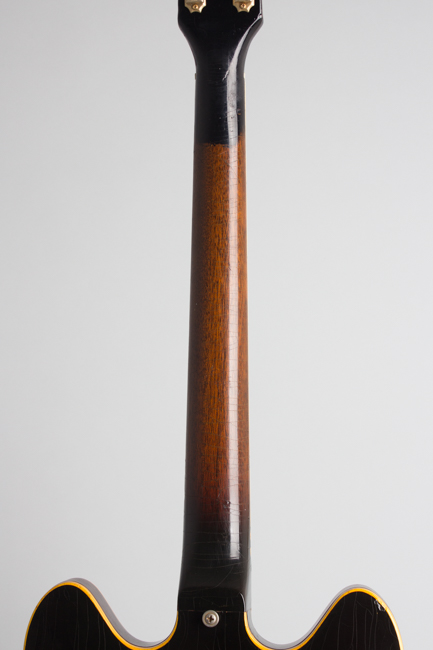 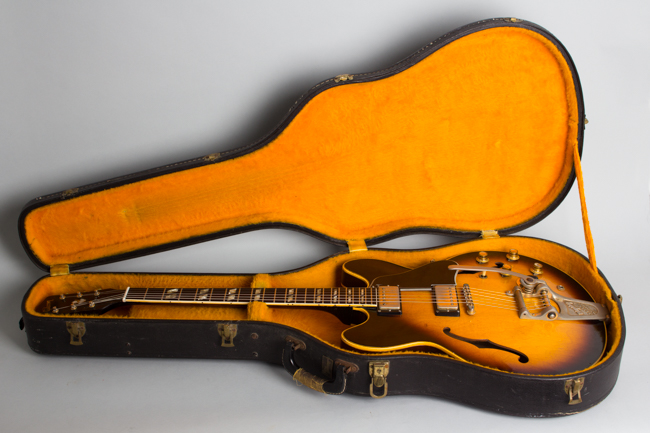 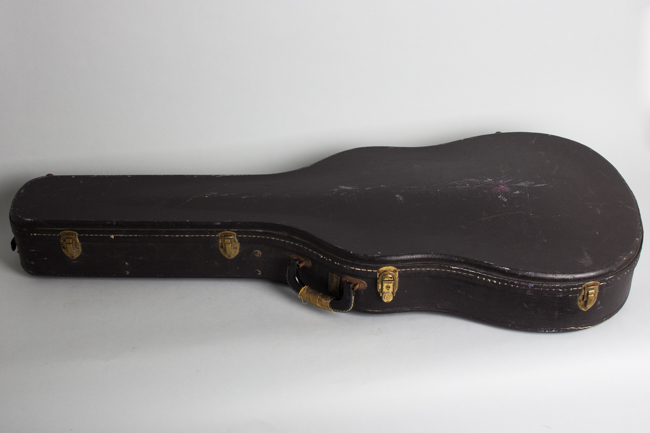 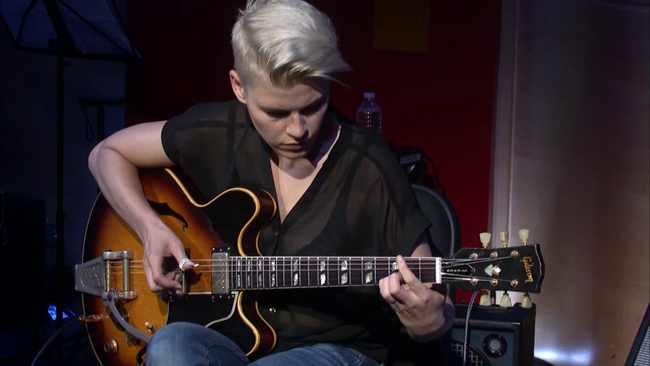 The ES-345, Gibson's original "Stereo" guitar, was a product of the late 1950s fascination with "better living through Electronics" that inspired several makers to "channel" their efforts into stereo instruments. While this electronic innovation never proved particularly popular, the ES-345 itself has a long history as an established Gibson classic. This particular 1967 ES-345 has been a long serving recording and performance instrument for Kaki King, who gave us the following story:

"I had dreamed of having a Gibson ES series guitar since I was a kid and this was my present to myself on my 25th birthday after being constantly on tour for a few years. The tone is absolutely gorgeous and you can't beat the classic look. I used it as the main studio electric guitar for four different albums and played it all over the world. I'm passing it on because my focus has been on acoustic playing but it is without a doubt the loveliest guitar I've ever owned."

The ES-345 debuted in 1959 as a dressed up version of the recently launched thinline semi-hollow ES-335 adding some extra binding and pearloid inlay. Its real raison d'etre however was Gibson's new stereo/Vari-Tone wiring rig which sends the signal from each pickup to a different amplifier (or different channel of the same amp) while the Vari-Tone was a 6-position notch filter which gradually brightened and thinned out the characteristically rich tone of the humbucking pickups. This model was originally designed to pair with Gibson's GA-79 stereo amplifier.

The ES-345 proved a fairly popular guitar in the mid-'60s, with signature users running the gamut from jazz to blues (Freddie King and Little Milton in particular) to several notable British invasion players, including Pretty Thing Dick Taylor, Tony Hicks of the Hollies who used one extensively to (briefly) Beatle George Harrison. Still, this was a fairly expensive guitar, and only about 500 of these beauties were shipped in 1967. The ES-345 has proved a timeless classic, and obviously was still an object of desire for the young Ms. King, who is a dedicated virtuoso but hardly bound by tradition!

Overall this is a nice original example, well worn but a very nice player. The humbucking pickups and wiring remain original, still wired in stereo (a stereo-to-mono cable is included) and the Varitone has not been bypassed. The finish shows fairly heavy checking and some general wear with dings, scrapes and chips but no large areas of loss. The gold plating is fairly heavily worn.

The guitar has had a headstock repair, solidly done with some fairly heavy dark overspray on the back of the headstock, and a clear coat over the entire area. The back of the headstock has been reinforced with an inset veneer which extends to the area just behind the nut. Original style but later single ring Kluson tuners were re-mounted at some point; there have been other tuners on the guitar as the mounting holes were slightly reamed out. The rest of the hardware remains original, including the gold-plated Bigsby.

The guitar has an older refret, with wire similar to the original but a slightly rounder crown. Playability is excellent, and we are happy to have the opportunity to pass along this instrument that has been played and loved by one of today's most innovative guitarists. The original hard case is included in worn but very solid condition. Overall Very Good + Condition.
×