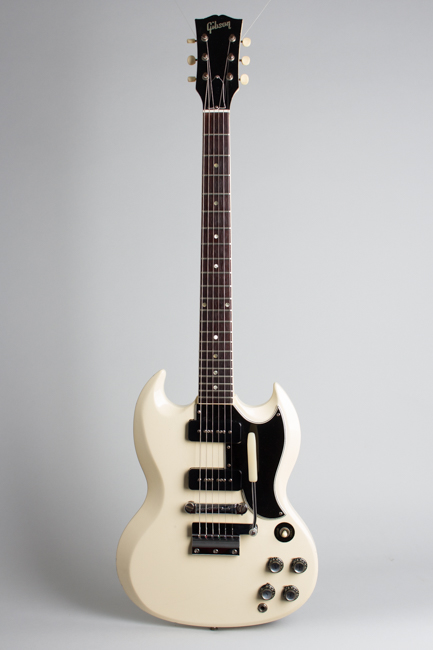 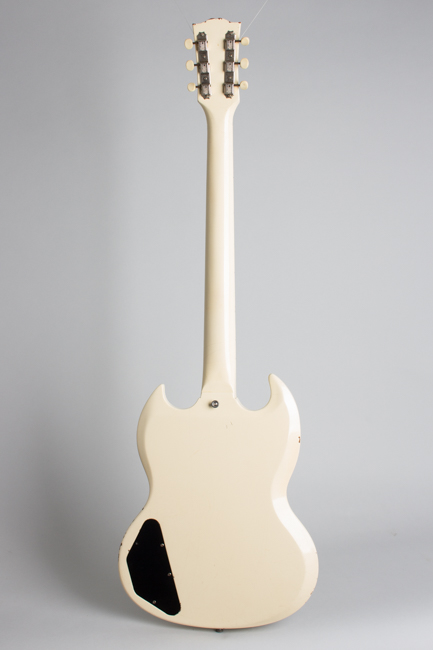 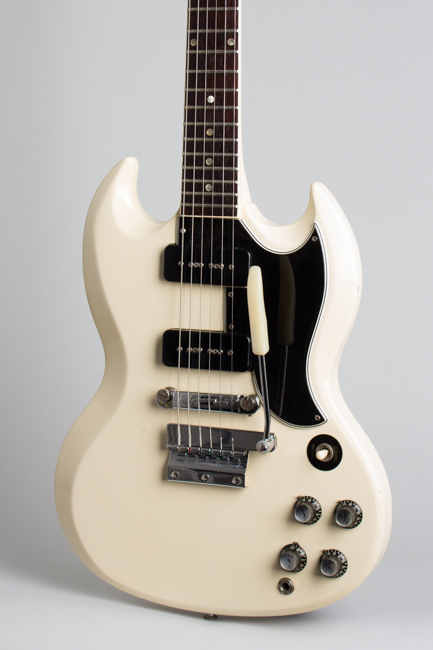 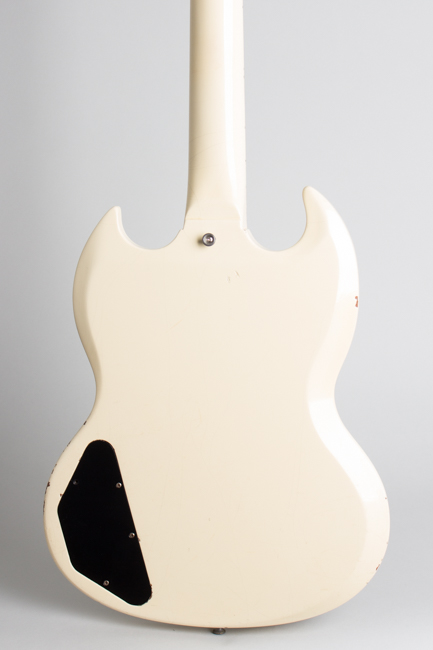 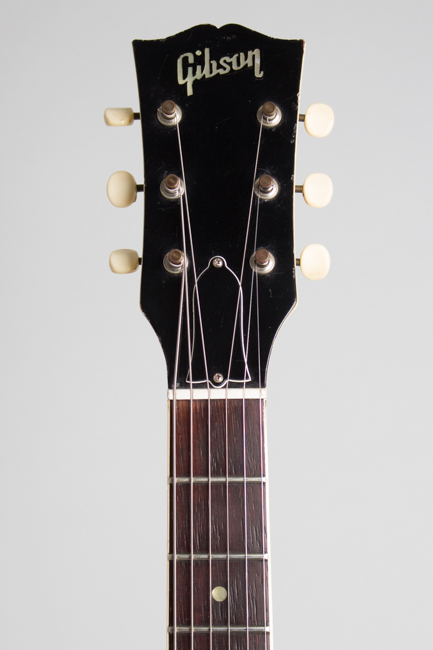 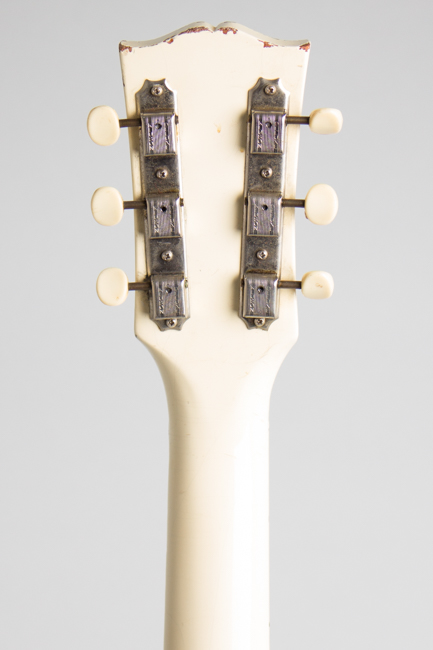 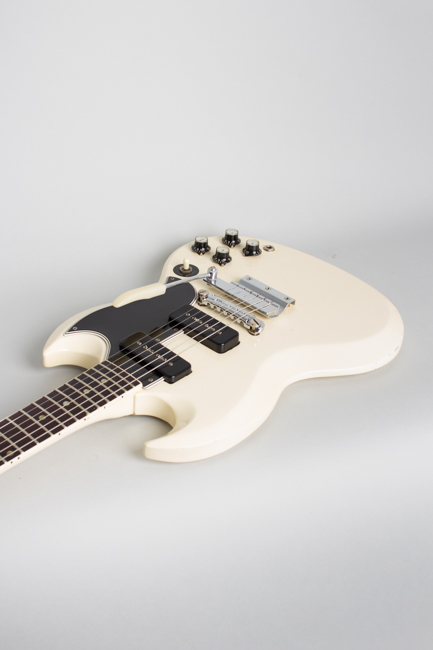 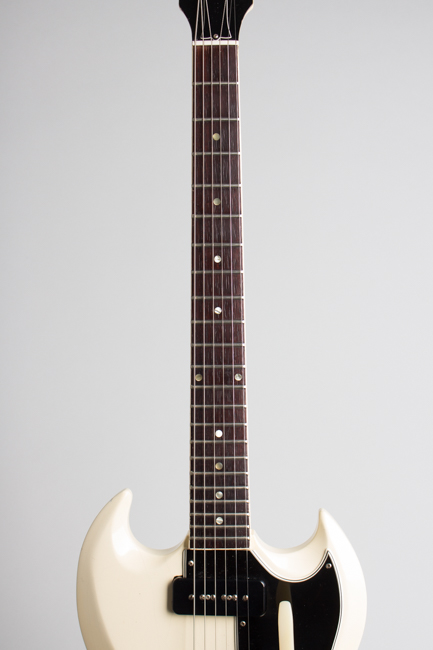 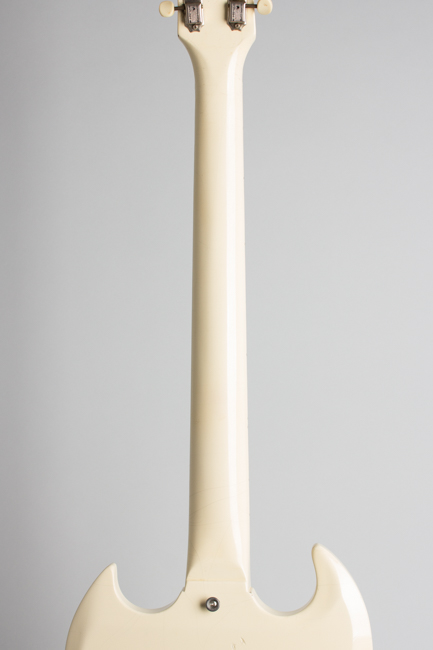 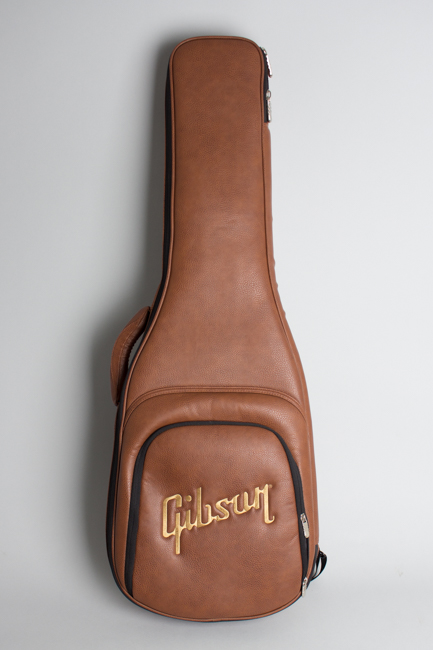 This gleaming white SG Special looks and sounds as sharp as can be, the epitome of 1960's Gibson badass cool. It is a bit of a "transition" model appearing to have been built around mid-1965. Illustrating once again the epic quagmire that is 1960's Gibson serial numbers, this guitar carries what by all accepted references is a 1964 serial number, yet has a couple of distictly 1965 features. The most notable is the C-profile neck has the slimmer 1 5/8" nut width used from mid-'65 until the end of the decade, but as it moves towards the body is still chunkier feeling than the super-skinny 1966-9 necks that followed.

Other construction features including the old-style neck joint, pickups mounted solidly to the body and smaller pickguard and control cavity are still 1964 and earlier spec. The wiring rig is all original and has one visible pot date of 1965; the rest are soldered over. This was the single biggest year of the 1960's guitar boom, and inconsistencies abound!

This guitar mounts two very hot P-90 pickups, older-style "capped" pre-1966 plastic knobs and the mix of nickel and chrome hardware typical in 1965. The bridge and vibrato tailpiece are chrome plated, the bridge studs are nickel. For connoisseurs, this was the last great original year for the SG series; by 1966, the design was heavily modified with a generic large "swimming pool" rout in the body and pickguard covering the face with the pickups mounted to it to speed up production.

White-finished examples like this (descendants of the 1950's "TV" models) were always made in smaller quantities than the cherry versions. Although it was a catalog option this finish seems to have been less popular. All of 519 white examples shipped in 1965, only about 1/4 of the number of Cherry-finished Specials that left Kalamazoo that year.

The SG Special was and remains a very popular guitar, with good reason -- anyone who has seen live footage of The Who or Carlos Santana in the late '60s knows what these ultra light and super responsive SG Specials are capable of! They remain one of the classic rock guitars of that or any era, more versatile than many think with a "special" sound unto themselves!

This is a very nice and all original example with just some light wear overall. It has never had any body, neck or heel cracks; this is a totally solid SG with an excellent neck angle. Internally the wiring rig is original and unaltered, the old masking tape has been replaced on the treble pickup connections under the coil due to a loose ground wire repair.

There is some light checking overall and a number of small dings to the finish, mostly on the body and headstock edges; some have been lightly touched up. The Arctic white hue is still very strong and has not "curdled" to a more yellowed look over time as some have. The original frets have plenty of meat left, and the guitar plays excellent and sounds just great. It resides in a more recent deluxe Gibson leatherette gig bag -- a useful addition, as it probably came housed in cardboard originally! Excellent Condition.
×