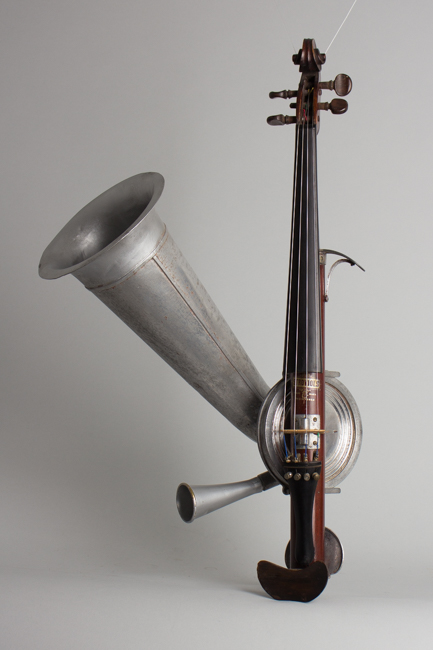 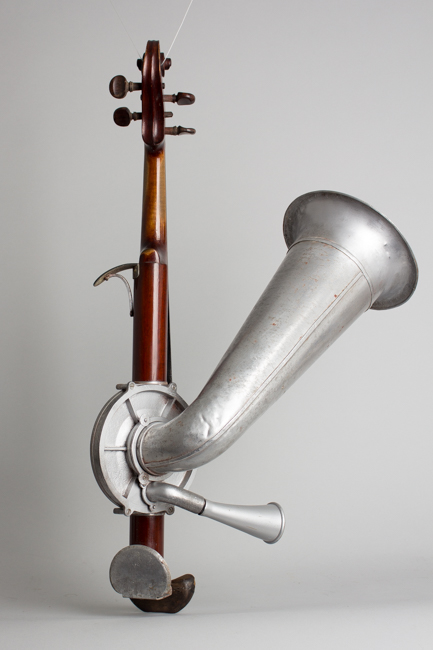 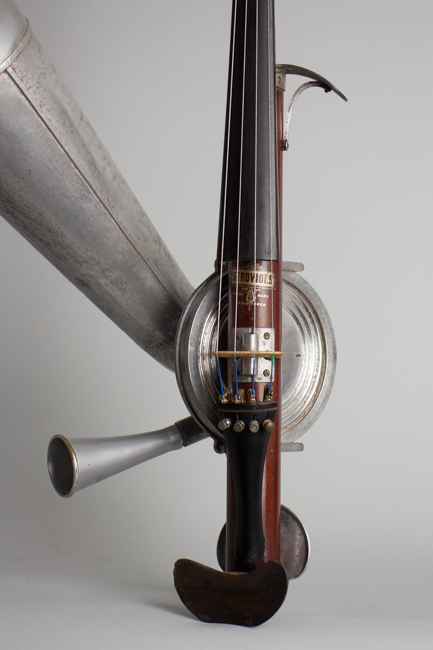 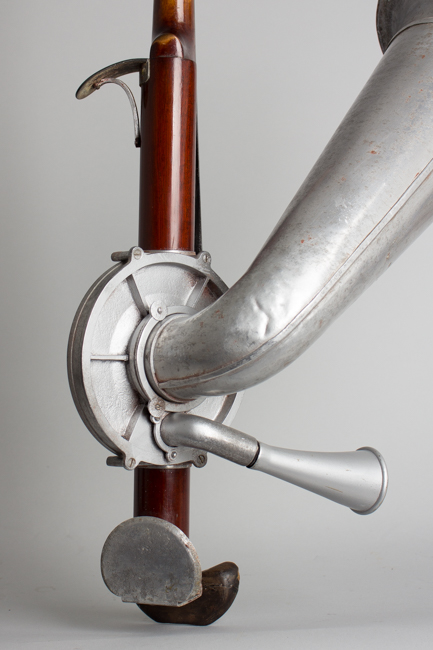 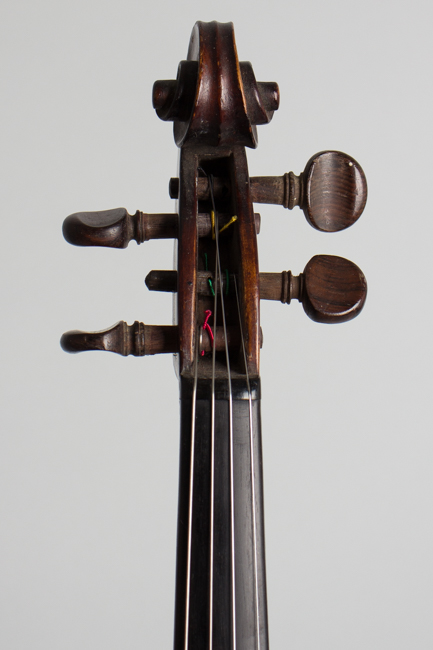 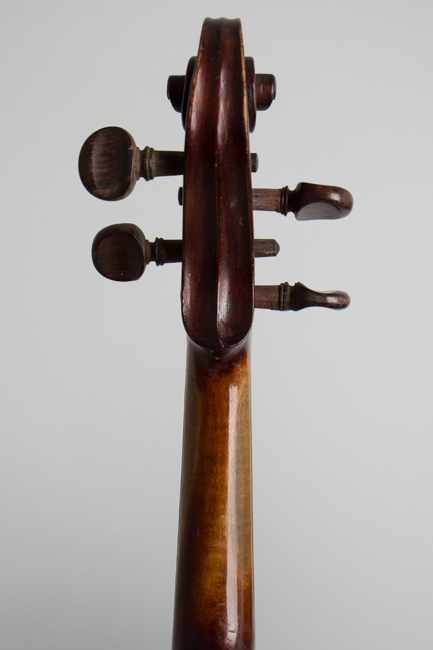 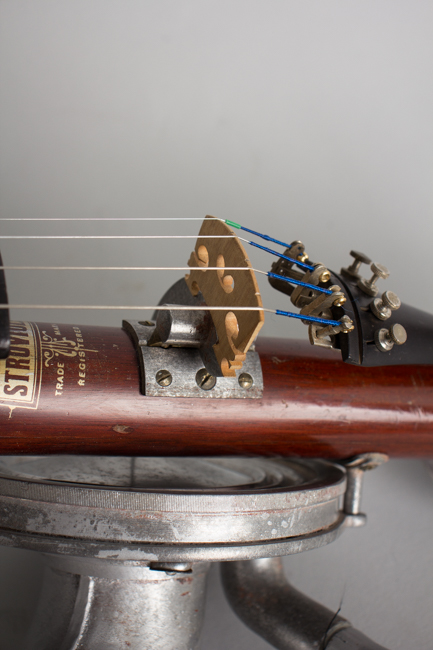 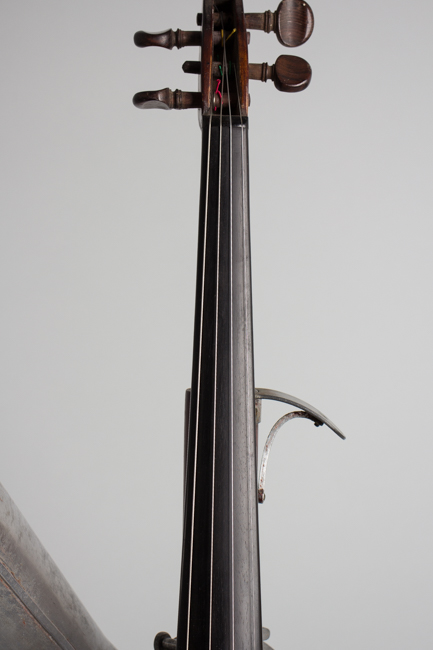 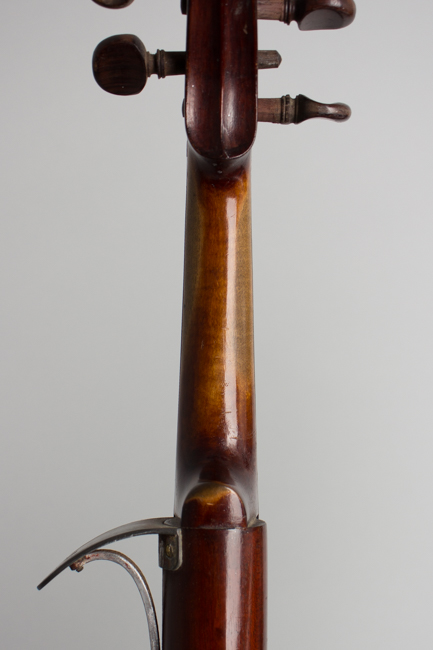 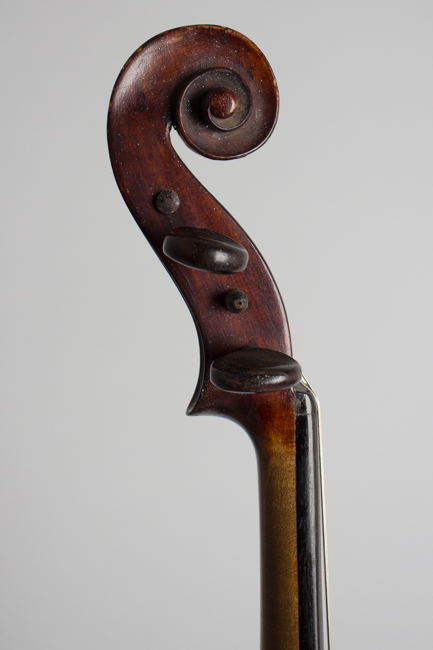 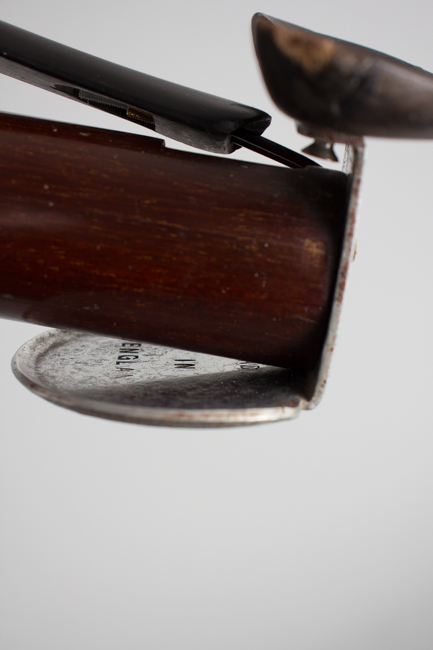 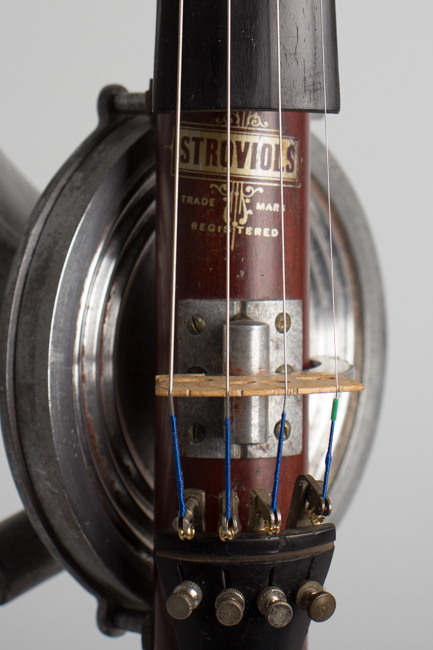 This is a very rare Stroviols violin, the original and most famous of these fascinating bowed resonator instruments. The sound is completely unique; quite loud and it projects very well, which was the original intention. The Stroh produces a more compressed metallic tone compared to a wood bodied instrument, yet still full and in its own way quite beautiful. This is a good playing and nice-sounding example, showing signs of long use but fairly well maintained and properly set up.

The history of the Stroviols company is fascinating, and even plays a role in the development of the National resonator instruments! John Matthias Augustus Stroh, an electrical engineer in London, was a maker using the name Stroviols as a trade name for his phono instruments. These initially included violin, viola, cello, bass and also curious one-string phonofiddles. As time went on this line expanded to include mandolins, ukuleles, an even a magnificently "Steampunk" looking Hawaiian guitar!

The original design was submitted for patent protection on May 4th 1899 -- UK patent GB9418 titled "Improvements in Violins and other Stringed Instruments" -- which was granted on March 24th, 1900. The patent described the use of a flat metal (other materials are also mentioned) diaphragm in the voice-box (reproducer) of a violin to mechanically amplify the sound.

On February 16th, 1901 he applied for an additional UK patent (GB3393) titled "Improvements in the Diaphragms of Phonographs, Musical Instruments, and Analogous Sound-producing, Recording and Transmitting Contrivances" which was accepted on December 14th, 1901. This effectively extended the first concept to now use a conical resonator with corrugations at its edge, allowing a more "rigid" diaphragm.

Stroh did not patent his inventions in the USA which allowed John Dopyera and Geo Beauchamp to subsequently obtain US patents for the tricone and single cone designs used in National resonator instruments, and Dobros. Stroh violins were somewhat successful for a couple of decades, especially in the era of acoustical recording, at which they excelled. 120+ years on the sound and look are still both classy and outrageous, with an enduring appeal to collectors and violinists of an adventurous nature.

This is a very good and fully playable example of this very rare 100+ year old instrument, appearing well played but not heavily worn. There is some loss to the stained finish on the back of the neck down to the wood. By comparison the finish on the barrel body is quite good, with some small nicks and dings. The Stroh logo markings on the body are nicely preserved with a bit of loss at one corner.

The large horn is more heavily worn with some general corrosion to the metal surface overall and a number of small dents. The open area of the bell has some dents and wear along the rim, but it remains structurally sound. The rim is slightly bent in one spot, and appears to have been hammered back into shape. The interior has been painted silver, likely to hide some of these imperfections. The smaller monitor horn is a neatly done replacement, made of brass but painted silver to match the rest of the metal. All other parts are original and the instrument plays well with the typical powerful if somewhat compressed sound these are famous for. Excellent - Condition.
×