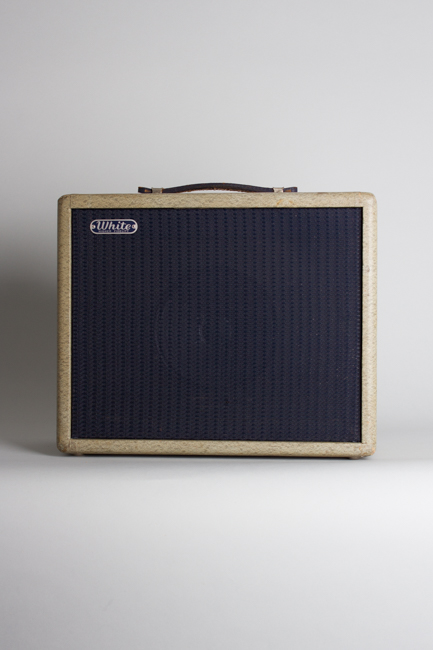 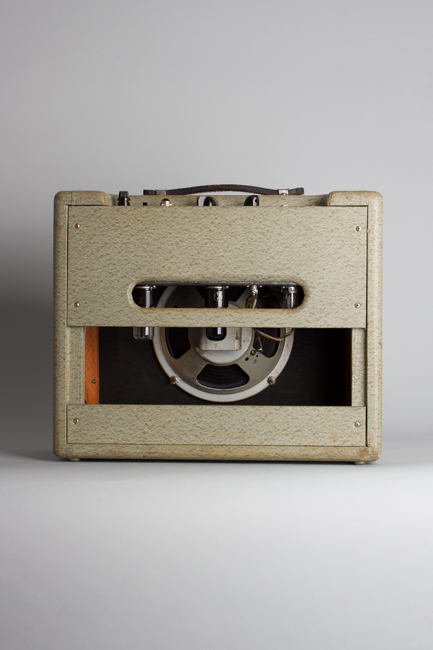 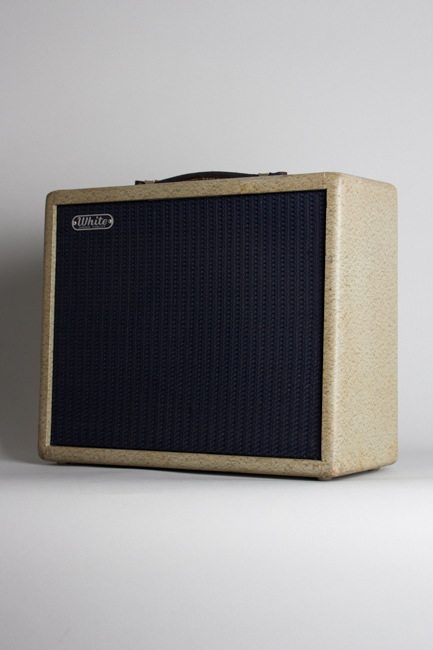 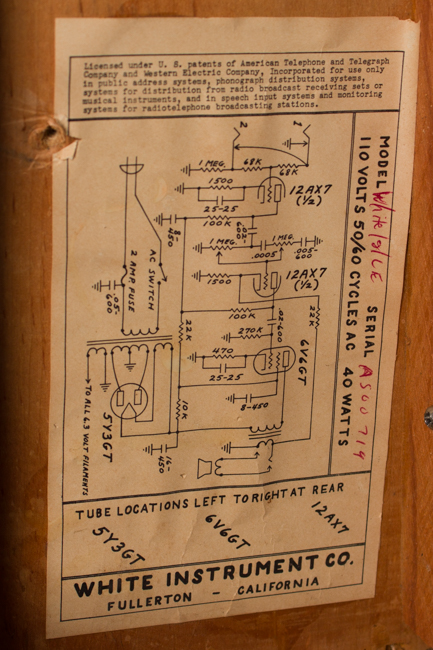 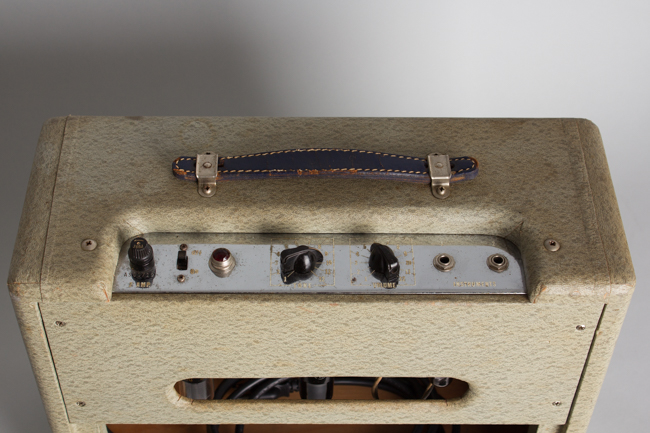 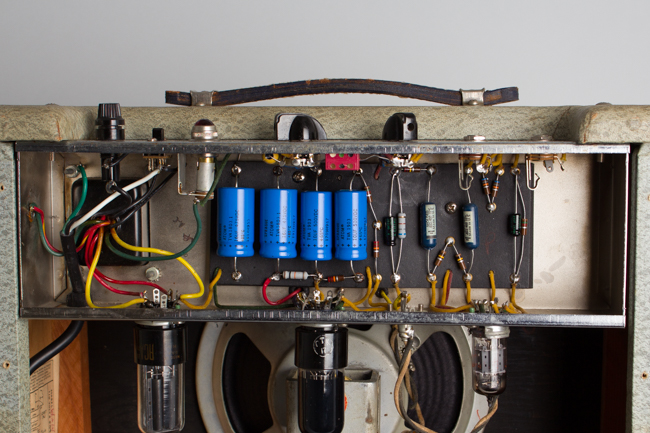 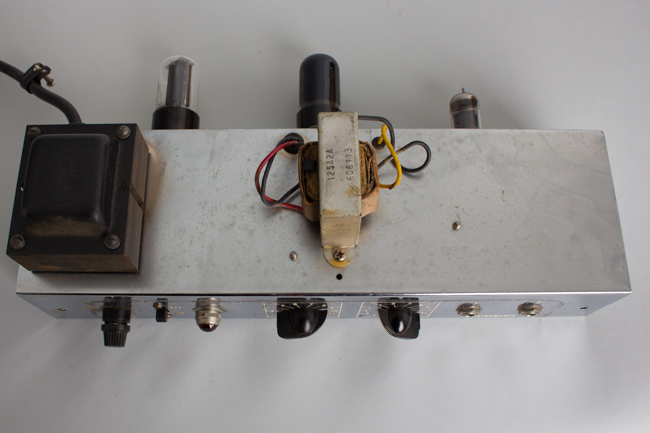 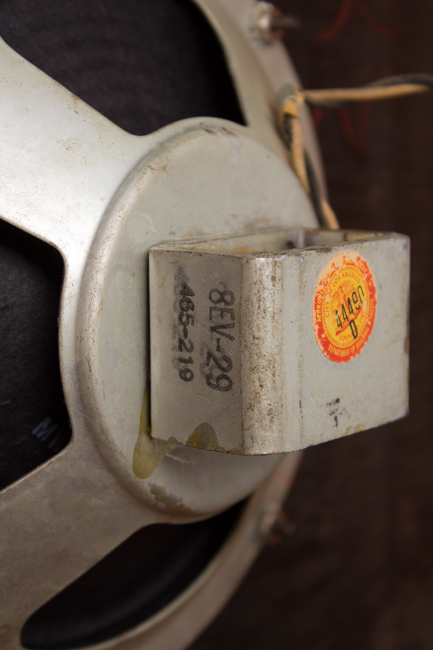 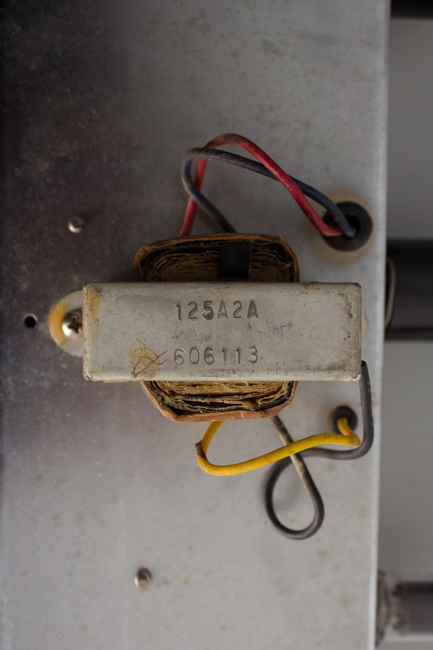 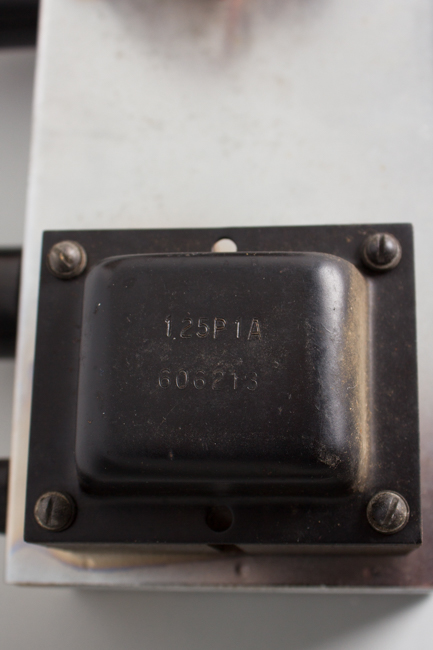 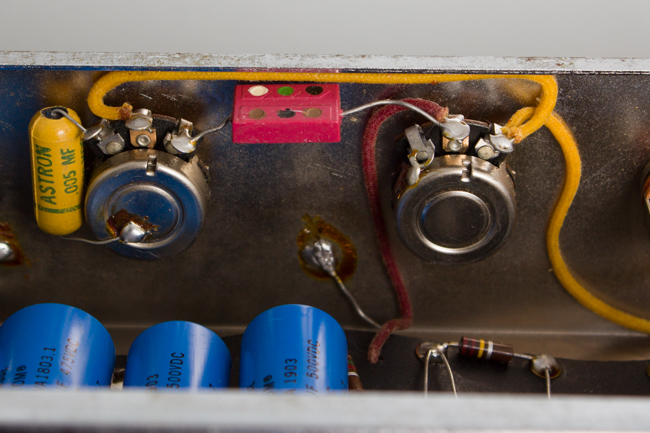 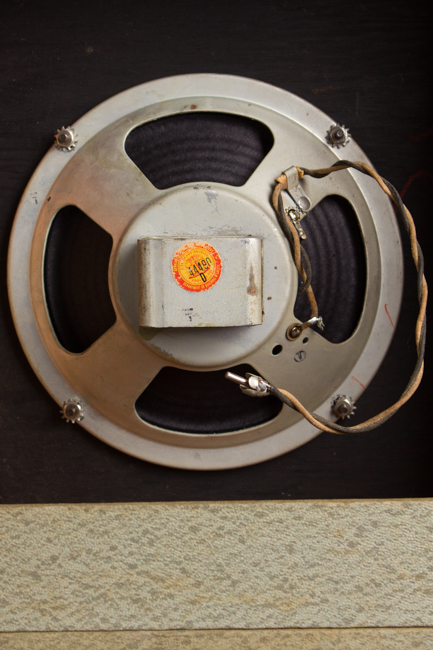 This great-sounding and rather rare little White-brand amp is one of the most obscure Fender products of the 1950s and early '60s, marketed as a secondary product line exclusive to teaching studios. This was still a big market for Fender at the time, especially the student grade guitars and amps. So as not to undercut franchised Fender dealers in the same town, a special studio-only line (consisting of one steel guitar and amp model) was offered wholesale to teaching studios only. The story goes that Fender plant manager Forrest White was not even aware that Leo had named this line for him until the "White" name plates started appearing at the factory!

The White amp is similar to the late-1950s Princeton, with a single tone and volume control and simple 12AX7/6V6/5Y3 circuit. It carries a single 8" speaker and has enough differences in layout to give it a unique tonal character of its own. This particular amp is a fairly late example carrying components dated from late 1961 to early/mid 1962. The original speaker is an Oxford dating to the 19th week of that year.

This is a beautifully original amp, with just typical recent service including a standard recap, added 3-prong power cord, cleaning of all pots and tube sockets and bias to spec. The tubes are all original or at least period and still perform very well. Externally there is just some minor wear to the "frogskin" covering, the unique blue grill cloth is very well preserved and even the blue leather handle remains intact with some small cracks in the outer layer. The control plate has some minor wear and some old gunk accumulated but corrosion is minimal and the graphics are nicely intact.

Forgotten for decades, these White amps have recently become very sought after for their rarity and fantastic lower-volume sound that starts out crisp and quickly slides into growly overdrive. The White "Higher Fidelity" amp is a most obscure part of the Fender story-amaze your friends with one of the coolest and most offbeat amps of the era that many players have never seen or heard before! Excellent + Condition.
×