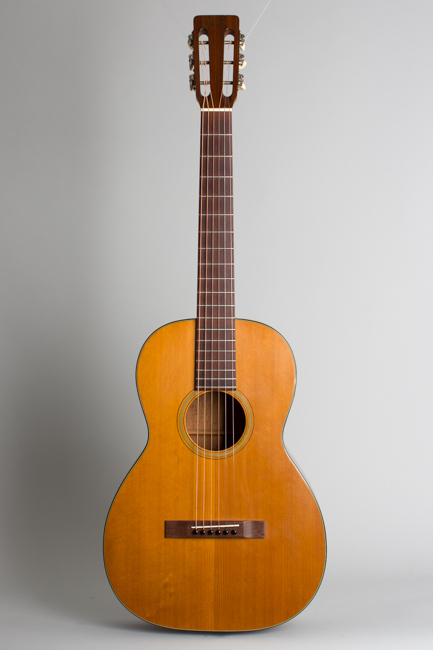 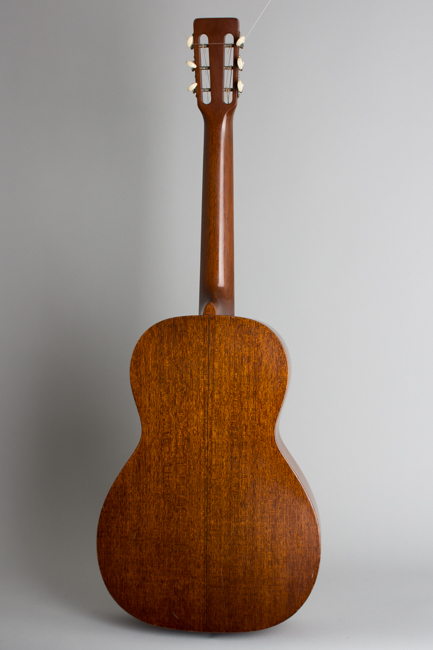 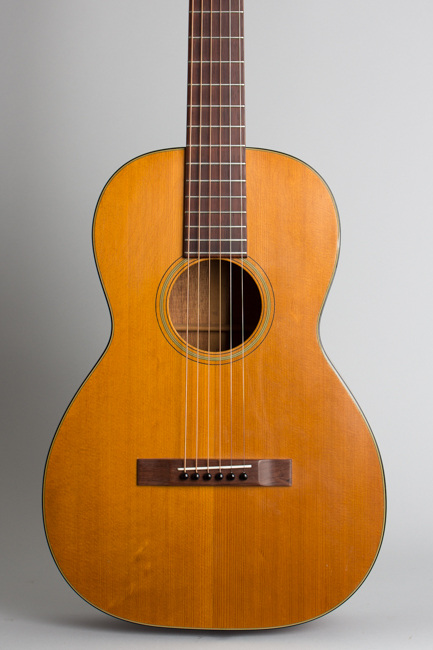 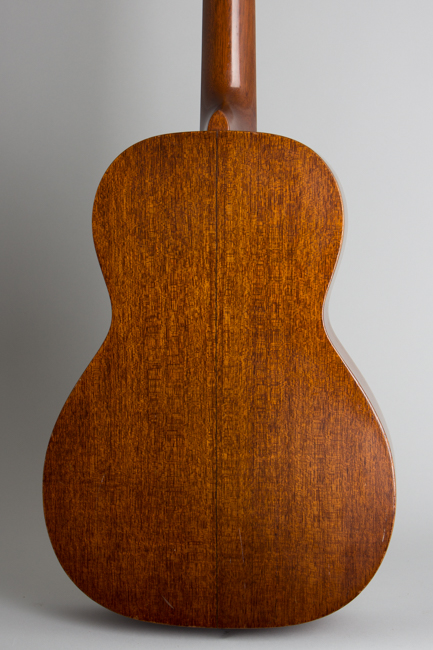 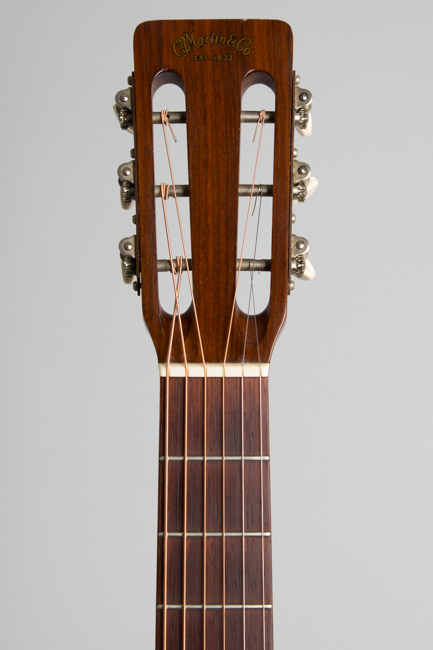 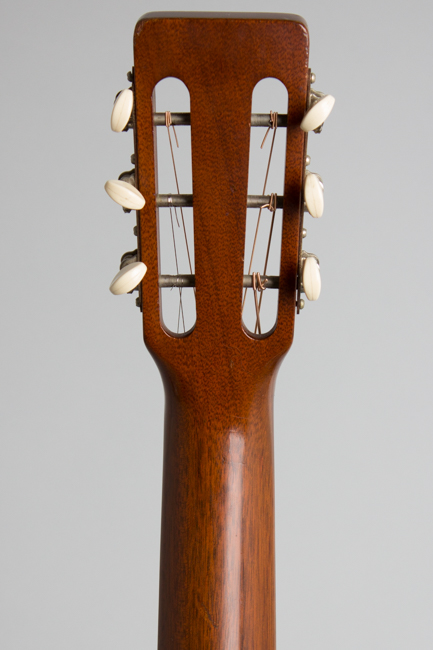 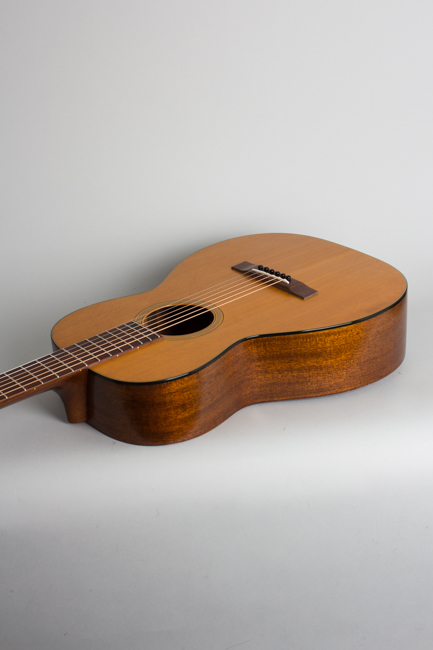 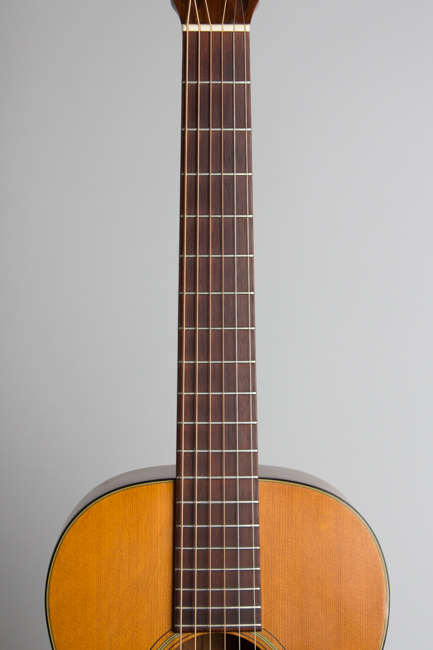 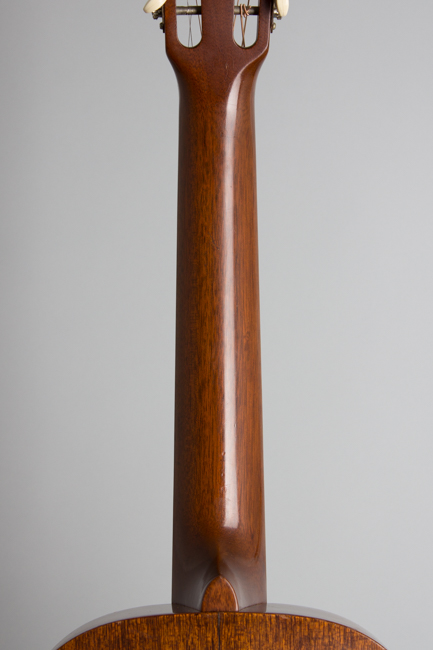 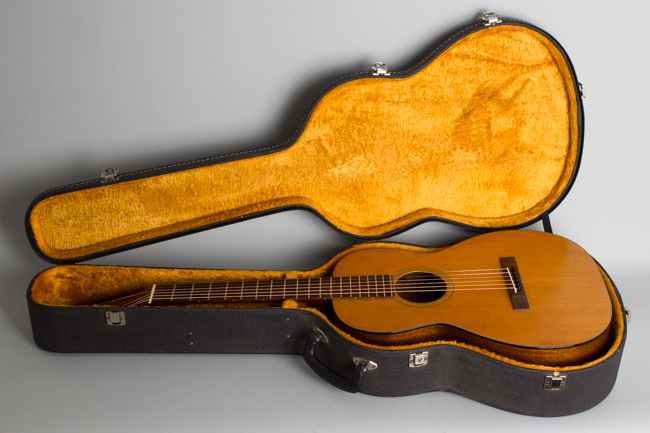 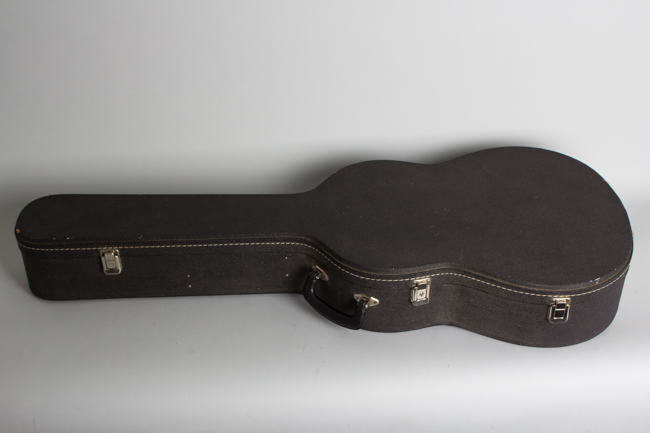 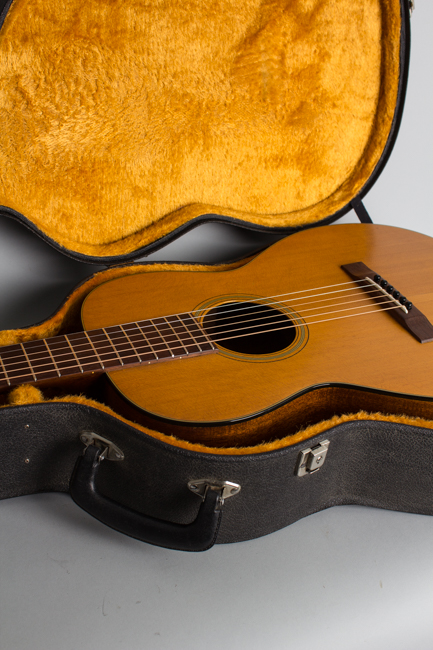 This 0-sized 12-fret Martin is an early (if unheralded) example of a "vintage" re-issue; one of the first in the company's history. Beginning in the early '60s there was a groundswell of interest in the "old" 1920s-style Martin guitars with 12-fret neck joints and wider fingerboards. At the time these were considered more "authentic" folk instruments than the newer 14-fret styles built since the 1930s. Joan Baez in particular was very influential in this regard; her use of an already-vintage 12-fret 0-45 became an icon of the era and many players wanted a similar sized instrument.

The 0-16NY was offered beginning in 1961, designed as an affordable guitar for folk-style playing with either steel or nylon strings; to this end, they were built much lighter than the "modern" steel string Martins of the time. The satin (non-gloss) finish and trimmings are very plain but the guitar is built with Style 18 materials: a spruce top, mahogany body and neck with a rosewood fingerboard and bridge. Exactly 500 of these were shipped in 1971, proving the design had "legs" well beyond the folk boom of the early '60s.

Although not sold originally as such essentially this is a re-issue of a late 1920s 0-18, with a wide 12-fret neck, slot head, small bridge, no pickguard, and only side dot position markers. Although advertised as suitable for nylon strings or steel when new, these guitars have full traditional Martin X-bracing and handle light steel strings perfectly well. Suitable for many styles beyond traditional folk, this is a very nice somewhat under the radar Martin model still.

Overall this is a nice clean and original example, showing some minor wear but no abuse. The finish has some checking overall but not much play wear, just some small dings, dents and scrapes overall and a set of pick or nail marks to the top below the soundhole. There are some minor chips and dings to the headstock edges but the back of the neck is quite clean. The neck has been neatly reset, the frets polished and the bridge is an exact replacement, so playability is excellent. The top center seam has been resealed and there is one neatly repaired and grain crack to the back off the rear edge. This is a fine playing, sweet sounding guitar with more power than one might expect from a 1971 model; a relative bargain in a 50+ year old small-body Martin. Excellent - Condition.
×