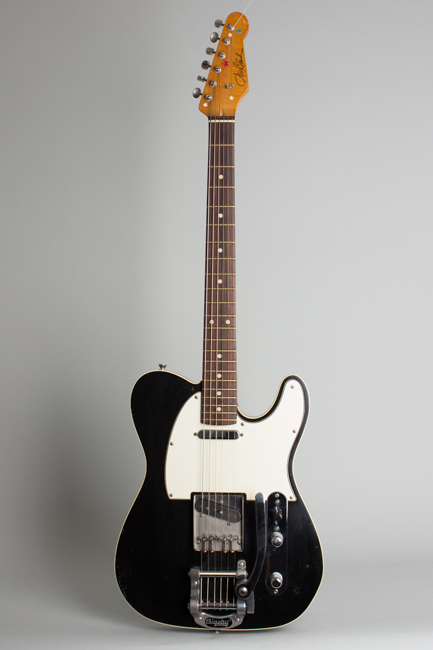 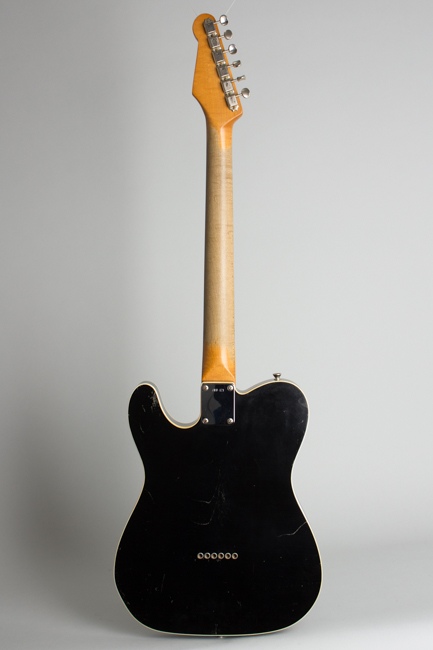 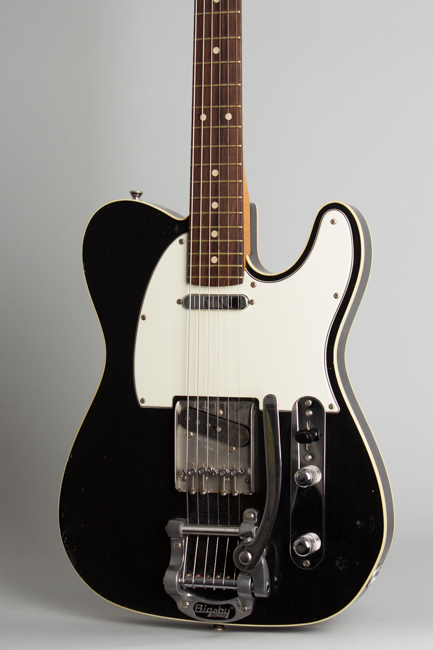 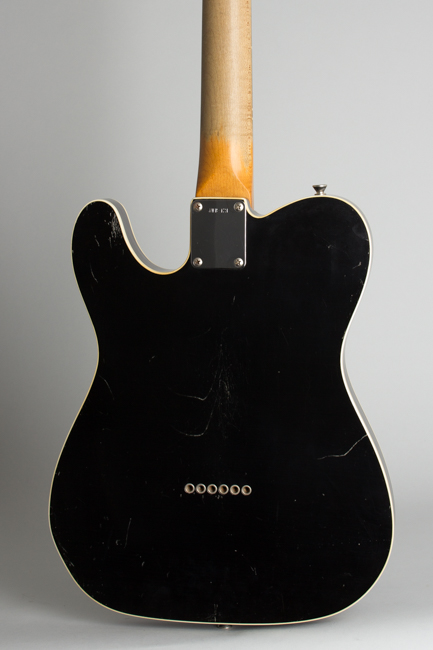 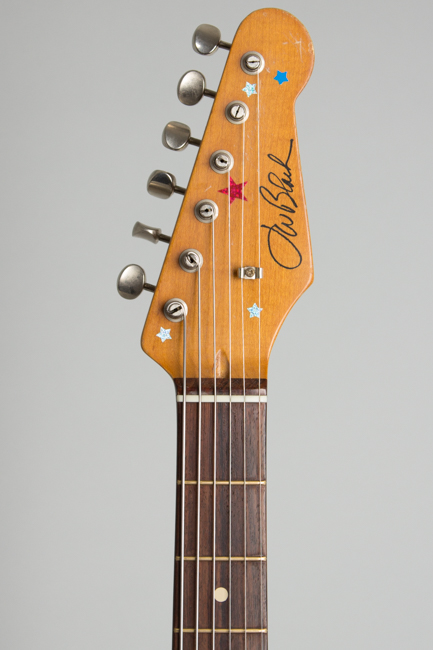 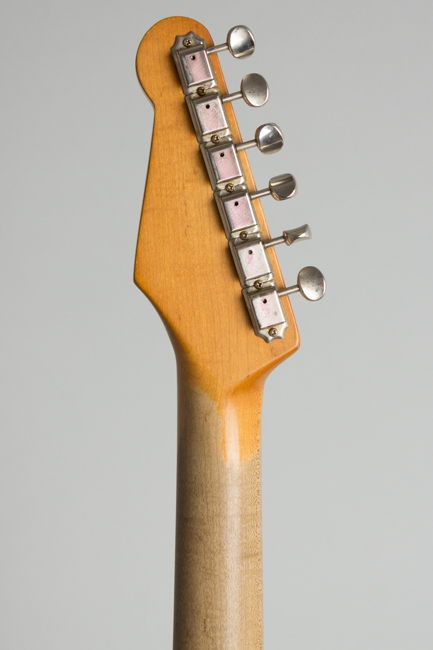 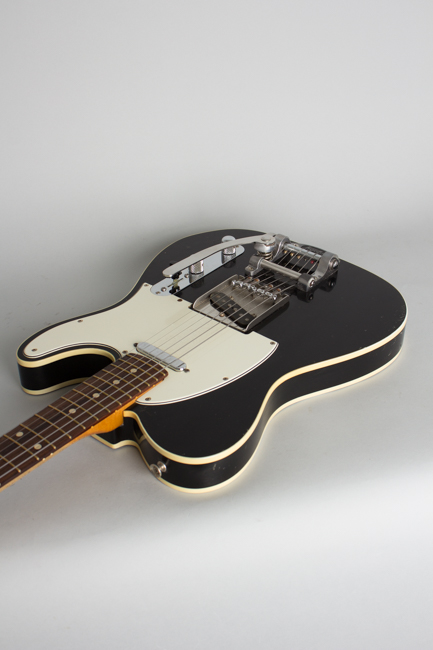 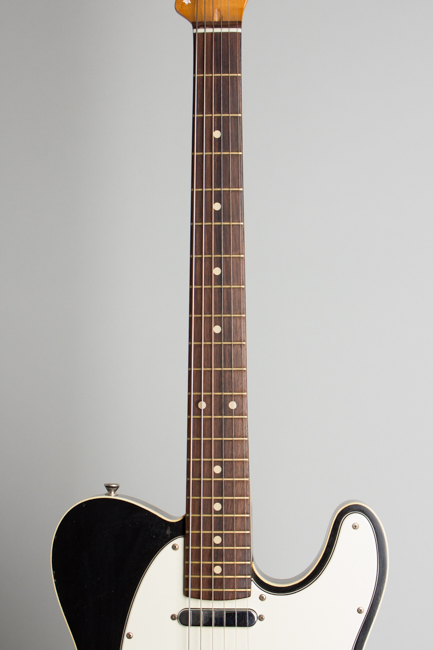 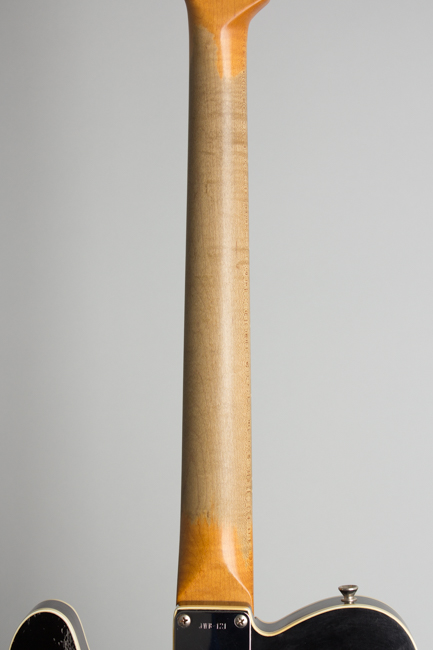 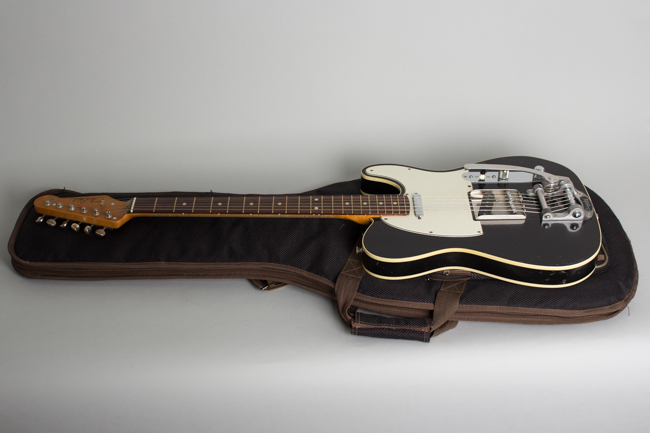 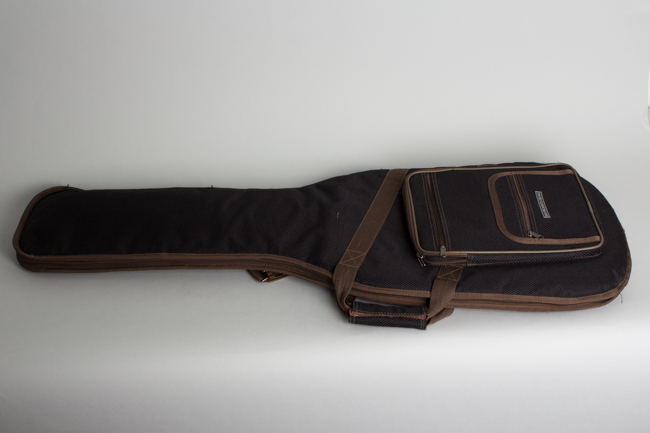 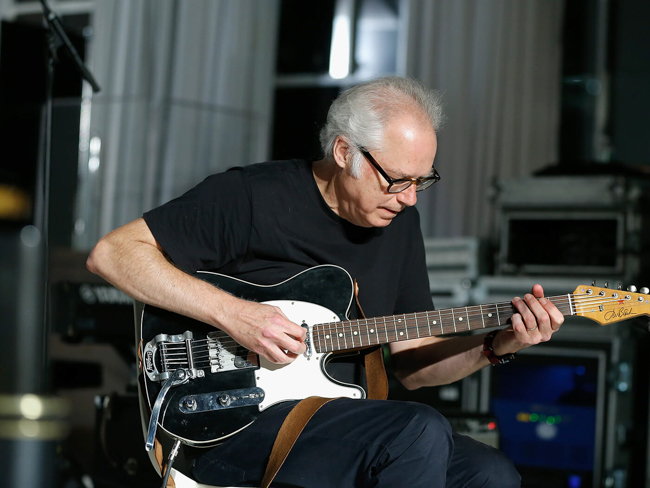 This Telecaster Custom style instrument was custom built by former Fender Master builder J.W. Black for Bill Frisell, and extensively employed by Bill on a number of occasions. It was the only guitar used to record the entire album "Guitar in The Space Age'" in 2014, which consists of renditions of 1960's pop tunes. It has also been featured live by Bill numerous times over the last decade.

The guitar itself is a relatively faithful re-creation of a 1960's style Fender Telecaster Custom equipped with a Bigsby vibrato tailpiece. The bound body is finished in black lacquer, the neck in natural with the back of it sanded to bare wood. Differences from the Fender standard include the headstock which is the standard J.W. Black shape, with the maker's logo in black script in the usual spot. The truss rod on the slab rosewood board neck adjusts at the headstock end, and there is an extra fret extension over the body. The bridge is a Mastery Tele unit designed to work with the vibrato tailpiece. The pickups are the Callahan units J. Black favors, wired in standard 3-pisition mode.

Interviewed about making the "Guitar in the Space Age" album, Bill discussed this guitar extensively:

"I ended up playing just one guitar; a Telecaster made by J.W. Black. He used to work for Roger Sadowsky in New York back in the Eighties. He was around in the early days of the Fender Custom Shop. J.'s incredible; his knowledge of Fender stuff is outrageous. He's restored many, many Fifties and Sixties vintage guitars, and I don't think I've ever met anybody who knows them inside and out the way he does. When he puts something together, it's like you're getting one of those real old guitars, but everything is working right."

"J. only builds for customers in Japan these days, I'm very fortunate to have a few guitars he's put together. The Tele I used on this album is special because it has a Bigsby vibrato on it, which is so great for this kind of music. And it has a bridge that's made by a guy named John Woodland, The Mastery bridge. The pickups came from a guy named Jeff Callahan in Eureka, California - Callahan Pickups. He was another guy J. hooked me up with. I'm really liking Jeff's pickups. I have them in this Tele, and in a Strat, too."

We are honored that Bill has entrusted us to help this special guitar find a new home. It is a simply wonderful instrument and a delight to play, apart from its already full resume as a major piece in Bill Frisell's fretted arsenal.

This guitar remains exactly as last used by Bill Frisell, including the strings and setup. It shows some general play wear overall, and marks on then top from having been wiped down repeatedly. There is corrosion from hand contact on the back edge of the bridge. It is set up with flatwound strings and a medium/low action as per Bill's preference, and at some point small sparkly stars were added to the headstock face.

This is a supple and lovely guitar to play, and simply one of the finest modern/vintage Tele style guitars it is possible to imagine, fashioned by a master builder for a master player. It includes the gig bag it has lately traveled extensively in. Excellent Condition.
×