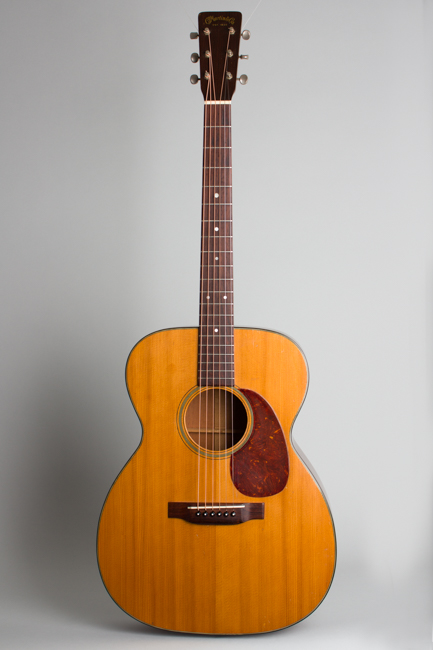 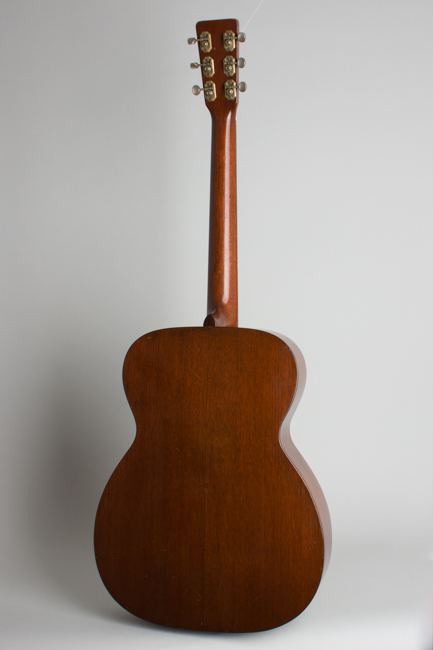 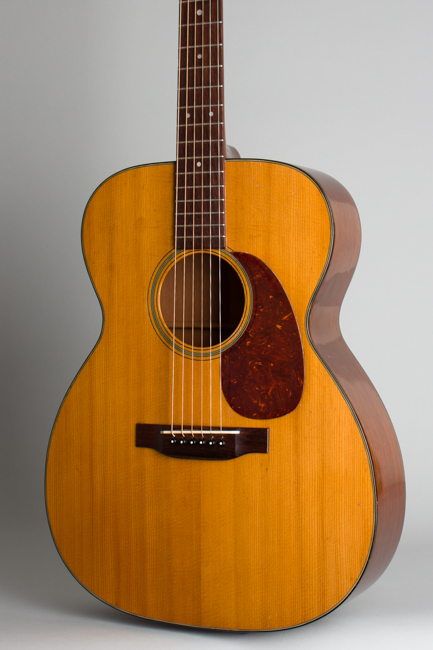 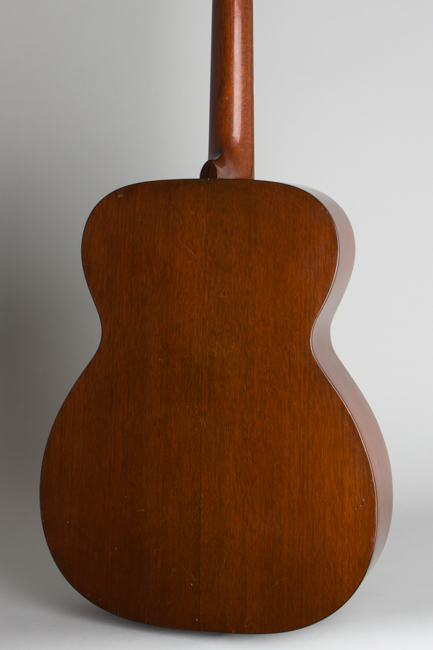 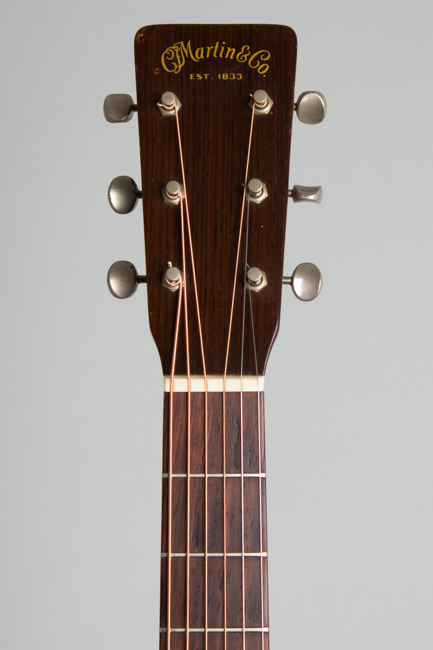 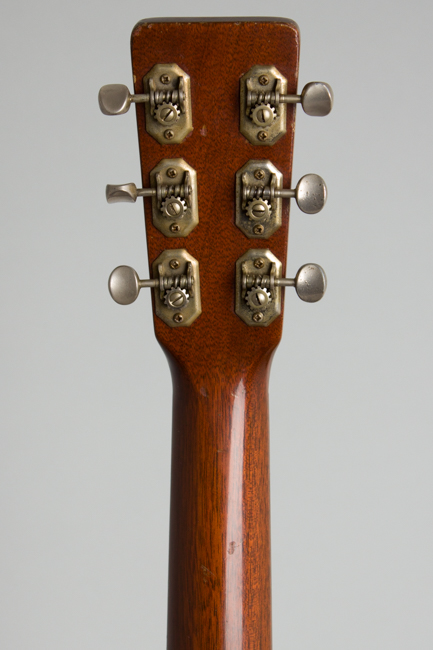 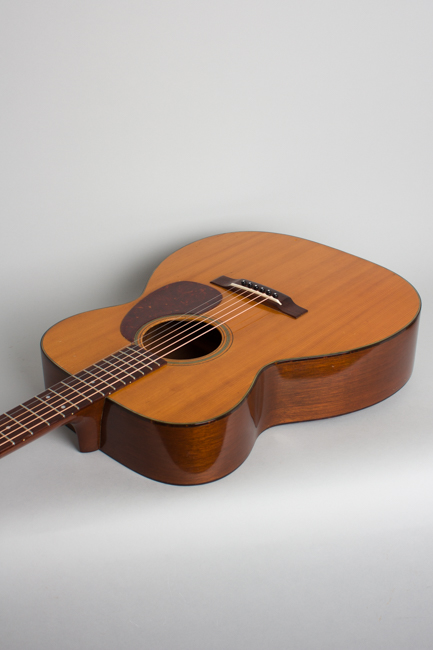 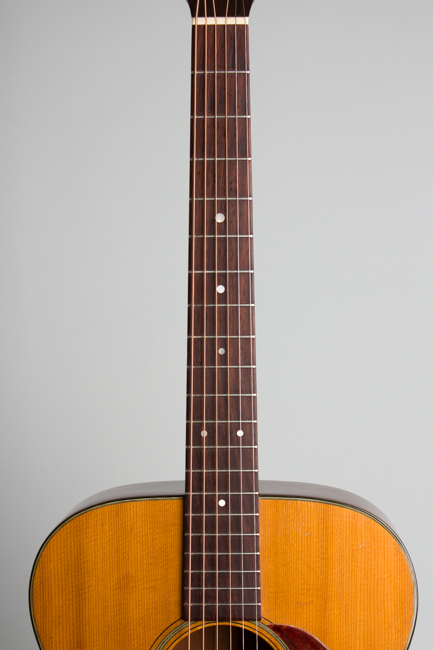 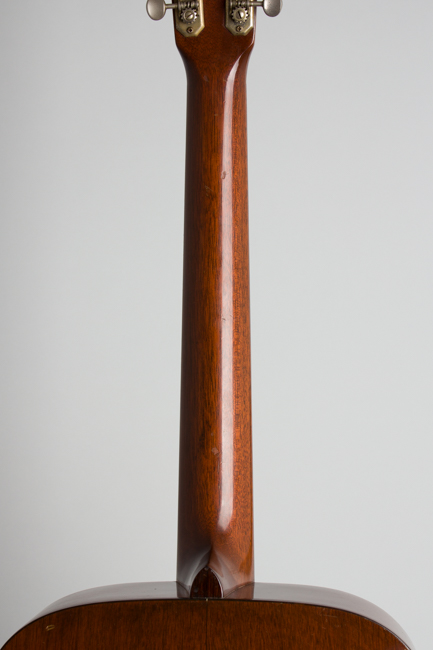 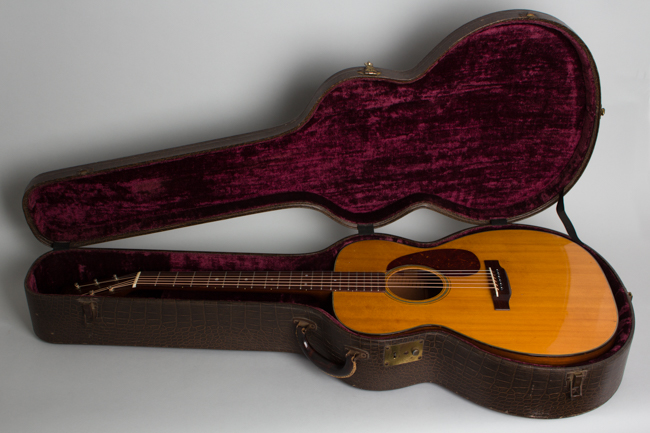 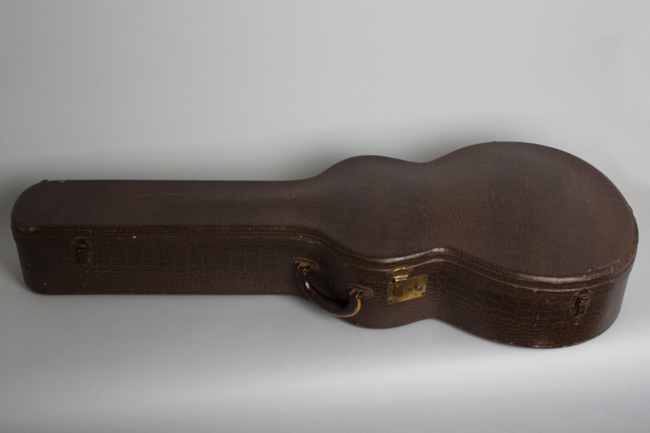 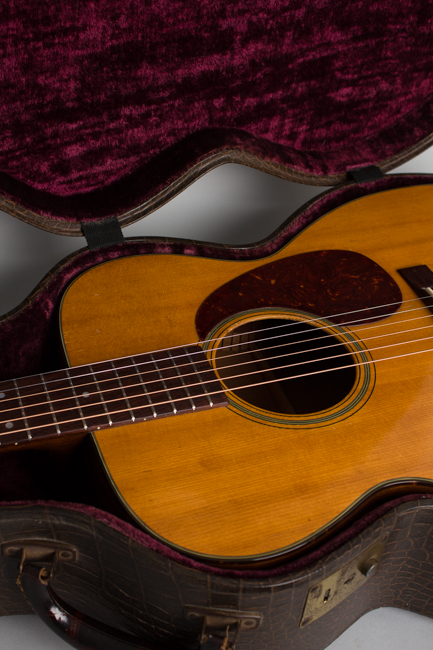 To many players and Martin aficionados, the 000-18 has remained one of the company's most propitious and beloved combinations of wood, wire, and inspiration. The light mahogany back and sides coupled with a spruce top make for a transparent but warm and responsive guitar; the 15" wide narrow-waisted 000-size body contributes both depth and clarity to the sound. The 14-fret 000-sized instrument was introduced as the OM-18 in 1930. After 1933 nearly all Martin guitars were built in this new "Orchestra Model" format, so the OM designation was dropped and the model simply called the 000-18, one of the company's mainstays ever since.

While not a particularly expensive guitar by 1950s Martin standards, listing at $95.00 (plus case) in 1951 the 000-18 still represented a substantial investment to many players. This is not a flashy guitar; the trim is discreet with tortoise celluloid on the body edges and a simple multiply sound hole ring. In classic Martin style, the elegant understatement speaks for itself. Despite its lack of flash, this was always a fully professional instrument popular with radio entertainers, most obviously the country acts common in the Southeast.

This example was built late in 1951, one of a total of 425 000-18s shipped that year. It incorporates typical post-war Martin style 18 features including lovely mahogany on the back and sides, a superb straight-grained spruce top, Brazilian rosewood fingerboard and bridge, and tortoise celluloid pickguard and body binding. The neck is mahogany with a fairly slim "C" profile; the fingerboard inlay is mixed size dots and the tuners are open back individual large-plate Kloons with metal buttons. This 000 has seen some use but remains cleaner and more original than many from this period. It is an excellent fingerpicker's instrument but also has a lot of punch and clarity as a straight rhythm machine as well.

This 000 shows only some light typical wear to the finish including checking and small dings, scrapes and scuffs, but overall remains relatively clean for being close to 70 years old. The top has none of the heavy pickwear common on older Martins; the only spots into the wood are some loss to the lower pickguard rim and a very small spot just off the back edge of the pickguard. There are a couple of small but deeper dings on the lower top near the back rim. Apart from these the top finish is relatively clean, and the entire guitar has only comparatively light wear.

This is also a beautifully original instrument and shows no cracks at all, which is unusual for a Martin of this vintage. The finish has never been oversprayed, there are a couple of touchups (mostly by the jack repair) and that's it. The bridge appears original and uncut, and does not appear to have ever been reglued. The only notable repair is an old patched jack hole a bit farther back than the typical spot on the lower rim, a well done job but visible. Oddly enough the endpin is the old 1950's aluminum piece sold with DeArmond pickups, with a hole in the center for the cord to pass through.

The back of the neck is quite clean with just a few small dings. The guitar has been neatly refretted with correct style wire and had a superbly clean neck reset, so playability is excellent. The fingerboard was trued but still shows the traces of a couple of divots in the first position. This 000 is an excellent player both finger-and flat-picked with a huge, ringing and punchy sound, ready to play in any style well into the 21st century. The original alligator-grain hardshell case is included still in excellent shape, itself something of a rarity! Overall Excellent Condition.
×