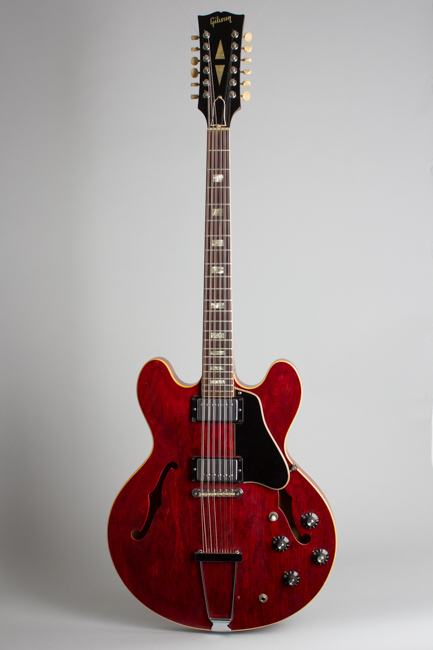 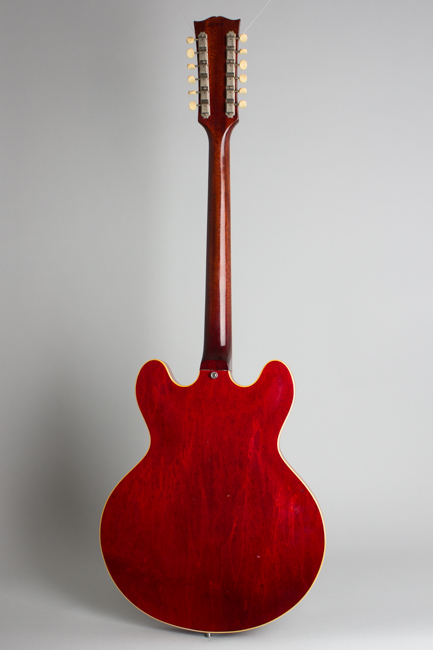 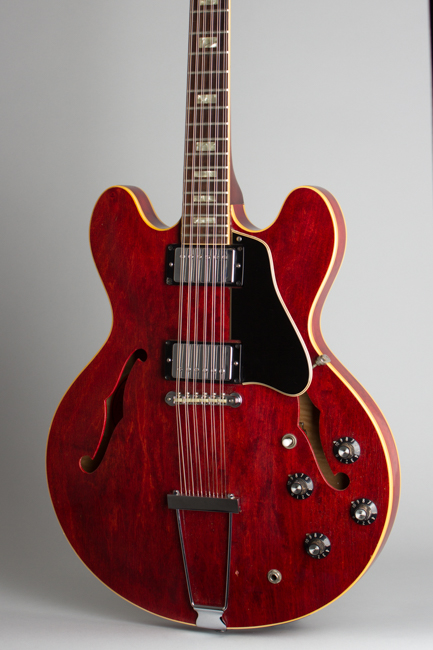 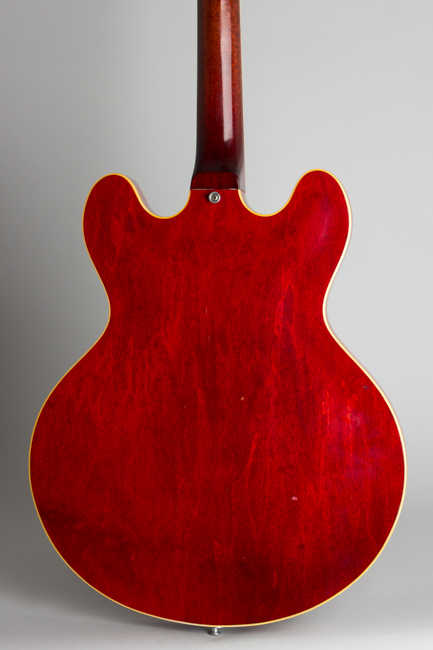 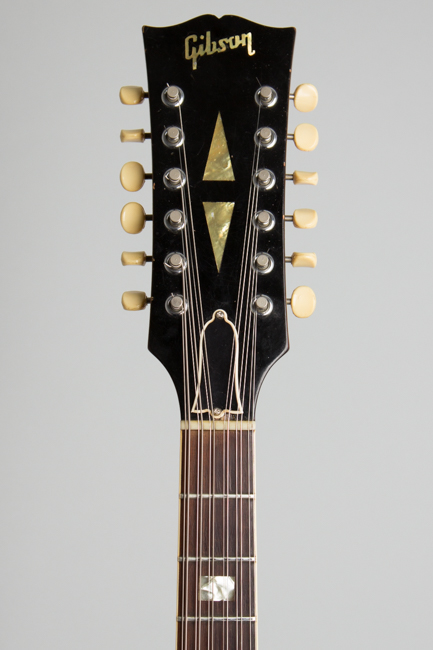 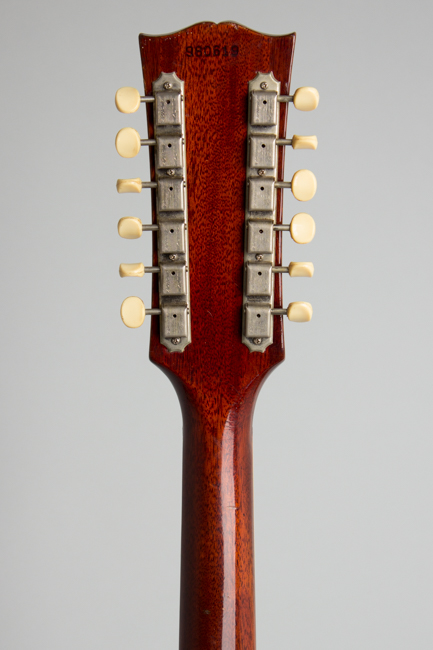 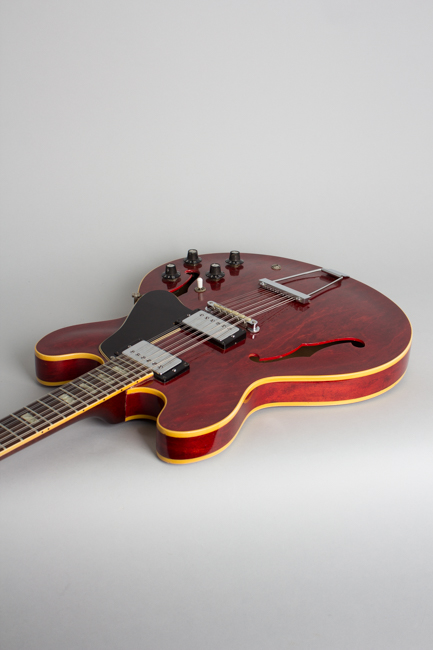 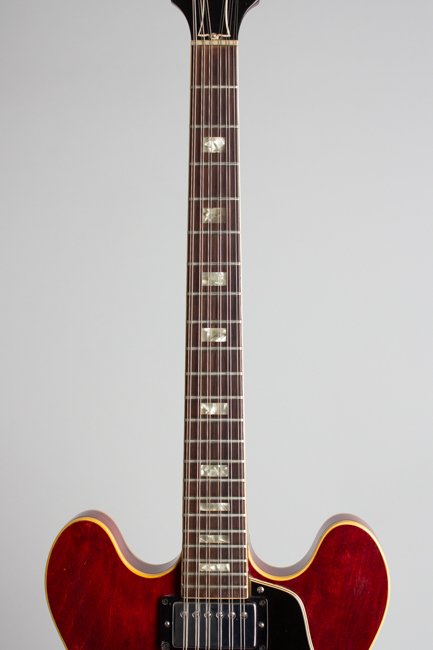 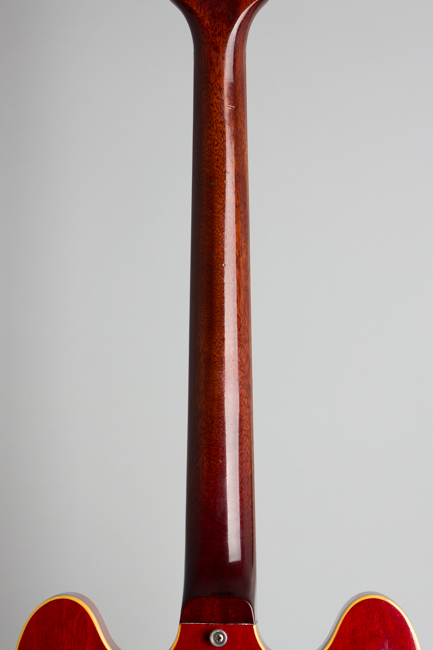 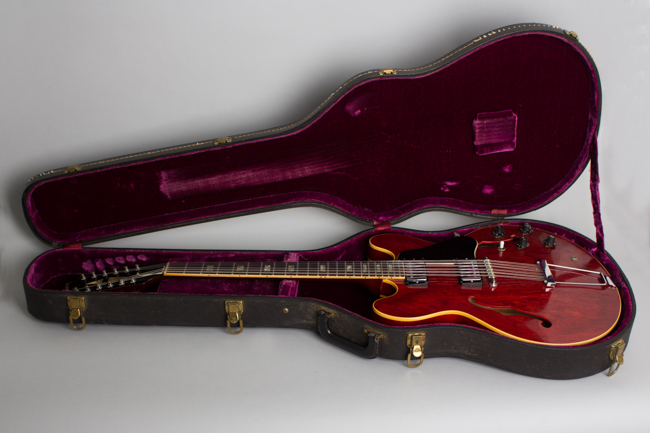 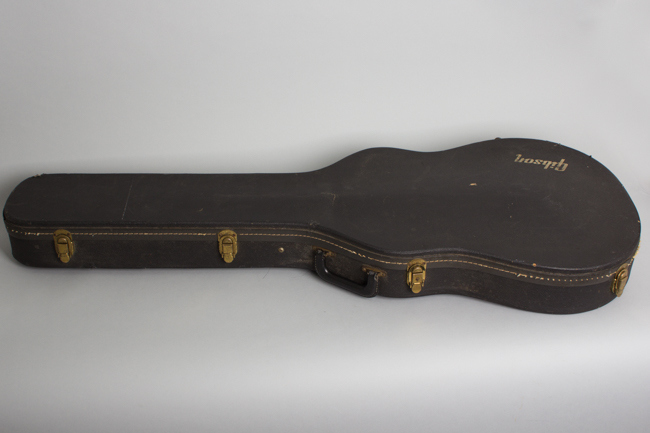 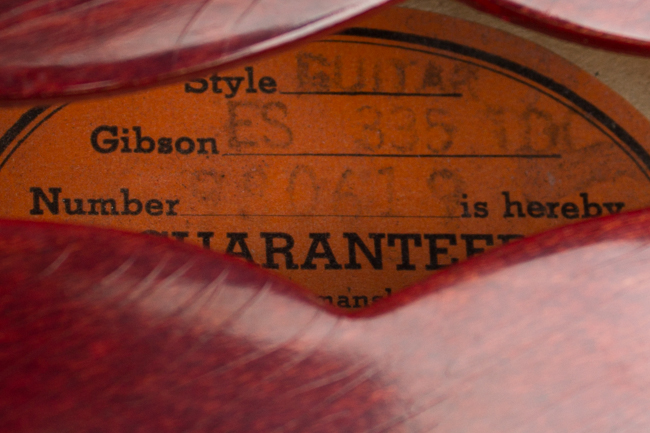 Gibson's first single-neck electric 12-string, the ES-335-12 was introduced in mid-1965 in response to the 12-string craze which followed George Harrison's featuring of a Rickenbacker 360/12 in the prior year's "A Hard Day's Night". The model was a straight adaptation of the standard 335 design, with only an extended headstock and 12-string tailpiece as alterations. The 12-string ES-335 was fairly successful over the next couple of years but was phased out of production in 1970, so is now not nearly as plentiful as its 6-string sibling.

This example was built during 1968, one of only 124 made that year. This was just past the model's production peak, as 12-string electrics quickly became rather unfashionable in the oncoming "Heavy Music" era. It sports a lovely deep cherry finish with lots of grain showing through, chrome-plated hardware and the later '60s-style "Witch Hat" knobs typical for this year. The neck is quite slim, comparable to the Rickenbacker that was its primary competition.

This model was used by Robbie Krieger on the Doors' "Love Her Madly" and Richie Furay of the Buffalo Springfield, as well as the Beau Brummels and many other period Rock acts. The ES-335-12 remains one of the 1960s' better-sounding and playing electric 12s; a very fine instrument, even if not generally considered an all-time Gibson classic.

This is a clean and 100% original; guitar, with just some minor wear overall. The finish shows light checking and small dings and chips but no heavy wear. All hardware is complete and original. The frets have very light wear and playability is excellent. It is housed in a Gibson hardshell case that appears correct to the instrument but lined with the purple velvet we associate more with slightly later cases; perhaps the guitar sat in stock for a year or so before being mated with it when sold. At any rate this is a lovely package of Kalamazoo goodness overall. Excellent Condition.
×