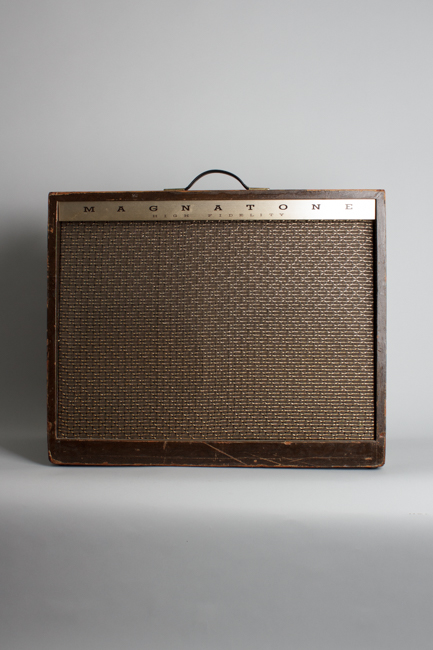 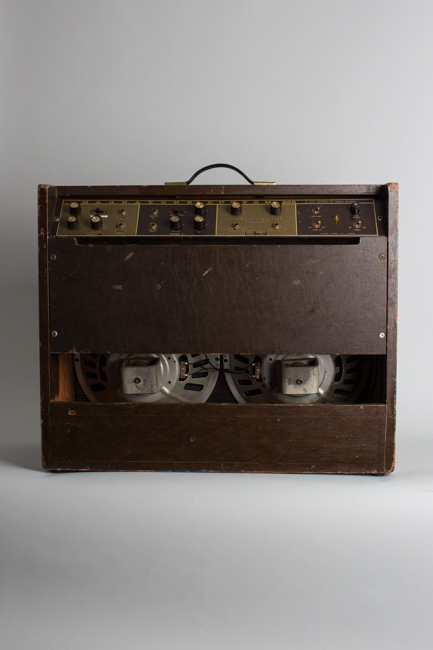 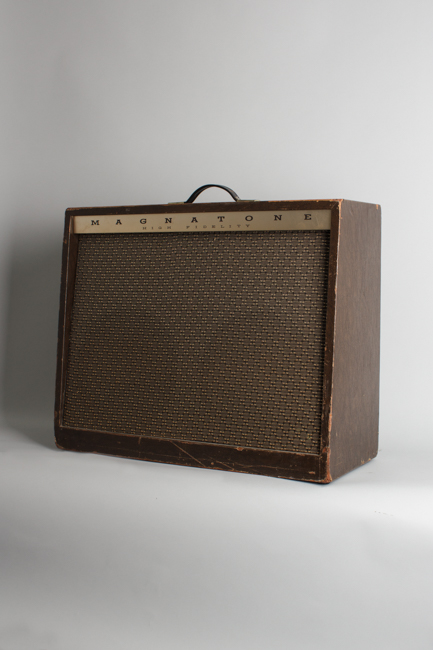 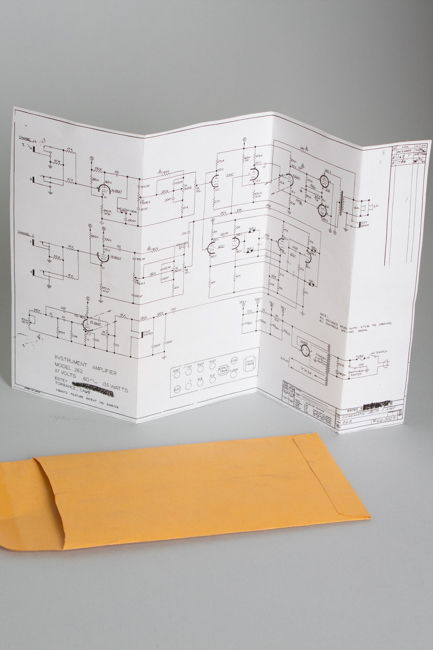 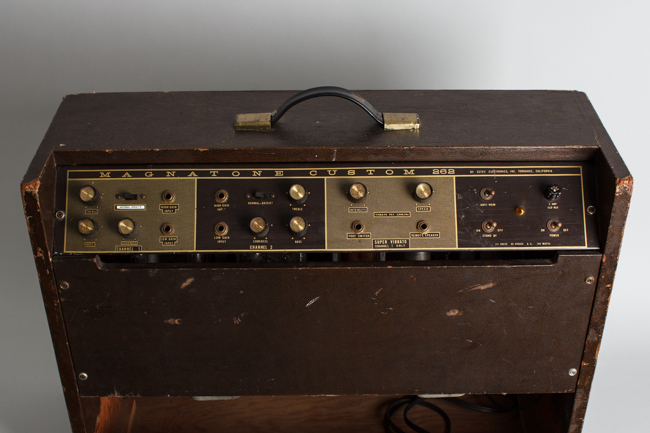 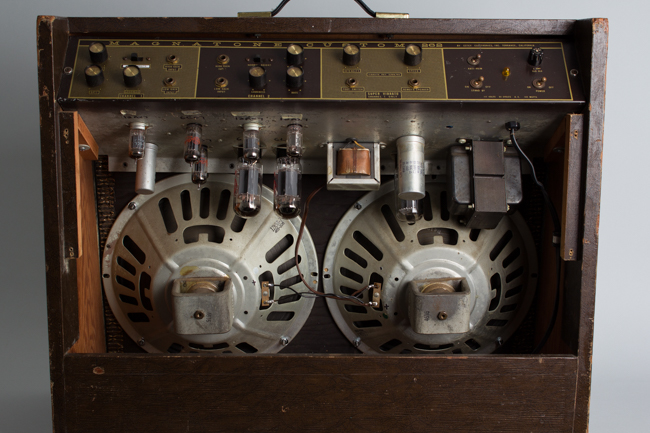 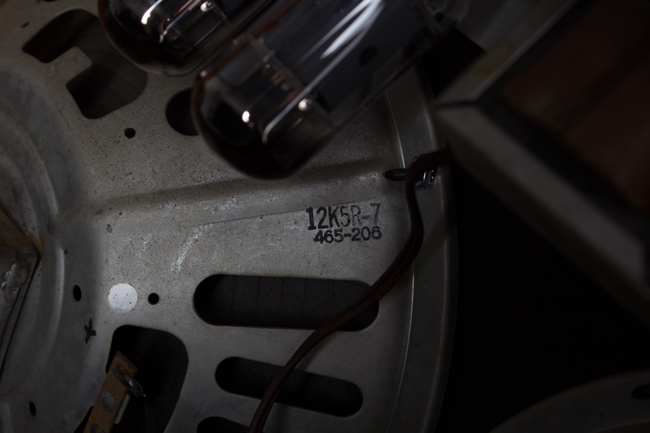 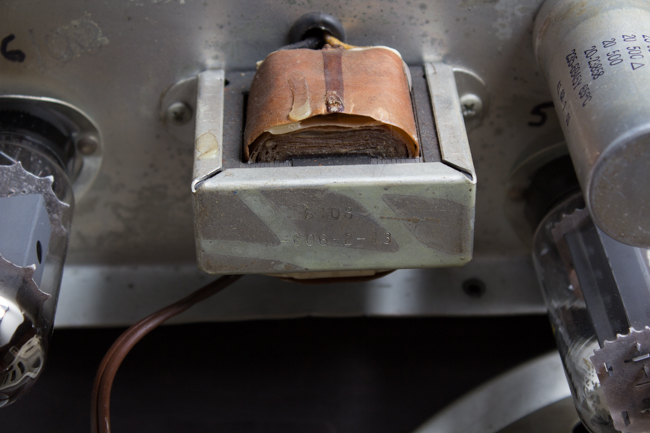 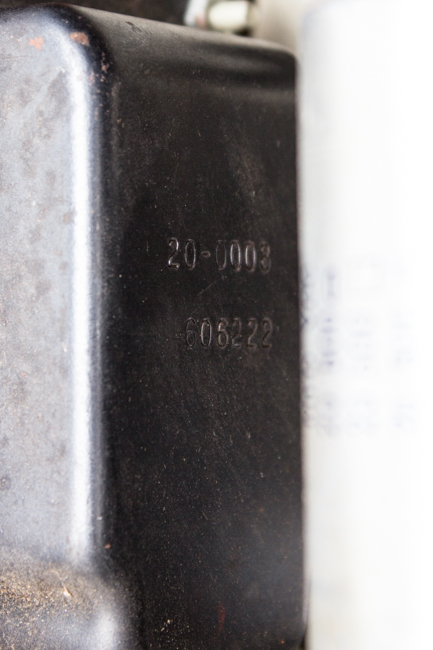 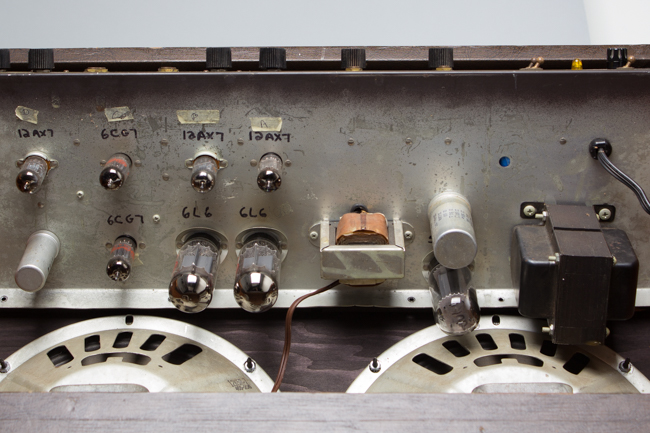 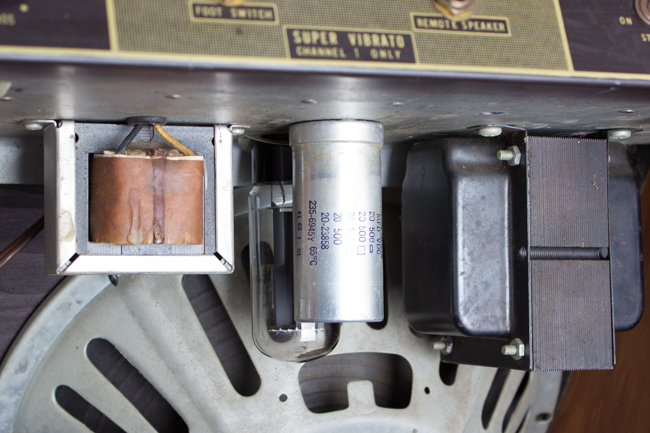 The Model 262 was one of the Magnatone company's premium amplifiers of the early 1960's, produced only between 1962 and the first half of 1963 for a list price of $300.00. It was the direct descendant of the 260A, which became the 460 with added reverb when the Magnatone's 400 series emerged in 1961. The 262 continued as the non-reverb model but featured the updated cosmetic trim of the 400 series.

This model did not appear in the 1961 catalog, however, but might have been brought back because a non-reverb 460 model was requested by dealers or by one of Magnatone's major OEM customers, like Imperial or Deffner. With about 35 watts of power output the amp features two channels, each with its own volume, treble and bass controls in a Baxandall arrangement, as well as a mellow-normal switch. The amp also features the famous pitch-shifting varistor vibrato Magnatone is known for, their most unique and defining feature!

This is a nicely preserved amp overall, showing use but no abuse. The exterior is in excellent condition considering how prone to wear Magnatones from this era are, due to the rather fragile build quality of the cabinets. The fairly thin fabric covering is mostly intact, with the exception of some scuffing around the corners and edges. The rear-mounted control plate has some very minor wear, most of the two-tone graphics are nicely well-preserved. The grillcloth is in very good shape with no tears. The original handle is intact and the knobs are original as well.

Electrically, the amp is nicely original. It retains both the original Schumacher power and output transformers, marked 606-222 and 606-213, respectively and the two 12 inch Oxford 12K5R-1 speakers are original to the amp as well and date to the 6th week of 1962 (465-206). The amp has had routine maintenance performed, including replacement of all electrolytic capacitors, the installation of a 3-prong grounded power cord as well as cleaning of all sockets, pots and jacks as well as power tubes biased to spec.

Overall, a fantastic example of one of this great-sounding medium combo amps, excellent for both recording and gigging, and that pitch-shifting vibrato can't be beat! Excellent - Condition.
×