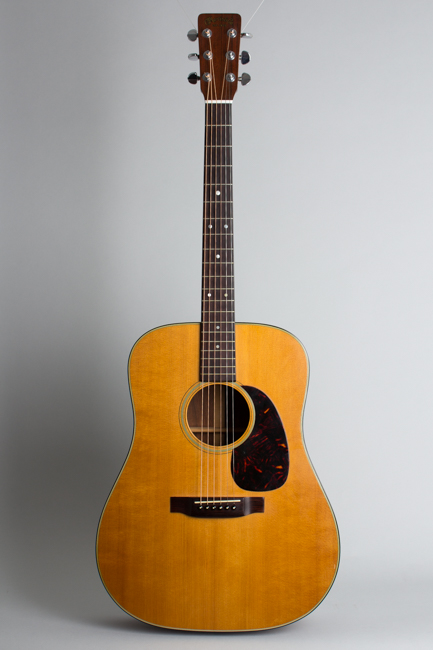 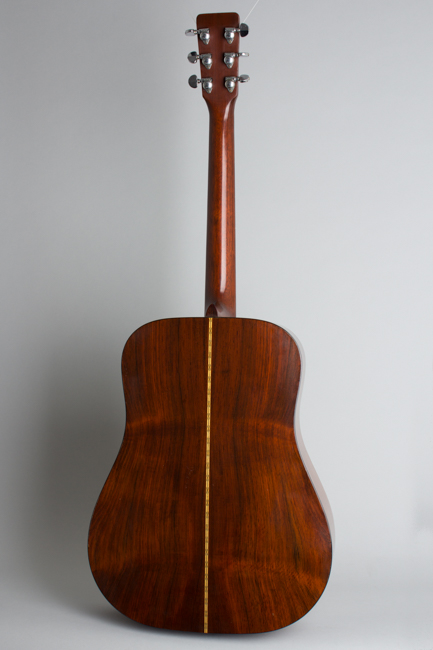 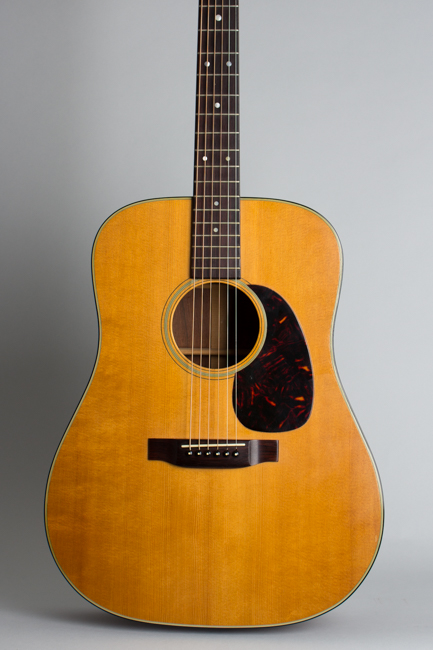 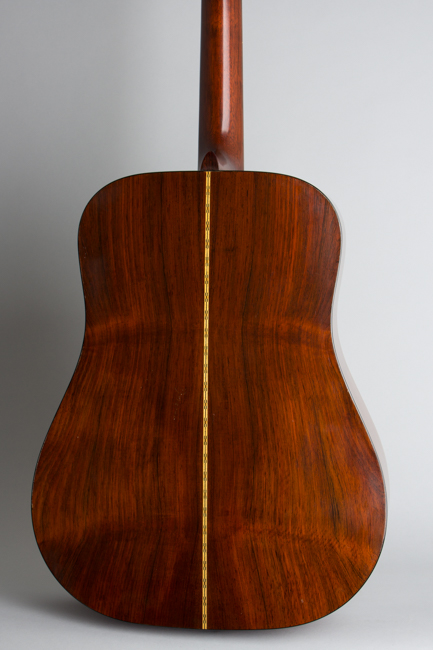 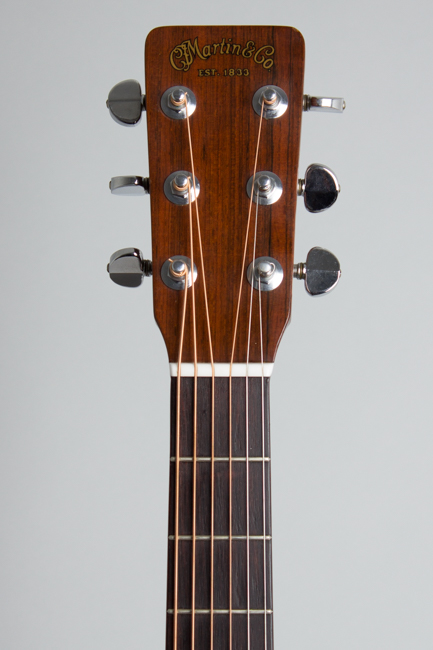 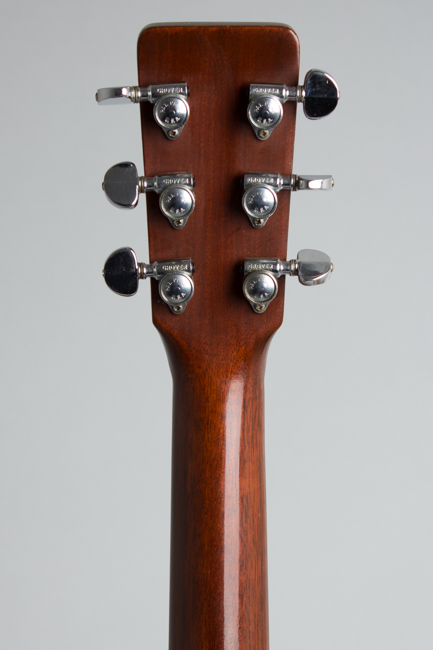 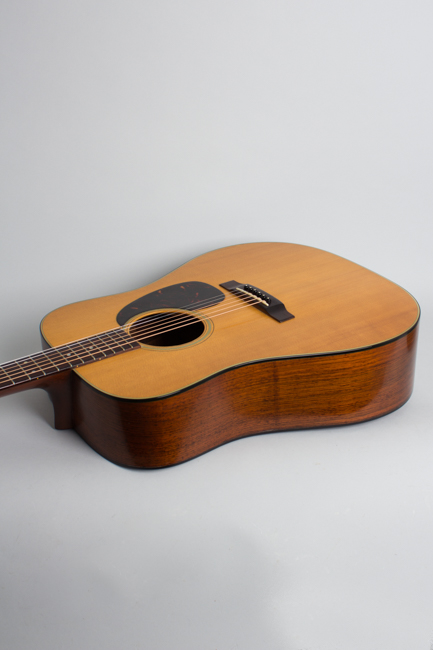 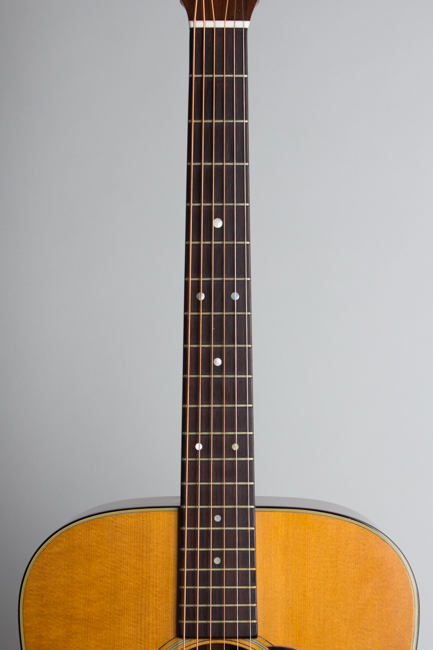 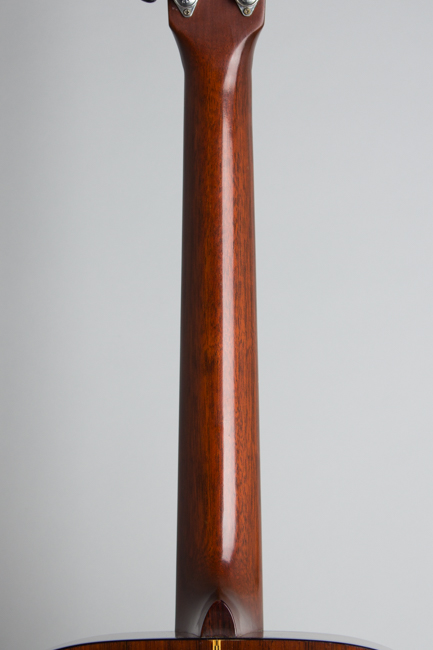 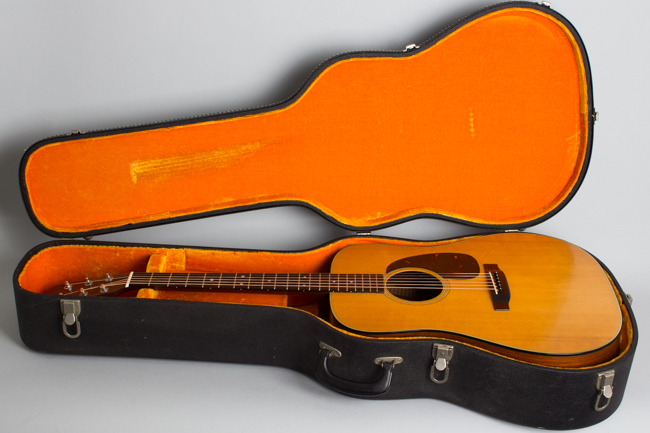 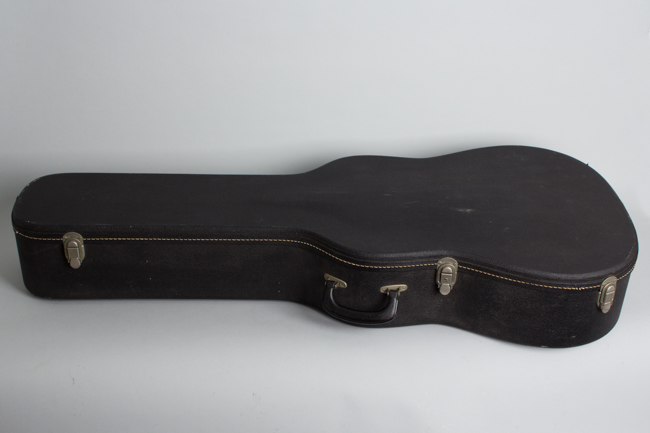 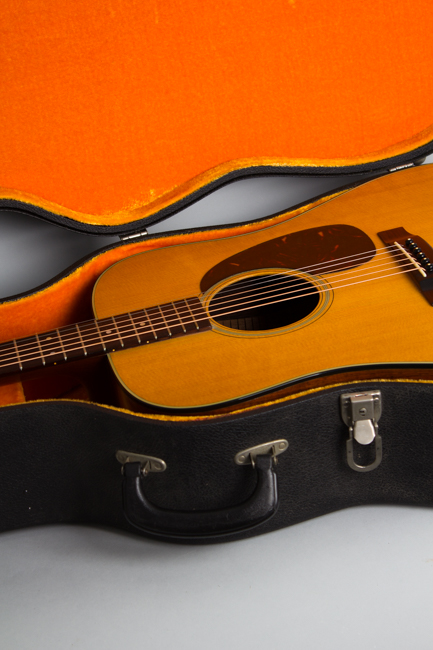 The D-21 may be Martin's most overlooked guitar, among the rarest of 1960's Dreadnoughts. It basically combines Style-18 cosmetics with the Brazilian rosewood body of the D-28. Although $60 less expensive than the D-28 at $315 in early 1966 (up to $345 just months later) only 200 were produced that year compared to nearly ten times that number of D-28's. Apparently regarded as neither fish nor fowl among Dreadnought customers, the D-21 languished despite (reportedly) being C.F. Martin III's personal favorite model.

This is a superb 1966 example. The nicely aged ambered spruce top has a tortoise shell celluloid pickguard and binding, with the then-new short-saddle rosewood bridge. The bridge plate is still the older style small maple piece, which Martin would change about two years later by substituting a big block of rosewood. The Brazilian rosewood back and sides have the even grain Martin preferred with a bit of wave on the back on either side of the chain-pattern backstrip.

The unbound rosewood fretboard has pearl dot markers. The headstock shows the rounded-corners typical of this era (when Martin's shaping templates having become very worn from use) and carries original PAT. PEND. Grover Rotomatic tuners. Although built in Martin's then-new larger factory this guitar retains the older handmade feel that would increasingly become obscured as the decade turned.

Some old guitar hounds insist that the D-21 is actually the best-sounding of all postwar Dreadnoughts; something about the combination of the rosewood body and the narrower binding channel at the edge of the top. Fact or voodoo? We're not sure, but we have encountered some really splendid examples of this model -- here's another one!

This D-21 is a simply a super clean example, showing very little wear overall. The finish has some very small dings, dents and scrapes but hardly any real play wear. The only notable repair is a carefully repaired and cleated B string crack off the top edge of the pickguard; this was sealed but not touched up so is still visible. We believe the neck has been reset but it is such a clean job there is very little evidence. It is an excellent player with a nice chunky sound; we would think some serious play time would bring out even more. It is housed in a period yellow-lined Victoria HSC that was not standard Martin issue but appears to have been with the guitar for a long time. Excellent + Condition.
×