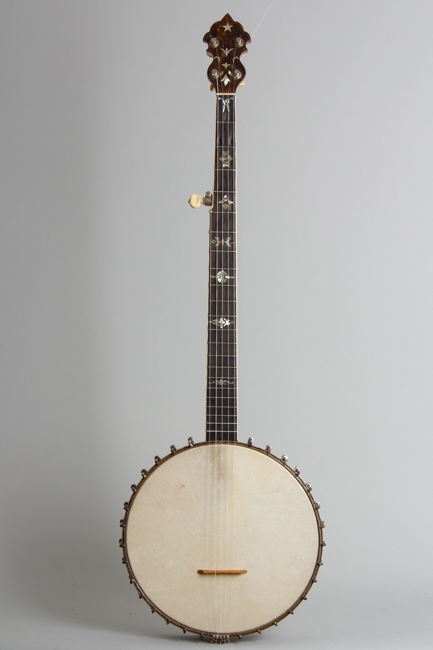 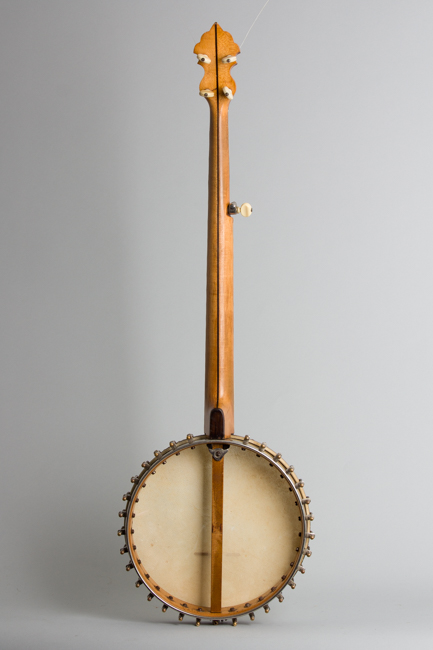 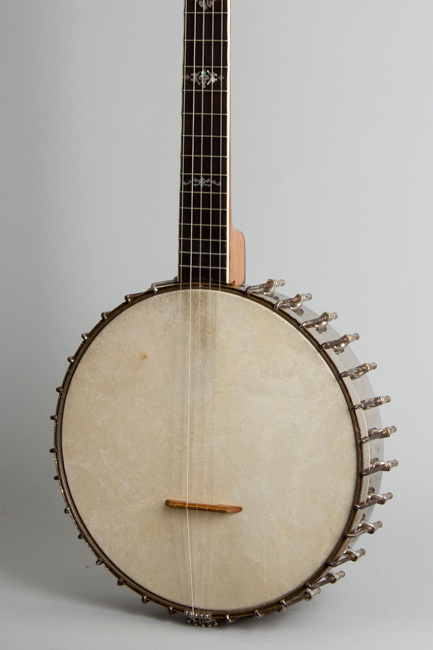 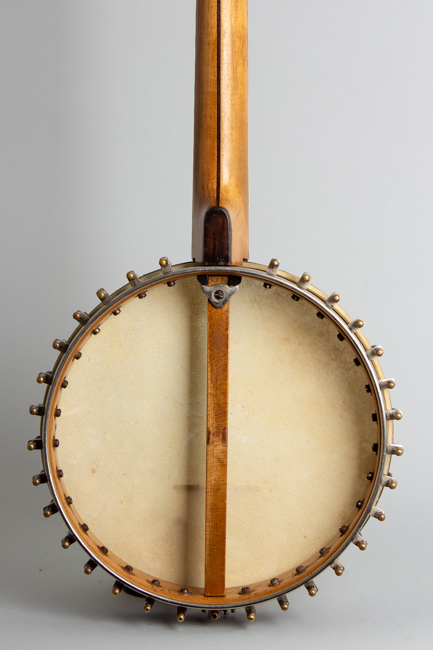 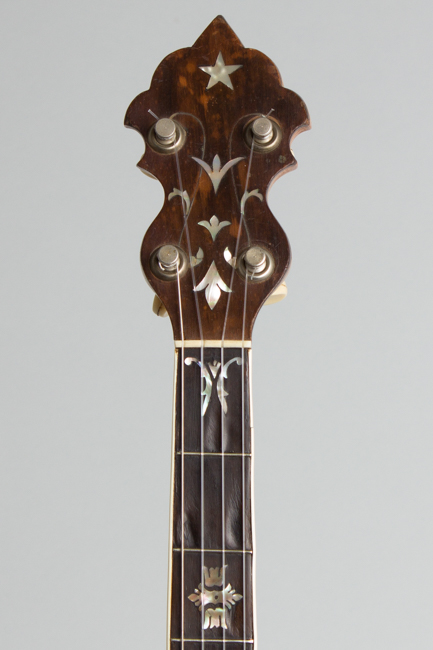 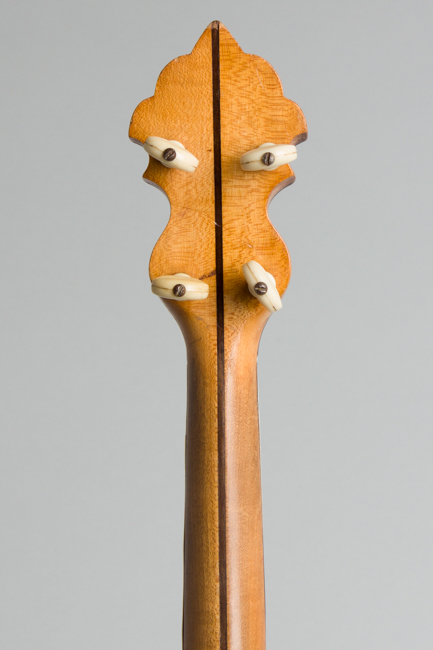 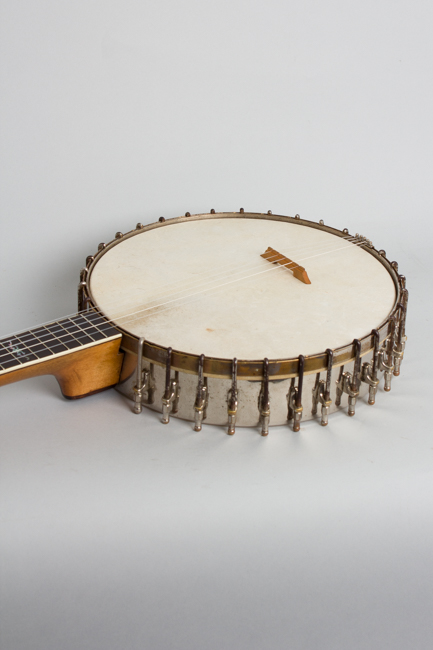 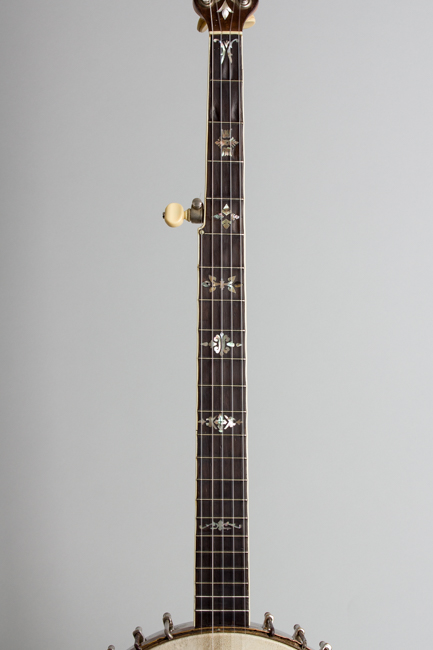 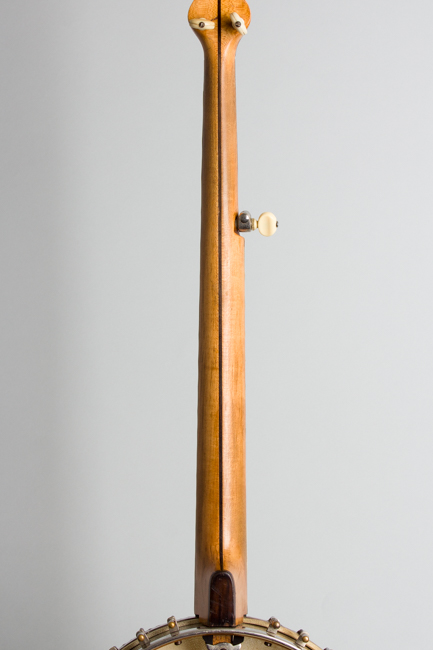 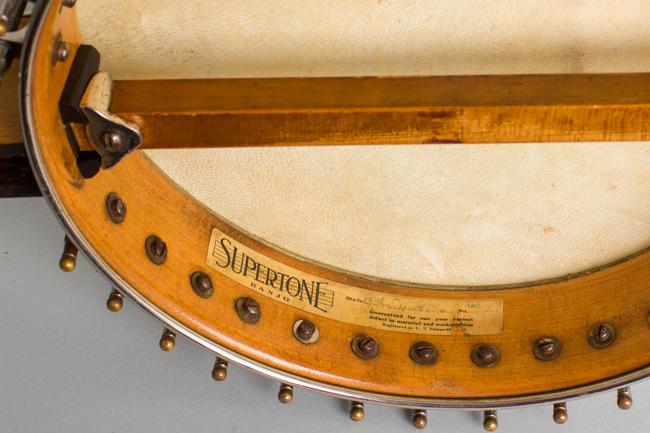 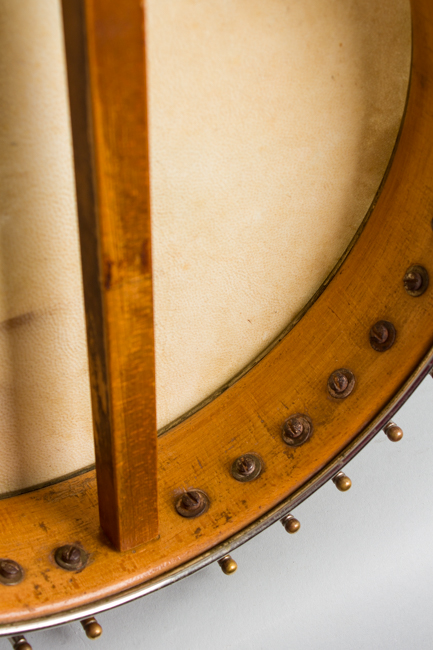 Despite its Sears & Roebuck catalog origins, this is a fairly classy 100+ year old banjo, adorned with lovely colored abalone inlay and made with good quality woods. This is a fairly typical spunover rim instrument, made by Rettberg and Lange in New York for Sears in Chicago. The neck is laminated maple with a bound "ebonized" fingerboard, rather lavishly inlaid for a mid-line instrument. The headstock is capped with dyed wood and also neatly inlaid in a fairly delicate Nouveau pattern.

The rim is made of maple covered externally with metal sheathing and equipped with 30 brackets and a heavy notched hoop. The Supertone label inside is stamped "881" in the spot allocated for the serial number, although this may actually be the style number instead. Penciled on the label under "Style" is "October 5th 1918" which in lieu of any other information we will accept as the instrument's birthday! This is a cheerful instrument, well if not exceptionally neatly made and still a charming player more than a century along.

This banjo has wear general overall, most notably to the back of the neck which the lower positions is worn down to the wood. The fingerboard has notable divoting in the first position. The plating is heavily worn on the hoop and hooks, and a bit scuffed on the rim but still shiny and there substantially intact. There is an extra hole in the neck of the rim from the dowel being re-set long ago; this has been corrected and the dowel returned to its proper position.

The friction pegs on the headstock are old but later period units than the banjo, the fifth string peg is a much later Grover geared piece. The tailpiece is a nice original Elite, the hooks and nuts are a complete original set. The instrument is set up with a good solid calfskin head, older maple bridge and Nylon strings making for a very easy player with a sweet sound. Very Good + Condition.
×